This movie is goofy insane! Also, Cameron Mitchell is willing to appear in anything!

Raw Force opens with a bunch of people flying in a plane to an island. While they fly over it and the opening credits roll, the VHS transfer dies a few times in static. The plane lands, and a bunch of heavys take a group of women out of the plane, where some monks are waiting for them. This sinister group is led by Mr. Speer (who has a 'historically subtle' choice of moustache and an over the top German accent) and his cohort, Cooper, a hippie-type. The head monk, Charlie (Vic Diaz) wants the women's clothes taken off, which Speer instructs Cooper to do, leading to some hilarious dubbing from the women, who only sound mildly inconvenienced at being stripped and thrown into a cage.

Charlie takes one of the women out of the cage, since she's 'too skinnny', which pisses off Speer. Cooper calms him down, and he and Speer go to leave in the plane, while the screen starts static-dying some more. The released girl tries to get on the plane, but is knocked over by Cooper, and while the plane leaves, the monks advance on her, laughing maniacly. Then a zombie samurai bursts from the bushes and kills her!...That did just happen!...I swear I'm not lying, and I also swear that this movie's insanity is still calm and in check so far! 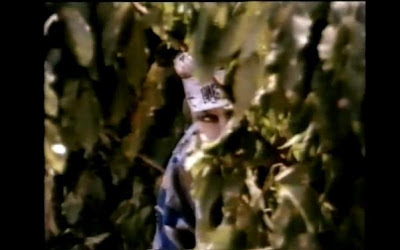 Then the movie cuts to two guys heading for a boat. While they're bing driven there, one of them reads out a pamphlet of an island that was the home to several disgraced martial artists, and a sect of monks who raise the dead. They arrive at the boat and board it, and we see the boat's captain (Cameron Mitchell), who says a hilariously clunky line. The two guys are martial artists, Taylor and Schwartz, and there's a third guy, O'Malley, who is the 'guy who decided to come at the last minute'. 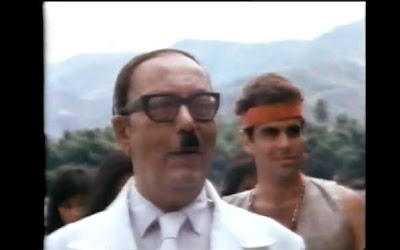 As the boat sails, the two guys spar on the boat with bo staffs, breaking various things, leading Mitchell to yell at the ships owner, Hazel. Next, Schwartz wants a woman for a trick, and a woman, Cookie is volunteered, who, unbeknownst to Shwartz, is an LAPD squad team member. He's teaching what not to do in case of an attack, and he ends up getting thrown against the floor by Cookie. Next we cut to Hazel, who is talking with Chin, a crewmember, about where the boat is docking next. Instead of going past Warriors island (the monks and zombies one), they are stopping by it and going on it. Chin warns the woman that only disgraced martial artists can go there, but is ignored by Hazel. 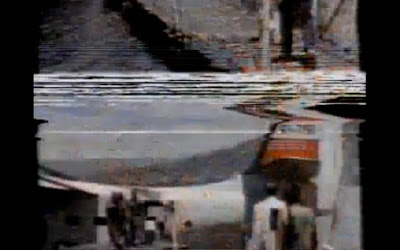 Before the boat goes to the island, the passengers take a sojourn in the nearby city. Two of the guys go to the Palace of 1000 Pleasures, then we cut to Cooper talking to Speer about the expenses of their jade smuggling operation (there's such a thing as A-grade uncut jade?) and how he's entitled to a bigger cut of the profits. Then the two go with some policemen (Speer may or may not be a cop) and raid the Palace of 1000 Pleasures. The two guys get away, along with most of the staff, and later that night, a bunch of passengers from the boat are at a bar. The guys are talking to Mitchell, until he leaves to go to the bathroom. When he walks in, he's held at knifepoint by Cooper, who orders him to walk back out again. Crewmember Chin sees the trouble and attacks Cooper and his men, leading to a huge brawl in the bar. 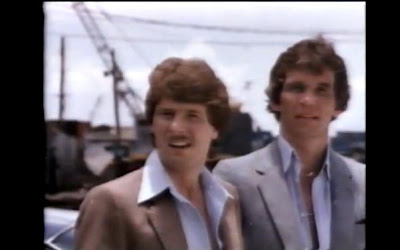 Cooper tries to get away in his van, but when he starts driving, one of the guys jumpkicks through the window and kicks Cooper in the face, leading the van to crash into a box full of chickens. Cooper and his thugs run away. The next day, the ship is leaving, much to the anger of Speer, who doesn't want anyone near the centre of his jade smuggling operation. A little later, everyone on the boat is celebrating the birthday of one of the passengers (with heaps of T&A!), leading to a bunch of strange people, from an over-macho male stripper, a bald bartender who gets ice blocks for drinks by bashing a massive cube of ice into bits with his head, a mafia wife who murdered her husband, and a super-religious guy who thinks fashion is satanic. 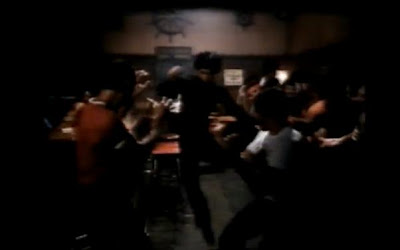 Come nighttime, everyone's having fun until the boat is attacked by pirates. Several passengers are killed (like the fat guy who says ow when he's axed in the back), as are several pirates, thanks to the main guys, and Chin. The remaining pirates set fire to the boat and flee, and the surviving passengers and crew escape in the lifeboats. 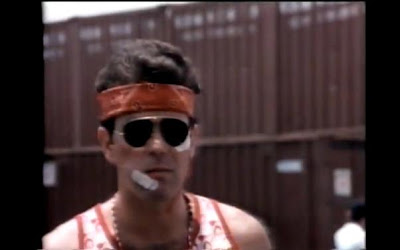 The next day, Speer and Cooper are back on Warrior island, and Speer reveals that the monks need women because female flesh helps raise the dead. They leave, and meanwhile, the passengers/crew are on their lifeboat drifting in open water, until they come by land-Warrior island!... 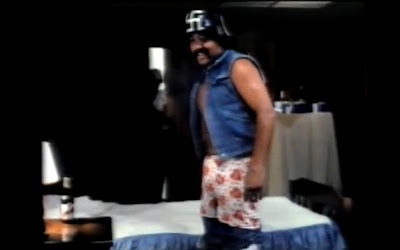 They decide to trek across the island to look for help. After a long time walking, they decide to camp for the night. The next day, they keep trekking, and they come across a cemetary. And even though Speer left the island, he's suddenly on it again, and he fires a bazooka at the group! Then Cooper and some other henchgoons (including a guy in a superman shirt with a katana) machine-guns at them with A-Team level marksmanship. The group fight them off (and manage to get ahold of the bazooka), and after the smugglers run away, the monks are suddenly behind them. They are taken to the monk's house or whatever, and will be given a boat to leave the island, but only if they prove themselves in battle against the island's fighters. 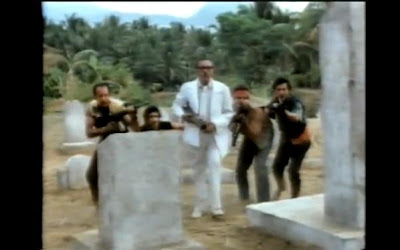 While the group feasts, the monk raise the dead warriors and are about to feed a woman to them. One of the group recognizes a woman at the feast from the Palace of 1000 Pleasures, and she tells him that there are several other women kidnapped by the monks in cages, and that one-an American-is with the monks. The group head for where the monks are about to sacrifice the American woman to the zombies and open fire with their weapons, leading to the darkly-lit action finale... 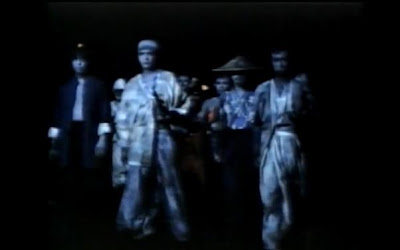 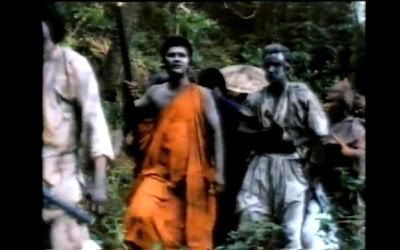 Raw Force is an insane and insanely fun odyssey of a film, from its jade smuggling, to the madcap boat scenes, the sojourn in Manila, to the final showdown between the cannibal monks and the kung-fu zombies, the terrible dubbing, the hilariously bad fight/violence choreography, and the fact that the movie has no idea whether or not it's serious or camp, and the fact that despite having a definite ending, it still has a title card saying... 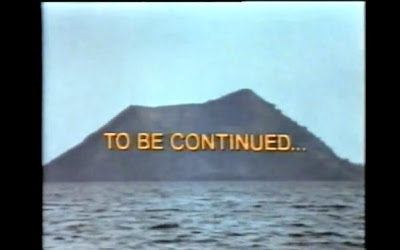 Sure, it's been 30 years, but Raw Force 2 needs to be made! We need more sleazy Love Boat movies with cannibals and zombies!
Posted by Chris Hewson at 4:17 AM