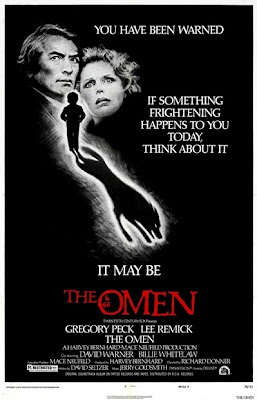 This review is for Stacie Ponder's Final Girl Film Club!

Now this is one of the classics! Right up there with stuff like The Exorcist, and Rosemary's Baby, The Omen is a famous and well-regarded horror film about the Damien, a child who 'isn't all he seems'.

The Omen begins on June 6th, 6:00, in Rome, where the baby son of government man Robert Thorn (Gregory Peck) has died. TO avoid his wife's despair, Thorn is offered another baby, who has no other relations, to pass off as his son. Thorn's wife Cathy (Lee Remick) is one the wiser, and they name the baby Damien.

On Damien's 5th birthday, strange things start happening. A nanny happily hangs herself in front of Damien, and a priest, Father Brennan (Patrick Troughton) tries to warn Robert that his son is the antichrist, but isn't believed. All the while, a photograher Keith Jennings (David Warner) has unwittingly stumbled upon something strange, and starts investigating the whole matter, and in the process, endangers his own life.

Things start coming to a head, as Father Brennan is killed mysteriously, and prophetic statements he made to the skepical Robert come true, and both Robert and Keith go to Italy to find out the terrifying truth about Damien Thorn...


The Omen is slow-burn horror done right! Not perfectly right, however. For the first hour, not much has happened. The film is never boring up until that point, it just feels drawn out. As for the finale, it's perfect! A great ending!

The plot is very well-written, though it really only gets properly going after an hour into the film, when Father Brennan has died and Keith has gotten in contact with Robert. 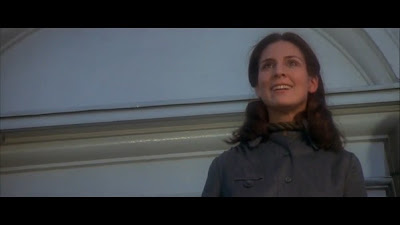 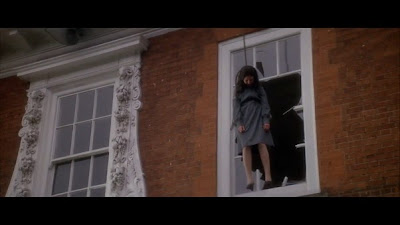 Onto the acting, Gregory Peck is great, David Warner is fine, and Lee Remick is very good. Harvey Spencer Stephens, who plays Damien, is great! His evil stares and smiles are just perfect. The best thing about him is that he doesn't overtly look evil, but rather like any other child, unlike a 'certain other film' bearing the same title as this. 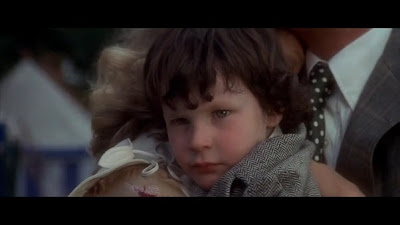 Billie Whitelaw is great as Miss Baylock, the main onscreen villain (not counting Damien, considering he's an infant and all, who doesn't actually do anything), though her final scene would've been a lot better if she wasn't wearing non-threatening bright green pyjamas! 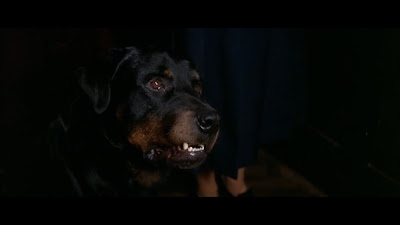 As for Patrick Troughton, many Americans know him only as 'that guy who gets impaled in a goofy way in The Omen', however as an Australian, I of course know him well from Doctor Who! He's fine as Father Brennan, though not in the movie much. 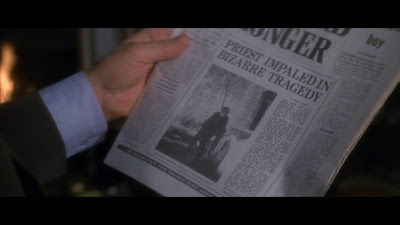 The effects are not so good. During the pole impalement, the pole is obviously behind Patrick Troughton, not in him, and the decapitation effect late in the film is terrible! It's so fake, it's hilarious! That doesn't mean the death scenes aren't memorable though. The scene with the nanny hanging herself, and Father Brennan's death are both excellent scenes, and despite the effects, the decapitation scene is still memorable too. 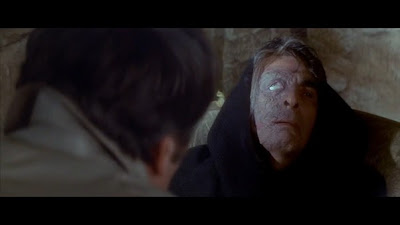 The music is one of the best, if not the best thing about The Omen. Ave Satani is a great, eerie orchestral theme! The rest of the score is very good too.

In closing, The Omen is definitely one of the great horror movies of its era, and of all time, and I absolutely can't recommend it enough!