Annie: A Royal Adventure (1995) [The Deadly Doll's House of Horror Nonsense's The Shortening] 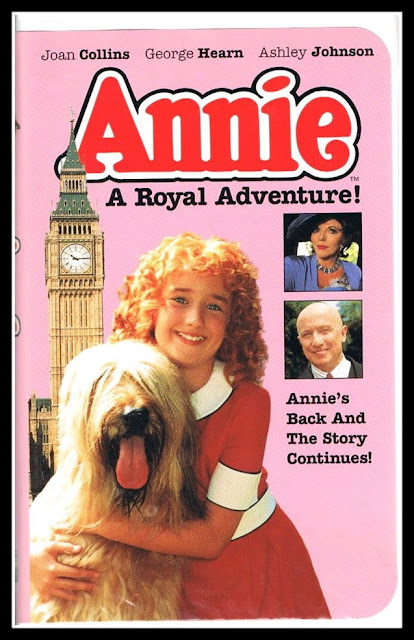 1982's Annie is one of my favourite movies, and when I found out there was a made-for-TV sequel made 13 years after the fact, with no-one from the previous film attached, I assumed that it'd be no good. I even finally bought it because if that was the case, it'd at least make for a good review. However, as it turned out, Annie: A Royal Adventure is really good! It was a complete surprise, and I even discovered Ashley Johnson thanks to this movie!... 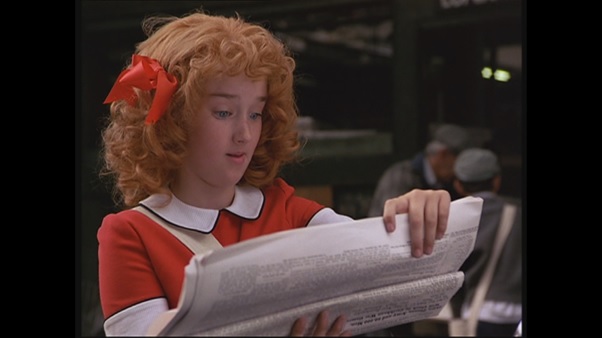 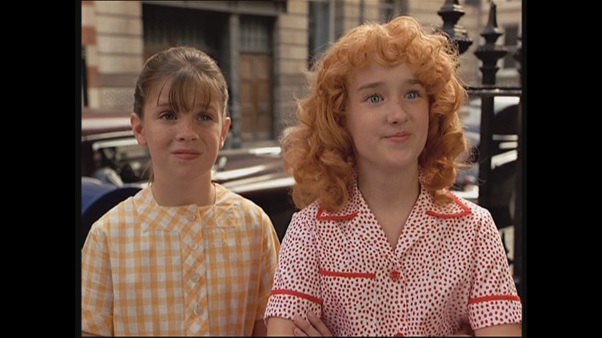 Annie, the adopted daughter of millionaire/billionaire Oliver Warbucks, is on her paper route when she and a friend visit a fortune teller, who warns Annie of danger on the horizon, sinister characters, and a troubled voyage. She's spooked, especially when she goes back home, where Warbucks is arranging a trip to England. Annie takes her friends Hannah and Molly along, and as the voyage across the sea begins, sinister characters immediately emerge, plotting to kidnap Professor Eon, an associate of Warbucks, in order to find out the secret formula of his new revolutionary substance Eonite. The girls thwart the crooks at every turn, and when they dock at England, the wicked Lady Hogbottom, who met Warbucks on the ship, tries to manipulate him, and get close enough to spirit the Professor away. Soon enough, when they realize what's going on, Annie and her friends must stop Lady Hogbottom's insidious plot... 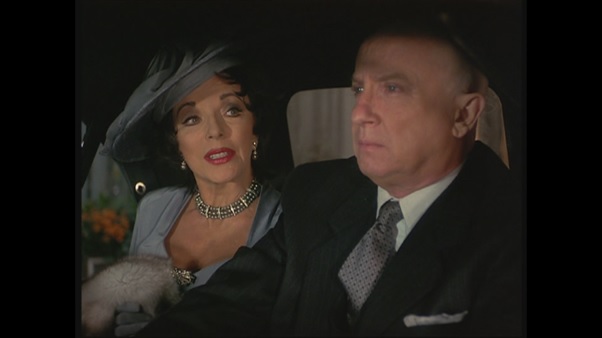 Annie: A Royal Adventure is a worthy sequel in very way! It doesn't just rehash the same plot, it expands on its characters, and it takes inspiration from the comics, too! The plot is very true to the style of the grandiose adventures the news-strip Annie and Daddy Warbucks would get embroiled in, albeit not quite as over-the-top as some of those stories were wont to get.

The story is a highly entertaining romp, with many twists and turns, and amusing moments.

Minus the commercial break fades, you wouldn't know this was a TV movie by looking at it. It's filmed very much like a 'regular' film, while the effects and locations complement it well. It uses London to its advantage, particularly with the castle where the climax takes place. The rocket doesn't look very convincing from afar though. 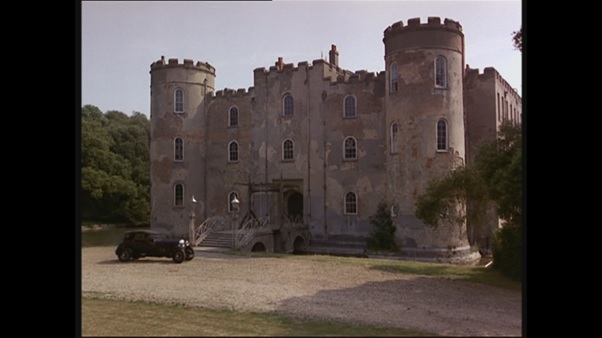 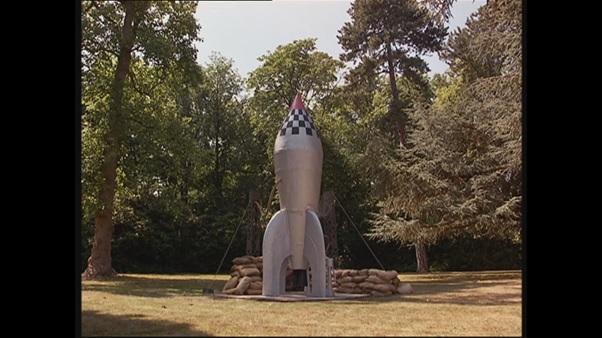 The characters in A Royal Adventure are really good! The lead kids (Annie, Hannah, and Molly) are mature and intelligent, as well as completely adorable, while the adult protagonists are kind, sensible, and best of all, they listen! When Anne mentions her encounter with the fortune teller and warns him, Daddy Warbucks obviously doesn't want to call of the trip like Annie tells him to, but he does decides to take extra security, as a precaution. And when a prediction involving Sandy comes true, he laughs in good spirits, complementing Madam Charlotte, and telling Punjab to be on the alert. It's such a relief to see an authority figure in a kid's movie acting like this!

The villains are a pretty entertaining bunch, with Joan Collins being the standout. Overall, this film has a very distinct set of characters. 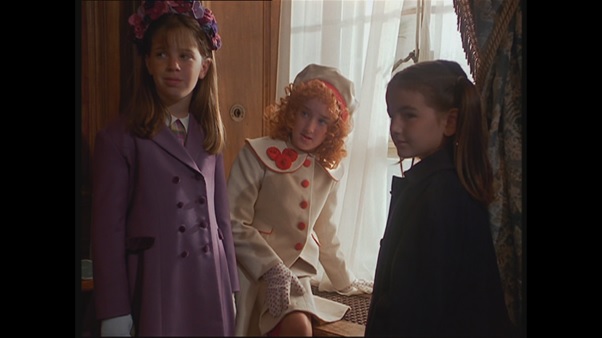 Now, when you first start this movie, you'll have one big problem with it out of the gate if you're a fan of the 1982 film-It of course doesn't star Aileen Quinn. Thankfully that feeling fades away very quickly, as Ashley Johnson is perfectly cast as Annie! She carries the film very well, is a great performer, and is as cute as a button! At this point in time, Johnson was already a very capable young actress, who had already had nearly hundreds of hours worth of acting experience come 1995. Also of note is that not only does she voice Gwen Tennyson from the Ben 10 franchise, but also Ellie from post-apocalyptic zombie game The Last of Us, where she was highly praised/lauded for her emotional powerhouse performance!

The rest of the acting is good all-round. While not as abrasive as other portrayals, George Hearn makes for a very likable Daddy Warbucks. Joan Collins has a lot of fun as the main antagonist, and the actors playing her henchman sons are good too. 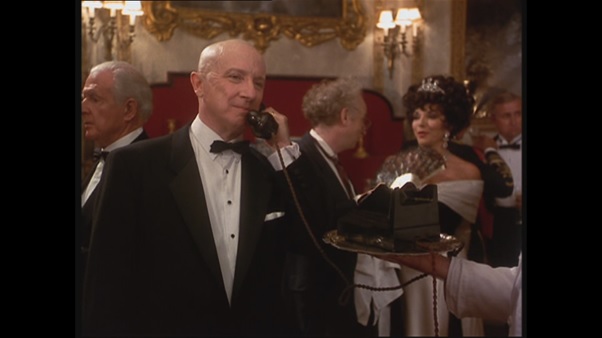 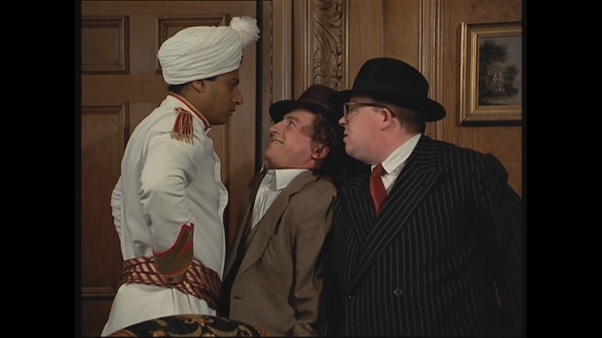 Emily Ann Lloyd and Camila Belle are quite good as Annie's two friends, while Ian McDiarmid is fine as the eccentric Professor Eon, and Antony Zaki and David Tse have very good presences as Punjab and Asp. George Wood's performance as the British kid Michael is a bit mixed though. Sometimes he's fine, other times, not so much. And he has a creepy smile! The dog playing Sandy is a bit underused, but is awesomely adorable. 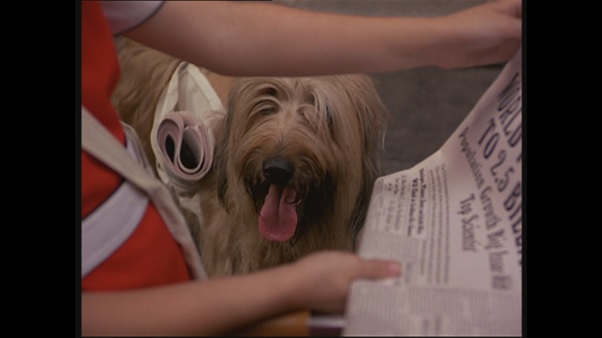 Also, how do those kinds of dogs SEE?!

The only negatives I can think of are two very minor points. First are the phone calls Warbucks gets throughout the movie, which are a little on-the-nose, and second is the odd scene where the characters go to Professor Eon's factory.

The ending has something very unexpected, and while I'd like to talk about it, I'll leave it as a surprise. All I'll say is that Ashley Johnson's voice is really good! On that note, the score is very good, and makes the film just that much more fun! 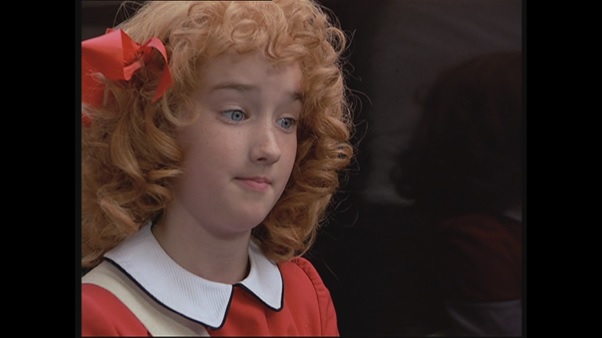 To finish, Annie: A Royal Adventure is a more-than-worthy follow-up to the 1982 film, and a great movie in it's own right. It's definitely well worth a watch, and Ashley Johnson is all kinds of awesome!...
Posted by Chris Hewson at 7:00 PM