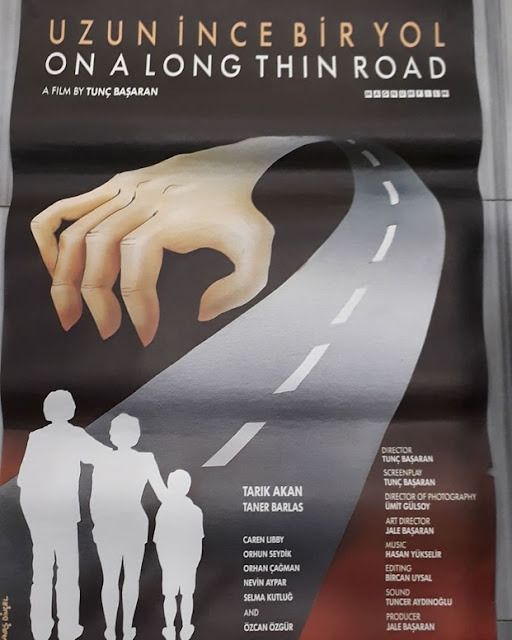 When I go trawling through lists and film databases at random, seemingly pedestrian looking titles sometimes grab my attention with crazy sounding plot descriptions. They don't usually live up to them, but it's always good to take a look anyway. In this case, Uzun Ince Bir Yol (A Long Thin Road) purported itself to be a movie bout former Turkish heart-throb Tarik Akan in a Seventh Seal style game for his life against Death! Let's see if it lives up to that summary... 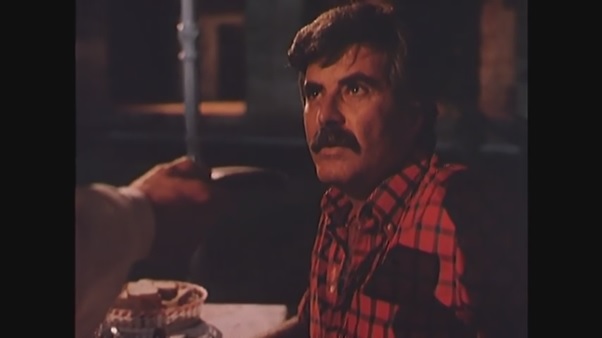 Turkish expatriate Müşfik has arrived back to his home country with his wife and son, during a holiday drive. The trip takes the family though Turkey, but things seem off as Müşfik keeps seeing the same man wherever they go, no matter how much distance they travel. In his haste speeding across a road, he causes a traffic accident, killing several people. With his family unaware of what he's done (??), he just keeps on driving, eventually arriving at the home of his parents. The mystery figure continues haunting Müşfik, and he struggles to fight back against what seems to be the inevitable...

Uzun Ince Bir Yol is a 1990s Turkish film directed by Tunç Başaran (yes, that one), possibly taking inspiration from the Greek play Alcestis and the Turkish folk tale of Deli Dumrul, which both centre on trying to cheat death (or rather, Death, capitalized, since it makes for much better theatrics if the lead is actually conversing with another actor who can talk back, rather than just yelling at an abstract construct for thee hours). 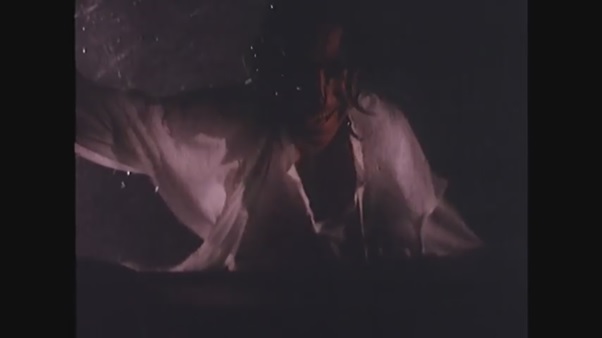 The plot and characters maybe feel a little underdeveloped, and not a lot really happens, with the majority of the film's runtime devoted to seeing a creepy guy interspersed with driving, hanging out by the ocean and sunbathing, strange scenes where Müşfik is tied to a ship's mast and sprayed by his wife and son with shaken-up wine bottles, etc. Thankfully his encounters with Death do ramp up in intensity as the movie progresses, and bar a couple of scenes I never really found it boring overall.

There are other plot threads that seem either forgotten or just not paid much attention too (assuming a key line didn't fly right over my Turkish-illiterate head), such as when Death influences Müşfik's son to accidentally shoot someone with a harpoon gun. I don't even think the little brat noticed! The last half hour is where things get a bit more interesting, with kooky dream sequences, more abstract visuals, and Death finally looking the part with a cloak and scythe, which he does get to use. 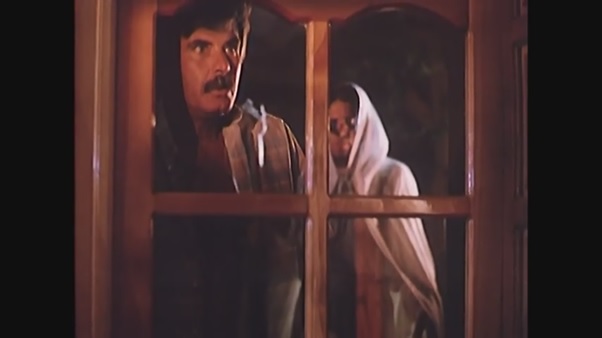 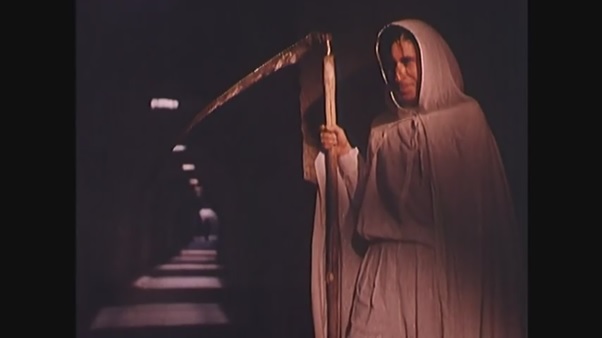 Everything culminates in a weirdly upbeat ending that seems to forget Müşfik totally killed like half a dozen people, or that his son impaled a woman. Is this a case of the movie wanting to have its cake and eat it too (in this case, wanting to have a happy ending regardless of how much or little the characters actually deserve it) or did I simply miss something in the patches of dialogue I didn't understand? Either way...the movie is better thought-out than the previously-used idiom (or analogy? Metaphor? Whichever), because of course someone is gonna eat the piece of cake they have, since that's the whole damn point of having a slice! What else were we supposed to do with it, use its component amount of crumbs for mathematical problems? Goshdamn passive aggressive proverbs trying to shame us for eating cake.

The acting is pretty good here. As noted in my Üçüncü Göz review, the then-39 year old Akan looked more like 65, and he does here at first until he shaves his beard early on, with only a moustache remaining. Not only does this shave away a few decades from his visage, it leads to him looking not only completely different from his bearded self, but also his younger one! 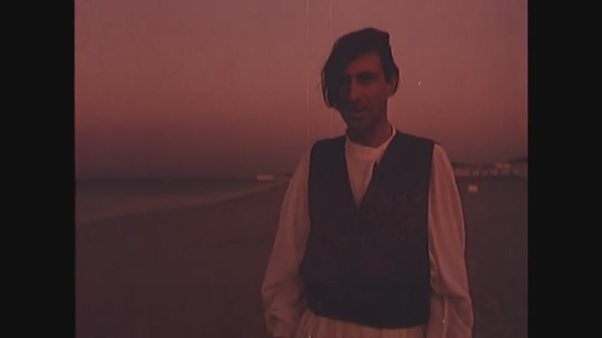 Taner Barlas does quite a good job as Death, looking just weird and offputting enough without being really obviously malevolent. He delivers his lines in a powerful and menacing manner. I also thought it a nice touch that Death is always dressed in white as opposed to black.

The rest of the acting is ok, but nothing hugely impressive.

One weird touch to the movie is how the main characters alternate between languages. I guess I should give the movie props for trying to realistically portray a multilingual family that hail from different countries originally, but it's as confusing to listen to from an audience's perspective as much as I imagine it is to actually talk like that. There were times when I'd hear a word and wouldn't be sure if it was Turkish or English.

The cinematography here is quite good, especially some scenes! The movie manages to look quite evocative and almost epic in places, with the ancient locations on display such as an ancient Colosseum aiding the production superbly. There's a great use of lighting too, with deep oranges, and the blue of the ocean and the night sky contrasting well with the yellow of the lamplight in one scene. 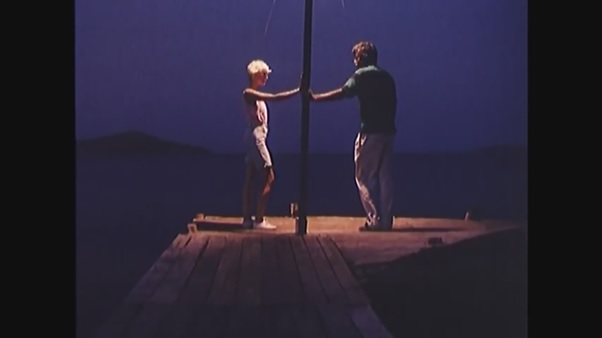 Uzun isn't exactly an effects heavy production, but what there is is good, from a dream decapitation, to an implied harpooning, and the scenes of Müşfik's wild careening through traffic looks convincingly dangerous! A flying effect later on is well handled too.

The soundtrack, by Hasan Yükselir, is quite good in spots, though a lot of the movie is either un-scored, or is just very low-key. As for the good pieces, they have kind-of a medieval Romanian sound to them. That's the best I can describe it, anyway, next to 'It sounds like an N64 era Castlevania game.

Uzun Ince Bir Yol isn't that great of a movie, but it's got its redeeming qualities for sure, and despite the undercurrent of gloom and death, it really makes you wanna visit Turkey's South/West coast!...
Posted by Chris Hewson at 6:24 AM No comments: