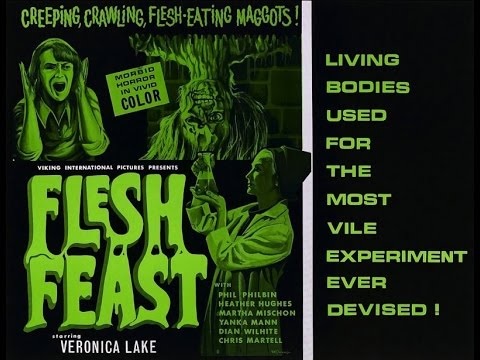 Veronica Lake was a famous Hollywood actress in the early 20th Century, in the golden age of cinema, but by the late 40's, her career had started to dwindle. In her twilight years, after publishing her autobiography, she decided to use the profits to make a sleazy drive-in horror flick! A noble pursuit we can all aspire to!... 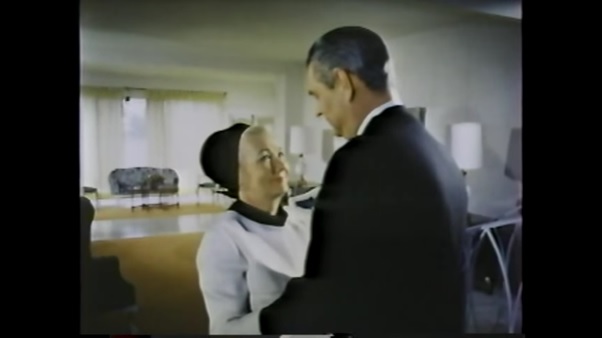 Dr. Elaine Fredricks is a though-to-be-mad scientist who was recently discharged from an asylum, and has been hired by a wanted fugitive, leading a paper to try to uncover what's going on with her studies, with the help of an undercover 'operative' working as the Doctor's assistant. She's developed a highly advanced rejuvenation process using flesh eating maggots, but for what purpose? Who are the strange people coming to her house, and why are they armed? And who is their mysterious 'leader'?...

Ok, right off the bat, Flesh Feast is terrible, BUT, I still really like that Lake wanted to make it, and respect her for it, even if her choices of talent, or lack thereof, weren't exactly the best. Well, unless she wanted to make a terrible 70's sleaze-fest. I'm really curious why she wanted to make it. A shame then that she did so AFTER writing her autobiography. 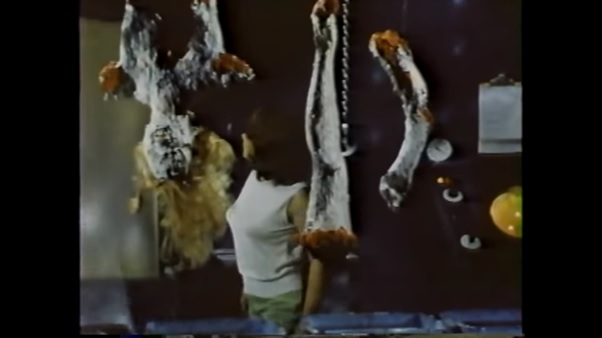 This isn't quite boring, but it's not exactly the quickest of movies, which is odd considering that it's only 72 minutes long. On the other end of the spectrum, some scenes are rushed WAY too quickly, including the final action scene, as well as two other characters, who die super quickly, and from what seem like minor bumps.

The dialogue in this movie is really 'special'! It includes such gems as "This is part of the first part of the process" (That's technically grammatically correct, I suppose), "I can't get Ted out of my mind, I can't believe what happened, I just can't get him out of my mind!", and "I don't understand...why you got mixed up in all these things*"-"It's all part of a big revolution in South America. It's very big.", among others. 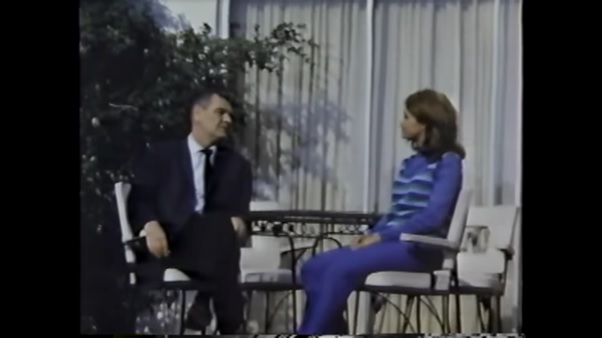 The direction, from Brad F. Grinter, is ok. Nothing special, and kinda bad at some points. On that note, you may recognize that name. That's because he's the man responsible for Blood Freak, wherein a blood-drinking drug addicted turkey-man finds God/religion. No, I'm not making that up...

Now, time to discuss the more interesting aspect to the movie. Those aforementioned rejuvenation-maggots? The doctor's ultimate goal is to use them to bring Hitler back from the dead*, just to kill him again, to get revenge for her parents' deaths. That sounds amazing! Unfortunately the movie doesn't really live up to that lunacy.

*I suppose you're wondering who in their right mind would resurrect Hitler just to kill him again, rather than leaving well enough alone  As it turns out, that description, which is often used by those on the internet (including friggin' Wikipedia!) when describing the movie, is apocryphal, and in the world of Flesh Feast, he never died, and is instead an elderly man wanting rejuvenation. Still, though, it's more fun saying the former! 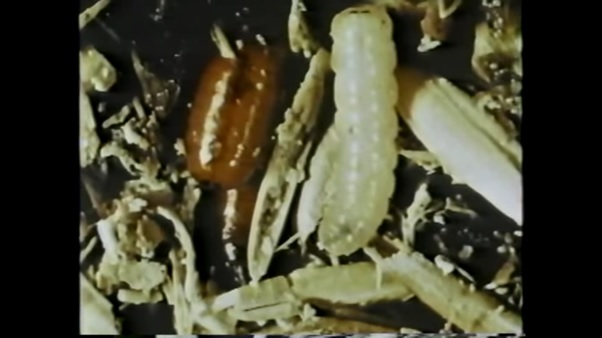 I have to wonder if the nazi stuff was even originally part of the plot. On one hand, there's the stuff with South America, as well as the German named characters, and I've no idea where the character of Dr. Fredricks would've gone without that plot element, but it could've easily been worked around. Perhaps she's just going to resurrect a random South American revolutionary leader. Or maybe in an earlier script, Fredricks actually was a villain, rather than a wronged person out for revenge. The nazi stuff only comes into play in the final 6 minutes of the film, without so much as a mention beforehand. Maybe they just wanted to save the reveal of the whacked-out twist to the last minute, but the movie's not good enough for that to work. It's generally not a good sign when you're unsure if a twist revelation is an eleventh-hour rewrite! By the way, I don't feel bad about spoiling any of this, as you're probably not gonna have any interest in this movie without me telling you of its sheer craziness, and those final moments are the only time during the movie when I was truly having fun. 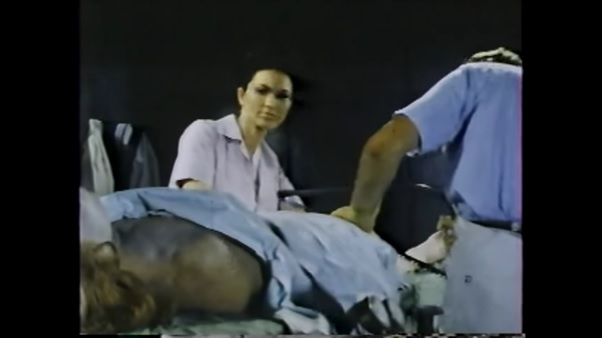 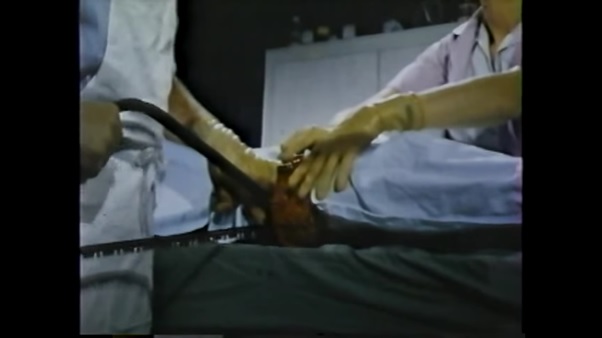 The acting in Flesh Feast is pretty terrible all-round. Some performances are better than others, but not by much, and emotions are hilariously terrible, and reactions are facepalmingly poor and/or late. Veronica Lake is the best, but she's not exactly a standout here. She *almost* pulls of a maniacal laugh, which goes from being fantastic, to bad, sadly.

The film's effects are actually quite decent. The awful print quality doesn't do them any favours though. The maggots are the best, as they're actually real, and most of the movie works within its means, meaning there aren't that many terrible effects because there aren't that many scenes that'd need them. There are some bad ones though, such as the terrible old-age make-up for the actor playing Hitler and how there's zero effort to show that he's been consumed by flesh-eating maggots at the end in the slightest! 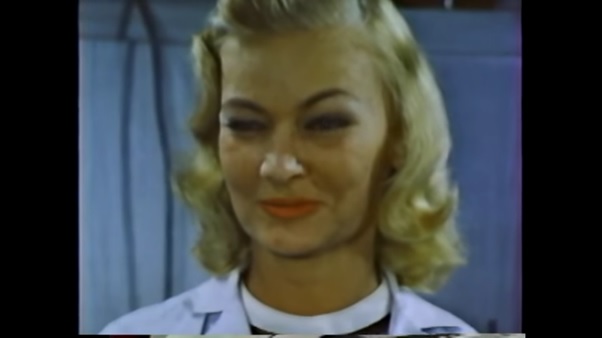 I don't really recommend Flesh Feast unless you really have a thing for awful drive-in schlock of the era, and/or are a fan of Veronica Lake, and relish the thought of seeing her play a mad scientist...
Posted by Chris Hewson at 10:45 AM