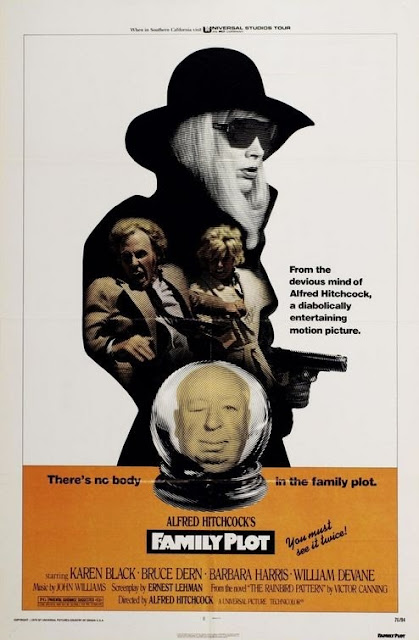 Alfred Hitchcock is without a doubt one of the greatest filmmakers of all time. He brought us classics like Psycho, The Birds, Vertigo, North By Northwest, Rear Window, and many more. While some filmmakers lose it in their later years (John Carpenter, Wes Craven, Dario Argento, George Romero, for example), Hitchckock's last films were definitely entertaining sits, and today, I'll be talking about his very last film, Family Plot!...

Family Plot is about fake psychic Madame Blanche (Barbara Harris), who's hired by a rich old lady to find her long-lost nephew... 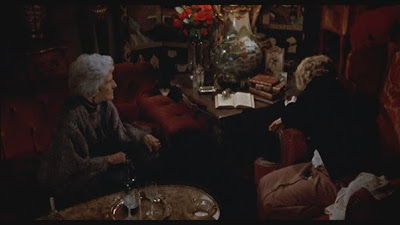 The movie opens with Blanche Tyler doing her act with Julia Rainbird (Cathleen Nesbitt), who is guilty about having made her sister give up an illegitimate baby several decades prior. Rainbird promises Blanche $10,000 dollars if she can find the long-lost Rainbird son.

When finished, Blanche tells her taxi-driver boyfriend (and partial private investigator, in order to give Blanche scarce info on marks to make her seem a genuine psychic) George (Bruce Dern) of Julia Rainbird, and when he finds out the reward, he's very optimistic, but his spirits are downed when told that practically nobody knows anything about where the baby went. 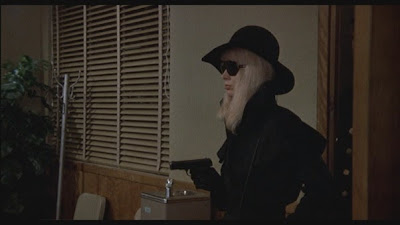 *Ok, her name is said ONCE, in a hushed tone. It's the hearing equivelant of 'blink and you'll miss it'.

George goes investigating, talking to the daughter of the long-deceased Rainbird chauffer, and finds out that he took the baby to family friends the Shoebridges. He finds out that they died in a house fire decades ago, but things are fishy with the son, Eddie. Some people think he started the fire himself, and is still alive-His body was never found. 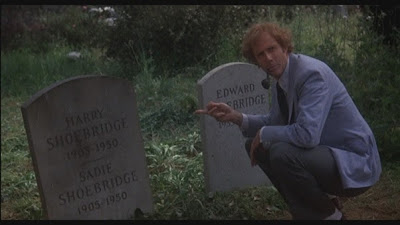 After being disturbed by George's snooping, Maloney (Ed Lauter), an old 'friend' of Arthur's informs him about George, and Adamson, formely Eddie Shoebridge, fears the worst, and orders Maloney to dispose of Blanche and George... 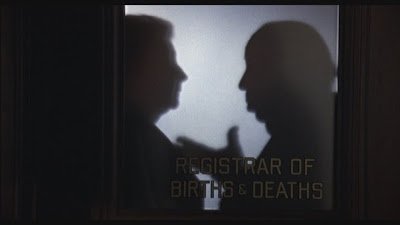 Family Plot is a very enjoyable movie! Sure, it's no North By Northwest, or Psycho, but it's no To Catch a Thief either (I HATE To Catch a Thief! I'll elaborate why in a couple of days). FP is funny, has plenty of great double entendres, and has fine acting. Barbara Harris is great fun as the phony psychic, Bruce Dern is a fun lead, William Devane exudes slime like Billy Drago as the villain (Yes, that's a good thing), and Karen Black (R.I.P.) is very good as the somewhat-reluctant accomplice.

The plot is definitely an entertaining one, and the mystery is a somewhat intriguing one, I guess. I say 'I guess' because I first saw the film five years ago, and have seen it four times since, so I know the plot inside and out-Sort of like rereading a whodunnit. 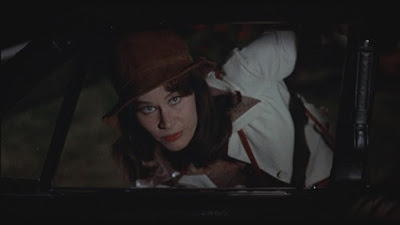 The film has quite a moody atmosphere at times, in large part due to the great soundtrack by John Williams. However moody the film may be though, it's got nothing on the book it's based on, The Rainbird Pattern! The book is much darker in general, but where it REALLY differs is in the ending. The book ends with Blanche getting murdered by the Adamsons, then they're killed by the police, then their son (they have one in the book) is adopted by Julia Rainbird, and he pushes her down the stairs, killing her, and he intends to go after George Lumley and kill him to avenge his parents. HOLY SHIT, that sounds like it could be the climax to a Godfather movie!

Family Plot is marketed a lot as a black comedy, but it isn't. It's really more of a humorous thriller. 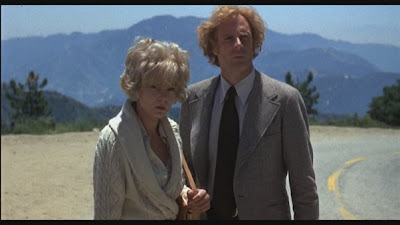 The film  is light on Hitchcock's usual recurring themes (I guess, I'm not exactly a Hitchhcock scholar). There is one distinct Hitchockian scene though. When George and Blanche's car gets its brake line cut, there's a long POV shot as the car careens across the long and winding cliffside road. It's definitely a highlight of the movie! 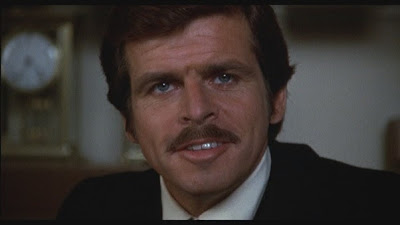 As for problems, I have almost none with Family Plot. The only problem I have is the constant blue-screens when people are driving! What the hell, Twentieth Century?! Was it so goddamn hard to just attach the damn camera to the bloody car?! Or put it inside the car?! A side-effect of this stupidity is when characters look and talk to people in the back, or passenger seat of the car for a prolonged period of time. In one scene, William Devane keeps his eyes fixed on Karen Black and off the 'road' for nearly ten seconds! I could somewhat buy that if the movie was set in a small town, but it's not-it's in the city. 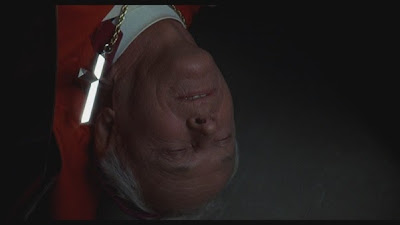 Another funny little issue is when a certain someone kicks over a tombstone. Not only does the tombstone plop right out of the earth when kicked, but it gets dented from the kicks!

So, in closing, Family Plot is indeed worthy as Alfred Hitchcock's final film, and Karen Black was indeed an awesome actress all throughout her career. Those are both things to be remembered... 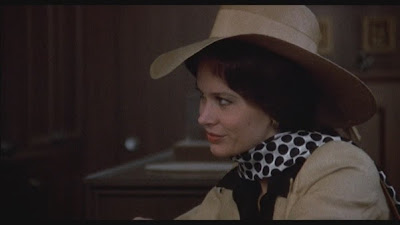