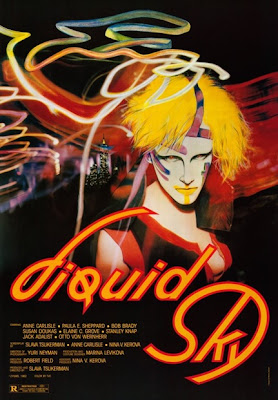 I try to find as many odd films as I can. If there's one thing I enjoy, it's films about Santa becoming the Macedonian God and destroying the earth, Greek Molly Ringwald and her incestuous mother constantly talking to the audience as they torture a detective, a young girl with magical earrings being terrorized by a vampire who turns out to be her dad, or Robocop fighting Japanese Freddy Krueger while a ninja fights hulk zombies with exploding footprints, etc.

And that's exactly what I heard 1982 punk subculture movie Liquid Sky was, with its plot of aliens who disintegrate people having sex in order to feed on their ogasms.


LS focuses on fashion model Margaret (Anne Carlisle), and her steadily worsening life (in due part to rapists, and to aliens), and Johann (Otto von Wernherr), a German scientist investigating the recently-landed aliens.

As more and more people die around Margaret, she starts to lose it, and the investigative Johann may be the next one in danger... 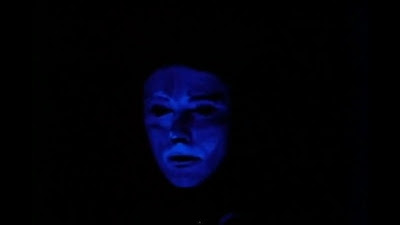 Liquid Sky is a kinda-kooky film, with a nifty portayal of the 80's punk/new wave* subculture (Well, nifty minus the drug pushers and addicts, and the rapists)

*I guess. I really don't know what New Wave is. Does it involve wearing tons of make-up and silly hats?  *shrugs shoulders* I've read in places that Liquid Sky portays New-Wave, so I gues I'll just take their word for it for now. 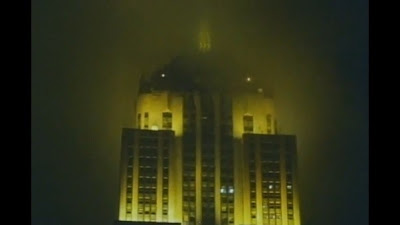 With its strange synthesizer scoring, the whole film is an assualt on the ears, but in a good way. There isn't much music, but that isn't to say that the movie is sparse of it, as what there is is repeated a LOT! Thankfully not enough to be annoying, though.

The acting is mostly fine. Anne Carlisle is very good in her dual role of Margaret and Jimmy. Carslisle looks great as Jimmy. She actually looks like a convincing guy in the role! Her voice as Jimmy though? It sounded like a woman with a bad smoker's voice! Carlisle also delivers a cool monologue near the end. 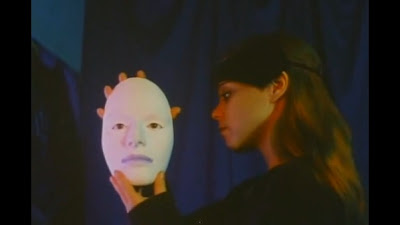 The direction is good, and the editing is all over the place in parts, to disorienting effect, which I think is the intent.

The make-up and costuming is all great stuff! Partly in the respect that most of it looks hilarious! But its still good, regardless. As for the aliens, they never appear on camera-we just see their 2001: A Space Odyssey vision. 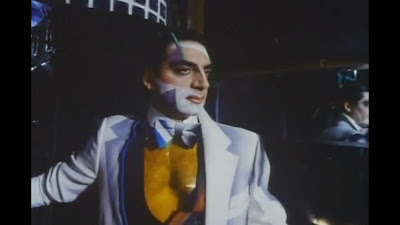 Liquid Sky is what Rock 'n' Roll Cowboys should have been! That was a movie focusing on the rock scene, with odball bizarro stuff going on (An insane psycho fundamentalist from the apocalyptic future, along with a horde of yellow-clad Hazmat guys with spiky musical synthesizer balls that make people go crazy, tries to destroy 'sinful' rock music in order to save the future), but in that movie, nothing happened in the first hour, then EVERYTHING happened in the last half-hour, and it was a MESS! Liquid Sky may be a slow-moving movie, but it's never boring, or overstuffed, and I didn't mind too much that the aliens aren't in it much. 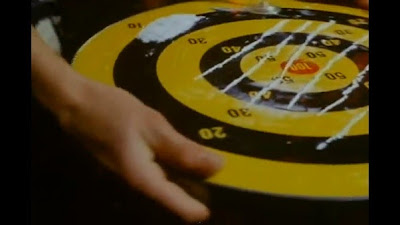 In closing, I recommend Liquid Sky. It may not be for everybody, but I found it a decent enough watch! And hey, it's not Begotten, so I'll always give it that!...
Posted by Chris Hewson at 9:44 AM