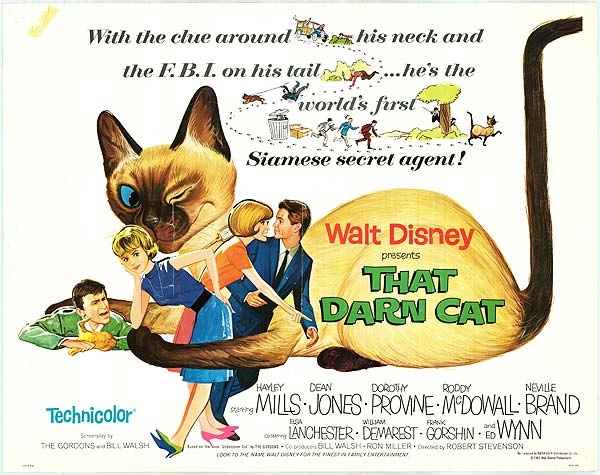 DC is a mischievous Siamese cat, who, while having what can be loosely described as owners, treats the whole neighbourhood as if it were his stomping ground. He steals food, tricks the nearby dog when it tries to chase him down, and eventually comes across two criminals who have kidnapped a bank teller, and are keeping her hostage. The woman is able to start carving 'Help' into her watch, and puts it around DC's neck, then lets him out.

The watch around DC's neck attracts the attention of one of his owners-Patti Randall-who, convinced that something is wrong, calls the FBI, and enlists the help of Agent Zeke Kelso. Together, they seek to use DC to determine just where these kidnappers are hiding... 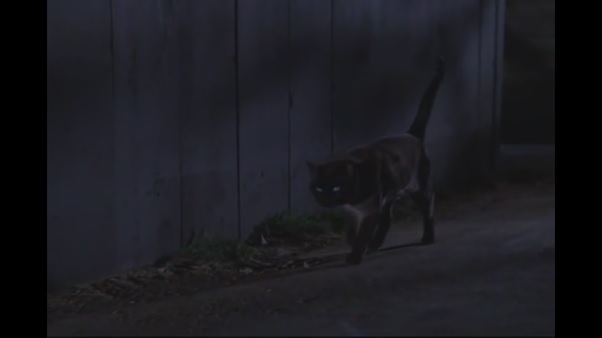 That Darn Cat is a hilarious movie! While it's certainly kid-friendly, the plot is more adult than your usual Disney fare. None of the characters are children, and the plot would actually be pretty dark had the movie been a serious crime thriller, with its kidnapping-themed plot.

The great thing about the movie is how seriously it takes itself! It totally runs with the idea of the FBI using a cat as an (unwitting) informant as though it were totally sensible, albeit uncommon. 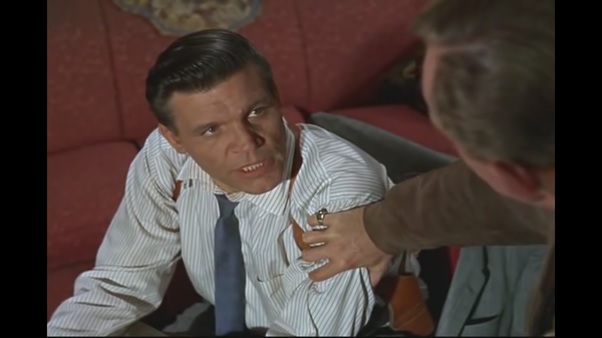 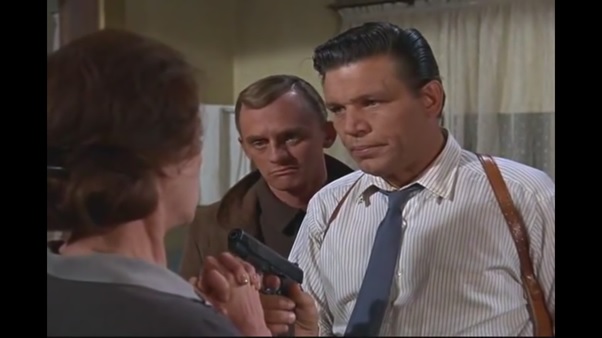 The humour in That Darn Cat ranges from visual and physical comedy, but also through the colourful players. The characters in That Darn Cat are a diverse and amusing bunch. The cat is an adorable costar, while Patti is a young and overzealous woman, but determined and clever. Thankfully the authority figures she approaches actually listen to her, which I appreciate so much! Agent Kelso is a by-the-books guy, and tough and resourceful when need be, including when he has to get his new agent's 'finger'-prints.

The remaining characters are an amusing bunch, from Roddy McDowall's unlikable prat, who wants DC to pay, and to court Patti's sister Inkie like crazy, and there's Patti's suitor Canoe, who's a dumb but lovable guy. 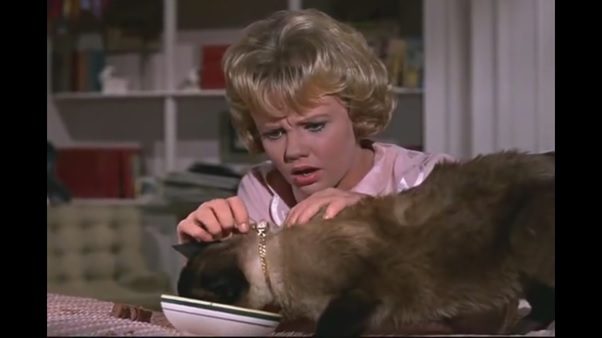 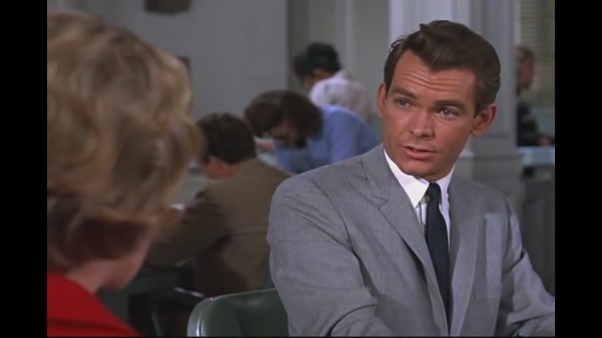 As for the hostage character, she doesn't get to do a whole lot, but I like that she's actually quite proactive, despite her situation, even setting the whole events of the film in motion, rather than only be a damsel in distress

Elsa Lanchester's scenes are entirely superfluous, but I don't care, as any chance to see her in a movie is a very good thing! 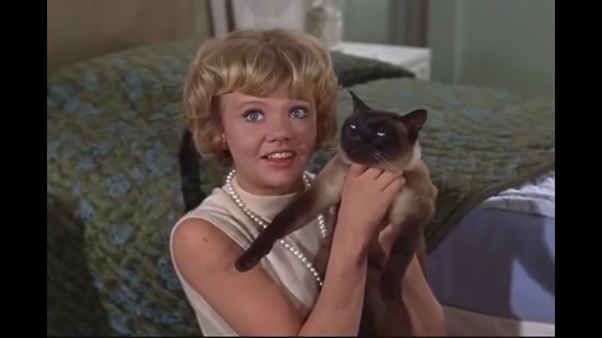 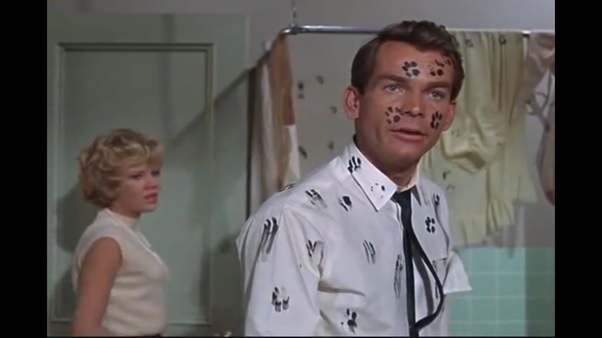 The acting here is really good. Dean Jones is extremely likable, with a great smile, while Hayley Mills is great fun as the other lead. Frank Gorshin is decent as one of the villains, while Neville Brand is hilarious as the other! He plays his role deadly serious, as though he were in a seedy crime movie, and it's so entertaining! With lines like "I've got 6 little lead-nosed friends, and they can all run faster than you can.", he's a great villain  for this movie! The rest of the cast are all good, from Elsa Lanchester, to Roddy McDowall.

And finally, I can't finish this review without talking about the feline stars! A few cats were apparently used for the role of DC, and they're all talented and adorable, providing some great visual humour! 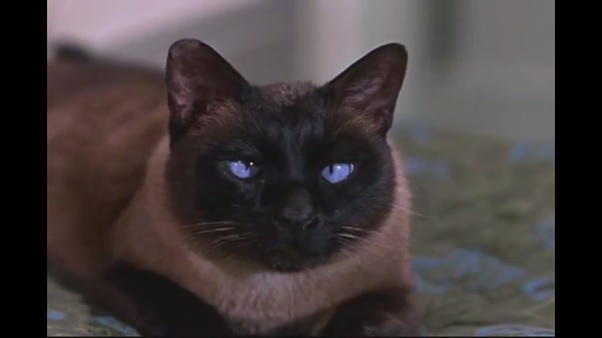 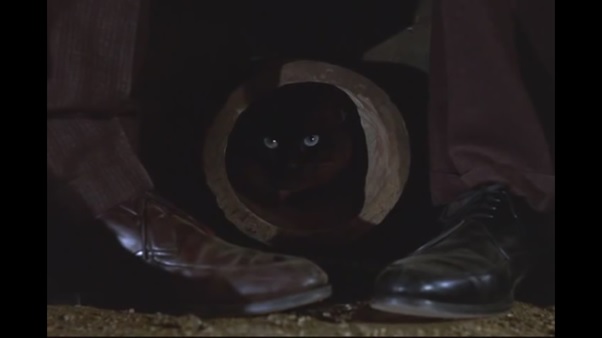 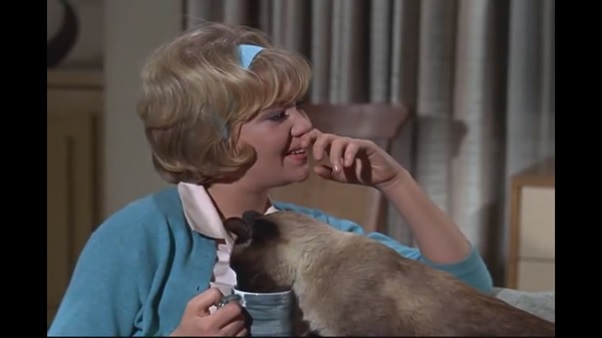 That Darn Cat is a fantastic comedy, and never feels too long at two hours. It's a perfect way to spend an afternoon, and I can't recommend it enough!...
Posted by Chris Hewson at 9:58 PM