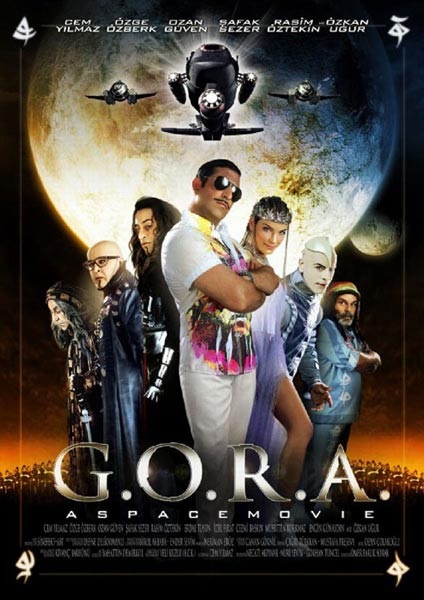 When one thinks of science fiction movies coming from Turkey, their minds probably wander to Turkish Star Wars (Dünyayı Kurtaran Adam), if anything at all. In recent years, however, cinema over there in more traditionally higher budget genres has been improving greatly, now offering genuinely good movies, rather than unintentionally funny ones, as G.O.R.A. is testament too... 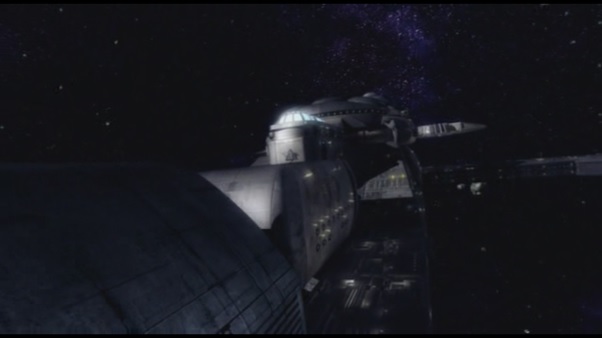 A goofy Turkish salesman named Arif is abducted by the alien Gorans, who put him to work as a slave in their colossal prison, on the planet Gora. The villainous Logar, Commander of the Goran military, has plans of conquest through marrying the princess Ceku, much to her extreme displeasure. Things go awry when Arif manages to foil one of his plans to take control, and gains the affection of the princess. Seeing his chance of freedom, and seeking a mystic named Garavel, Arif escapes the prison with the aid of friendly fellow inmates Bob Marley Faruk and 216, as well as Ceku herself, who's fallen for Arif. Together, they'll try and save the planet from the clutches of Logar... 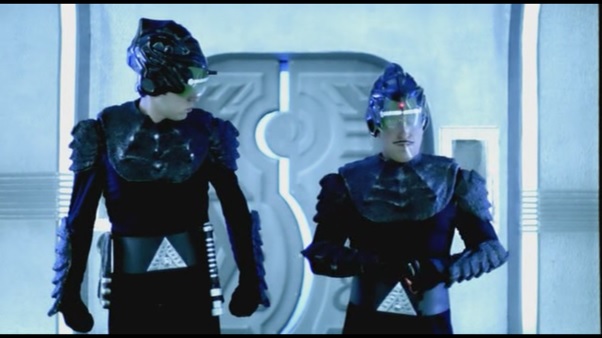 G.O.R.A. is a 2004 sci-fi comedy starring local comedian Cem Yilmaz (who also wrote the film), and it's a blast! Well-written, entertaining, and often funny! It's just over two hours long, but I never found it overlong or boring (though I can imagine that runtime wearing on some people). The movie is paced well, and the first half concerns itself with setting up this world to the best of its abilities, doing a nice job. 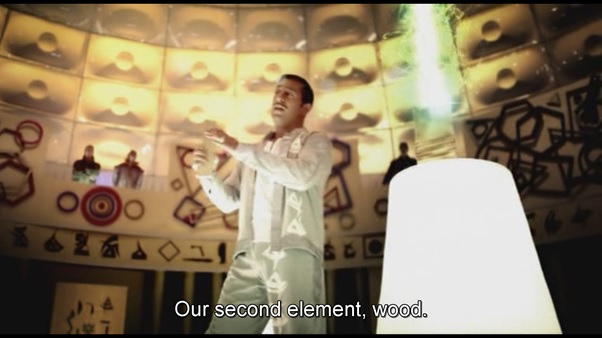 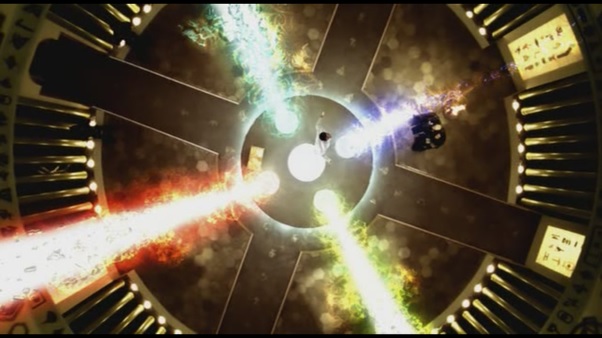 Despite coming from another country, the comedy translates well enough, and there are plenty of laughs. Most are regular humour, while others are in the form of parodies. There's a couple for The Matrix, which actually turns out pretty well! Surprising, I know! It was at this point in time when lots of comedies had forced Matrix parodies for no other reason than that movie was really popular, and they ended up dated (like that scene in Shrek, for example). GORA, however, manages to avoid that particular pitfall, perhaps due to the fact that it's actually sci-fi themed, has a mild fourth wall breaking streak, and most of all, it also sorta-parodies a couple of other movies too (such as The Fifth Element), so one of The Matrix doesn't feel out of left field. 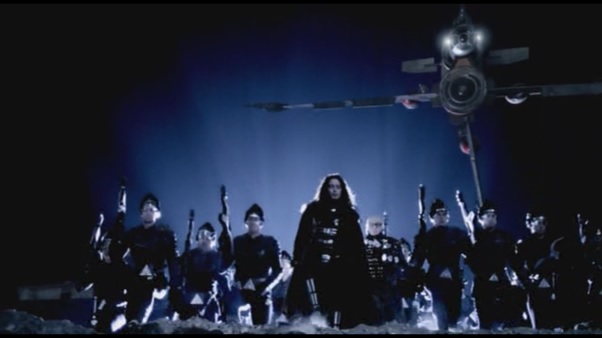 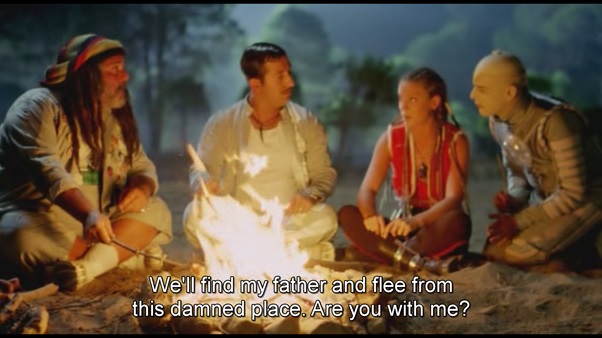 One aspect to the movie I dug is the sexuality of the villain, who just happens to be gay (or bisexual), which I appreciated. As I may have said on this blog before, equality in media is people of different ethnicities, sexualities, etc. being able to have whatever role they want, be it hero or villain. So while a film from, say, 1940 might have a gay antagonist and mean it homophobically, GORA has gay villains who just so happen to be gay, and they're villainous for completely different reasons.

I'm glad to say the effects here are really quite good! Plenty is done by computers, and that's clear sometimes, but they still look lovely, so I'm totally willing to forgive that. Plus, they never look outright fake or anything. The set design and backdrops here is also fantastic! 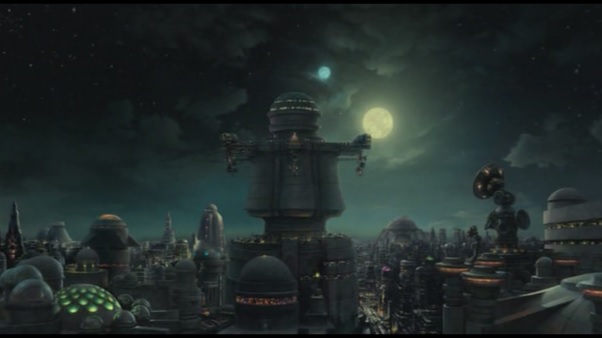 The acting in G.O.R.A. is good all-round, as far as I can tell, not being a speaker of Turkish. Cem Yilmaz plays both Arif, and Logar, and is unrecognizable in the latter role, which is surprising considering his whole face is exposed! I guess it's a mix of the costume/hair, contacts, and his general demeanor, which certainly speaks to Yilmaz's talent as an performer. The rest of the acting is fine too, with Rasim Öztekin and Ozan Güven as Arif's sidekicks, Özkan Ugur as the somewhat deranged mentor, and Özge Özberk as the stifled and lovestruck princess.

The soundtrack likewise is really good. Perfectly fitting, complementing the scenes well. Also, on a side note, this is one of the rare times I've been able genuinely complement a Turkish move's score, what with the majority of ones I've seen being older zero budget ones that didn't have the money for music, and thus went foraging in other films' soundtracks for suitable tracks. 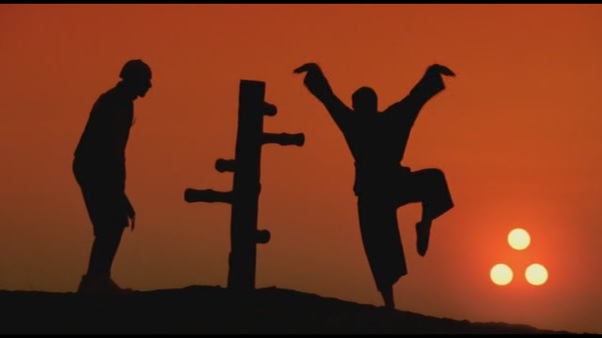 In closing, G.O.R.A. is a very funny movie, and really goes show just how much Turkish cinema has grown and evolved in just a few short decades. I highly recommend it! Now if you'll excuse me, I have to go watch Turkish Star Wars 2...
Posted by Chris Hewson at 12:56 AM