I'm always interested in seeing films from other countries, especially when I know nothing about their local cinema. It was a few months ago when I discovered a channel on Youtube devoted to movies of Afghanistan. Today I'll be looking at one such flick, Asheyana, which was released from anywhere between 2009, to 2013. Not quite sure when, as IMDb hasn't quite gotten a handle on new Afghani cinema. 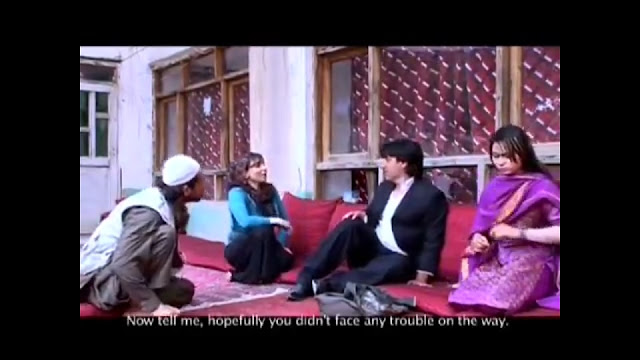 Maihan is a young man returning to his home country of Aghanistan, arranged to marry the beautiful Hejran. Neither of the two wish to be married though, and hold candles for others. Meanwhile, Maihan discovers a shocking fact about his past, which could mean a great deal for his future.

Asheyana is a sweet story all about family, be they blood relations, good friends, or love interests. It takes clear inspiration from Bollywood features, down to a lengthy runtime (though under three hours, thank god), many different genres haphazardly crammed into the one movie to appeal to everyone in the audience, and random musical numbers. 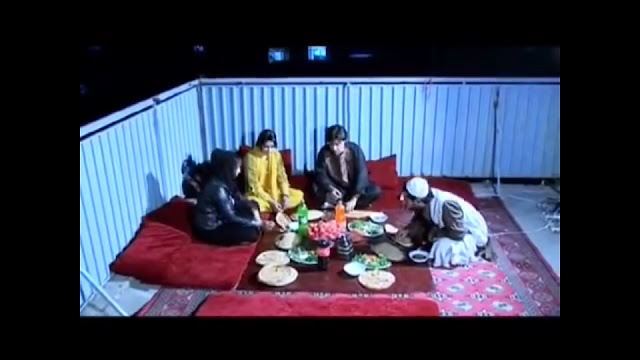 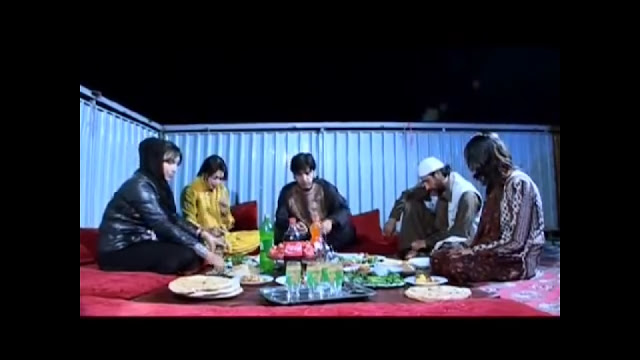 Getting this out of the way first, this isn't a, uhm, *good* film in the traditional sense, but I'm willing to forgive that. If a movie came from America looking like this, it'd be laughable, but given Afghanistan's recent history, I'm not going to be overly critical if there's really fake CG effects, or if the acting's not the greatest. After all, there either probably isn't an acting school in the country, or they might be few and far between, so local performers would have to improve their skills by simply working in the industry gradually until they've got it down pat. Basically, as long as the movie tells a good story, I'll forgive a lot.

The cast is a varied assortment of characters. Maihan is a nice and understanding guy, and because of this there are never any awkward misunderstandings or love triangles. Hejran is in love with Fardin,   Given how quickly this situation was resolved, I did wonder how the rest of the movie was going to go. How indeed! Things take a soap-opera turn soon, and Maihan is given a needlessly tragic backstory. I guess I can't begrudge it too much. Yeah, it's annoying, but it does give this character more depth, and that's rarely a bad thing. I was less enthused by the hilarious rampage of revenge, when the proceedings take a five minute detour into gun-toting action, with explosions aplenty! 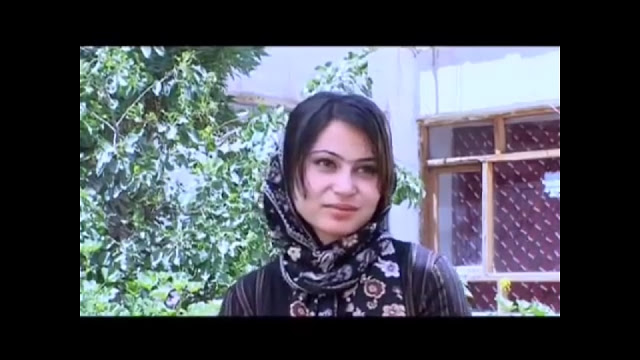 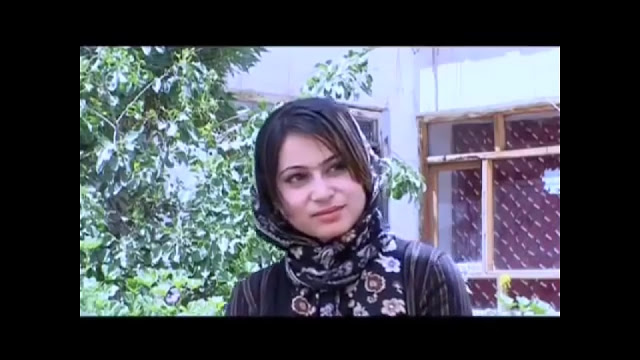 Hejran and Nargis are nice enough supporting characters/love interests, while Fardin is a likeable buddy and defender of the streets, and Abdul is amusing comic relief. One of the best things about this film are the strong female characters, and the respect given to them.

For a romance film, Asheyana certainly treads its feet into plenty of other genres. None of these previously mentioned examples sink the movie, but what does to an extent is the revelation about Maihan's past that completely takes centre stage, distracting completely from the main plot and romance. When he film does finally come back to that, it's too little too late. One last crazy plot detour to address is something very unexpected! I'm not gonna spoil it. All I'll say is that it's completely out of left field, but it made me grin.

At its worst, Asheyana can be accused of trying to do too much. If I can think of one positive to this, it's that come the end of the film, it definitely feels like a fleshed out world. The denouement is nice, too...until it's almost completely ruined by an abrupt revelation that I like to think is just a 'What if?...' fantasy the character is having. 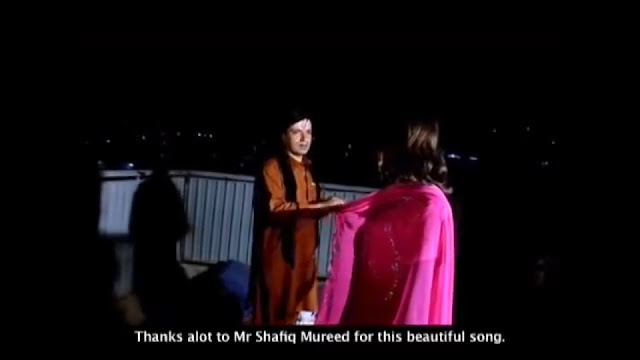 The writing is overall not bad. Some of the dialogue is a bit stilted (or at least, the translation might be), but it's mostly fine. It gets across a nice sense of communal spirit.

The acting here is pretty decent from what I can tell. Some performances are a bit overdone, or amateurish, especially the guy playing the shoemaker (but who knows, maybe if I knew Pashto or Dari, I'd think his performance is majestic. It's hard to tell). The lead actor, Fazal Hakimi, also doubles as the writer, and director! Sounds like a busy bee. Serious props to this guy for his part in revitalizing Afghani cinema!

The direction is good, with some moments being better than others. The fight scenes feel like something out of a video game though, from the soundwork, to the visual effects we sometimes see, and the earth shaking camerawork, all coupled with how every good guy is a master at hand-to-hand combat. 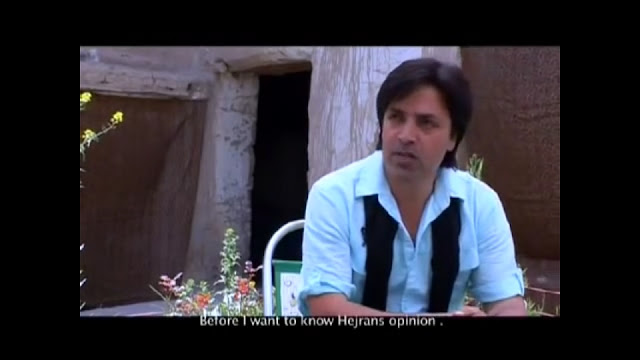 Asheyana has a nice score, replete with local music. There's also archive music, which is ill-fitting and amusingly overdramatic. One track (original or archive, I don't know) sounded like something from Castlevania, and yes, that is a good thing! The original songs are decent, even if the lyrics are a tad repetitive (they sound better when sung than I imagine it'd look on paper!). Given the lyrical content, I'm not sure if they could be considered completely random, but they do come totally out of nowhere!

One last thing. It was pretty cool seeing Afghan number plates! I know it's not exactly major, but it's a neat little thing to spot. 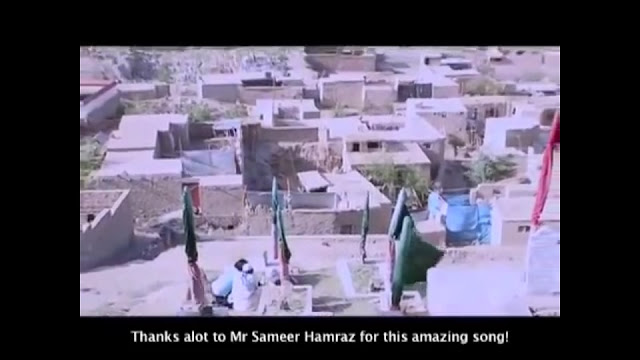 If you're expecting an A-list Hollywood romance, you may not be that into Asheyana, but if you're interested in seeing what Afghan cinema has been up to in recent years, this is a good place to start. And if you're already a fan of Bollywood cinema, them you'll be at least partially used to what kind of a film it is.
Posted by Chris Hewson at 10:00 PM