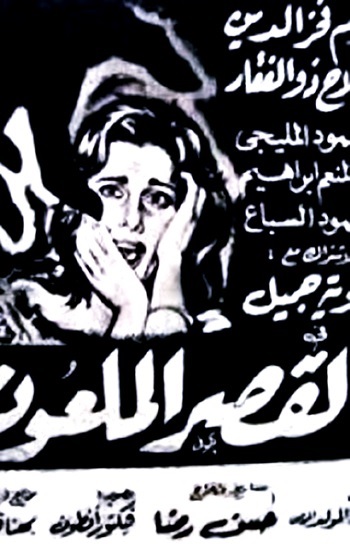 Ever since realizing that searching in Arabic text yields a LOT of results for Egyptian horror that searching for in Latin doesn't, I've been binge-watching various movies (particularly those of Mohammed Shebl, which I was previously afraid wouldn't be at all easy to find). Very little of what I found have English subtitles, but one I did come across was The Cursed Palace, a 1962 haunted house flick, and one that's not very well known, not helped by an apparent lack of a media release... 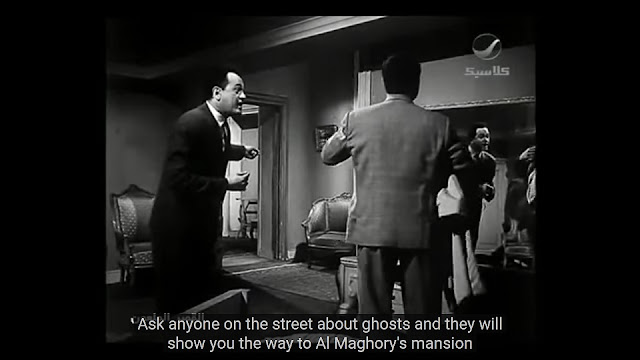 Hasan is a lawyer, heading for a secluded estate to sort out a family's will. The ailing Fahmi Al-Maghory wishes to leave all of his money to his daughter Yousriah, much to the chagrin of his sister. Strange things soon begin happening, just as those who had warned Hasan of going to this estate said would occur, and Yousriah seems to be the target. She's witness to terrifying visions, even believing her father has been murdered and replaced by a doppelganger. Everyone believes her to be simply under stress, but the continued events leave people wondering if she's starting to lose her sanity, and may no longer be eligible to receive her father's fortune. Could Nagiah the aunt be the culprit? Perhaps Morsi the butler? Or could there really be a haunting taking place at the Al-Maghory home... 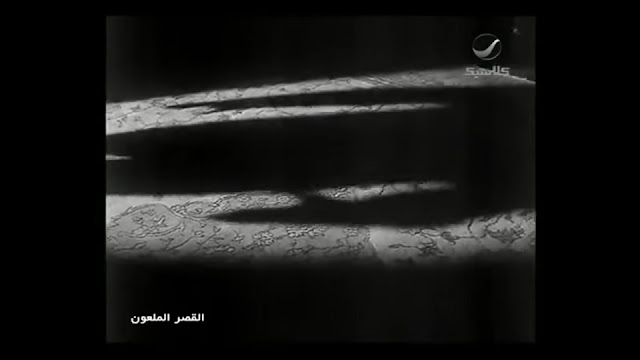 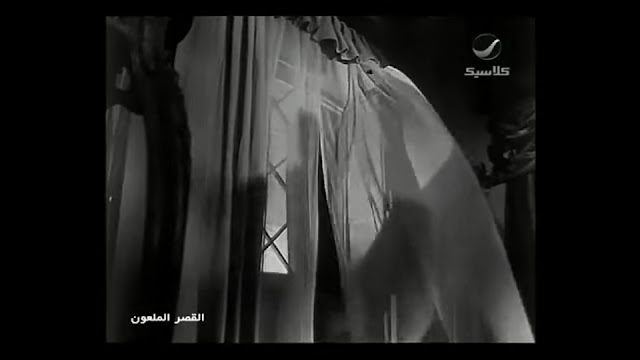 The Cursed Palace cultivates a good atmosphere, despite no physical ill befalling any characters until the final 15 minutes. The spooky gusts of wind, clattering window blinds, unknown footsteps in the night, and more, with the encounter by the window being the most effective! The director (Hassan Reda) certainly knew what he was doing, and it pays off, giving us a well-shot Gothic affair, with nice use of lighting and shadow, and clever shots.

The story starts of well, with a good hook to get you interested in what's happening. It's a little strange that there's no actual supernatural stuff going on at the estate until the events of the movie though

The plot kind-of hits a lull after Hasan tells Fahmi of his plan, and the whole scene at the...bordello(?) drags on a bit, having no real payoff. Plus, for all his talk of 'putting an end to this mystery tonight', Hasan totally fails to save the dancer he was trying to question! 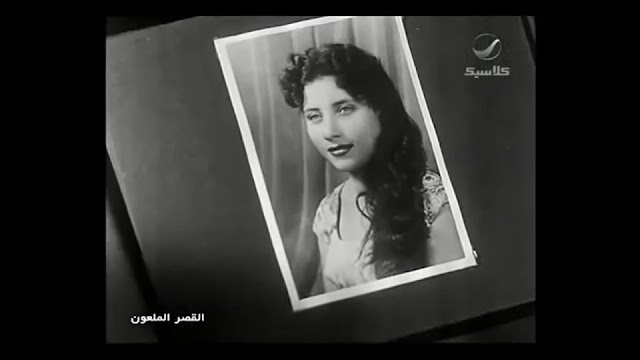 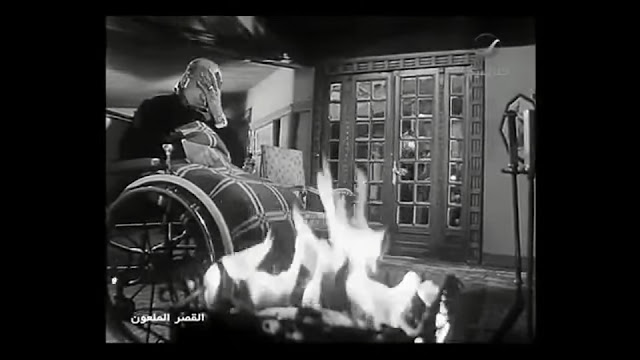 Things improve in the climax, and the final reveal is completely out-of-left-field, akin to a soap opera development, but it does actually make sense, and work with what we've seen. I wish it'd been a bit better foreshadowed, so this wouldn't feel so much like Ayam mn Hayatna.  I also dig that Morsi's reasons for doing what he does in the end aren't spelt out for the audience. The movie has enough faith in the viewer to work things out for themselves, and remains more subtle because of it.

The acting in The Cursed Palace is pretty good. Salah, Zulfikar as Hasan is a nice lead. Not terribly interesting, but likeable too. He works well with Mariam Fakhr Eddine, and she's charming at first, but overdoes things a bit once she's acting hysterical. Actor No. 6 (the internet isn't very informative regarding the names of this movie's cast) gets across both an emotional and scheming performance as the butler Morsi. Actor No. 4 does ok as the comic relief, but also kinda overdoes it with the cheesiness, and may annoy some viewers. I found he had the best line of the movie by far, in his puzzled declaration of "A man living while dead, how can he...? Why didn't he die while living instead of living while he's dead?!". The movie seems so pleased with that joke that it kinda repeats it a few times, with only the one at the end being worth keeping in (as a way of closing the story out with a callback, going full circle in a sense, unless I'm misusing that phrase) the other reprisals being a bit unwelcome. Fathi definitely gets the lion's share of fun dialogue!

The soundtrack here is...bombastic! At times it's a bit too chipper, at other points it's effective, and sometimes it downright feels like the crew is watching a sweeping historical epic like Ben-Hur or something just off-camera! 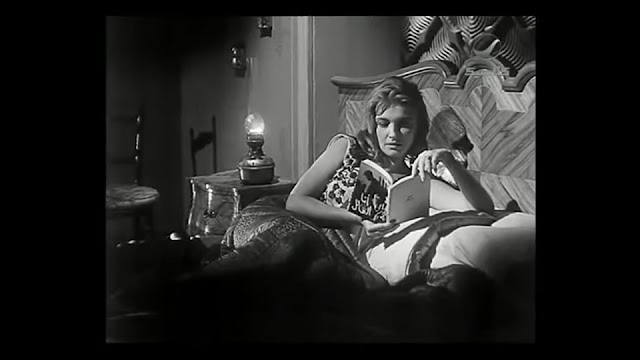 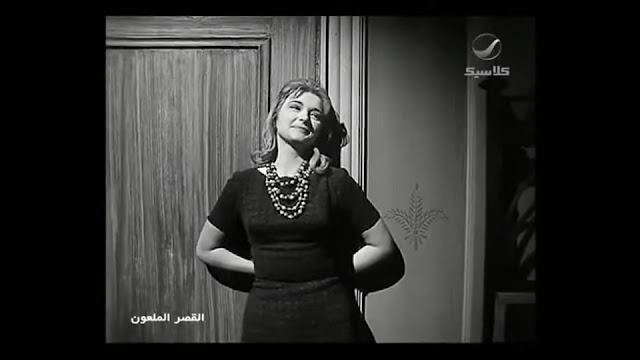 The Cursed Palace is a good example of classic homegrown Egyptian horror, and I recommend you watch it with some friends, popcorn, and the lights switched off. I also recommend the blog The Bloody Pit of Horror. After finishing the movie, I searched online for anyone else talking about it, and found this very good and informative review, which is also where I found out the actors' names for my own post, for which I'm grateful.
Posted by Chris Hewson at 12:39 PM