A common trope in cinema of the 1930s was that of a tough-as-nails female reporter, going after a story like a bloodhound, the unhelpful police be darned, and solving whatever crime or mystery is plaguing the city. There were many films like this, but perhaps none did it better than the most notable of them all-The Torchy Blane series... 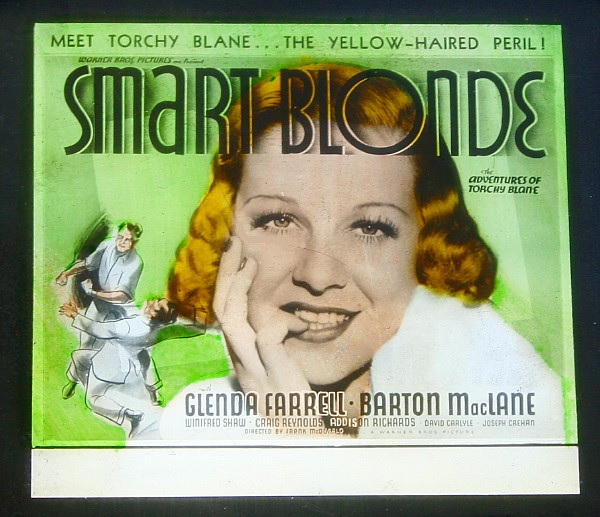 Nightclub owner Fitz Mularkey is looking to get out of the gambling racket and sell his business to 'Tiny' Torgenson, an old friend who he can trust to run the place legitimately. This riles up Fitz's criminal former associates, who were offering more money so they could possess the club for their own less-than-legal means. Before the deal can be finalised, Torgenson is shot to death, and it's up to ace reporter Torchy Blane and her exasperated detective boyfriend Steve McBride to uncover the truth...

Smart Blonde is an entertaining enough first entry in this series. Not really a whole lot to say about it. It's paced well, staged decently, and well-written, too. There's witty dialogue aplenty between Torchy and Steve. The mystery seemed like it was shaping up to be a very predictable one whichever way it went, but I was eventually proven wrong, as I wasn't expecting how it ended up!

Despite coming from 1937, Smart Blonde is hardly cringeworthy. Its gender politics aren't insulting to women, and Torchy is never shamed for being snoopy, or for being a journalist, as much as she bugs McBride   There's only one scene that's a little awkward for its time, and it's when McBride throws some money to a few black valets after getting help from them, and their reaction to it. It's not particularly egregious, it's just the one scene, and it's only a few seconds long, but it might be a little annoying.

Glenda Farrell and Barton MacLane work great together, sharing a fabulous chemistry that only comes along once in a while.

Tom Kennedy is fun as the somewhat dim yet poetic comic relief Gahagan, though this being the first entry in the series, it took me a little bit before I worked out who he was. Jane Wyman has a cute small role, with an even cuter dog! Her part is pretty amusing, given her future involvement in the series!

Smart Blonde is a very good introduction to this series, and a fine 1930s era mystery. It might not be the greatest whodunnit in the world, but it's fun to watch, and at least mildly clever... 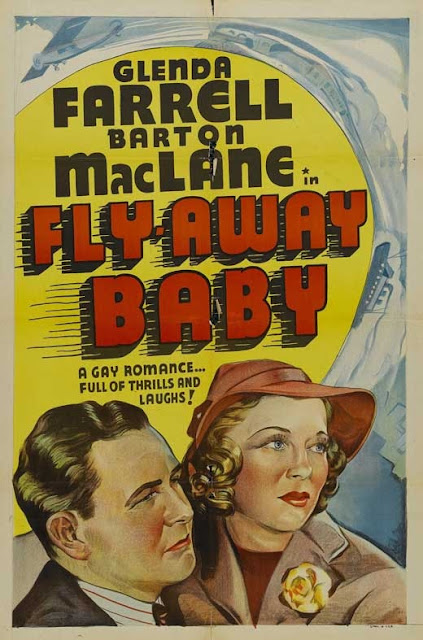 A jeweler has been murdered, and his collection of expensive diamonds are missing. Lucien 'Sonny' Croy, a rich socialite and acquaintance of the dead man, is suspected by Torchy to be the killer, especially when he announces an around the world trip, which may very well be a means to sell the stolen goods. Another competitor in the trip is Hugie Sprague, turning it into a race around the world. They'll both have to watch their backs for Torchy Blane though, who won't let a total lack of voyaging experience stop her from traveling halfway across the world for a story... 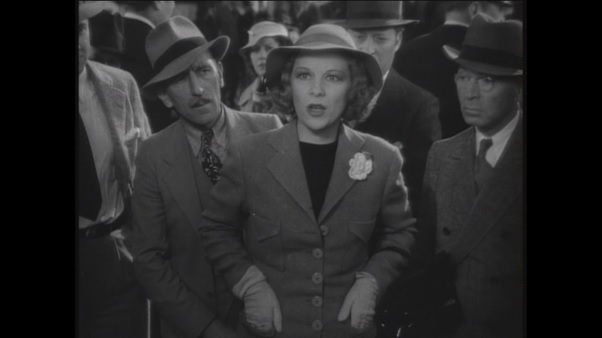 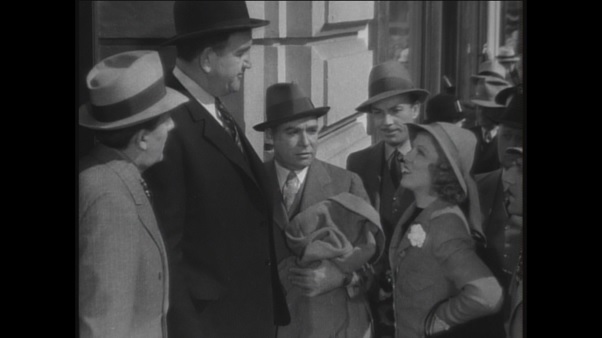 Fly-Away Baby is an improvement on its predecessor, definitely not coming across as a cheap cash-in sequel. The story's well-written, and engaging to watch. Unfortunately the whodunnit aspect kinda takes a hit when we get so much focus on Croy and his trip, and not enough investigation or searching for clues. In a sense though, I rather like this change in structure, as it shows how dogged and determined Torchy is, and it changes things up, too, so the series won't get stale. In-case you're wondering if there are any twists and turns, well it seemed like things were shaping up to be like that for a brief period. It was at the point of the murder in Germany when I thought 'Ooh, maybe it'll turn out the obvious culprit isn't the killer after al...oh wait, the movie just showed it was him. Darn.'. I didn't much care for the final revelation at the end. Perhaps if it'd been better foreshadowed, and not rushed through in the final 4 minutes, it would've carried more weight. 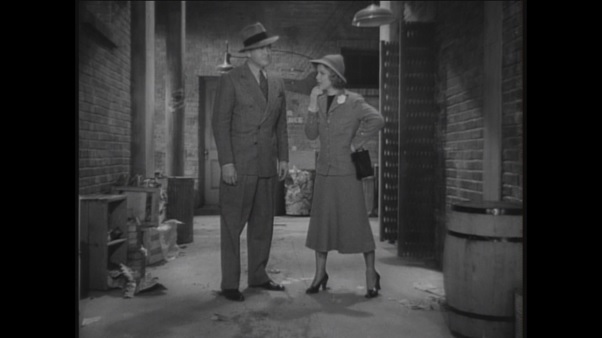 It's interesting how the movie is comfortably situated in its New York setting for half its runtime, then at the halfway point it becomes a globetrotting adventure! You'd've never expected it to leave its set-bound trappings for more lush set-bound trappings, but there you go! The race concept confused me though, as none of the three participants are pilots (so the achievement is hardly theirs), and also because we also see them taking passenger planes. Then how is it a race?

I really dug Gahagan's story. At first his having resigned meant he wasn't in the story much, but when we realize that he's going on the plane trip (something even Steve doesn't get to do), I was super pleased, especially when we realize why he's doing it! It paints the character as endearing, as well as smart in a way, despite himself. Then comes a frustrating moment when he lets Sprague handle his camera, and that's the beginning of the end of poor Gahagan's luck! 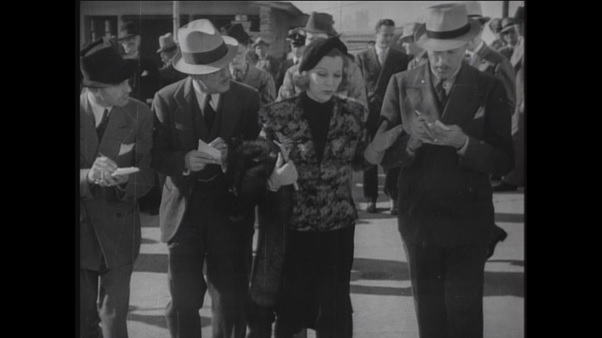 Torchy's voracious appetite is amusing ("You can smell a porterhouse further than any woman I know."),  her fashion doubly so. She's a snappy dresser. Some would say otherwise, but those people are cock-eyed stooges. McBride is good, though he kinda gets shafted in the second half by not coming along on the trip. He does eventually show up again, getting stuff to do.

I liked that Torchy's coworkers are seen to be supportive of her being a female journalist, and actively encourage her writing articles key to her gender. There is an irksome but thankfully underplayed notion that some characters have about Torchy's status at the paper if she gets married, with the implication that once she gets hitched she'll be obligated to quit her job, but you get the feeling that Torchy would laugh such talk off like stray bullets.

I may have joked about sets before, but the Torchy Blane films actually look quite good! There's a healthy balance of indoor and outdoor scenes, and in this particular entry, we get a decent sense of other countries, like Hawaii (...you know what I mean!), though we only have the film's word to go on that the leads are really in Germany, otherwise it doesn't look very distinctive. The airship set looks great! So good that I kinda wish more of the film was set within its confines. I wonder if was a set made for this movie, or if it was already around? And did it make it into future movies? Perhaps it really was a zeppelin! As everyone goes around the globe, stock footage is spliced into the action well, never seeming fake. 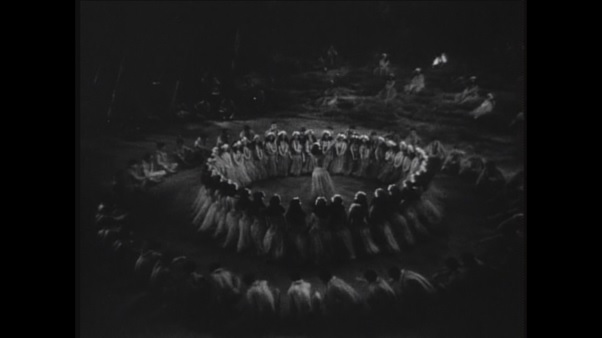 The acting is once again all good. Gordon Oliver plays the role of an utter dickhead to a tee as Lucien Croy, while Hugh O'Connell is a little entertaining as Spraigh. Marcia Ralston is ok, improving greatly once she becomes a woman scorned, though doesn't appear much regardless.

One last thing, it was cool seeing an older map, with former country or region names like Persia, Siam, Indochina, and Yugoslavia, and noticing what nations aren't present yet.

True to its title, Fly-Away Baby takes this series in a higher direction, and we'll see if that continues... 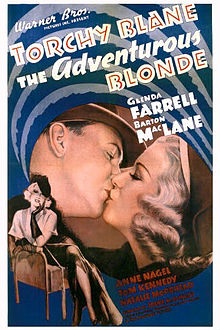 Annoyed at the constant help Torchy Blane gets from the police, the other journalists in town decide to arrange a practical joke for her, doubling as a wedding present. They pay to arrange a fake murder, with rich socialite/actor Harvey Hammond as the victim, but things go awry when he actually ends up dead... 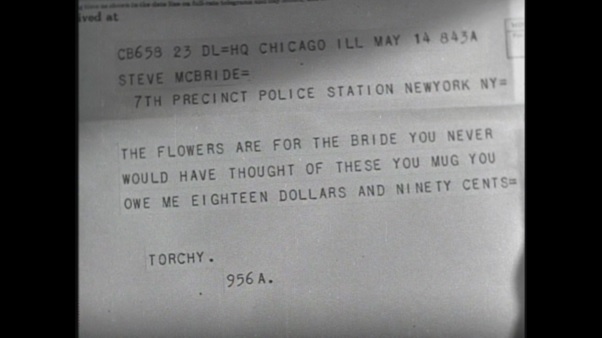 The Adventurous Blonde is yet another fun Torchy Blane entry. Again I commend the series for its progression of continuity, with Torchy and Steve's wedding on the horizon The annoying matter of what'll become of Torchy's career once she gets married crops up once again, yet the police chief who's [badgering] McBride about it actually has good reason, at least partially. That of conflict of interest, what with Torchy being potentially seen as receiving favouritism from her husband. This culminates in a really surprising way by the end! My lips are sealed. 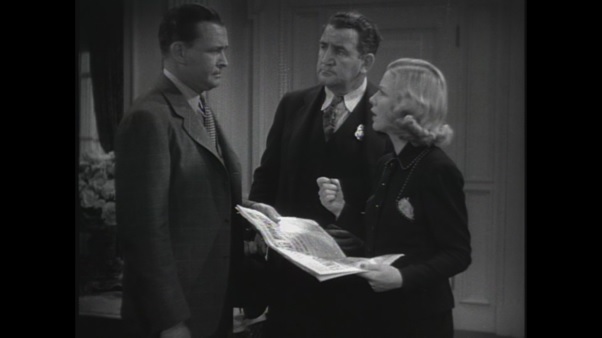 Getting to the mystery itself, it starts off crackingly enough, with a neat driving push, as well as a great twist to really get things rolling. Torchy playing all sides as part of a clever ploy is interesting, and the conclusion is great. It's just a shame the motives are all so boring. The motives as follows are 'Jealous that Harvey might leave me for her', 'Jealous that Harvey might ditch me and stay with her', 'Jealous Harvey might try and steal my girlfriend's affections', and 'Jealous Harvey ditched me and stayed with her'. They're all based around the same thing!

One thing I really liked about the end (which I can't spoil) is that a character XX's some XXs, but surprisingly doesn't XX like they usually do when attempting XX in stories like this. Modern medicine succeeds again! 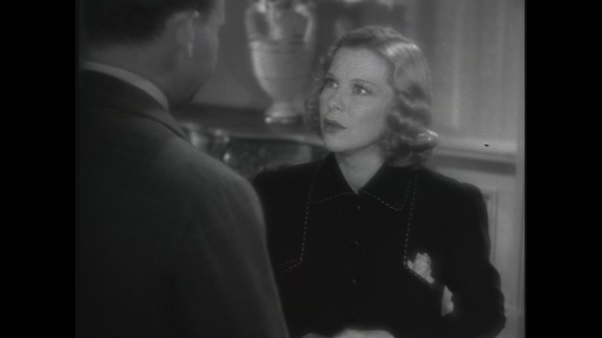 The cast is good. The leads are still clearly enjoying themselves. The characters of Grace and Tracy are not only interchangeable, but damn near impossible to tell apart, in looks or in actions. The actor playing the murder victim is pretty amusing, what little we see of him. It's funny seeing how much the snooty Harvey really gets into his fake murder, as opposed to being a humourless stiff. Lastly, it was cool seeing Bobby Watson in a role other than Hitler, who he was wont to portray.

The writing here continues to amuse-Steve: "I never know what you're gonna do next."-Torchy: "You wait 'till we're married!"

There was one funny goof I noticed when the enraged coroner is storming into the Hammond manor to tell McBride he's not really dead, only to discover there really has been a murder. We see the corpse breathing! 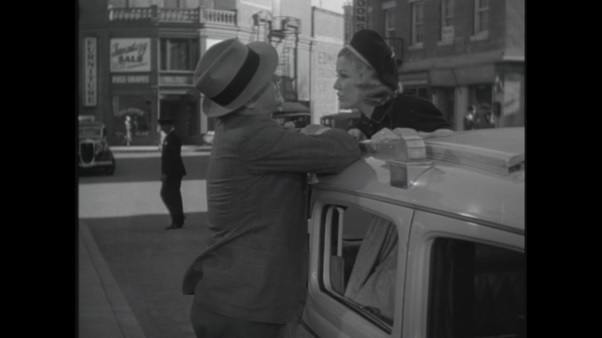 While the plot isn't quite as well scripted as prior outings, this is still definitely worth a watch...
Posted by Chris Hewson at 9:19 PM