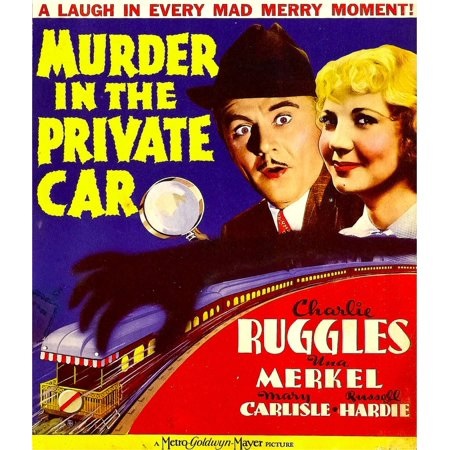 Young telephone operator Ruth Raymond gets the surprise of her life when she turns out to be the long lost daughter to wealthy railway tycoon Luke Carson. Together with her friend Georgia, her boyfriend John, and a mysterious private eye who dogs her tracks and keeps her safe from harms way, Ruth ventures to reunite with her father, facing all kinds of dangerous encounters... 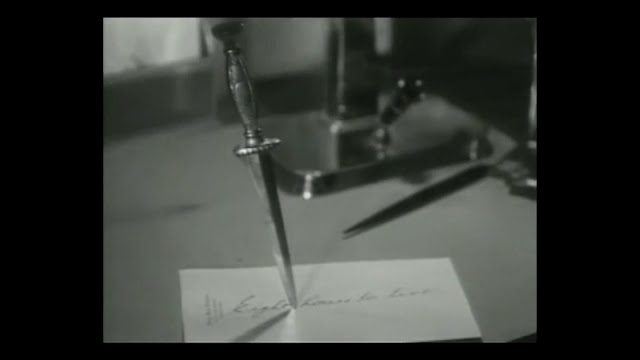 Murder in the Private Car seems like a pretty self-explanatory film from that title-A murder-mystery set on a train, with a colourful set of suspects. Sounds like fun! However, the film actually takes its sweet ass time even getting to that part. One thing I'll commend it for is that it spends plenty of time on the set-up. The problem is that it spends perhaps a bit too much time on it, and so it feels like an eternity before we even get to the train. We're rather quite inundated with the plot, to the point where I started getting confused, but also still stuck in the first act, so it takes forever for Ruth (or us for that matter) to meet her father, not even getting into the murder.

Now we come to the halfway point. My brain was beginning to melt by the time the train temporarily derailed and was accosted by a group of circus animals, but then things get crazier! We go into full comic book territory with a mad villain revealed to have perfect control over the train car. Talking from an unseen location with a creepy voice, he has secret panels cover the doors and windows, has the floor open up to reveal a cache of dynamite, and cuts the carriage loose from the main train. All sounds well and good. But then he's immediately killed just as he finishes his malevolent speech! 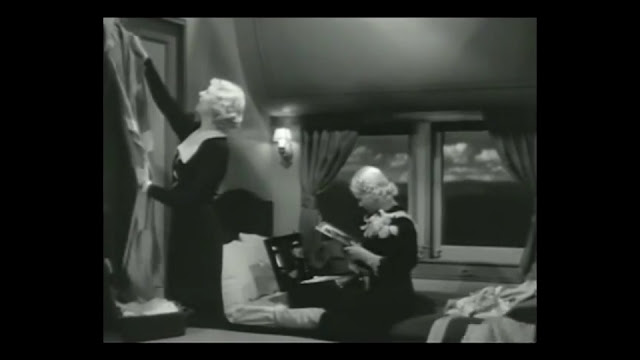 This whole high concept cat-and-mouse game on the train only begins when there's 10 minutes left, then it feels as if the writers didn't even want to bother, so the villain is unceremoniously killed offscreen. It nearly comes off as a parody with how effortlessly it happens despite all his expert planning. Overall, Murder in the Private Car wastes so much time with fiddle faddle that important plot developments as well as characters take forever to come into play, and feel confusing when they do finally arrive. I thought "Who's that?" to myself quite a lot!

Despite all these issues, the writing itself is pretty good,with many lines making me laugh. Ruth "I'll tell that office hour Romeo I'm a one man tune!"
Ruth: "Well, I don't know whether to call him father, or dad, or...what do people who have fathers call them?"-Georgia: "Ah, well I'd say that all depends. If he's rich, something like Father, or dad, or even Pater usually pays pretty good. My old man only rated Pappy."
Georgia: "If I don't wake up for two or three days, I'm not dead, I'm just resting." 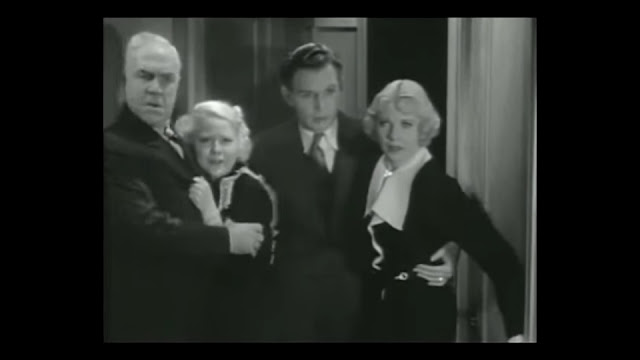 The direction is pretty neat. The climax is very well filmed! I'm pretty astounded that any movie from back then would've been able to pull off stuff like this (or indeed, been allowed to!). Then, just when you think you've seen it all, we get even more thrilling stuff to witness! The rail changing scene is definitely bound to make your heart leap to your throat, and I bet Hitchcock himself was grinning if he watched it. Really my only issue with it is that the actors/characters take a backseat to the spectacle, not helped by the rushed ending.

Charlie Ruggles and Una Merkel receive top billing in this production, which made me assume they were the leads. I was frankly surprised at how laidback and normal Merkel was, and how squeaky and manic Mary Carlisle was, because usually it's the other way around...Yeah, there's a reason for that. As it turns out, despite those two getting top billing, they're the supporting cast. Carlisle and Russell Hardie and the two leads. Though while Carlisle is her usual good self, Hardie as the love interest was rather boring, and didn't do much.

Charlie Ruggles is weird as the snoopy private eye. Perhaps a bit too weird, and certainly too old for the role considering how often he's referred to as young, yet his love interest is 20 years his junior. Still, he gets his moments. Una Merkel is fun too. Manic, yeah, but she has life in her performance. 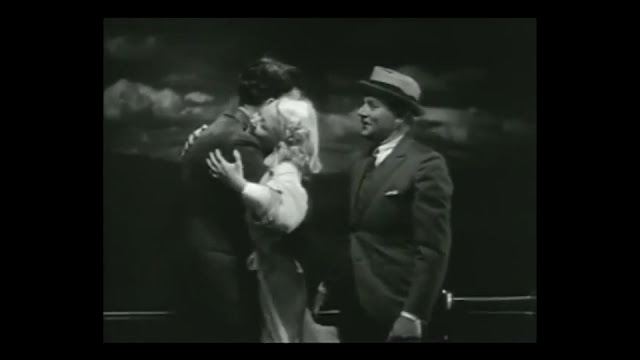 For his fleeting screen appearance (all of one scene) Some Guy (uncredited) does a really good job as the spooky voice, sounding pretty creepy! African American actor Jeff Toones is somewhat endearing as Titus, though delivers a pretty annoying exaggerated voice. Whether he's to blame or the director, I can't say. Thankfully his character is never the butt of any mean jokes. He's in the thick of it just as much as everyone else, and treated as an equal.

Murder in the Private Car is a bit too weird for my liking, but has got enough little good qualities to make sure the movie at least doesn't sink like a stone. It certainly could've done with some fine tuning, but it's not horrible...
Posted by Chris Hewson at 6:32 AM