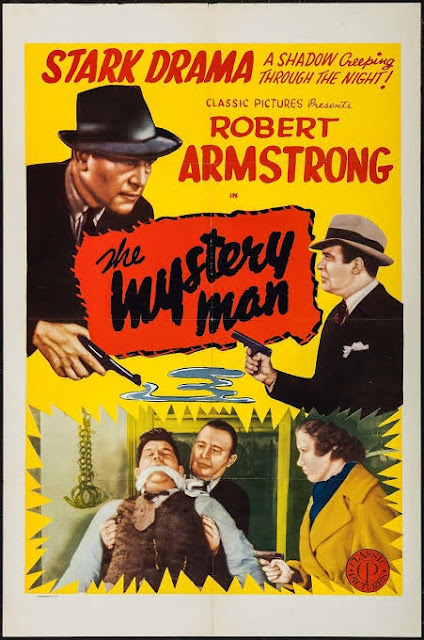 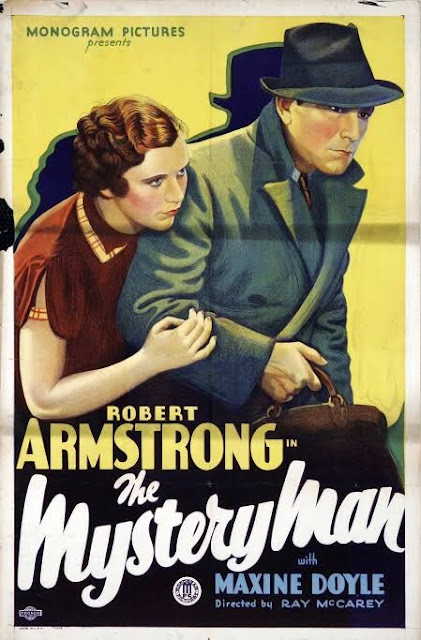 Reporter Larry Doyle has just been rewarded by his paper and the city of = for his work in solving the = murder case. In equal measure, he's fired from said paper after the boss has had enough off his glib tongue. After an all-night bender, Larry wakes up on a train entering St. Louis, where he comes across the similarly broke Anne. Deciding that this young girl needs some help, he decides to take her under his wing and ensure she doesn't have to go hungry.

Meanwhile, the city is being tormented by the malevolent crime lord known as The Eel, whose most recent caper has left a victim in its wake. Due to unfortunate circumstances, Larry is suspected of both the murder and of being The Eel, and must find the true culprit before his goose is cooked... 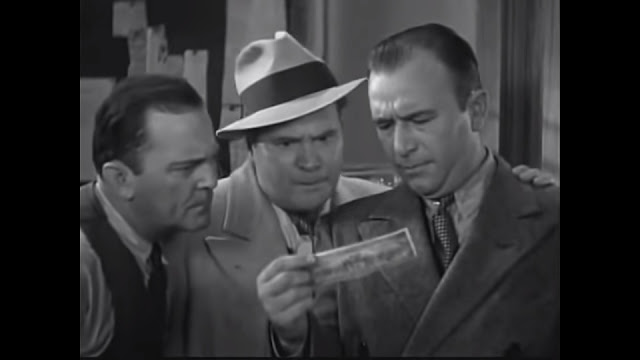 The Mystery Man is a very entertaining little picture! A combination of genres, it starts out as a comedy of a down-on-his-luck newspaperman, then veers into a cute romance picture of these two lost folk finding each-other and giving each-other a hand, getting into a few fixes along the way. Then comes the final developments when some intrigue is introduced, and the leads have to not only find a murderous master criminal, but also clear Larry's name. The movie balances these acts and genres well, feeling natural and never like a movie that's randomly pulling new directions out of a hat in the vain hope they stick.

Despite the title, this is more of an adventure than a mystery, but this is forgiveable enough. The writing remains solid all the way through, ending with what is either the worst proposal in history, or two lovebirds kidding around with each-other in an adorable way/manner.

The Mystery Man has a well-realised set of characters. The two leads are believable and likeable in their plight, while Larry's three friends back in = comes across as genuinely nice folk even if they are a bit =. His boss there Jonas is a stern taskmaster (but not without a point, or a softer side on occasion) while Larry's new boss in St. Louis is as skeptical and brusque as he is genuinely considerate and risk taking. The guy only gets like 3 or 4 scenes, yet he feels like a fleshed out character. 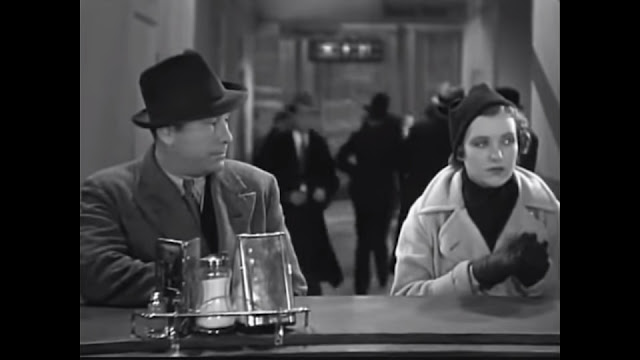 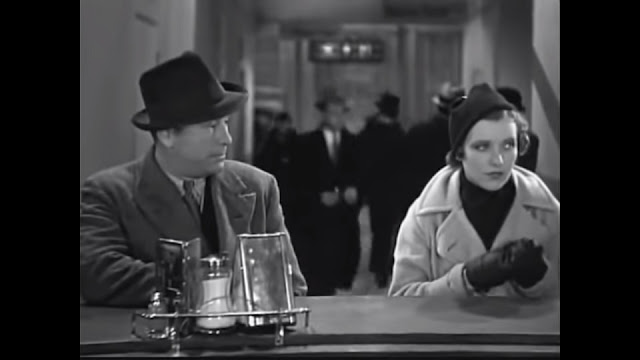 The Eel however is a pretty wasted villain. He only comes into the story in the last third, and barely appears. Less can be more, but it's not like he's a main cast member or anything. He's a total stranger to us, so there's not even a selection of suspects to guess with.

The acting in The Mystery Man is all good. Robert Armstrong delivers a fine performance, managing to make the character just believably unscrupulous enough without making him unlikeable. He played a similar character in 1929's Big News (with Carole Lombard), and this feels like a natural extension/improvement. Maxine Doyle is just as good, 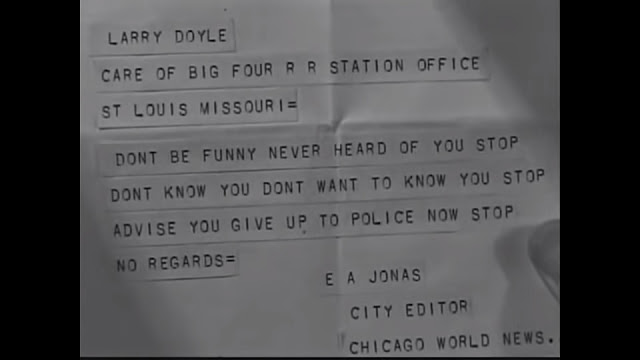 The Mystery Man is a great little example of 1930s comedy and crime, and of how well the two genres mixed and matched back in the day...
Posted by Chris Hewson at 6:55 PM