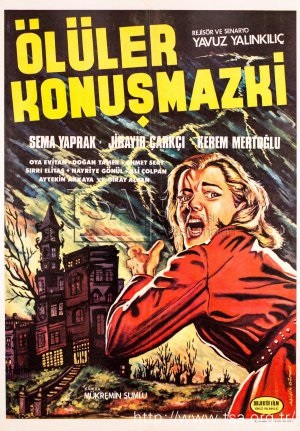 A young couple moves to an isolated villa as caretakers, but quickly find it to be a sinister place. Strange cackling keeps them up at night, and the butler is an unsettling presence. One night, things come to a head and both guests are killed by a maniacal ghost. Over time the being claims more victims, and sets his eyes on the latest tenant, a schoolteacher named =... 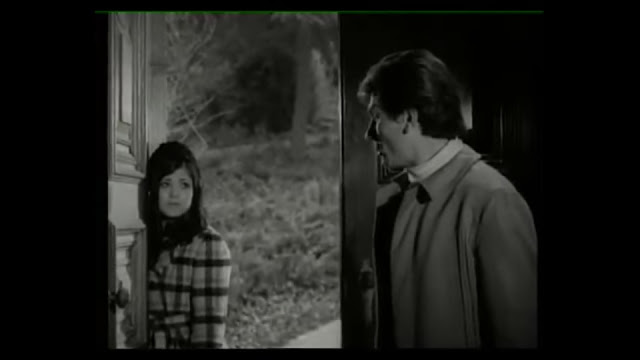 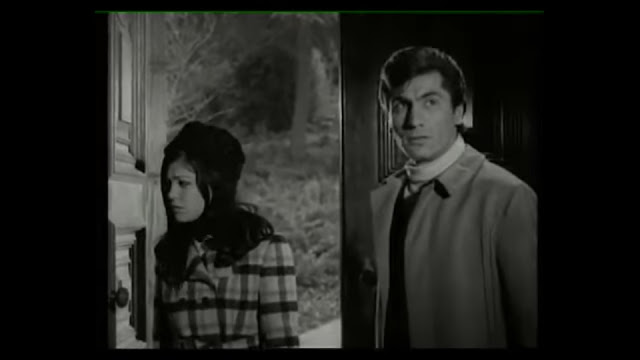 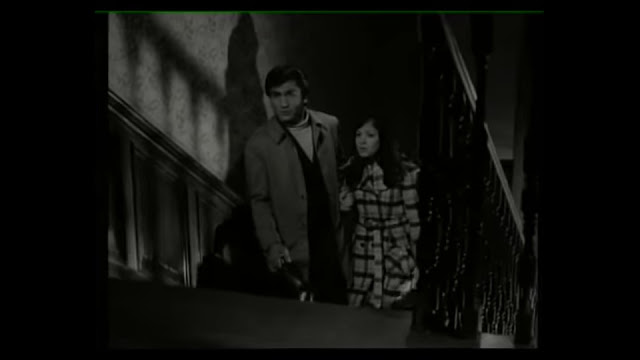 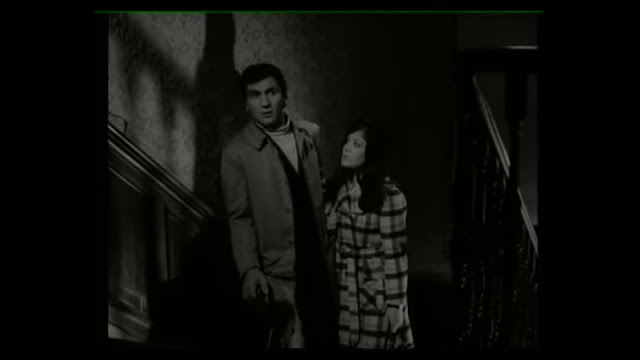 Ölüler Konuşmaz Ki (The Dead Don't Talk) gets off to a very good start! It sets the scene well, with an immediately spooky atmosphere that starts off slowly, and subtly builds...And then the main characters are killed 25 minutes in and the movie suddenly becomes a parade of death scenes and cackling. Disappointing, right?? The movie = becomes unfocused,   After a while it suddenly feels like the movie had begun looping! Except this time with a significantly less interesting protagonist who barely opens her mouth. She eventually redeemed herself in my eyes though when she actually ran from the killer! She gets away in a really impressive way too. I question why she chooses to keep staying in the creepy = house though. [Cheap rent only goes so far.] 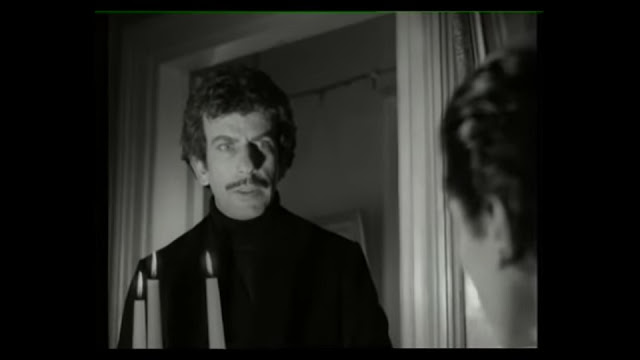 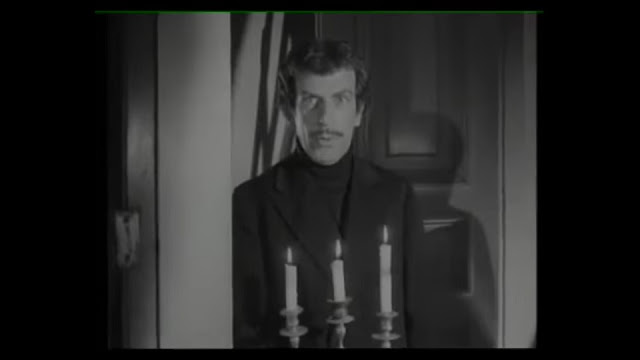 Overall, despite the new lead ='s relative quietness and meekness, she's pretty proactive and fearless! Meanwhile, the first couple may get more interactions, but they're marginally stupider people. The husband = has brought a gun with him to this = job for unforseen reasons, seeing fit to brandish/brandishing it about every chance he gets. When his wife asks "What good is a gun for ghosts?" all he can say is "Don't be childish, Oya." Oi, dickhead, she asked a sensible question! He deserves his inevitable violent death.

The villain is pretty one dimensional, although the way he = is at least interesting. The butler meanwhile seems =, despite his ominous presence and sometimes crazy behaviour.

The other characters are alright. Appearing about two thirds in are these townsfolk, who provide some much needed life to the movie. They may not be the funniest, but for a movie quite sparse on dialogue, they were a treat! They also help/aid in the climax too, which is nice.

Then there's the carriage driver who takes the couple to the creepy house. Scared out of his wits, he risks his life to get them there for the money, then leaves before he gets it! I mean, it's nice that money isn't the only thing her cares about, but still, = 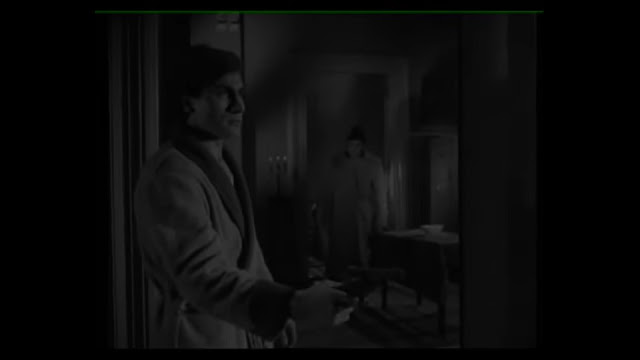 Ölüler Konuşmaz Ki is lit in atmospheric black and white, which goes a long way. The interesting thing about that is Ölüler Konuşmaz Ki is from 1970! It looks more like late 50s/early 60s! If one's gonna be behind the times, it's nice to be stuck in times as good as that for your movies!

There are some decently tense scenes here. One that was almost a favourite was totally silent except for a strange and ominous clicking that permeated the area...Unfortunately the scene ends up going for far too long, with nothing ultimately happening. It's repeated a bit better near the end though, which was a relief. 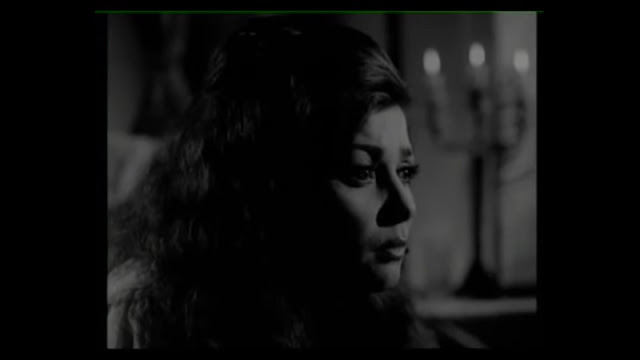 The death scenes are ok, but not that great. There's one in particular that's so drawn out! Even though he's right on top of his victim, the ghost takes like 2 full minutes to lean down, all while the woman endlessly screams! She never runs either, despite the ghost giving her plenty of time.

The direction and cinematography here is quite good. Some shots are framed very well, and some scenes are filmed in a neatly creative way. 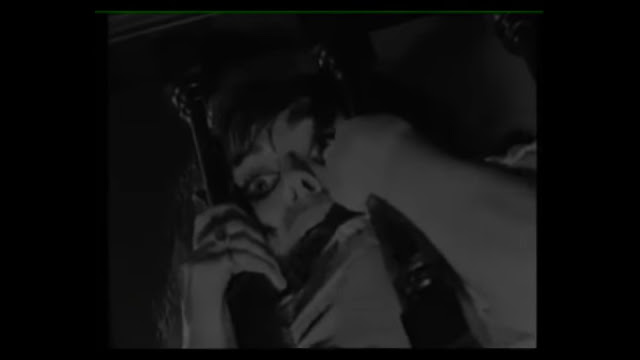 The music here is cribbed from sources such as Rosemary's Baby, and 2001, A Space Odyssey. As it turns out, Also Spake Zarathustra doesn't fit well with a Gothic horror story. We even get a dash of OHMSS in one scene before being quickly cut off.

The acting in Ölüler Konuşmaz Ki is a bit of a low point. It's mostly decent at best, but whenever characters have to express = emotions, they're absolutely laughable. "I DON'T KNOWWWWWWWW!" they shriek at the top of their lungs when asked a question, while the villain's evil cackling wavers between sounding effectively spooky, and almost like wailing. = is  as the creepy butler, but unfortunately someone else palys the ghost, and...uhh, not well, if I say so diplomatically. Bloody awful! 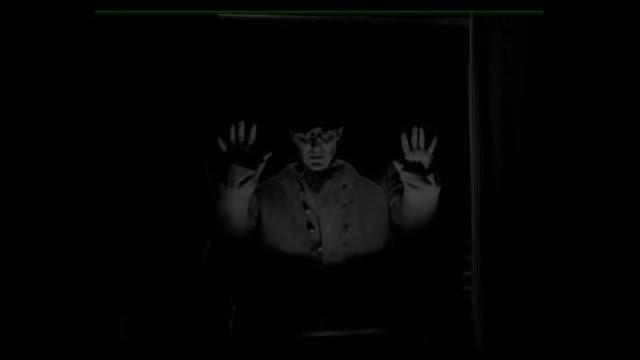 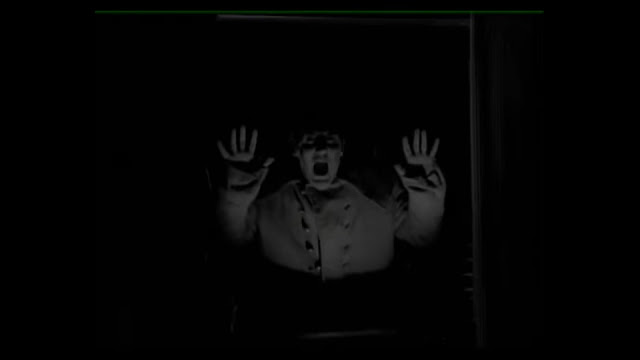 If this was an example of Turkish horror back in the day, it's no wonder it took so long to kick off! Still, Ölüler Konuşmaz Ki is an interesting experiment and time capsule if nothing else, and has got some neat things about it.
Posted by Chris Hewson at 9:31 PM