The Yeşiçam era of Turkish cinema is notable from its knockoffs and remakes (whether there's a distinction depends on both the viewer and the movie in question), from Batman, to Superman, Star Trek, etc, and today's feature...

Innocent young Gül lives at home with her single mother Aytan. Together they live a peaceful (if sometimes difficult) life, until Gül begins acting strangely one day after the pair use an old Ouija board they found in the attic. Things get worse as her behaviour becomes more extreme. Aytan takes her to as many doctors as possible, but none of them can find anything wrong with Gül. Faced with no other option but believing the problem to be supernatural, Aytan calls on the church to perform an exorcism, and expel whatever demon has taken up host in her daughter's body... 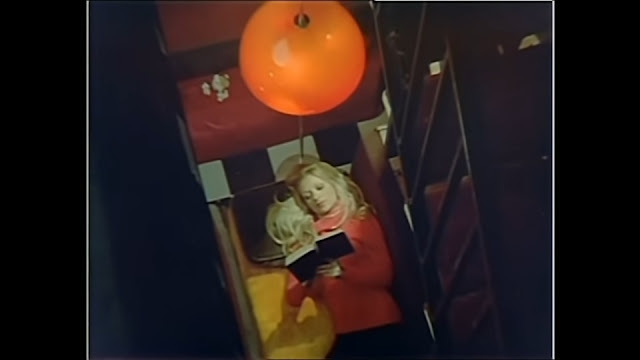 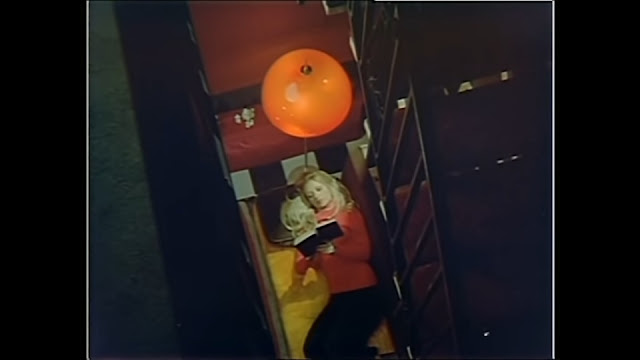 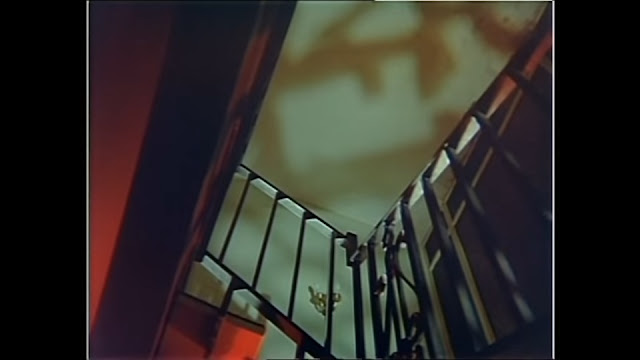 Right from the get-go, Şeytan is unmistakeably The Exorcist. It faithfully recreates just about every scene, and although this is trimmed somewhat compared to that movie (it's around 20 minutes shorter), I find this somewhat merciful, as Exorcist is pretty long at two hours.

The story here is relatively unchanged from the original, so there's no complaints on the storytelling front, though there's always the perhaps on the way its handled. Thankfully the writers of Şeytan seemed to understand it just fine, so we don't get any strange diversions that ruin anything. 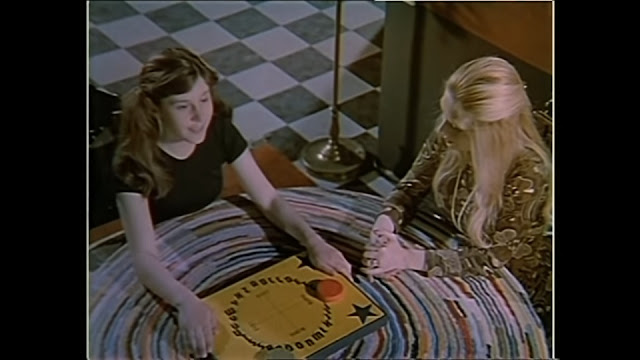 The main failing that could affect a movie like this is how it recreates these famous effects on a much lower budget. Now, Şeytan is by no means an expensive production, and this really shows in some scenes, most notable the archaeological dig. Instead of being a full operation in an ancient site, crawling with diggers and equipment, it's instead three guys in the desert randomly hitting the ground with picks, while the imam brushes the ground twice and immediately finds a demonic relic with zero trouble. The funniest thing to me though is that for all the cheapness, the location is just about spot on! This is Turkey after all, only a stone's throw away from Assyria. 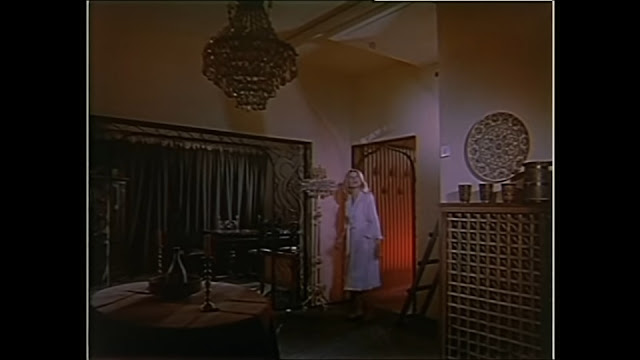 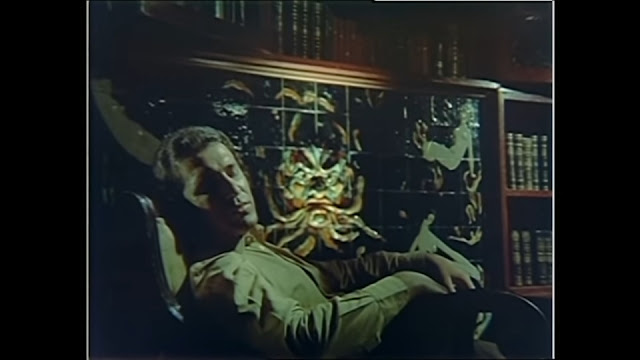 The other cheesiest moment in the film is when the devil statue apparates in the girl's bedroom, and she starts worshiping it, moving up and down so fast it's almost comical.

What strikes me about Şeytan is how much more casual the filming seems to have been for everyone involved when compared with The Exorcist. No being crammed in chilled rooms, not being hurled around rooms by wires, or having guns going off in their ears, and whereas the original production carefully searched for an American girl up to the task of portraying a child in such a traumatic position, the Turks presumably picked any random girl off the street they could find, like it's no big deal. Americans are wimps compared to the Turks/Turkey! The conversation probably went something like this-"Hey, do you wanna play the Devil?" "Do I?". 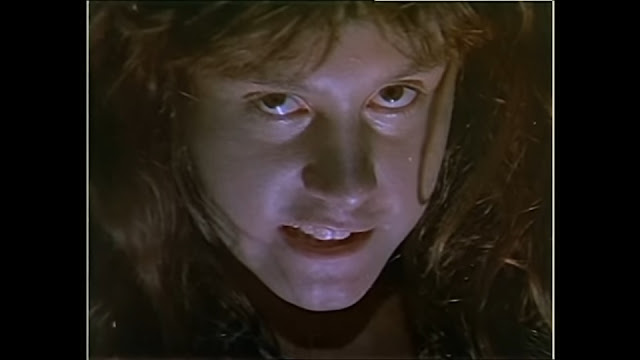 Perhaps the most interesting difference between this and its source material is that while The Exorcist is Christian, Şeytan is Islamic. This is only a superficial change, and it doesn't affect the story in any way, but it's still an interesting cultural element to see.

The Exorcist was controversial at the time for its then extreme imagery. Some might consider it tame by today's standards, but there's no doubting that Americans in the 1970s were terrified. Some moments you could imagine making it in to Şeytan unscathed, but others like the peeing scene or masturbation with a crucifix you would imagine wouldn't by a long shot...Ummm, they actually do! The latter scene is even worse, if you can believe it! Şeytan makes up for the distinct lack of crucifixes in Turkey with a...um, pointy replacement. The only thing that didn't make the cut was the profanity. 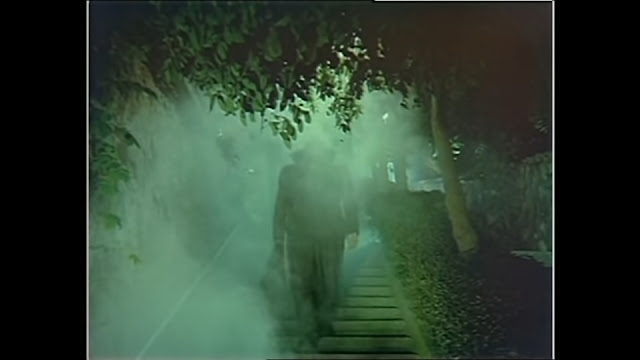 Its cheesiness aside, Şeytan is well made. After all, it is only a simple/typical possession flick, so a lot of the effects are easily achieved on a low budget, if the film crew are hardworking and dedicated enough. And it was made in only a year too, probably far less time than the original. The most convincing scenes by far are the medical ones, which look unnervingly real...No, don't worry, not that real! The Turks are industrious, not mad!

Some of the props are well crafted, others amusingly fake, like the relic the imam finds. It looks less like a 3000 year old amulet from Assyria and more like a plastic toy bought for 3 lira at a department store. The head turning is quite well achieved. There's a mix of a mannequin body and the actress's head, and while it's not a 100% perfect effect, most of the seams are covered up, and it's pretty effective. 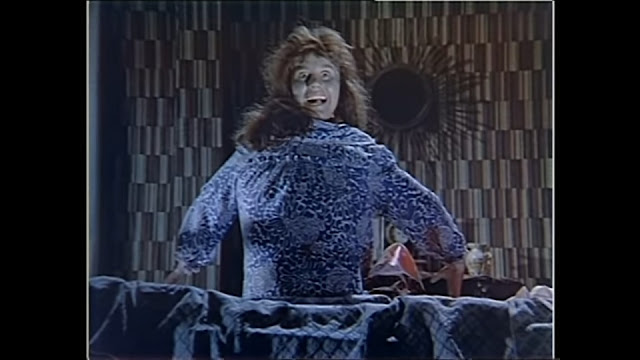 The soundtrack here is quite good, although the fact that it nicks music from its source material might have something to do with that. Surprisingly for a Turkish film, it's pretty conservative when it comes to how many times it replays Tubular Bells. Only about three times during the whole movie!

The cast all acquit themselves here. Even in the more dramatic moments they don't give into overacting...Until the end. The end will make you laugh! Canan Perver is cute as a button as Gül, and pretty creepy when she starts turning evil. She does a very good job, from her actions to her facial expressions. You don't wanna mess with this girl! The actor who voices the Devil does a good job too, sounding gravelly and spooky enough, even if you do wish you could give them a mentos at times. Cihan Ünal does a good job in the reluctant young priest role, while Agah Hün does an alright job as the older one, though he doesn't appear enough to leave a big impact. Meral Taygun does a fine job as the concerned mother trying her best in a bad situation. 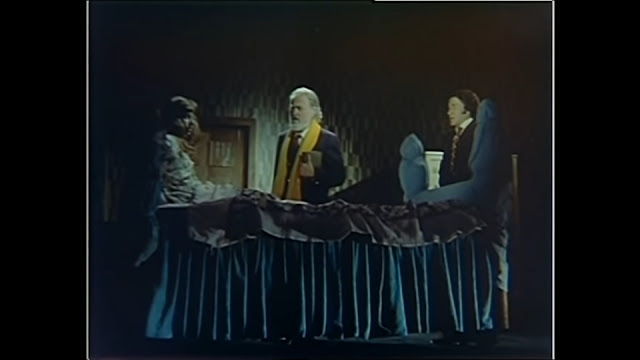 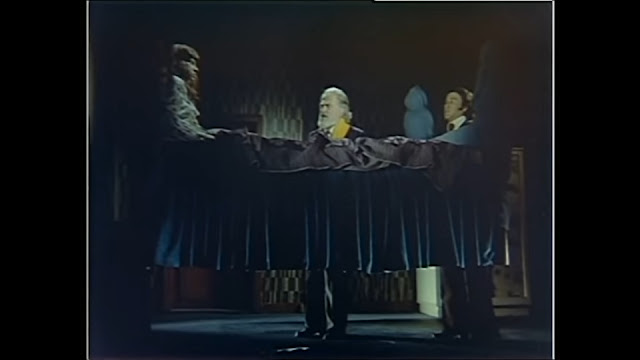 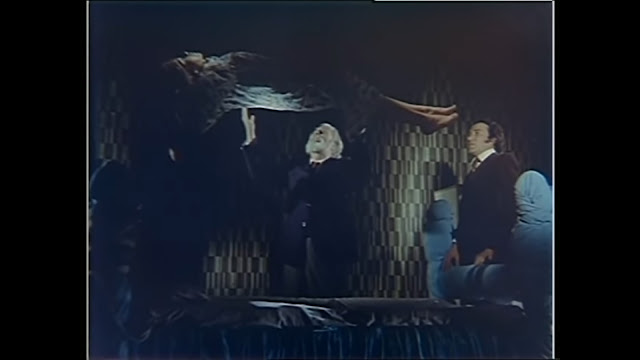 Şeytan is a decent horror film in its own right, as well as an interesting companion piece that shows how important a great story can be to a movie, and whether or not that can save it if the script is remade under different circumstances. While it's not as scary as The Exorcist, my opinion of/towards Şeytan is still a positive one...