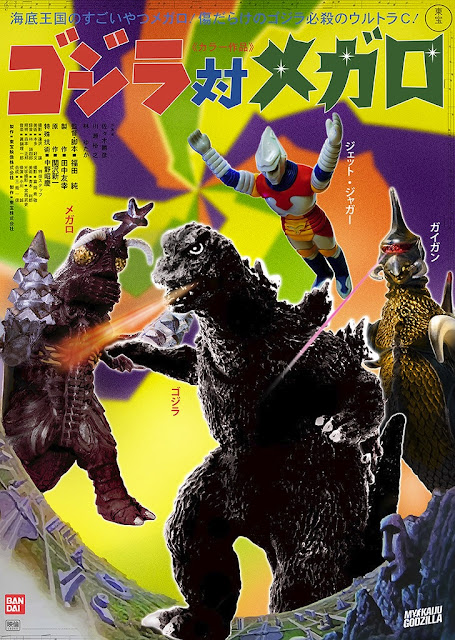 The Godzilla series has been through a few highs and lows over the highs, and a few tonal shifts. It started out as a very grim and serious parable about the horrors of nuclear testing, then gradually morphed into lighthearted monster bashes, where Godzilla is a more benevolent figure. I like these changes, as it always neat the series never got stale or boring. It was ever changing based on what the public felt like or what the producers wanted to tell. 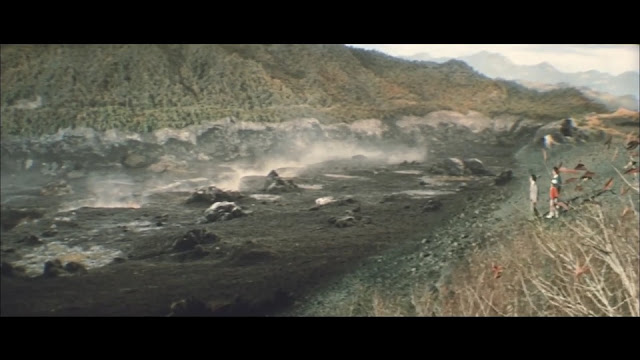 The undersea kingdom of Seatopia is under threat due to the careless underground nuclear testing of the world's governments. As a last resort, they send up the monster Megalon, a gigantic beetle god, to wreak havoc, and arrange for their agents to sabotage a scientist's new robot Jet Jaguar. The robot is successfully taken over, but inventor Goro, his little brother Rokuro, and friend Hiroshi fight back, and gain back control of their faithful robot friend, instructing him to bring help from Monster Island. Megalon is on the warpath and only Godzilla may be strong enough to beat him... 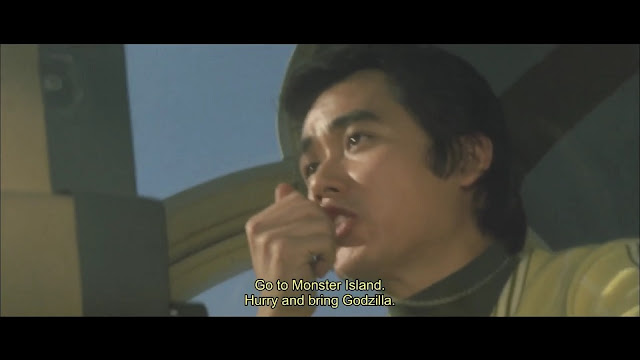 While it's derided by some as being the worst Godzilla entry, Godzilla vs Megalon has always had an audience, from people watching ironically in a 'so bad it's good' way, to those sincerely enjoying it too like me, and even some critics of the time who were otherwise unfavourable to these kinds of films recognised it as just a harmless piece of fun. I think it's just so good-natured a film that it's hard to dislike. 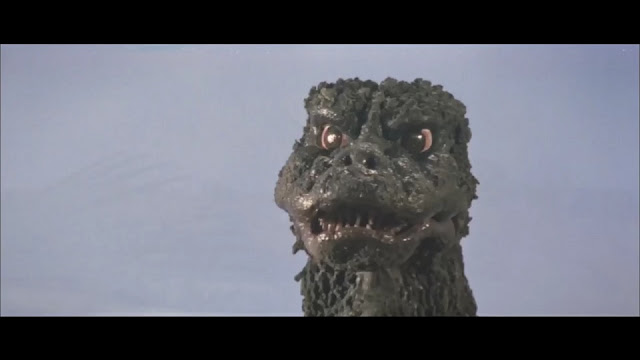 The biggest problem the movie faces is in it's main character. Godzilla is barely in this movie! He shows up in the opening, then takes another 45 minutes to appear! And he doesn't get involved in the action until the last 20  of the film. It's not that we don't get enough Kaiju in this movie, we just don't get enough Godzilla. 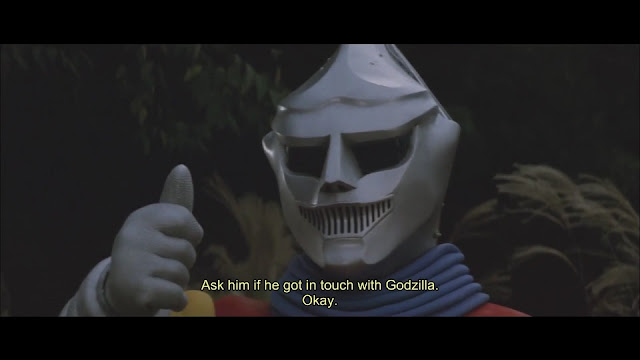 Jet Jaguar meanwhile gets the lion's share of screentime, and he's great. Visually cool, and with lots of character despite never saying a word, he's a fun hero! The reason this even is a Godzilla film is because the producers were worried that JJ wouldn't be able to carry a film on his own, but for me this couldn't be further from the truth. I can understand their worry since it was a new untested character, but he works great, and could easily carry a solo feature. In fact he kinda does considering how absent the Big G is most of the time!

Megalon is a fun new monster, with a distinctive appearance. A giant beetle with drills for hands and a missile firing mouth. He moves in a believably clunky way, due to his size and big  metal attachments. He gets moments both of strength and amusing defeat, like when he accidentally swallows one of his own bombs.

Also returning is Gigan. You remember, the giant robot chicken with hooks for hands and a buzzsaw on his chest! Aren't the Japanese fun? Gigan's debt outing isn't exactly a fondly remembered film, so it's nice to see him make a return. It allows for the return of this fan-favourite monster, it lets the film be a nice even tag-team affair, and it lets this poor put-upon monster appear in a good film this time! It's not his fault he had a bad monster agent! 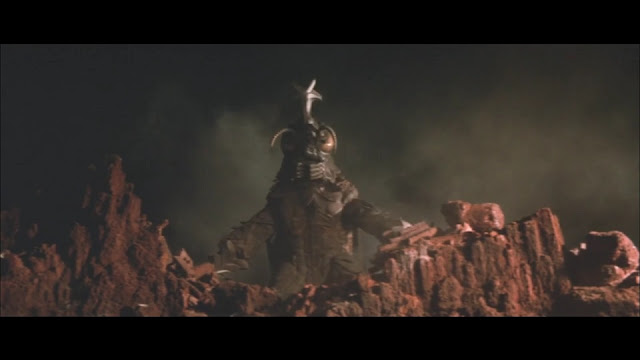 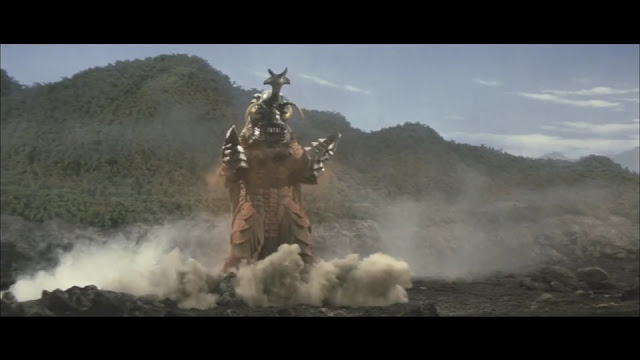 Kaiju films always face the same problem. You simply can't have  a movie that's 90 minutes of monsters fighting and nothing else. And yet they're who the audience want to see. So if you're saddled with a human sub-plot, it had better be interesting or fun! Thankfully the one here isn't half bad. It's not the most complex of stories, but it's well told, has competent heroes and fun action. It also has a good message to send without being forced or obvious about it. It's just clear and up-front.

One problem I had with the story overall is that the Seatopians don't really get a resolution. They are mentioned casually at the end, but more as part of the moral. i.e. I hope our countries stop this nuclear testing, so the Seatopians can live in peace. Only then will no more monsters attack us. This isn't a huge deal, and that closing message does work, but I did wish there was a bit more of them, because while their clothes and city looks silly, it's also pretty interesting, and ripe for exploration.

There are lots of little touches to this movie that I found amusing. The date for instance. It's set in the year 197X. Wow, 7X? What a year that was! It's funny to me that they did this to make the date ambiguous, as futuristic gadgets might not come to pass in 1973, but if you keep the date a mystery, you don't have to worry about people in the future poking fun. And yet they kept in the decade! Surely 19XX would've been the more sensible solution.

There's also a hilarious moment where a radio announcer very casually announces the appearance of a new monster marching towards Tokyo. Typical, happens every Tuesday I bet. 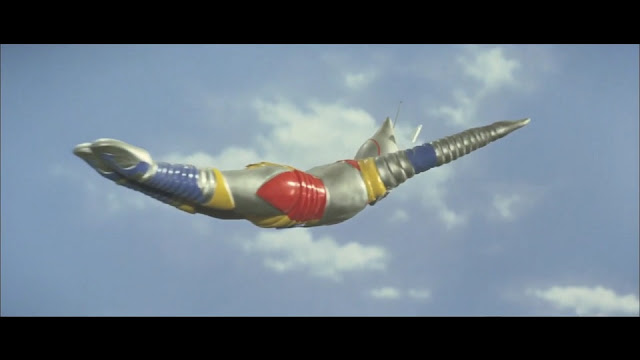 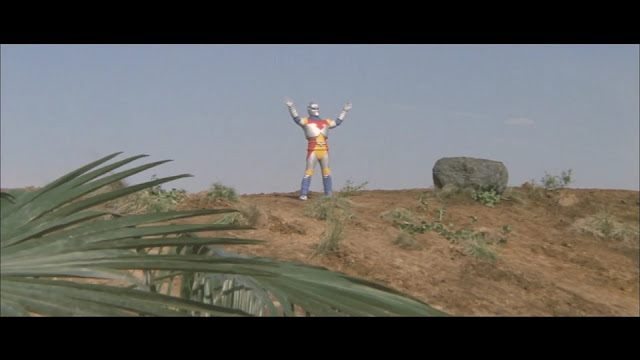 Something I think about the lighthearted Godzilla films, and indeed Kaiju movies in general, is the level of destruction. We see buildings being toppled over, landmarks destroyed, and things like that, but yet never really any casualties. The sheer amount of casualties that would come from buildings being totalled would be too grim for such a goofy movie as Godzilla vs. Megalon anyway. Here's my theory! After the first few monster attacks, Japan installed special bunkers with super fast lifts in their buildings. Break glass in case of monster attack. So whenever these kaiju come knocking, everyone can just zip down to safety before their workplaces are demolished. Makes sense really, given the tone of these films!

Godzilla vs Megalon was one of the lowest budgeted films in the serious, but honestly you can't tell! It works well within its means, some scenes are really impressive, like the lake draining and its aftermath, and the monsters all look great, including newcomer Megalon. 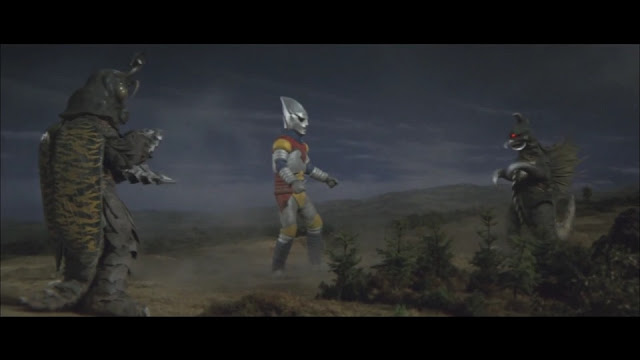 The other thing I've read about this film is that it uses stock footage from 6 other Kaiju/Godzilla films, but I find that hard to believe. Either it's not true, or it is, and this did a  really good job of hiding the seams! Even watching this with that supposed fact in mind, I wouldn't be able to tell. Maybe I could recognise a building or two, but overall this is edited and arranged so well that I find it hard to believe it's got stock footage from 6 different movies.

Something to be commended about Godzilla vs Megalon is how quickly is was rushed out! Filmed in only a few weeks, on very short notice, the fact that the movie is as watchable and well made as it is really speaks wonders to Toho's production team! Simplicity really worked in this film's favour. 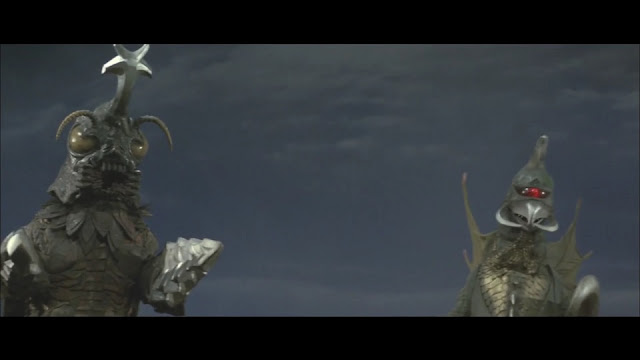 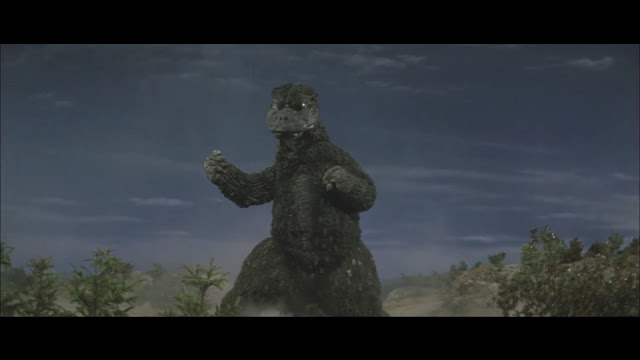 The music here is lots of fun. We get many leitmotifs, good tracks, especially during the spectacular beatdown at the end. The crowning moment for me and many others though is the surprise at the end! I won't reveal what it is, but suffice to say you couldn't ask for a better way to close out a movie than this!

The actors here all do fine jobs. Some of the Seatopians are a bit goofy (the white guy looks a little unconvincing), but overall the performances are fine, and the kid is never annoying. He's pretty fun, never getting in the way, and always playing a part. 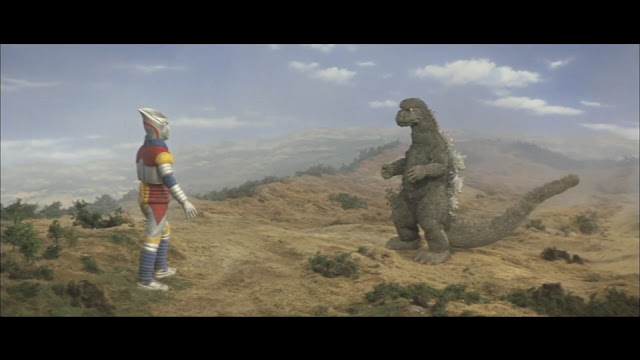 Overall, Godzilla vs Megalon is a great time to be had! It's a fun introduction to the series, nails the tone and monster on monster action, and while it's not on the same level as the gripping and deadly serious original film, well nothing is, so that's too high a standard to meet anyway. It's just pure entertainment, from start to finish!...
Posted by Chris Hewson at 10:58 PM