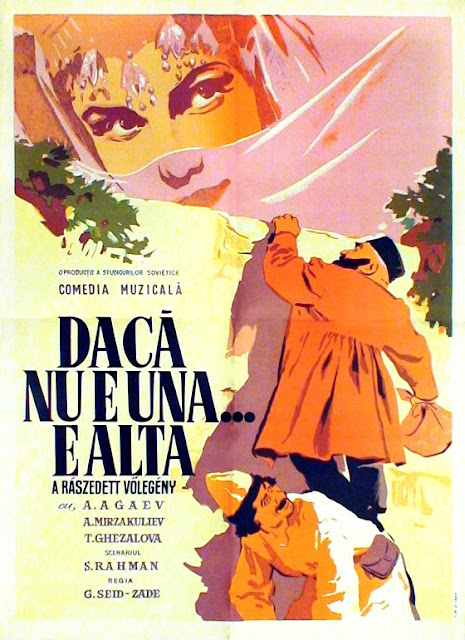 In 1910s Baku, one Rustam is in trouble due to his gambling habit. To pay off his debts, he promises the loan shark Maşadi Ibad his daughter Gulnaz's hand in marriage. She does not take this lying down, and together with her true love Sarvar, they hatch a scheme to foil the plans of these old men, and live happily together... 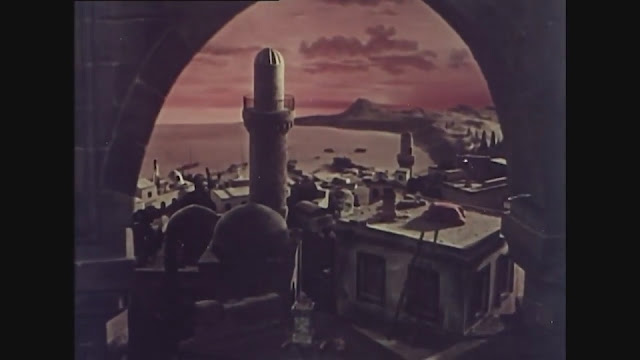 O Olmasın, Bu Olsun, translating to the much longer "If Not That One, Then This One", is a quintessential example of Azerbaijan's cinema. Still one of their all-time classics 70 years on from its release, it's a jovial musical, all about young lovers and arranged marriage.
The film takes aim at misogynistic and conservative culture, in a very empowering way. I was surprised seeing a Muslim movie of this era openly and honestly criticise unsavoury aspects of old religious culture. But then I remembered this was made when Azerbaijan was part of the USSR, and had to be godless communists. Still, I doubt that had any effect on this film's message, especially when it was based on an older play. 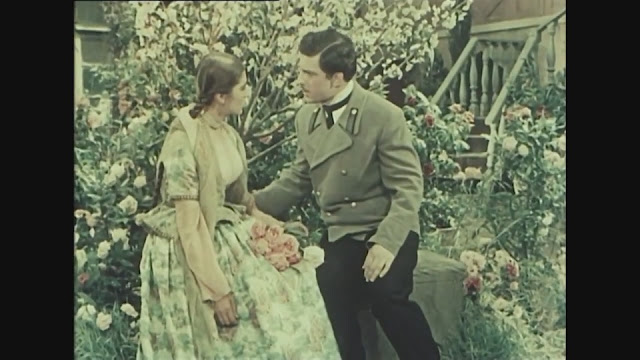 What I really appreciate about this movie's message is how it tells it in such a light way. This can be a serious topic in real life, but Olmasin presents it in a gentle and lighthearted way, showing how it can be challenged. Despite a bad arranged marriage on the horizon, the characters are always happy, and positive things will turn out for the best, which you know they will in a 50s musical. 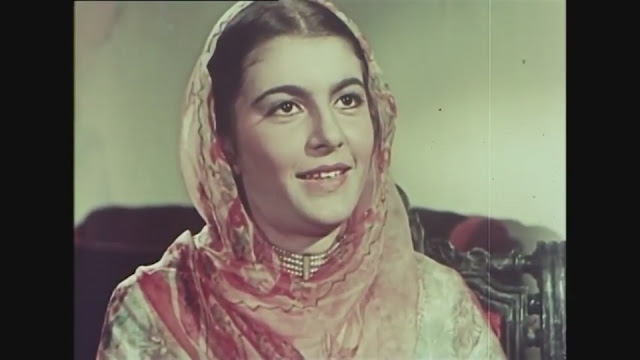 Olmasin is a very funny movie, from the story, to the characters, their dialogue and actions, etc. I enjoyed the one song where Rustam is trying to butter his daughter up for marriage, and she very sweetly sings positives...until he asks if she wants to get married. The sense of humour is surprisingly cheeky in places. One great example is the number when Gulnaz and her maid confront Maşadi Ibad, which is hilariously blunt, and contains some brutal put-downs! 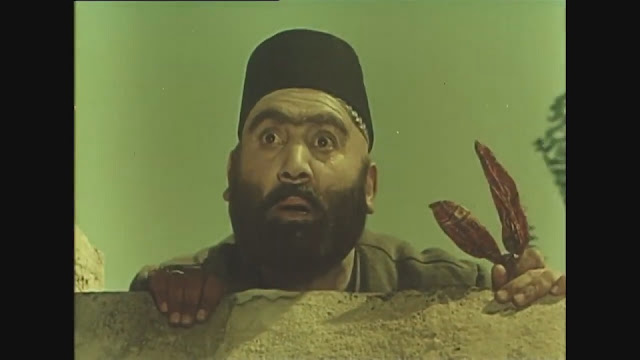 The plot is simple in the best ways, and moves along nicely. It's brought to life by its great cast of characters. There's the young couple, Sarvar and Gulnaz, who are lovey dovey, yet also not at all naive. Then there's her hypocritical father, who is willing to sell his daughter to pay for his gambling debts, and faces unexpected opposition. The film's highlight is its antagonist Maşadi Ibad, who's not a good guy by any means, but is also portrayed in such a goofy and almost pathetic way he's never truly hateable.
The setting is very interesting. It's already exotic enough, being set in Baku (well, unless you're actually from Baku, that is), but there's more on display here. The film showcases a diverse culture, with Turks, Georgians, Armenians, Russians, and more, all milling about in this melting pot of a city. 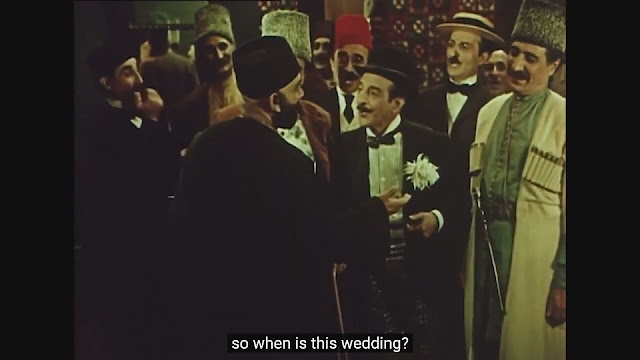 This is a great film visually too. The sets, modelwork, and real locations are all fantastic, and 1920s era Azerbaijan is recreated so well you forget this is from the 50s! This is never a cheap film, and can equal anything Hollywood was making at the time, which is a real pleasant surprise! 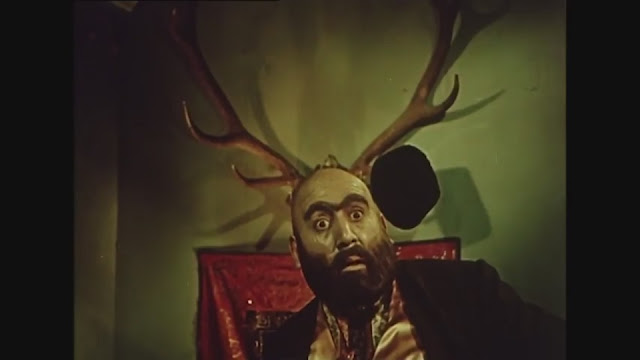 The songs in Olmasin are really good. Musically they are nice, and always enjoyable to listen to. I particularly liked their role. The segues are great, and they often take the form of conversations. Another thing I noticed was that the music here sounds very classically Indian! If you've seen any old Bollywood movies, or more likely, if you've seen that one episode of The Simpsons ("I hope you enjoy this. It made every Indian critic's top 400 list!"), you'll find this familiar. For that reason I highly recommend this to Indians! It should give them a nice cosy feeling, as well as getting to see how their neighbours lived. 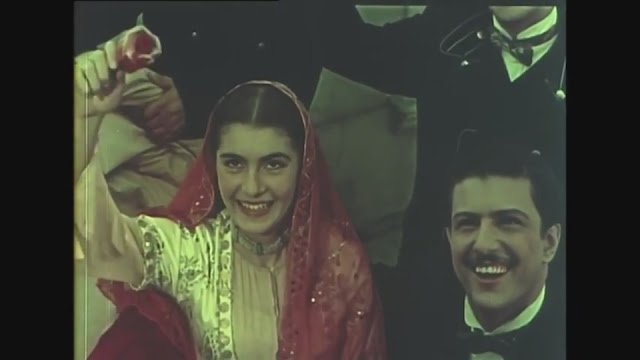 O Olmasin, Bu Olmasin is a lovely film, and if you've gotta make anything your first film from Azerbaijan, make it this one! It's charming, funny, and bound to be a favourite...
Posted by Chris Hewson at 7:22 AM