Werewolf of London
is a great marriage between classical werewolf lore and modern = (modern 1930s still being classical to us, of course). We've got a mix of science and the supernatural that actually works, and is interesting to watch unfold!.
really dug the = of having the werewolf flower be in Tibet! Most werewolf stories are set in Europe, as that's where the lion's share of our = lore comes from, so it's a nice treat   especially Tibet, which gets little enough coverage in fiction as it is.
It's easy for people to complain now, in the digital age, that = were guilty of not  but the period and its limitations has to be remembered. Any information one can possible conceive is literally at the tip of their fingers now, which can make one forget the lengths you had to go to when even telephones were elatively modern, and even fax machines didn't exist yet.   was a lot more forgiveable back then. It was 1935, there was no google, nor could you crack open a Lonely Planet guidebook and learn all the local phrases. Short of actually going to Tibet, the only real way of = would've probably been consulting a = learned professor, which would probably be too much effort for a 10 second scene.
twist that is absolutely wonderfully telegraphed! So much so that if you're ever accidentally spoiled because you = or some prick told = never fear. It's in the Final Fantasy X school of = just as rewarding knowing the twist as not knowing
funny   all without sacrificing the spooky tone, as the laughs all come from   character, rather than the =, so the atmosphere itself is untouched. Maybe even improved. It's always a good sign when you can jump from one = to the other and pull it off. There's one particular =  that I quite appreciated. There comes a point where = is attacked  encounters the beast, and is terrified, and instead of having her be instantly chipper next scene, the = instead focus on other characters for the remaining laughs
10:25, I simply jitter to go to Java, 14:25, 18:30  What kind of 6 year old were you? 23
direction   interesting shots   werewolf transitions are very interestingly done, both from a cinematic standpoint, and an effects one!  very cheesy phone montage near the end
She Wolf of London
Phyllis Allenby is a sweet young girl, living at her family estate with her Aunt Martha and cousin Carol. Her life is going well, and she's engaged to a nice young man, but there's something gnawing away at her-The curse of the Allenby's. The members of the family are said to tranform into wolves when the moon is bright, and the last few nights, Phyllis has woken up covered in dirt, with strange footprints leading in from the window... 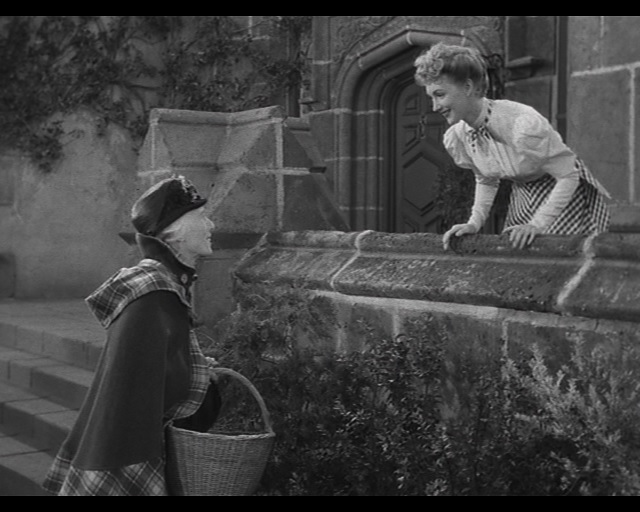 We're skipping ahead a few years now, but that's only because She Wolf of London bears = to the earlier standalone Universal features, rather than the crossovers and = that came =. Also, it'd feel weird sandwiching the really famous = in-between the more obscure ones! 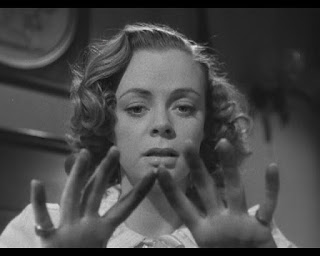 Something interesting is that the cast is primarily made up of women! Phyllis, Carol, Martha the matriarch, and the kindly servant Hannah
I'll try to dance around the subject delicately, though it's not that much of a secret. She Wolf of London has a certain reveal that some object too, calling cheap and =. I disagree. The movie never lies about what it is, or makes false pretenses  It always presents the possibility that if not actually cursed, Phyllis might just be prone to fits of madness where she thinks she's a wolf.  The fact that  and the movie always has a bent of mystery means it never feels like a werewolf movie with no werewolves, like say Howling VII.
Something the movie amusingly reminded me of was the hilariously titled 70s horror flick Sometimes Aunt Martha Does Terrible Things    While I personally found the solution to the mystery obvious, the film does a good job at keeping us on our toes. If =, is it Aunt Martha? Or perhaps a conniving Carol! Or maybe a = Hannah. Obvious or not, there's a healthy enough suspect pool here.
What I do mind a little is the sensationalistic title, however. It's a great title, but a = promises  and maybe a bit too silly for a pretty serious movie.
One scene I felt was a little clumsy was when = tells her daughter the truth about their family connection. The scene itself is perfectly fine, but  twist later on makes its inclusion at the very start as an infodump feel  like reading a whodunnit that opens with the lady of the house going "I say, I'm rather suspicious about my butler". 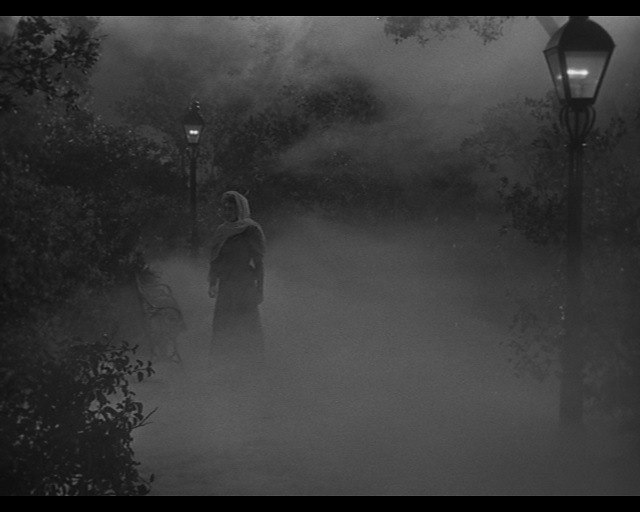 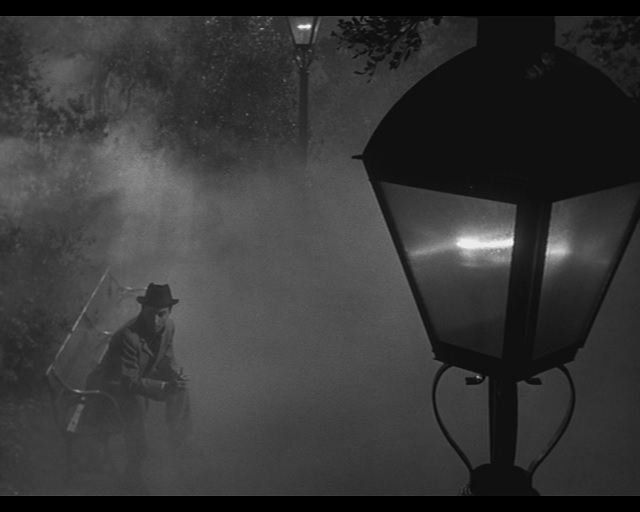 I've heard some criticise this movie as being a dull cheapie, made in the latter days of Universal's horror heyday, but I disagree completely. Not only is it not dull, and certainly not 'so bad it's good', but it's anything but cheap either. The locations are great, with the mansion and park both lending great spooky atmospheres. Whoever thought a mere park could be used so well in a horror movie!
The direction is neat here too, with many creatively shot moments, and a perfect =. 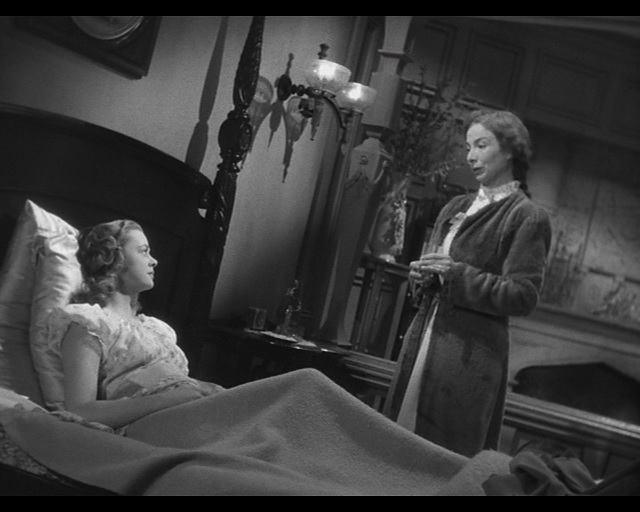 acting. For those used to June Lockhart as the mother on Lassie, she delivers a neat performance here! She's suitably scared when the scene calls for it, getting across well the growing sense of dread and =. Sara Haden and Jan Wiley also perform well, and Dennis Hoey is a welcome presence to see, part comedy, part serious. Fun director and screenwriter Lloyd Corrigan also delivers an enjoyable performance, also funny and serious when he needs to. 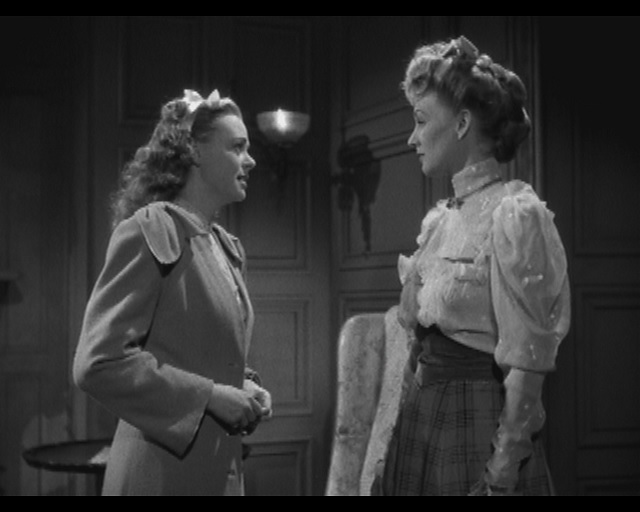 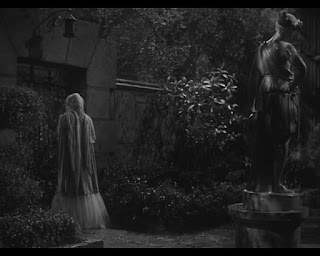 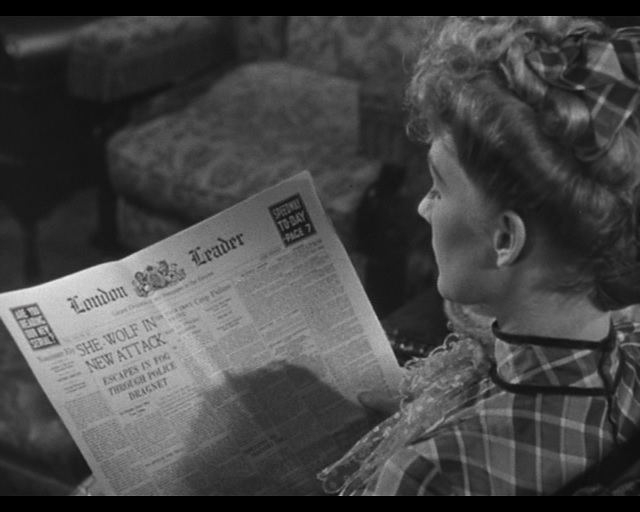 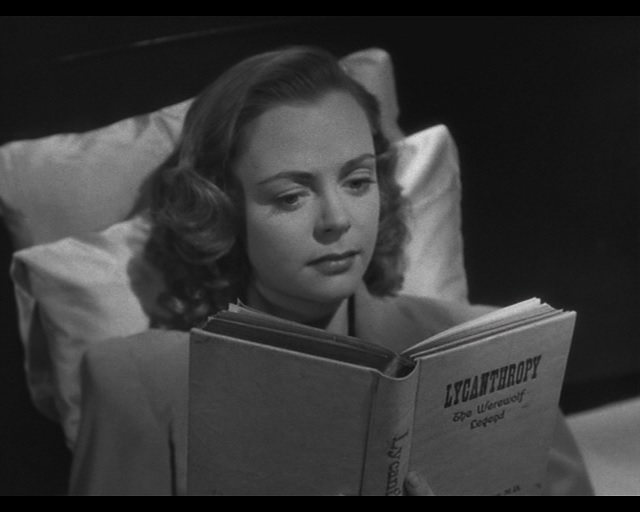 She Wolf on London is a real treat! It's spooky, effective, and never bores during its brief runtime. It's definitely worth a watch!
The Wolf Man
Lawrence Talbot is a black sheep of the Talbot family, finally returning home from America to the ancestral family home. He and his father have a warm reunion, and Larry gets to know the town, making friends, and falling for the pretty Gwen Conliffe. Tragedy strikes when one night, during a Gypsy festival, a woman is attacked by a strange wolf-like creature. Larry beats it to death with his silver cane, but not before being bitten. Strangely, the scar is healed the next day, and in its place forms a pentagram. 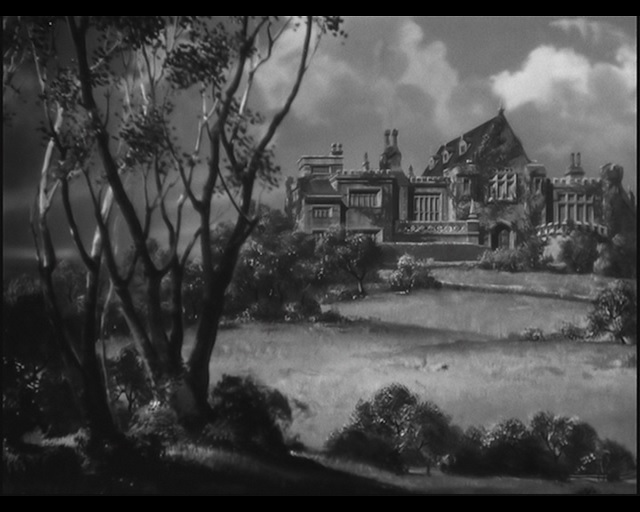 Skipping back, it's time to discuss one of the classics in the canon, The Wolf Man! It's worthy of every bit of fame it's received over the years.
The tone of the film is gloomy. There's a sense of horror  and also sadness and inevitability. Once Larry is infected with this curse, there's no way he can fight it, and he finds it harder to deal with as = and more people start dying 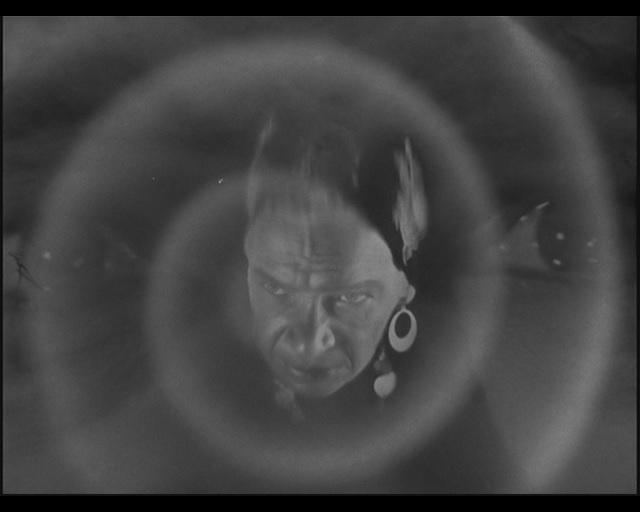 The writing is very good! Everything is simple, but  The characters, location, and themes are all introduced very well, and we understand things greatly. The dialogue is standout, with the best being the oft-repeated (sometimes a little too much) mantra "Even a man who is pure of heart and says his prayers at night, may become a wolf when the wolfsbane blooms, and the autumn moon is bright".
My only complaint with the movie is that it's a little short, and feels like it ends early, with more it could have told. The first act is great, the climax is great, and everything in-between satisfies, but I just wish we'd gotten a few extra scenes, so things wouldn't happen so quickly. The hurried pacing affects the last act the most, and I was surprised at how quickly the ending came. 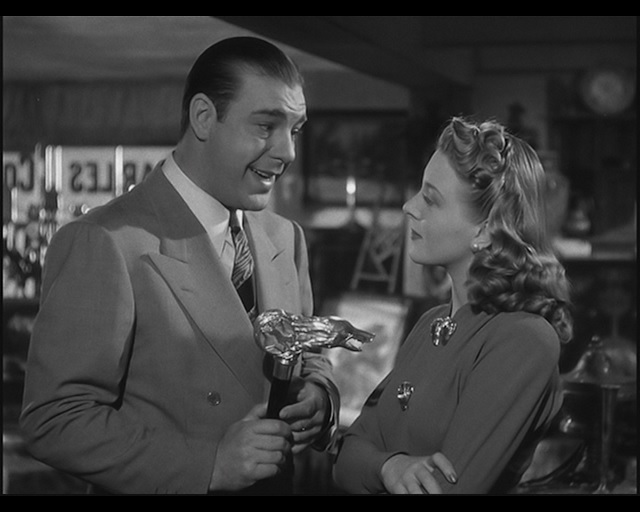 Larry Talbot is a great lead, likeable and good-humoured, while also getting across the despair of the situation well.
Bela Lugosi has a small but memorable role, and he gets   My only complaint is that he's killed a little too quickly. I don't mind him only being in the first act, since his attack (and subsequent death) is the catalyst for Larry's infection, but I would've liked at least one or two extra scenes of Lugosi. The direction the The Wolf Man is very creative, with superb scenes like the gradual change of the pawprints to footprints in Larry's room, or when he enters the church and we follow everyone's gaze as they look back. Curt Siodmak really brings his A-game, helping build such a wonderful Gothic tone.
The effects here are great, and still famous almost 80 years later. The werewolf make-up is really good, looking convincing and spooky. The transformations are also well made, with neat =. A couple of transitions are very abrupt though. He's fine one scene, then suddenly a werewolf the next. This happens even in the final transformation! 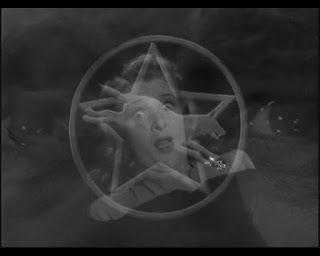 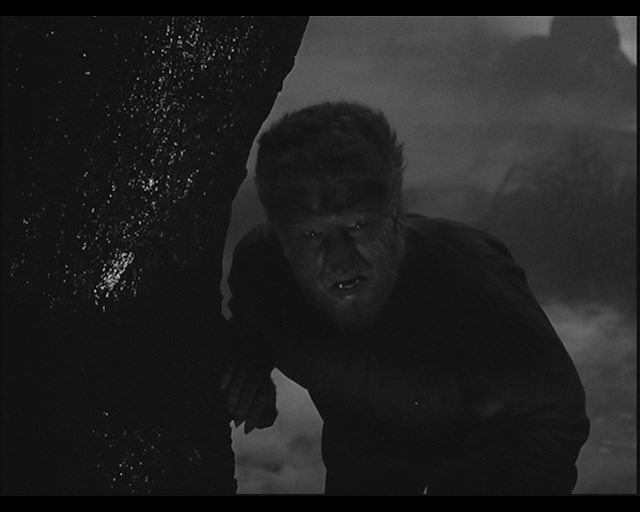 Lon Chaney Jr. makes a great debut for Universal's horror canon with his first performance  Evelyn Ankers in a nice enough love interest and supporting player. Claude Rains also gets a good role, as the heart of the film. Bela Lugosi is great in his small role, being both scared and scary. And lastly, Maria Ouspenskaya is   as Gypsy woman Maleva.
The Wolf Man is
Posted by Chris at 6:56 PM