The movie is about Interpol agent Kyle Connors (Wilson), who, after losing his partner Trevor (Rick Hill from Deathstalker) in a botched operation, goes on forced leave to India, where villainous occurrences are afoot that just happen to involve Connors. I won't insult your intelligence by saying that the main bad guy is anyone other than Trevor and the movie doesn't either, simply saying stuff it and showing us his real identity about twenty minutes into the film.

All the while laying low, with Ravi finding information on Davaad's whereabouts, he frequently bumps into a mysterious lady, Shalimar (Deepti Bhatnagar), who is constantly being chased by a group of equally mysterious men. 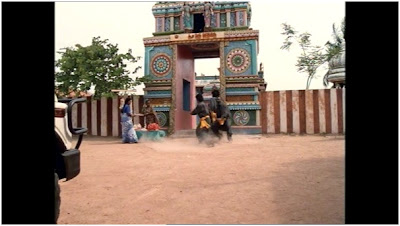 After Ravi is murdered by Davaad, Connors seeks out Grayson with renewed vengeance, seeking him out a a party at his mansion. It's here that he finds out that Grayson isn't really the bad guy (although he is still a crime lord. I'm guessing that he's a crime lord with a heart of gold), and that he was fooled into throwing his pursuit onto Grayson, when the real threat is a shady, unseen crime boss known only as 'The Hydra'! 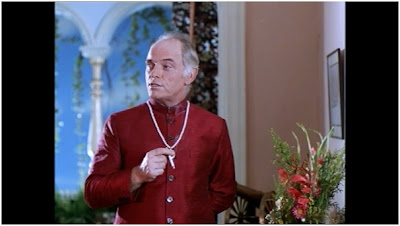 Connors is betrayed by Callista, who was in tandem with The Hydra and Davaad the whole time, and he is brought to 'The Hydra', Trevor himself. Trevor faked his own death in order so he could steal the 'Aquarius Disc' (and leaving a useless copy behind to fool Interpol into thinking that they have the disc). The 'Aquarius Disc' is capable of hacking into any computer network in America (or the world, it's a bit sketchy), which Trevor will use to commit the biggest bank heist in history. Connors escapes, and after stopping the bank transaction, goes after Trevor and his goons with the help of Grayson and his goons! 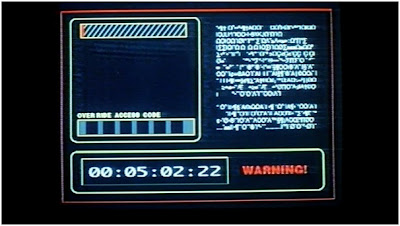 Inferno-or Operation Cobra as it's also known-is one fun flick, if there's one thing that Roger Corman protege Fred Olen Ray can do damn well other than skinemax, it's action! Famous kickboxer and B-Movie star Don 'The Dragon' Wilson (who was in movies like the epic Bloodfist series that had nine installments. Naturally the epic tapestry this series planned to weave was so amazing, they couldn't help but have each and every one of them have exactly nothing to do with each other) stars in Inferno, and he does a fine job, showing some good screen presence and acting as rogue agent Kyle Connors. 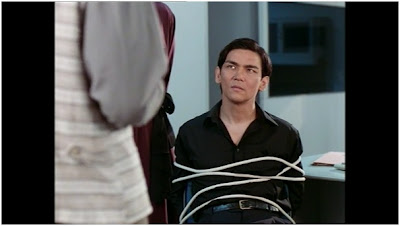 The rest of the acting is fine throughout. Rick Hill overacts gloriously as the film's main villain, in stark contrast to his stoic performance as Deathstalker, he's really fun to watch in this film. Evan Lurie is also fun as Davaad, the film's secondary main villain. Secondary or not, Lurie has a lot more screen time than Rick Hill, so he has to carry the movie's villain department on his shoulders through most of the film. He does this successfully, playing a fun villain with a penchant for breaking necks (at one point he uses the power of the camera to jump-edit a man to death). Despite looking like plastic, Tane McClure is good as femme fatale Callista, making a fun, yet very stupid villain (more on that later). 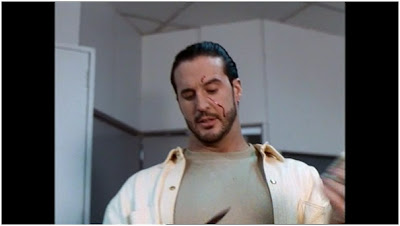 Something else that makes the film notable is the presence of famed Indian actor R. Madhavan, in his first film role. This guy is big stuff in India, making several lauded films, ranging from films in Hindi, to Tamil and several other languages, making him known as an actor with a 'pan-Indian appeal'. It's not hard to see why he's so famous, because even in his first film role he's a fine actor, a lot of fun and one of the best parts of the movie (isn't it funny to think that even a famous Indian actor, probably unheard of outside of Asia, still got his start via Roger Corman! And by way of Fred Olen Ray! It's almost unbelievable!). The only bad thing about him in Inferno is that his character dies. R.I.P. Detective Ravi: Killed by having his neck broken in the most undignified way possible! 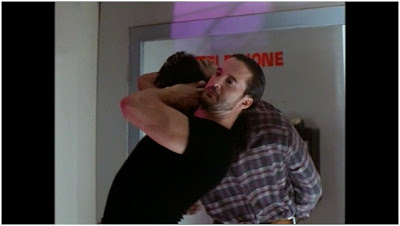 Moving onto the character of Kyle Connors, he's fine, he's the kind character you usually expect to find in movies like these. Connors also painfully reminds us of the joys of film-world, which, sadly don't extend to real life (either that, or India should be the No. 1 holiday destination on the planet), given how much of a chick-magnet he is. When he first checks into his hotel, his reservation has mistakenly been taken by someone else, so naturally the receptionist upgrades him to a better suite at no extra charge, and later in the film, he finds said receptionist naked in his bed, waiting to give him a good time. He refuses that offer, but not the ones later in the film. After a dinner-date and conversation with Callista, they go back to his hotel room, where she immediately pulls her dress off and forces herself on him. Naturally being a guy, he gives in immediately and screws her. And later in the film, a conversation with Shalimar can be basically summed up like this: Shalimar-"Thanks for saving me from those thugs for the third time, mystery man I've only been actually talking to and getting to know for a few minutes": Connors-"Wanna bang"?: Shalimar-"Sure"!
Kyle Connors: Secret Agent: Avenger: Man Whore! 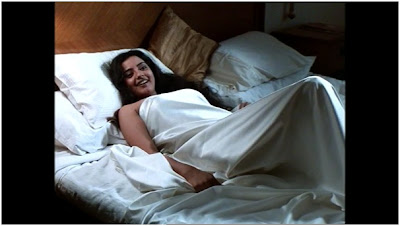 The character of Trevor is a great one as well, not just thanks to Rick Hill's performance, but due to the evil speeches he's given, which are a lot of fun (especially when he channels his inner Harry Callahan).
"You know, only you would assume that something went wrong. You know, I used to think that way Kyle, what went wrong, what went wrong in Bosnia, in Baghdad. And then I wised up, because nothing went wrong, because war’s not about right and wrong, it’s not about honour or integrity, it’s about winning! Money and power! And with that disc I’m going to have all I ever dreamed of!" 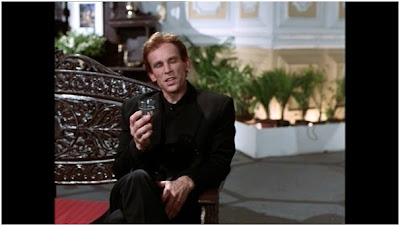 "But I’ve got one thing you don’t got, and that’s THIS GUN! WHERE’S ALL THAT HONOUR AND INTEGRITY GOTTEN YOU NOW? HUH! LOOK AT YOU, GROVELLING AT MY FEET, THAT’S WHERE YOU ARE NOW KYLE CONNORS! I know what you’re thinkin’, ‘can I get to that gun before he pulls the trigger’! Well, go for it!" 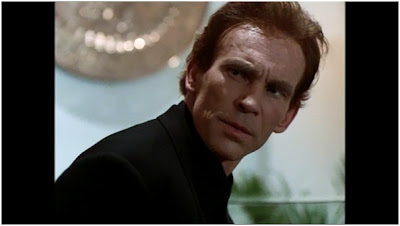 The supporting characters are fun as well, from run-away mystery girl Shalimar, to her father Grayson, who likes to take target practice on ancient Asian statues (and has hired the worst private security army in the world!). 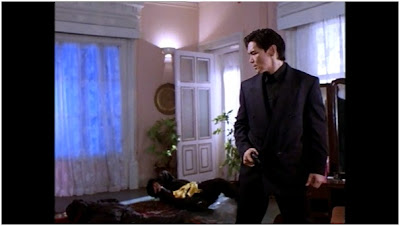 There are faults with some of the minor characters though. The actor playing the main scientist (the scientists who are adapting the Aquarius disc to the villain's technology, or something) Dr. Guru is wooden and sounds like he's reciting his dialogue phonetically. The police commissioner character is also distracting, as he's dubbed with a very out-of-place British voice. 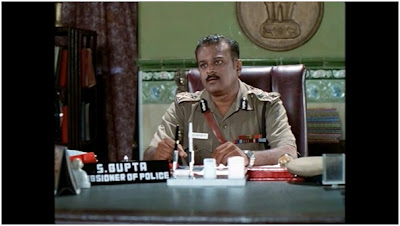 One of the film's funniest moments comes when Callista is fighting with Shalimar and Callista makes the bright idea to to a flying Mortal Kombat kick at Shalimar, who's standing in front of a balcony... 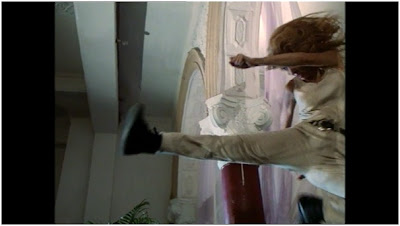 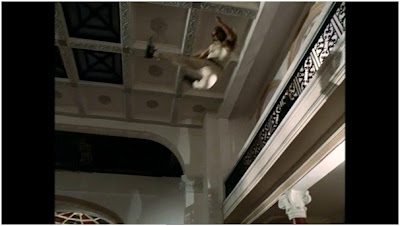 ...it goes about as well as you'd expect. 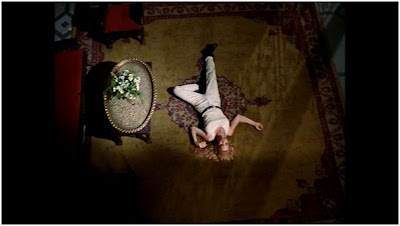 So, in closing, Inferno is an insanely fun action/martial arts movie and a great introduction to anyone interested in the films of the great Don 'The Dragon' Wilson.
Posted by Chris Hewson at 6:43 AM