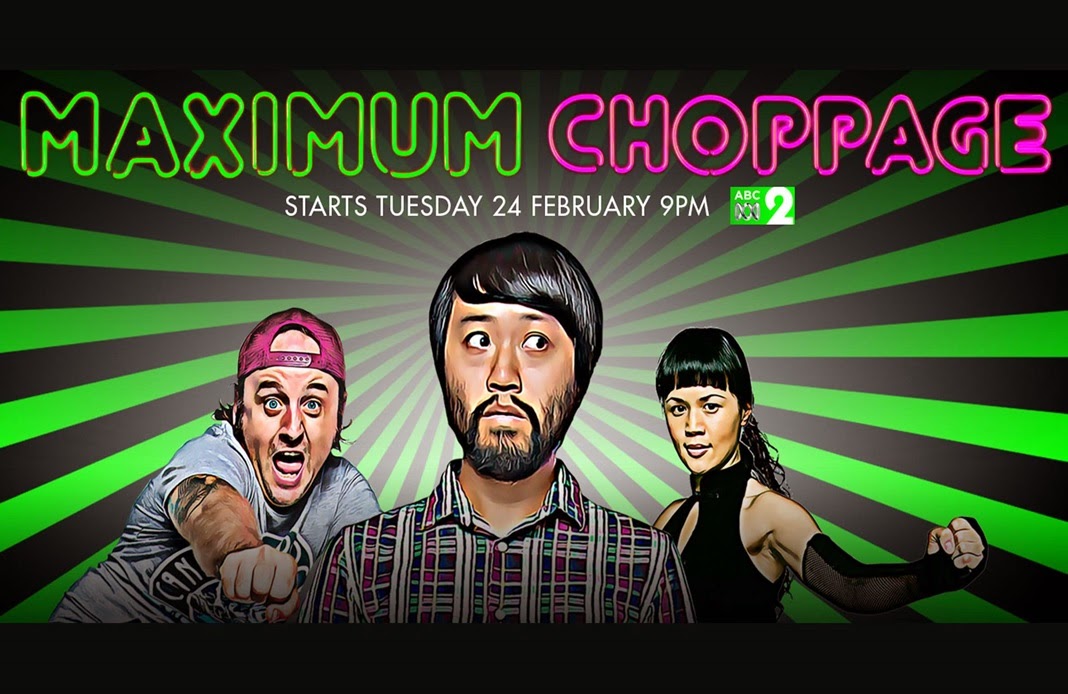 As an Australian, I am deeply sorry to the world for comedian Lawrence Leung. I gave his first show from 2009, Lawrence Leung's Choose Your Own Adventure, a chance. I really did. I watched every episode in the hope that it'd become good, but it just didn't happen. The show wasn't terrible, but it was balanced squarely in the realm of simply not funny. Not unfunny, but rather anti-funny. It was trying to be, but none of the humour really seemed to get off the ground, and Leung came across as an ineffective host, but ultimately harmless. Flashforward to 2015, and Leung has started a new show, stupidly titled Maximum Choppage. What do I think of his latest effort? Well, to put it this way, sometimes I feel bad for giving content creators more chances than they deserve!... 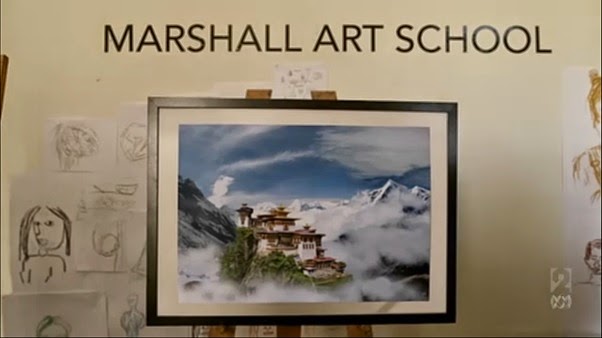 Simon Chan was born and bred in Cabramatta, Sydney, but for the last few years, he's been seemingly studying Kung Fu in China, training to hone his body into the perfect weapon to defend the streets of Cabramatta with, and upon his homecoming, he's deemed the protector of old Market Street. However, his friends Petal and Egg find out that not only does Simon not know a single karate move, but he's really been in Melbourne this whole time, studying at art college. Unlike Simon's martial arts prowess, the gangs in Cabramatta are very much real, and Simon must think creatively if he's to defeat them, as well as keep his secret, and all the while, the conniving mayor has his eyes set on tearing down Market Street and replacing it with a high rise carpark...

Maximum Choppage was not a show I was looking forward to, and the ads had me convinced it was no good, but since I figured that'd mean this would make for a good review, and I generally decided to be cautiously optimistic, I decided to watch it, and at first, I was pleasantly surprised! Maximum Choppage was a mildly amusing show for its first four episodes, and while more than a few jokes missed the mark, I was filled with optimism and positivity!...And then I saw the last two episodes! They are not good! 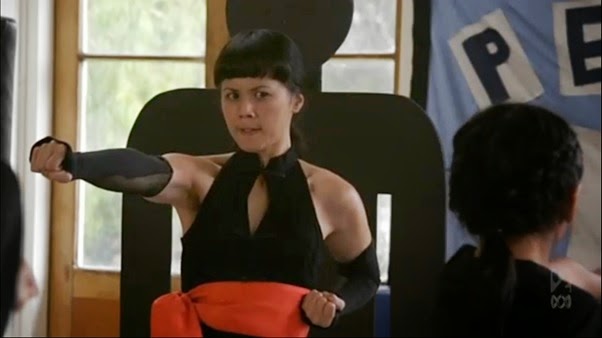 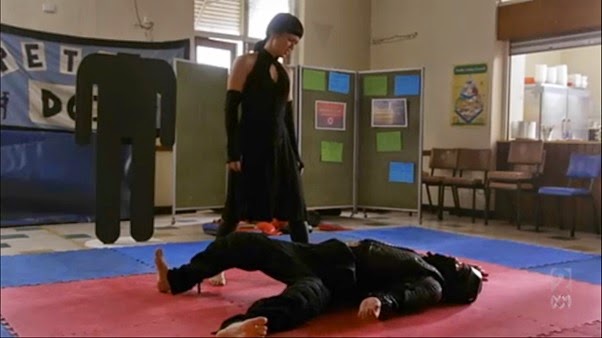 Let's discuss this show's humour. The jokes that work are pretty funny, and certainly help give the show a bit of an identity. Unfortunately, there's also plenty of really lame humour, from either unfunny jokes, to tired and cliched ones. What's especially unfunny is how the series compares being a martial artist to heterosexuality, and being a painter to being gay. It's a running joke, and seeing people treat being an artist like a rabid homophobe would someone gay is nonsensical, and it leads to a depressingly and distressingly unfunny scene in the final episode. What's worse is that nothing comes of this joke in the end, as Simon never learns to embrace his role as an artist and tell everyone on Market Street the truth, so the moral of the series is just fucked up! 'Hey kids, are you gay? Well in that case, don't ever tell your family and friends, because they will despise you. Instead, why don't you divert attention from your own homosexuality by persecuting others like you'. Jesus fucking Christ, that is genuinely Maximum Choppage's message by the end! 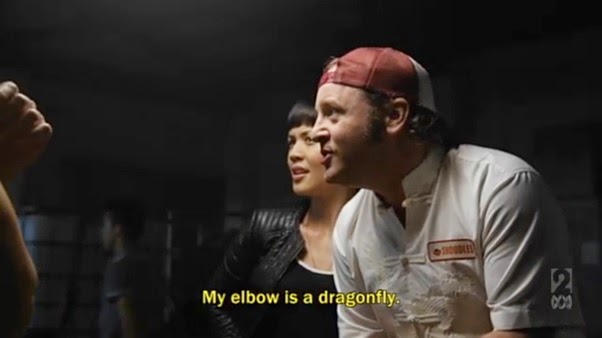 The stories in this show are mixed. Some are good, providing entertainment, but others are just stupid, and some don't even have much fighting in them! The last two episodes though are just all round poorly written, with idiotic plots, and badly written character decisions, among other problems! Another issue is a plot hole that pervades the entire series, and is never explained-Why isn't Petal Cabramatta's protector instead of Simon? She actually knows kung fu, and is a master with it. She's been in Cabramatta this whole time rather than abroad, and is more than willing to throw down, so why hasn't she already dealt with the gang situation?

The pacing in Maximum Choppage is good, and while it's a pretty annoying sit some of the time, it's not entirely thumbscrews. As for the final two episodes however, forget everything I just said. Those suckers are damn interminable! 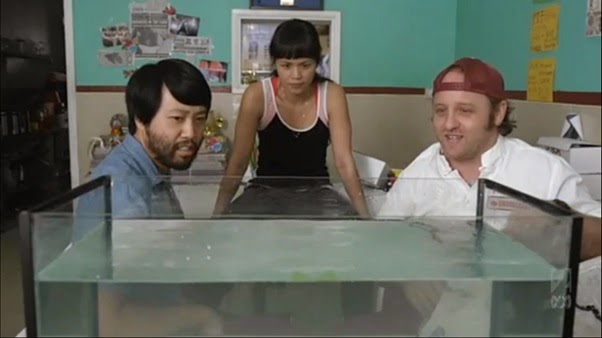 A big problem hanging over Maximum Choppage is something far more problematic than it simply not being funny. No, what's really bad about it is how not only does it trivialize gang violence, but it's also treats extreme violence as a genuine answer to everything, as well as saying that gangs are fine in the end, and a fixture of any neighbourhood that should be accepted, because 'they're good boys, deep down'. What's the problem with this, you may ask? Well Cabramatta hasn't been the 'rosiest of places', due to an extremely violent history of bloody gang violence, drug dealing, assassinations, you name it. As you can imagine, this makes the show all kinds of awkward! If you took out that latter point of violence being the answer, perhaps the former could be made to work, depending on either the writing, context, or amount of time created after said events, but here, none of those factors are competently helmed enough to help the series move beyond this issue.

The characters in Maximum Choppage are annoyingly static. It's like their characters are stuck on the first episode, as they're never advanced. They stay immobile, regardless of how much that affects the show, and whatever semblances of character arcs they get are just dropped without comment. Also annoying is the out of nowhere romance subplot with Petal and Simon, who previously showed no chemistry before the last two episodes at all. And to think I actually admired the show for portraying a male and female as just friends, and not just using Petal as a cheap excuse for a love interest. Just goes to show that I should be more cynical about these things. 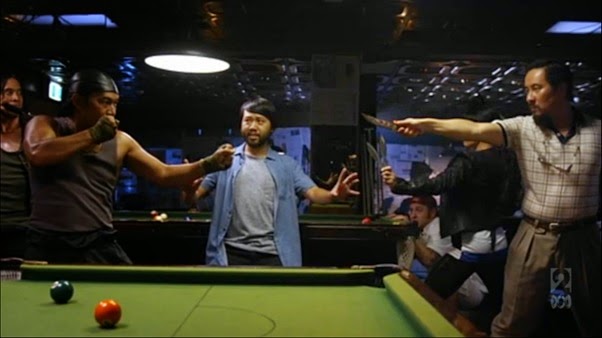 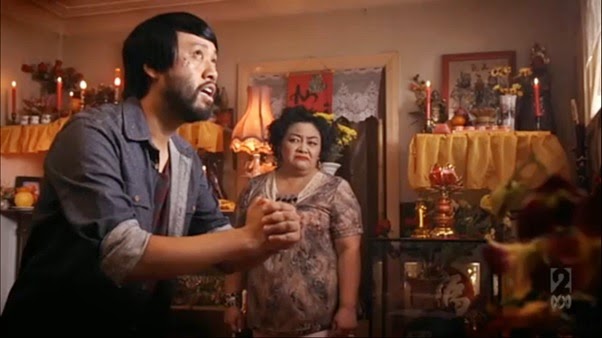 Lawrence Leung is a decent lead, and a capable actor. He's better here than in his previous shows because there he was playing himself, so when he was being a weak and awkward presenter, that was actually him, but here, he's playing a character, so he comes off better this time. His sense of comedy, however, is still akin to some college graduate who quickly leafed over an outdated How To book on comedy (a comparison quite a few critics have levied against Leung, which describes him perfectly). The rest of the acting in this show is sometimes decent, while other performances are pretty annoying.

By far the best member of Maximum Choppage's cast is Stephanie Son. She's a great actress, and both badass, and very funny! If only she was the star, and not Lawrence Leung! I'm willing to bet she's a better writer, too! 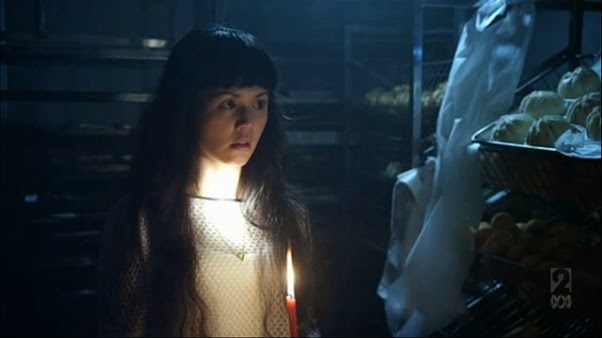 The locale of this show is decent, but the effects, which are used more often than you'd expect, aren't very good. Some are decent, and none are bad, but nothing is overly impressive. As for the opening credits, they're an eyesore, and will give you a seizure if you have epilepsy.

My original assumption was that this show looked bad, especially given my expectations of the lead/creator, but despite that, I gave Maximum Choppage a chance, and what I got wasn't just a weak comedy, but also a deeply problematic show on more than one level! I'm done giving Lawrence Leung chances!...
Posted by Chris Hewson at 8:03 AM