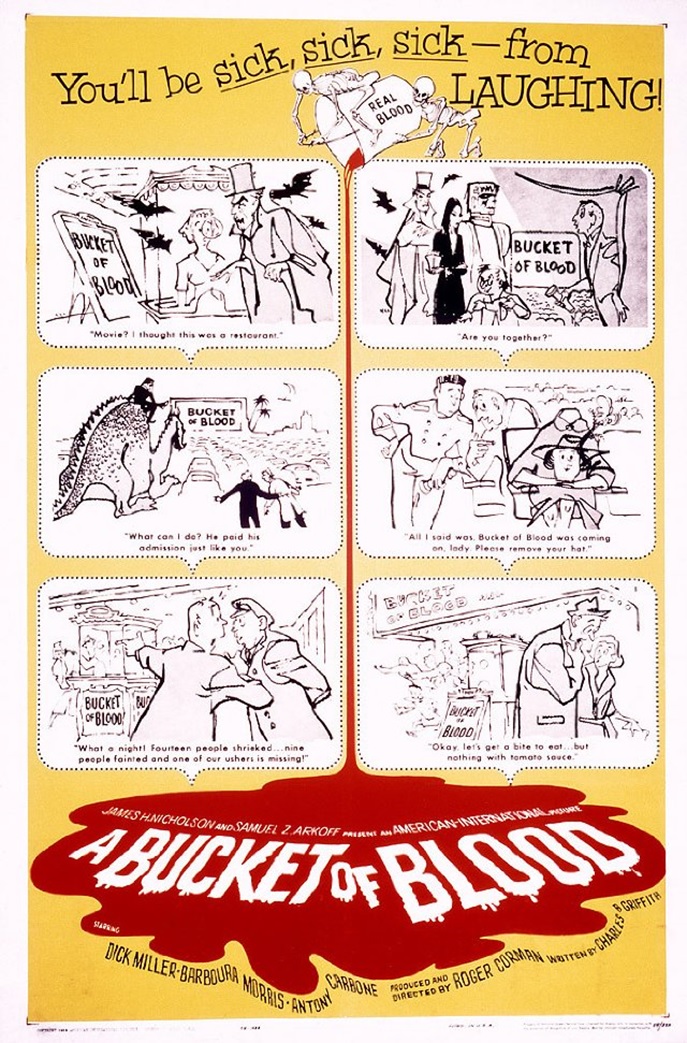 Along with Little Shop of Horrors, Bucket of Blood is a collaboration between B-Movie king Roger Corman, and screenwriter Charles B. Griffith. It's got a popular reputation. so I was eager to buy it. But was I impressed?...

Walter Paisley is a lowly waiter working at the Yellow Door cafe, a popular beatnik hangout. Walter is inspired by the artistic scene to create his own creations, particularly so he can belong with the other patrons, who otherwise don't pay him any notice. When trying to make a clay sculpture, Walter accidentally kills his landlady's cat, and to kill two birds with one stone, he hides the body by encasing it in clay, creating a 'fantastically lifelike' work of 'art' in the progress. The 'sculpture' impresses those at the Yellow Door, leading Walter to try and make more. He's soon interrupted by an undercover policeman, who saw Walter inadvertently take drugs from a woman. The cop demands he come to the police station, and Walter kills the man in a panic, leaving him in a more desperate situation, but with something else to turn into art... 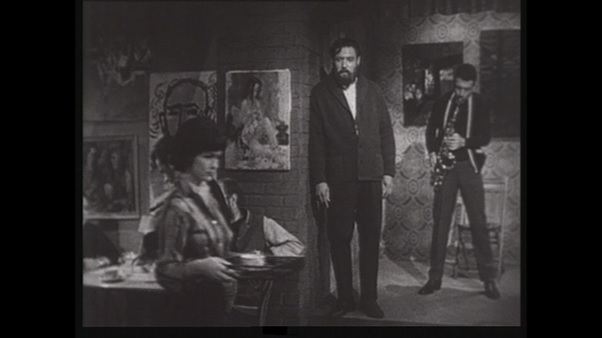 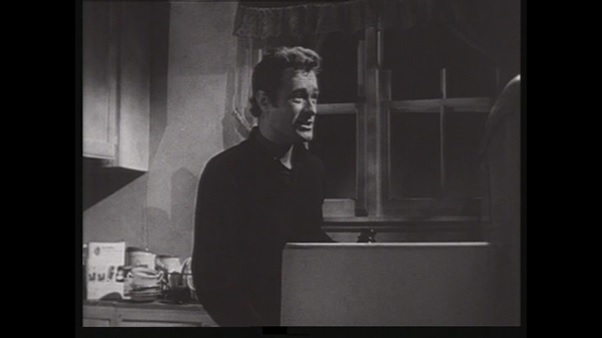 I unfortunately didn't get off to a good start with Bucket of Blood, and that's largely because I had heard what a great comedy this way, and I felt let down. It also didn't help that the dialogue is a struggle to hear (perhaps the film has since been remastered, but if so, then I don't own such a version). This film certainly isn't bad, although the pacing is a but glacial at times (which is surprising for an only hour-long movie), but I didn't find that it tried to be funny all that often, and it instead seemed to be played rather straight. The scene with the cat's death also didn't help my perception of this not being very funny. I had this exact same reaction to Little Shop of Horrors when I was a kid. I just didn't see how it was a comedy. It wasn't that I found it unfunny, but rather I simply couldn't see the humour, aside from one or two random scenes. Of course, it's been years since I've seen the original Little Shop of Horrors, and I've always assumed that I was just too much of a stupid kid at the time to see the humour, but given my reaction to Bucket of Blood, I'm not so sure. I own Little Shop (albeit once again on a semi-crummy public domain DVD), so I'll get back to you on that at a later date. 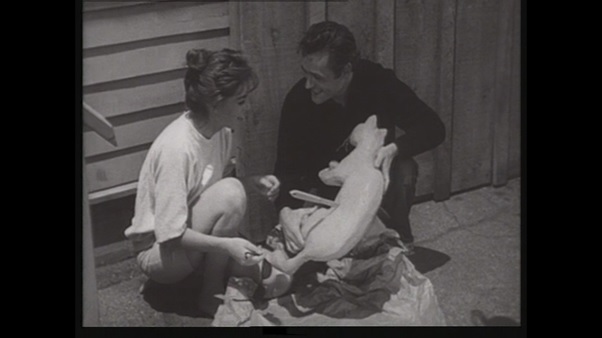 There is some humour though, in the form of Maxwell, the pretentious beat poet, whose 'works of art' are highly amusing! "Life is an obscure hobo, bumming a ride on the omnibus of art", and "What is not creation is Graham's crackers.". I also liked when there's that guy at the art club singing his ballad about a murderer after Walter has killed the cop.

The story to Bucket of Blood is similar to House of Wax in its focus of using encased corpses as works of art, but is largely quite different, due to the setting and characters. It's decently written, but there is one pretty dumb thing about it-Corpses smell really bad! Walter's hoax would be uncovered instantly because of that alone. Then there's also the fact that to put enough clay over someone to hide that they're a corpse would be too much to make a mold of them, while if you are, then the layer would be too thin, and could be easily scratched away. In fact, that actually happens at the end!

Also annoying is that for the longest time, I was under the impression that Carla and Leonard are a married couple. It was because they're always with each-other, yet apparently they're not, as I realized when Walter tried going out on a date with her. 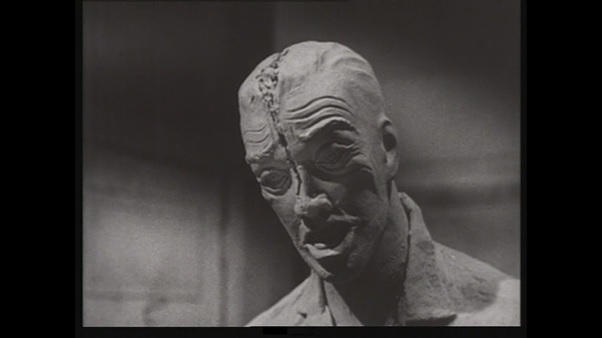 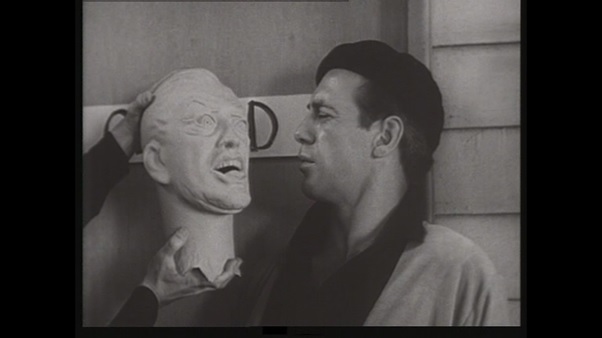 The effects in A Bucket of Blood are ok for such a cheap movie, but the sculptures don't look very convincing, and the final shot really doesn't work. It should've been of this 'certain character' covered in plaster themselves, but it just looks like they've got a tiny bit of make-up on, and that's it, which kills the scene to the point where even Dick Miller has been quoted as disliking how said scene was handled for that very reason.

The acting here is a high point. It's great seeing Dick Miller in a leading role, and he carries the movie really well, playing the role of the 'pathetic' wannabe artist and murderer Walter superbly! The rest of the cast is decent, with Julian Burton being particularly amusing as Maxwell.

I didn't enjoy A Bucket of Blood all that much, but I still recommend it. Maybe you'll enjoy the film more than I did. And maybe you might find a better print of the movie to watch too. Good luck!...
Posted by Chris Hewson at 7:48 AM