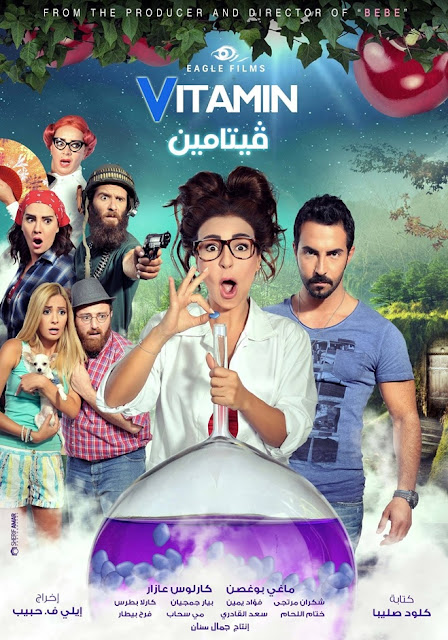 As an Australian, you'd be right to assume that I watch a lot of foreign movies, and with subtitles too. However, until a few months ago, I'd never seen a Lebanese movie before. That changed while on the flight from Europe back to Australia (by way of Pearl Forrester's dominion), when I saw new comedy Vitamin...

Now, unfortunately, the only reason I saw this movie in English was because it was playing on the Middle Eastern flight I was on. I don't know if Vitamin is out on any DVD yet, let alone English. But then again, if it is going to get an English release, it'll undoubtedly be courtesy of Australia, because man we're awesome at providing foreign releases!...However, until that day comes, or at least until the day IMDb actually bothers to list character names on its entry of the movie, I'll have to use placeholder names in this review for Vitamin's characters, as you can bet your ass I don't remember them four months after seeing the film. 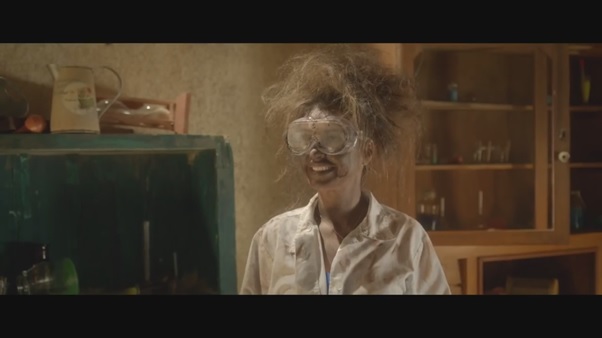 Scientist Lady is a young woman living in a small country town in Lebanon. It's a place that really has seen better days, and its prosperity has long since dwindled. Scientist Lady and her two best friends, Lady, and Ditzy Socialite Lady, are bored senseless by the town, and wish to move, but are still stuck there, for one reason or another, be it a mother to take care of, overbearing parents, and just plain lack of cash. However, things change when the women learn of a criminal shipment of what they believe to be money passing near the town. They disguise themselves, and hold up the van, stealing the contents, which they soon learn to be crates of Viagra. While angry at first, they soon realize they can sell the pills, and hide them in an old well. However, a sudden rain storm comes in one day, dissolving the Viagra, and tainting the town's water supply, turning everyone in it from weary and tired people to wild and uninhibited. Matters are further complicated by the arrival of two private detectives, each of whom develop feelings for the women they're unknowingly after. As if that wasn't bad enough, the criminals in charge of the shipment, as well as another group of gangsters, come into the town, wanting what's theirs...

This is a fun movie. It's a comedy, but has some well-handled dramatic moments too, but never overly so. It always keeps a consistent tone. I really appreciate the presence of multiple strong and diverse female characters, as this is a Middle Eastern movie. I don't know what Lebanon's like, but even if it is all good over there, it's still good for that whole region in general to have a movie like this.

Overall, the movie presents a tale of the relationship of old and new cultures, and how people can better their community, which is a nice sentiment. 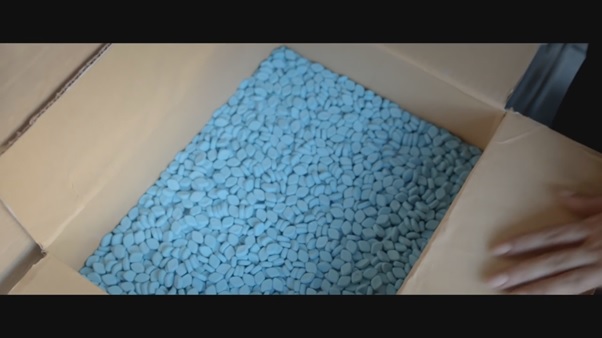 The characters are a mixed bag, but mostly good. The lead is both adorable, talented, and conniving, and carries the film well. Then there's the third of the team-While she may be a ditzy socialite, she comes across as genuinely nice and likeable, and never vindictive, bitchy, or negatively conceited, like so many characters with this archetype are. As for the middle gal of the trio...err...she exists. She's a pretty unremarkable character, which nothing really distinctive or memorable about her, not helped by the large chunks of the movie where she's absent. Not bad by any means, but could've been better.

Now onto the two male leads-The private eyes. They're well-written, and play well off of each-other. Both play straight man to each-other's more goofy moments, and vice-versa, which works really well. I also really liked their character arcs, especially concerning their job.

The acting here is good. A few performances here and there aren't all that great, mainly due to the over-the-top nature of some characters not working as much as others, particularly the annoying husband-and-wife duo.

Now onto the other problems, of which there aren't many. The tone can be a little awkward at times, especially the resolution, which is pretty bloodthirsty for a happy comedy. 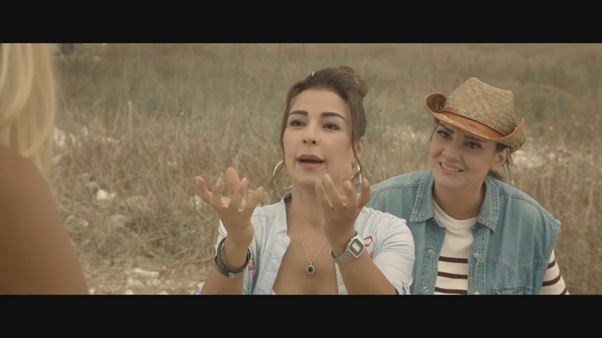 Despite those issues, Vitamin is a pretty nice movie, and I'm glad to have seen it. Here's hoping that the next time I do, it won't be when I'm short on 30 hours of sleep, and stuck in a crammed-as-sardines plane...
Posted by Chris Hewson at 6:27 AM