Whatever Happened to Detective Adam Sera (2015) 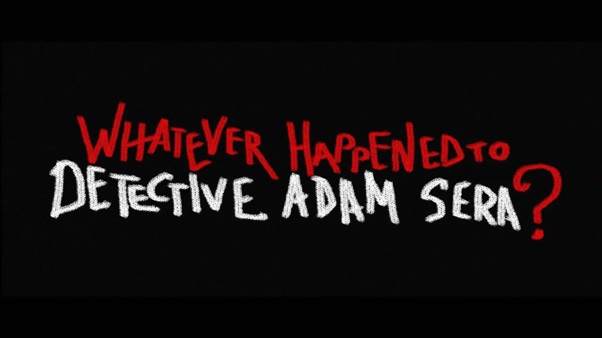 I've harped on up-and-coming indie filmmaker Ansel Faraj a few times now, for his largely dreadful works, and while I hope to be more positive to his works in the future, I'm still not impressed, save for hilarious Theatre Fantastique entry The Family Wolff. I was thinking the other day about Dr. Mabuse, and was pissed off by the fact that the only entries in the franchise we've gotten since 1960, technically 1964, technically 1990, are Faraj's betrayals to the source material. He got everything wrong in ways so terrible that just thinking about it got me in a bad mood again! What angered me even more was this fluff piece for the then-upcoming 2013 film which provided a history of the Mabuse franchise to newbies...and got multiple aspects dead WRONG! What a messed up bio for people interested in Mabuse! I know I would've believed it had I not already seen the Mabuse movies (something I strongly doubt Faraj ever has). Anyway, today I'm looking at his latest short film-Whatever Happened to Detective Adam Sera...

Adam Sera is a police officer, discussing his past with his arch-enemy Copycat... 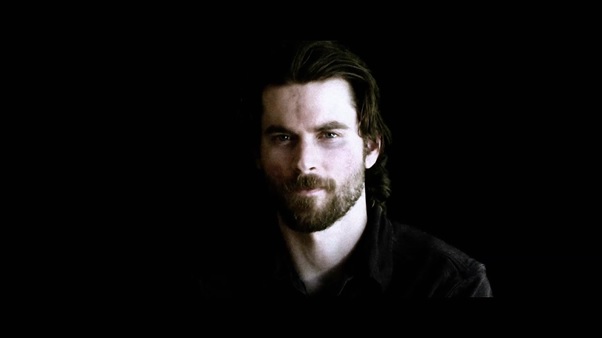 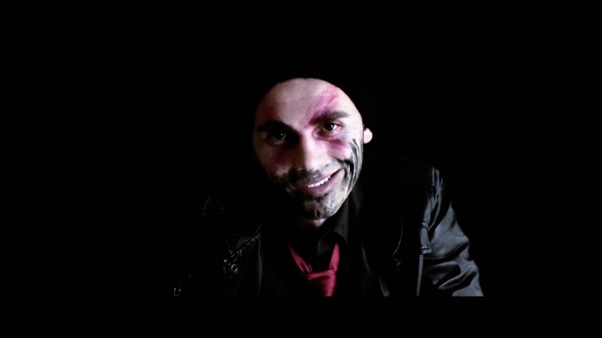 As expected, but not as hoped, this movie sucked! Come the end of the film, I genuinely was wondering ‘What the fuck DID happen to Detective Adam Sera?’, and I don’t meant that in a good way! This film is a confused bit of jumbled nothing! It's two people talking over a few different scenes, none of which have any meaning, or add anything to these characters. One part reveals that Sera had a sister who was murdered. Does that effect anything? Nope, she's never mentioned again, nor does the Eye Snatcher (the recurring villain who killed her) get any resolution, and the Blood Sister never appears again after her scene either, proving her part in this story pointless too! Really the only other character besides Adam Sera to be of any importance in this film is Copycat, and guess who the film focuses on the least! Why is he a villain? What has he even done? So, what's the ultimate plot come the end? God knows! Are the two leads in hell? If so, then why is Adam there if he's a good guy? Maybe because of killing Copycat, but why did he kill Copycat? Who the hell is Copycat, and what'd he do to Adam to cause his death?! To us, he's just a laughing guy with a predilection for lame facepaint! And where the hell did the Eye Snatcher go?! If anyone is Sera's nemesis, it's him! And who was the Blood Sister and why did she want the Eye Snatcher dead?! To conclude the movie, there's also a confusing extra scene in-between the ending title card, and the credits.

Ansel Faraj describes this movie as a living comic book. Maybe, maybe this crap could resemble a dark Vertigo comic, if it actually had any substance to it, and that's being generous! It otherwise barely resembles anything comic book-y. It could have with work, and kudos for trying to make this dark 'mythology', but it fails as it has no foundation, and is over before anything can begin. I frankly don't know why this isn't a full length movie. After all, Hollinsworth barely seem to have done anything else this year, and it's not like 'budget' and 'location' are important for them, so you'd think we'd get a little more than just one or two short films per year, if that. With a longer run-time, this might've had a better chance. 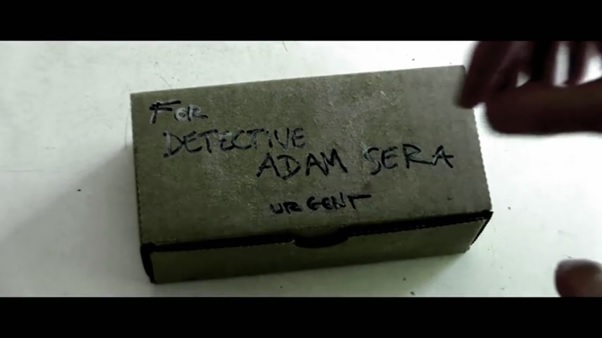 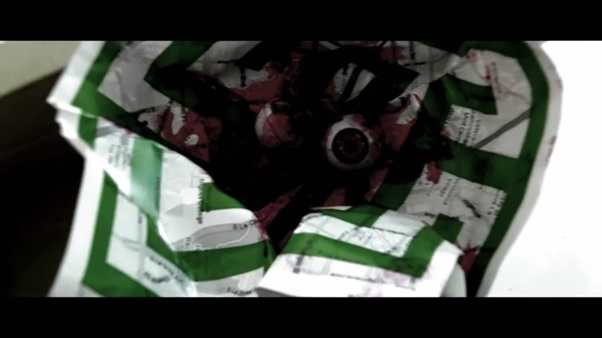 Thanks in part to the poor sound mixing (no surprise there), and the audio-drowning score, the film's dialogue is a struggle to hear sometimes, which makes the 13 minute film practically a half-hour sit with all the rewinding you'll have to do. The editing is sometimes annoying in the black room scenes, but otherwise ok, and the mostly tolerable direction looks hilarious in Adam's confrontation with the Eyeball Snatcher, where it look like the actors are rollerskating! Finally, there's not much music, but what score there is is good, and fits the tone well enough.

The effects in this movie are simply inexcusable. Not only are the make-up and 'costumes' dull and poorly conceived and realized, and the blood effects in the climactic revelation amateurish at best, but the bloody torn-out eyes we see in one scene are toys! They even have that seam across the middle that toys have! Making convincing effects isn't necessarily easy, but buying obvious toys is not the answer. You work hard for your work, and are rewarded when it pays off! Laziness gets you nowhere! Even more irritating is that the title cards and credits are literally, literally done in Microsoft Paint! Thankfully the location work is better this time, in that there are actually locations. The bulk of the film still takes place in a black, featureless room (Because thematic. Read: Because laziness), but there's at least some effort, and the 'negative zone' featured at least never looks bad, besides the subpar lighting which hides most of Copycat, in a 'We can't see the actor' way moreso than 'evocative'.

When the movie actually lets him talk, Eric Gorlow is quite good in the 'intense cop' role. He falters when whispering though, sounding bored and disinterested. As for Max Landwirth, he's not that bad either. A little over the-top, and possibly too much like The Joker with his constant mad laughter (that sounds a bit too childish, to boot), but he has the weight of the film on his shoulders, and he does a respectable job of carrying it. The rest of the acting is decent, with Bahia Garrigan and Douglas M. Eames turning in good, albeit underused performances. 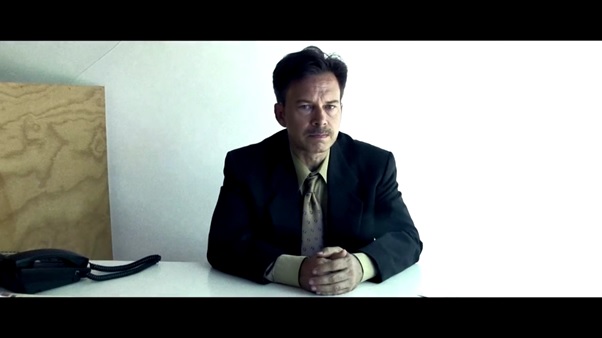 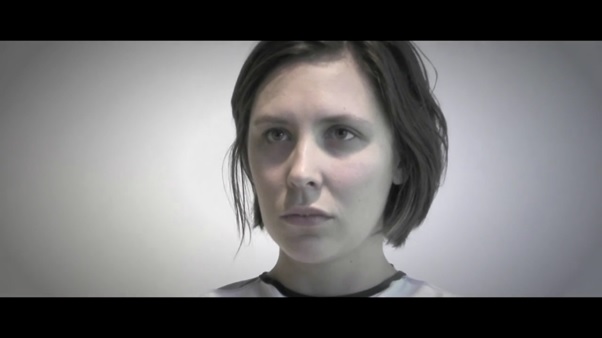 One last thing to mention is that this isn't the only Adam Sera movie. There were three more of what I can only presume are short films too, titled Old Friends, The Burning Within, and The Haunted Men, which make up a so-called 'Original Adam Sera Trilogy'. I'd tell you more, but that's all I know. The Hollinsworth Productions site is an extremely bare one, lacking pages on almost all their movies, has no lengthy descriptions on anything, no company history, or a listed filmography, and there aren't even any contact details, so let's say you're curious about the original Adam Sera trilogy, or just generally want to now what happened to all the other Hollinsworth movies and how you can see them, then you're not in luck. And it's a shame too, because if these other Adam Sera movies are longer than 12 minutes, then they might actually be good! I mean, I'm not exactly holding up much hope for that being the case, given they're from pre-Family Wolff Ansel Faraj, but one could hope!

Ok, that's all out of me for now, and I'll come back to discussing an Ansel Faraj film when his latest effort The Last Case of August T. Harrison is released in a month's time. I hope to God that it's better than Whatever Happened to Adam Que Sera Sera...
Posted by Chris Hewson at 3:57 AM