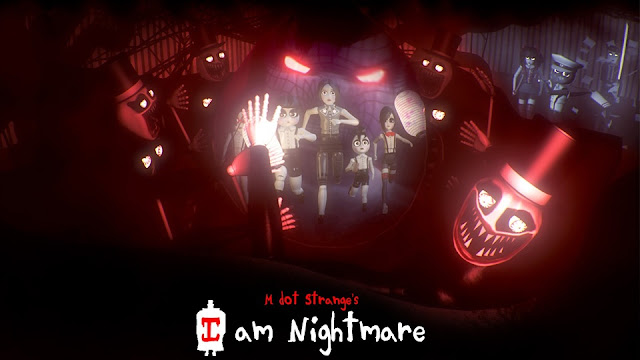 Surreal auteur M Dot Strange has to date made only three films, but each is a very distinctive piece of cinema. The first, We Are the Strange, was a homage to all things video game that more than lived up to its title, while Heart String Marionette was an interesting thematic journey following a band of disparate characters who may or may not exist. Today I'll determine if his latest film I Am Nightmare lives up to his reputation...

In a world of dolls, Lantern Town is called the place that never changes. What soon becomes apparent to new citizen Marie and her adopted children is that it's harbouring a dark secret. The rules the town abides by force the kids to spend their days working and nights out on monster patrol on the village outskirts, while the adults are always relaxing with abandon in the local watering hole. People have been mysteriously disappearing, and Marie's children are the only left in the entire town. Spurring them into action is the arrival of a mysterious silent mam, devoted to hunting the nightmares that haunt Lantern Town... 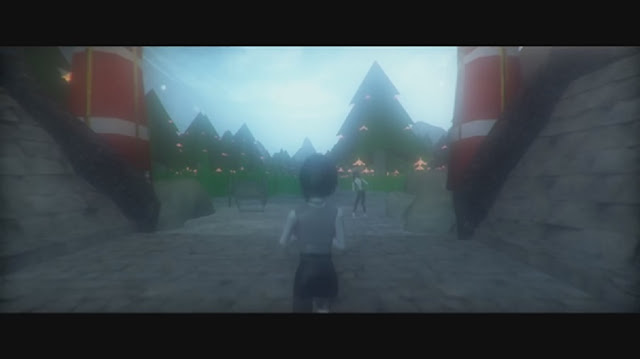 I Am Nightmare gets off to an odd start, but it's quite an effectively spooky film! It's more of a dark fantasy than horror, but not short of scenes and imagery that might scare the pants of some people. Kind of an interesting genre distinction to think about.

Being somewhat immature kids, the main group of characters start off a bit annoying, but grow on you before too long. It's a double edged sword when they start disappearing though. On one hand it works by delivering a crushing sense of loneliness coming in as the circle tightens on the remaining kids, but on the other hand, we see very little of the others until the end, with some of them only getting one or two lines, if any. Another point on the positive end though is that some of the gang disappearing allows for more dialogue and focus for the up-until-then more lacking in character kids. The character of Shy seems particularly hard done by, barely appearing, although probably getting one of the stronger narrative journeys in the film. Despite this importance she only appears fleetingly before vanishing altogether in the latter hour until the end. During the climax she shows up again to kick ass and take names, but it felt too little too late, with her ultimately being underused. 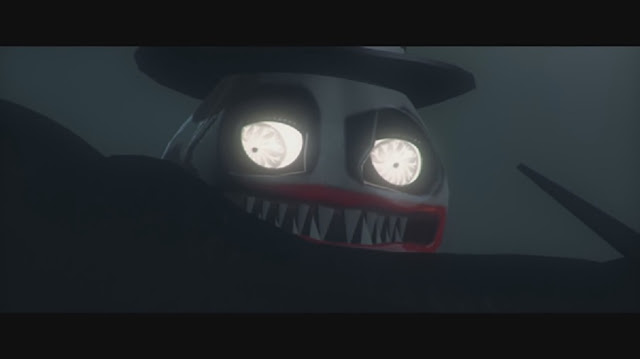 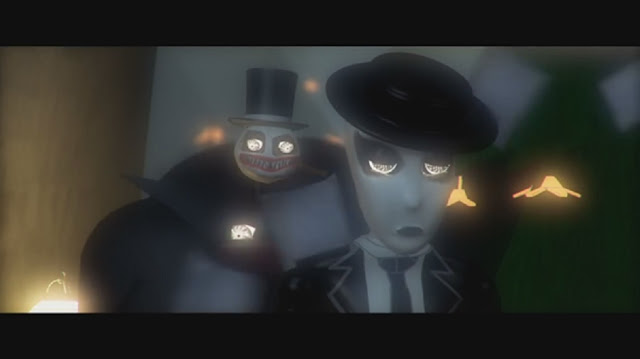 The mysterious, tough, and sorrowful Nightmare Hunter is an interesting character, but a little confusing. How much power does he have, to be imprisoned one minute then killing corrupt townsfolk the next, only to be powerless in jail later and said townspeople to not really be dead, even though they were. Just because they're Nightmares, surely that doesn't make them immune from being killed, as we see. It's all a bit of a muddle sometimes. Despite that, this is a dialogue free character who gets all his emotion across through visuals, which is impressive in how well it works. His story ultimately plays out well, with an emotional ending.

The villains are pretty over-the-top and one-dimensional, but this feels intentional. The feeling of being stuck in a town where the authorities are blatantly evil and acting like everything is fine lends quite a repressive atmosphere to the village of Lantern Town.

The finale gets perhaps a little overblown, feeling a little too much like a video game with its giant mech fight, and it gets a little overzealous with the constant cutting back and forth again and again and again, to an interminable degree. It goes beyond the point of being suspenseful and into just plain tedium. Overall, the length of 127 minutes was perhaps a bit much. There are a few scenes I could imagine being pared down a bit, the climax included. 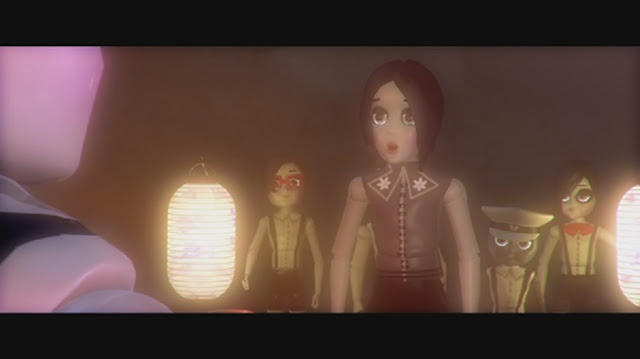 The animation for I Am Nightmare was done in the Unity video game engine,and it mostly lends itself well to the kind of movie this is. It looks cheap for sure, and the narrated explanation at the beginning that these people are all dolls only goes so far to remedy this, but for such a micro-budget film made by one guy, it's one heck of an achievement. As for the more noticeable flaws in the animation, there are sometimes little glitches, and at times it looks like we're watching avatars in a video game moving around, but for the most part it's fluid enough. I didn't much appreciate the boob 'jiggle physics' in a few of Shy's scenes. Something I did appreciate with the animation was the way shadows dance, and the presence of reflections, which must've been a pain to pull off, but a worthwhile one.

The design for the nightmare monsters is a creative mix of spooky and silly, with their cartoony vibe meshing well with their spookier off-putting nature. 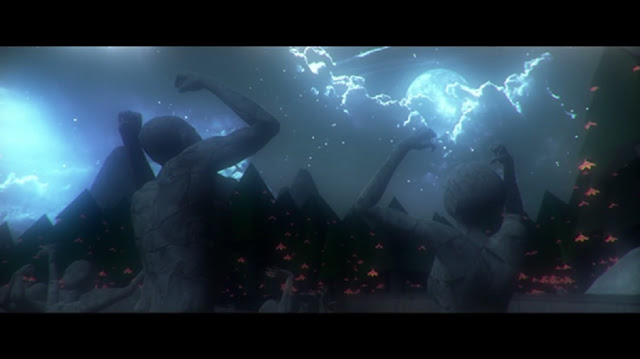 The score to I Am Nightmare is very spooky, with a music-box type main theme, with a few different leitmotif arrangements. The other tracks are very good too! They really elevate the film from one level of spookiness to another.

The acting is good for the most part. Richard Grove does a great job, playing a very different kind of villain than he did as Lord Wor in Heart String Marionette. It's really good seeing him in more stuff nowadays (especially indie stuff like this), as I liked him in Scanner Cop. I thought he was one of the best actors in that movie too (assuming this is the same actor, of course, and I'm not hilariously wrong). 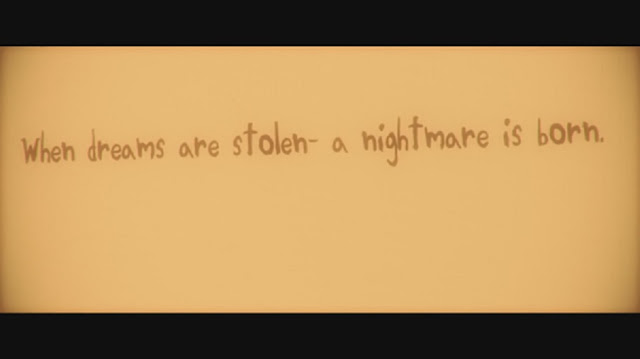 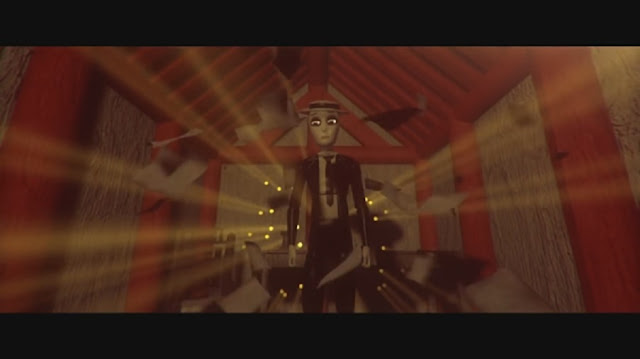 Anna Brisbin (aka Brizzy Voices) does quintuple-duty in voicing most of the kids, along with other characters, and she does a great job! Her performances all sounds varied and different, and she's definitely instrumental in carrying the movie. She's not perfect as her deliveries early on sound a bit phony and unimpressive, but that doesn't last long, and she settles into the characters well. It was a little hard to tell the gender of the characters at first, but dialogue clears it up quickly enough, so it's not a big issue

As well as being his most consistent animation-wise, this is M Dot Strange's most straightforward film yet, telling a perfectly cohesive story in the one small location, with no bizarre diversions, or flourishes. According to him, this is because he wanted to test the skills of his storytelling in a normal context, and I definitely think he succeeded. I also think it shows off his style of writing well. Even in a more straightforward tale, not everything is told to the viewer straight up, at least not right away, and you're still made to think. That shows trust in the audience. 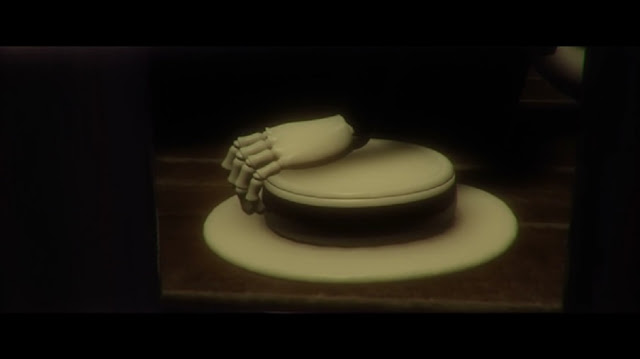 I Am Nightmare is an interesting watch. While it may not be to everybody's tastes   And if you've only just heard of the works of M Dot Strange, this is a good introduction. It showcases a lot of the weirder elements that make up his film, but without the really out-there moments that might put people off if they go in unprepared. Of the three films he's made so far, I think this is probably my favourite...
Posted by Chris Hewson at 8:57 AM