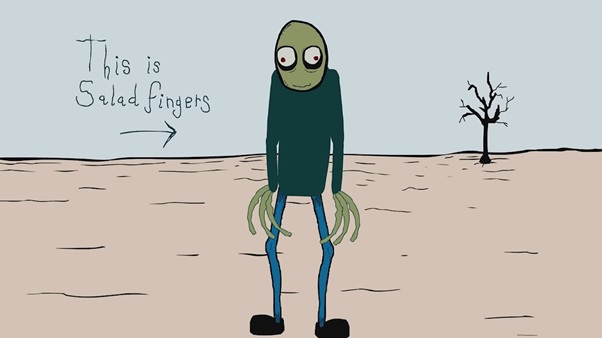 Back in 2004 was a somewhat different time for the internet. I can remember it, and I also remember being in school when Salad Fingers became an internet phenomena. Everyone in IT class (where we had access to computers, and a very lax teacher) would gather around a computer to watch the five episodes of this psychological horror/black comedy webseries. Following then, more episodes of Salad Fingers occasionally appeared, with David Firth usually making them a year apart, at least, with each one being anywhere from 5 to 10 minutes long. 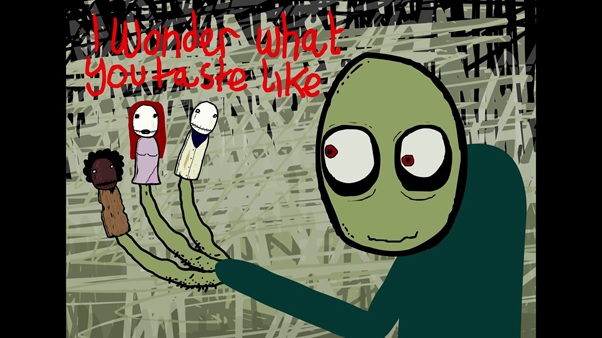 In a desolate, post-apocalyptic world, a strange green man named Salad Fingers lives alone, with three puppets that he occasionally likes to taste. Aroused by the sensation of feeling rusty objects, particularly spoons, Salad Fingers is completely delusional, sometimes entertaining corpses as guests, measuring how far a tree is moving, or giving birth to inanimate black slime, along with more sinister things...

Unfortunately, as much as I loved it as a kid, Salad Fingers really doesn't hold up for me. I find it pretty boring, to be honest. Occasionally I got a chuckle from its black comedy, but for the most part, I just found everything to be dull. 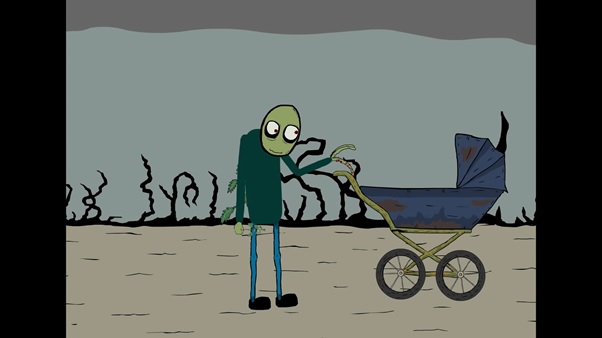 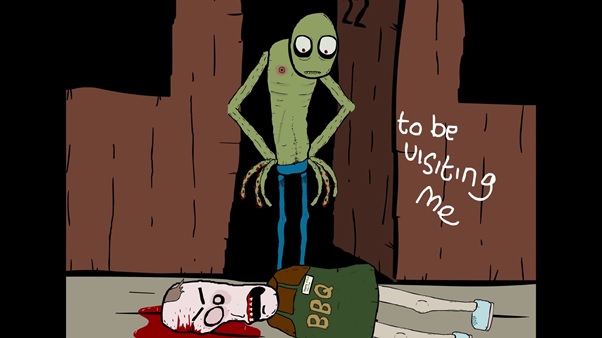 Practically every plot is unrealized to its full potential. There could be so much creepy and bizarre stuff going on, but instead, there's just a few pointless scenes that don't go as far as they could have, and feel like they end too soon, then the episodes are over, with nothing having been accomplished, even in the context of a nonsense surrealist horror. 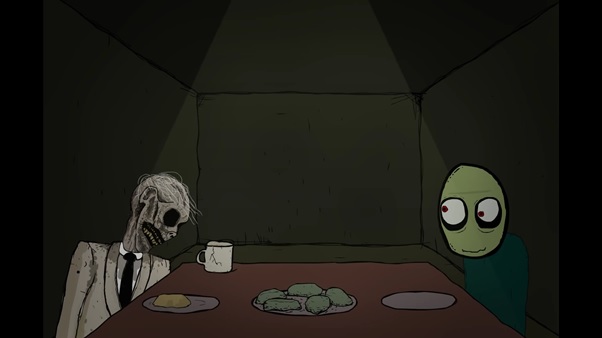 The soundtrack to Salad Fingers, which makes an attempt at being eerie, is made up of ambient minimalist tunes, including tracks from Aphex Twin and Boards of Canada, among others, and it can get tiresome pretty quickly. I like some Minimalistic music, but others, not so much. Beware the Friendly Stranger in particular, as it's a bit too soft and boring, never going anywhere. I mean, I know that Minimalist music deliberately doesn't 'go anywhere', but Friendly Stranger never goes anywhere. As for other tracks, such as the darker music that plays at certain points, it's apparently David Firth himself playing the guitar, reversed and slowed down. It works well, although it's pretty much the one short chord, repeated a lot over the whole series. 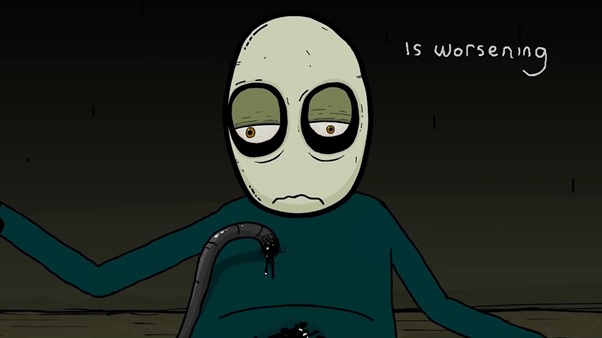 The animation is perfectly serviceable for a flash animated webseries. Is it basic? Sure, but that's ok, even if it does look really dated. It gets a bit better in the last two episodes (made in 2011 and 2013, respectively), as the characters aren't as stiff, move less awkwardly, Salad Fingers actually has arms in long shots, and the locations are a bit better done. They're still pretty blank, but they're an improvement.

The voice acting in Salad Fingers, pretty much entirely done by David Firth, is pretty good, even if it is clearly him playing multiple roles. 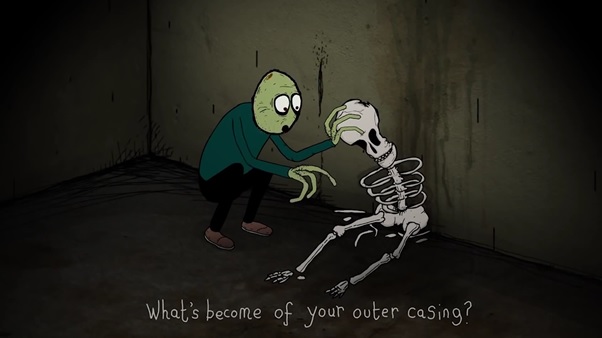 Overall, I find Salad Fingers to be a pretty boring and unenjoyable series, and a bit of a missed opportunity. If you want something with very dark and morbid humour to enjoy, all you need to do is go read some A Softer World. However, I am glad for its popularity. Not only did I enjoy it when I was a kid, but something this twisted going viral is always neat....
Posted by Chris Hewson at 8:03 AM