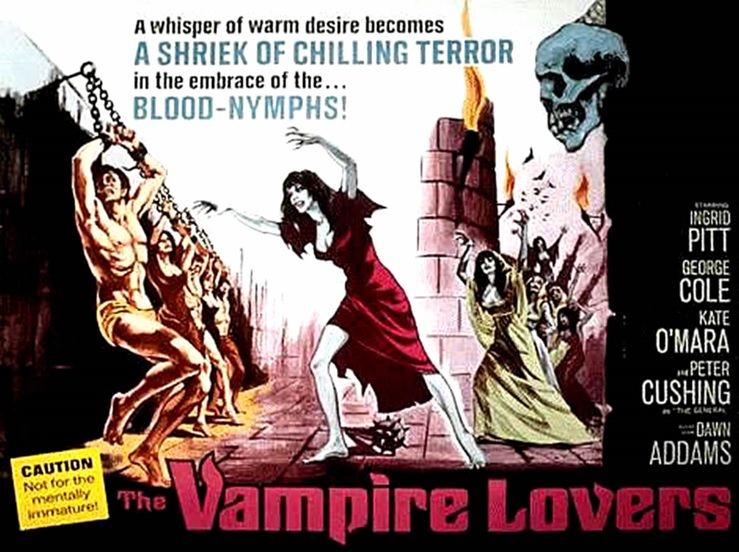 Lesbian vampire movies are a dime-a-dozen, and while they existed in Europe as early as the 1960's, it was the Hammer horror film The Vampire Lovers that most consider to have started the subgenre's popularity in the mainstream. Not too hard to believe, since the two biggest countries when it came to Cinema at the time were America and England, and the former likes to pretend foreign movies don't exist at the best of times let alone the 1970's... 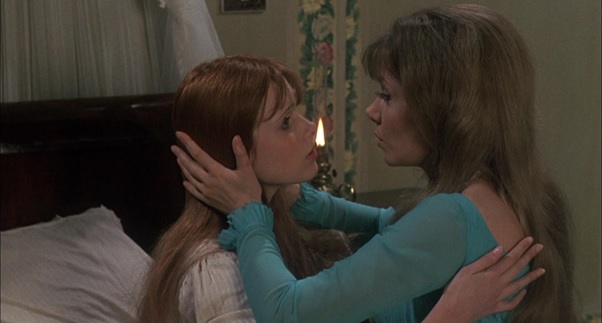 In 19th century era Austria, an evil is sweeping the land. After a party, the General von Spielsdorf lets the young Marcilla stay at his estate for a few days. As time goes on, his daughter Laura builds a connection with the new guest, but she also begins to weaken, before finally dying, bearing a mysterious wound on her breast. Following this, Marcilla vanishes, and a short while later, emerges now as Carmilla, using a similar ploy as before to enmesh herself in another household, befriending the daughter Emma, who instantly takes a liking to her. Unfortunately for poor Emma, the same fate that befell Laura is starting to happen to her, and while she may thing Carmilla is a friend, and perhaps more, she's really the evil vampire Mircalla Karnstein...

The Vampire Lovers is an enjoyable horror film, and pretty traditional vampire fare. Not overly cliched, and well-written, for the most part. 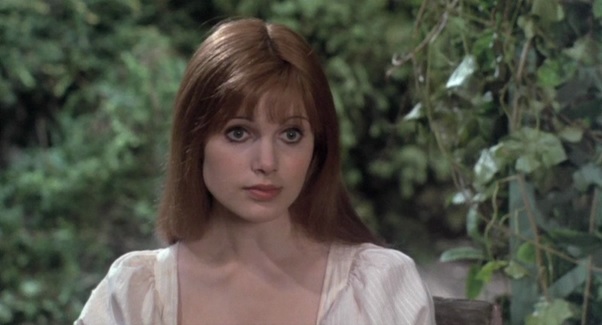 Next up is the structure. An interesting touch to the movie is how the first act showcases how Mircalla works, showing the vampiress tricking her way into a household, befriending and seducing the daughter, seemingly comforting her as she progressively grows sicker, until dying. Then, the rest of the movie is the same again, but with Emma, and longer. On one hand this is effective, as it shows what Mircalla's like, and how she operates, building up how much of a threat she is. But on the other hand, it kinda robs the proceedings of suspense, as we know exactly what's going to happen. The story is actually a bit boring as a result, as it's the exact same one we saw previously, but double the length. Because of the first segment taking up the first third of the movie, certain things in the remainder of the film are rushed, such as the beginnings of Emma and Carmilla's friendship, as well as the former's sudden comfort in being totally in the nude with her new pal.

There's also a pretty major inconsistency with the script. Why does Mircalla spend so long with some victims, but drain others instantly? Maybe she craves love too, and only wants it from people like Laura and Emma, while not giving a thrupenny fuck about anyone else? I suppose, but that's not quite explored as much as I would've liked. 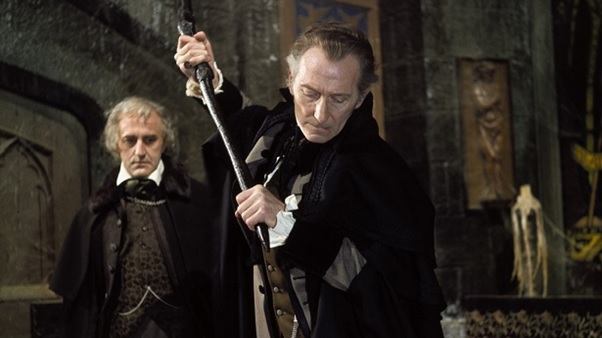 Also annoying are the random cutaways to the vampiric man in black. His presence is entirely superfluous, and also bugs me because I like to think Mircalla is working on her own (not counting the woman she has helping in her schemes), rather than being an underling to a bigger bad. I also feel his presence undercuts the ending a tad. If done right, this character's presence could add an air of mystery to the film, but for that to succeed, he should've been made to do more than just sit laughing whenever the camera feels like cutting to him.

The main thing of note in The Vampire Lovers is of course the lesbian aspect, which is very important in regards to the relationships between Mircalla and her victims, particularly Emma, as we see the most of them together. There's a lot of subtext too that one could read in to the movie. Ultimately, this aspect made the film more unique on its release than other dime-a-dozen vampire flicks! 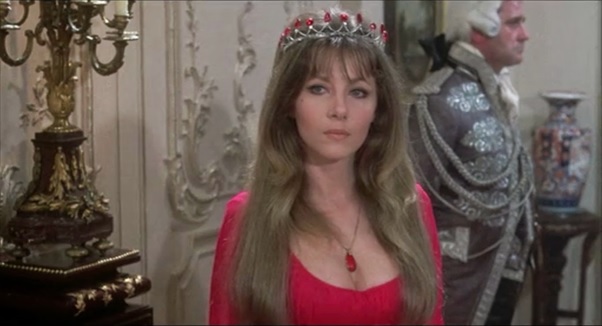 There are a couple of random little things about the story that bug me. First is the incomplete task Baron von Hartog did in wiping out the Karnsteins. Had he been bothered to just come back the next day when he was feeling less exhausted, or gotten someone else to help, they could've rid Styria's vampire problem permanently! But nope, he felt too exhausted to come back, and just assumed he was finished. Bang up job you did, Hartog! Second is more of an amusingly stupid moment, when the doctor is attacked by Mircalla, and draws a cross in the dirt! That's even worse than holding two sticks together! Naturally this hilarious endeavour does not turn out well.

The acting here is all fine, with some great performances. The great Ingrid Pitt is perfect in the role of Carmilla, exuding a seductive evil, while Madeline Smith is nice, with a sense of innocence and charm as Emma, and you really feel for her. Peter Cushing, in a more supporting role, is also pretty good.

The effects are all fine, if a little chuckleworthy here and there. The locale is great though, lending much to the film's setting. 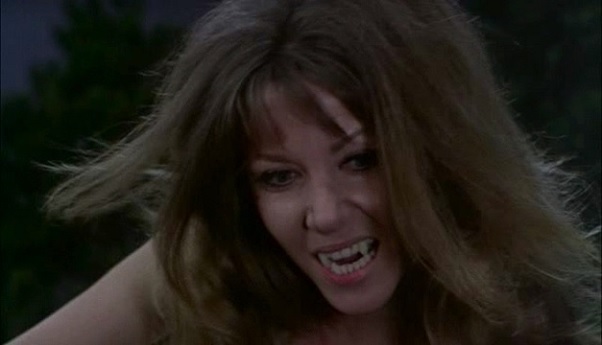 The Vampire Lovers is one of the best lesbian vampire films in cinema, which might not sound like much to your average moviegoer, but it's more reliable a guideline than saying Shock Waves is the best nazi zombie movie (because of course it is, since every other one is garbage!). I highly recommend it, whether you're a fan of vampires, Gothic horror, or just spooky shenanigans in general...
Posted by Chris Hewson at 9:02 AM