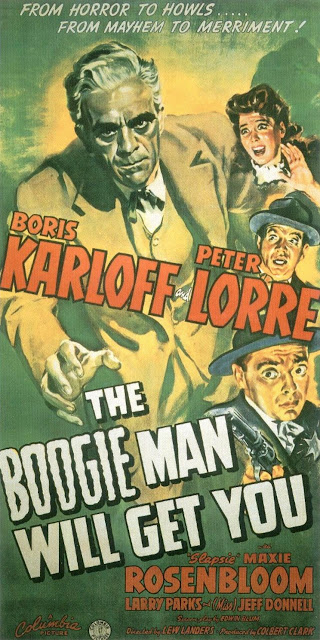 Good horror-comedies can be hard to find, especially so in the 1940s due to the genre's abundance (meaning lots of garbage), but a sure sign of a winner is certainly the presence of the master of horror himself, Boris Karloff, especially when aided by Peter Lorre!...

Professor Billings (Karloff) wants to sell off his rickety colonial property on the cheap, to pay off his mortgage to the town magistrate Dr. Lorencz (Lorre), and finds a very willing buyer in Winnie, an eager young woman keen on turning the place into an inn. The only condition is that the Professor would like some extra time to stay on the property and finish his experiments. Later on, Winnie's annoying ex-husband Bill shows up, pissed that his former partner is 'wasting' her money on her new venture. In his bid to get Winnie away, he discovers the remains of one of the Professor's test subjects and hurriedly calls Dr. Lorencz. The magistrate/sheriff/everything else in the small town is more than happy to run Billings in, but when the Professor tells him the whys of his experiments in aiding with the war effort, he decides to side with him. Hjinks ensue as they try and cover everything up and continue with the tests, all the while a murderer is prowling the grounds...

The Boogie Man Will Get You is a highly amusing flick, with numerous great moments. Not all of the humour lands, and a couple of scenes are a little annoying, but for the most part it's a thoroughly entertaining watch, with many a funny and ghoulishly amusing line. 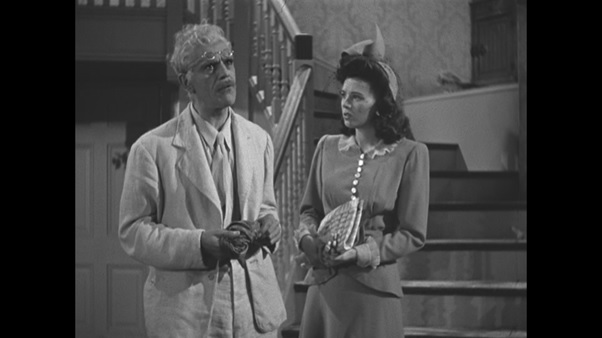 It was certainly a nice surprise that this 1940s movie is about a divorcee lead, and it never shames her for being one, nor tries to get her back together with her old partner. I was worried the whole movie that it'd do that, thanks to the Hays Code breathing down the production's neck, no doubt thinking something along the lines of "This filthy young slut can't go on being a divorcee! She needs to be remarried to her ex-husband immediately to restore morals to these tawdry proceedings!". Ugh! I need a shower just thinking of that!

The plot is interesting for the most part, but not without faults. Firstly, I disliked the character of Bill, and I think the film could've done without him completely. In his place they could've had more time to focus on Professor Billings' experiments, the murder, as well as extra story with the two servants and their true agenda (which comes completely out of nowhere in the last 5 minutes, by the way), or even the Axis spy (though he feels as equally unnecessary as Bill). There are at least three subplots in this movie which end up going nowhere, or being severely underutilised. There's a hodgepodge of a climax, and an abrupt ending, but overall this is a pretty harmless time. 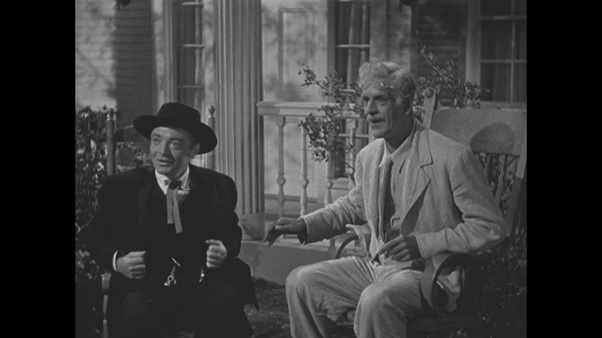 I loved the characters! The warm and huggable, yet dopily 'murderous' Professor Billings and staunch and firm jack-of -all-trades Dr. Lorencz make for a great duo, being adversaries at first, but then teaming up in a nice way, trying to complete the Professor's experiments, and stumbling into all sorts of setbacks. Winnie is a delight, taking everything freaky and ramshackle about the proceedings in stride, always with a positive look on her face. Even after the annoying direction the story goes, making her sour somewhat on Billings and Lorencz, she still says cheerily morbid lines like "Gosh, it's fun in a way being entombed!". Such a sweetheart! 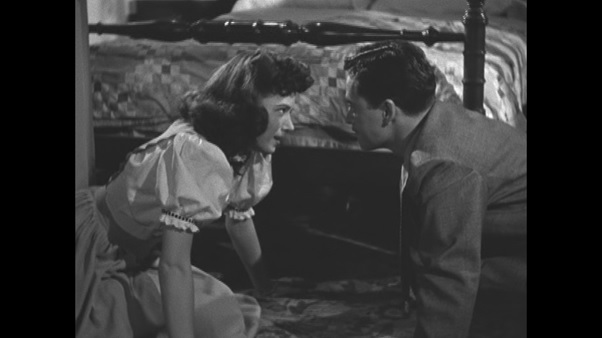 Bill I didn't like though, and wished Winnie would just kick him out. At least she's frequently ribbing him, and doesn't just immediately swoon in his arms (though they do end up clutching each-other quite a bit whenever coming across anything spooky). It's frustrating though how he still exerts authority over everyone, despite being an annoying nuisance who has zero business being in the tavern.

Next up, there's a place in hell for the person who decided what the inspired pairing of Karloff and Lorre really needed was the addition of Maxie 'Slapsie' Rosenbloom! I tried being generous, but after about 10 minutes, I was yelling at the screen for his character to die. He's stupid to an unendearing degree. At least his presence allows for Professor Billing's experiments to come to fruition. I would've been super frustrated if we never found out whether or not they would've been a success this final time. 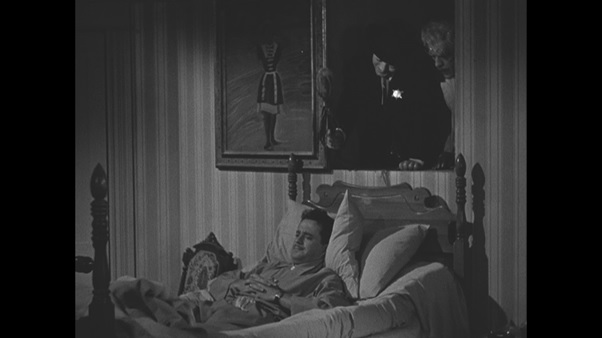 Back to something positive, Peter Lorre has an adorable kitten! She has the most amazing instinct for crime and corruption!

The acting is all great! Karloff and Lorre are superb, while (Miss) Jeff Donnell is super fun. The rest of the performers are good, even if I found some of their characters annoying.

One final thing to note is the title. It doesn't make much sense, does it! Oh well, it's a neat title, and I really like it, so I guess I can let its non-sequitur nature slide. 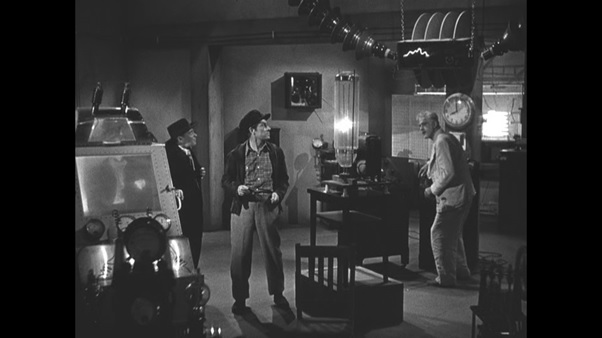 The Boogie Man Will Get You is a flawed but entertaining horror-themed comedy, and well worth a watch! It's great for a rainy day in, when you're in the mood for a macabre dose of merriment...
Posted by Chris Hewson at 9:45 AM