Candleshoe (1977) [The Deadly Doll's House of Horror Nonsense's The Shortening] 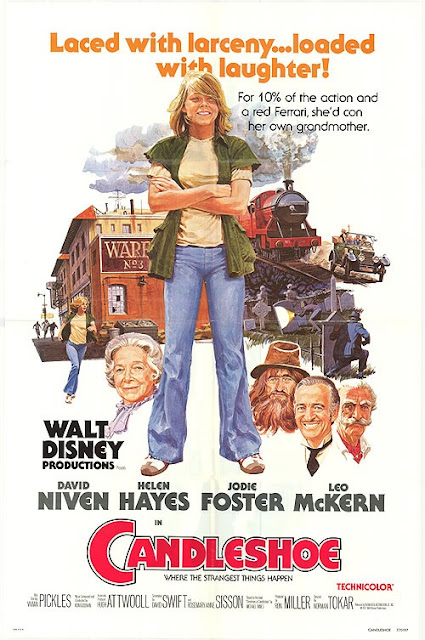 Casey, a young American street kid, is found by unscrupulous British crook Harry Bundage. Noting her resemblance to the missing grandaughter of the once-wealthy Lady St. Edmund, he plans on using her to locate a hidden treasure. Casey is trained with all the knowledge she needs to imitate the granddaughter, and once presented to the Lady, fools her completely. Casey marvels at the old house, now somewhat of an orphanage, and immediately starts digging in for its secrets. As the weeks go by, Casey gradually becomes used to her new lifestyle at the manor, and is more and more unwilling to sell out her new friends and family, but Bundage and co. are still on the prowl, and there's still a treasure to be found... 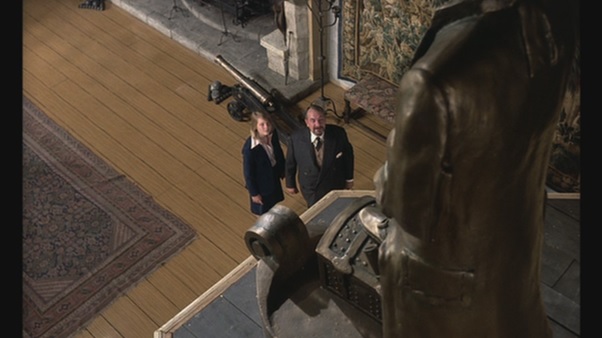 Candleshoe is an alright movie, but there are a few things about it that stopped me from fully enjoying myself. The biggest problem is that the lead character is kind of a bitch! Willfully conning an old lady, and colluding with rotten scoundrels. Thankfully the predictable ends up happening and she eventually comes around. On that note, the predictable also doesn't happen. I assumed that Casey would turn out to really be the missing heir to the estate, and was fully prepared to let out an expected but no less exasperated groan, but that never happens! She might be, but the film never goes out of its way to explore that potential plotline, which is both good and bad. Less cliched, but also a missed character opportunity 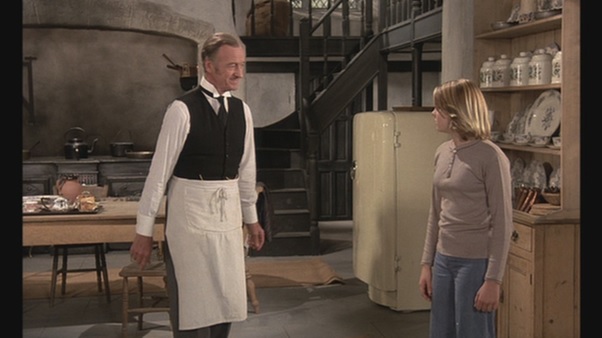 Moving back to Casey being a bitch. Firstly, her plays when trying to convince Lady Edmund of her authenticity are so obvious and unsubtle it's a wonder the ruse wasn't up instantly! Later on, when she's getting used to the house, one of the teens there mistrusts her (for good reason, as the audience knows). Their rivalry starts getting uncomfortable to watch, but thankfully the characters move past that quickly and Casey makes friends with everyone in the household, so we're spared scenes of Casey using her position to accuse the other girl of wrongdoing, which I can't stand in media.

The story we get is ok, but feels merely serviceable. Nothing special, but not all that great either, and it didn't exactly leave me with a sense of wonderment and adventure. The biggest issue with the plot is when Casey's lie is revealed. It really isn't! The characters do all find out the truth, but she tells them offscreen, and we never see their reactions to it! They're just instantly fine with it and Casey suffers no repercussions for her deceit. 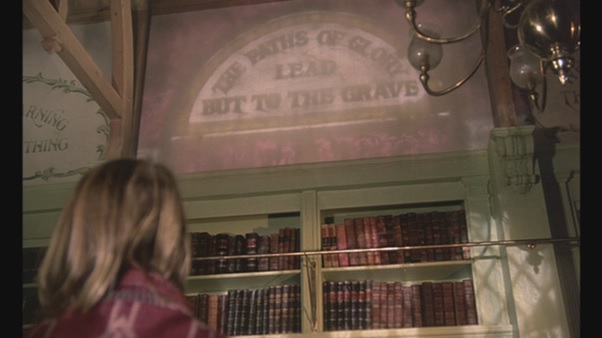 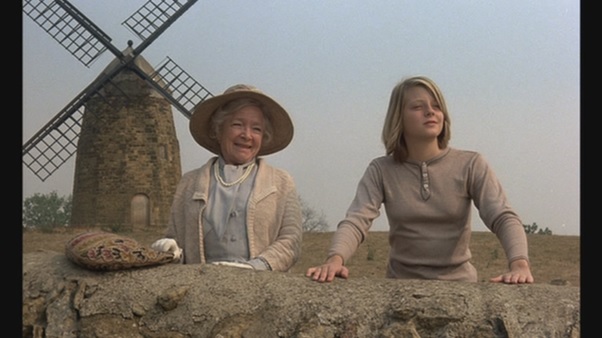 The whole climax and ending overall didn't do much to impress me   There's also an annoying amount of destruction based humour, all the while I stuttered "Th-that's probably a 60 million Pound estate! Th-Think of the history, dammit!".

The subplot with Lady Edmund and her butler Priory is quite good, reminiscent of Dinner for One, and with a pretty sweet conclusion. If you'd cut out all the semi-annoying children, and the plot therein, you could have quite a poignant short film about two people maintaining their friendship through silly charades as they age and lose other people around them, enjoying the time they have left in each-other's company...Uh, it sounds less depressing when you actually watch it, I swear! 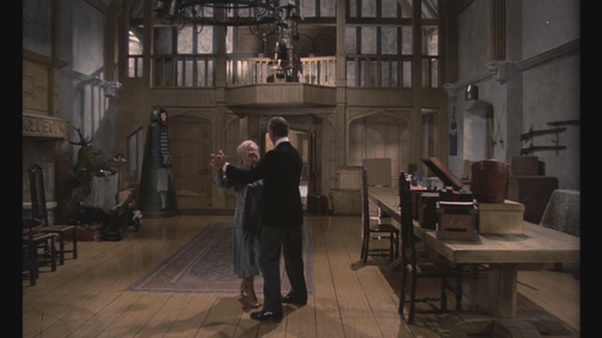 While her character may not be exactly likeable at times, Jodie Foster still delivers quite a good performance. The remaining child actors range from ok to sometimes kinda poor. Moving onto the acting heavyweights, with Helen Hayes, and David Niven. She's convincing with an English accent, to the point where I was surprised to find out she was American! Niven does well with what he has, including pretending to be a few different characters, which is fun to see. Likewise, Leo Mckern is great in his role, as you'd no doubt expect. He also seems to have an American clone, as evidenced by the beginning of the movie. I was freaked out! 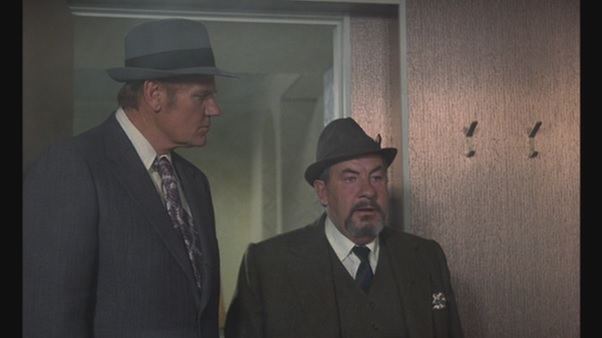 Onto more positives, Candleshoe looks fantastic! The British scenery is lovely to behold*, and Candleshoe manor itself is a great, idyllic looking estate. The real property standing in for the fictional Candleshoe manor was the country house Compton Wynyates, which was used for a few British films around the same time, and presumably in a few since.

*Man am I gonna feel awful if it turns out the film was shot in Scotland, Ireland, or Wales! 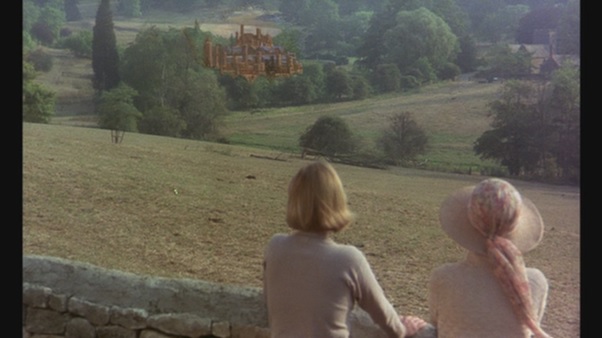 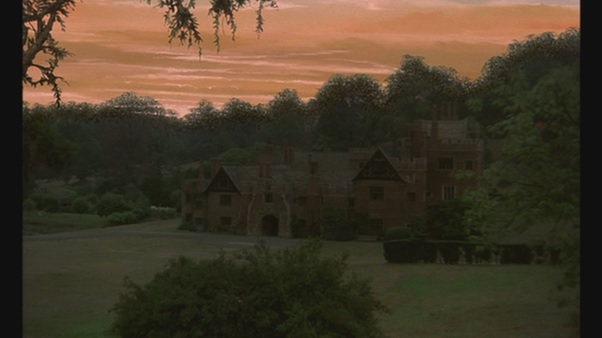 I'm not really sure if I'd recommend Candleshoe, but it's not awful, and some good scenes as well as the acting and general harmlessness make it a tolerable enough watch...

This post is for The Shortening, a blogathon set up by Emily of  The Deadly Dolls House of Horror Nonsense.
Posted by Chris Hewson at 5:32 PM