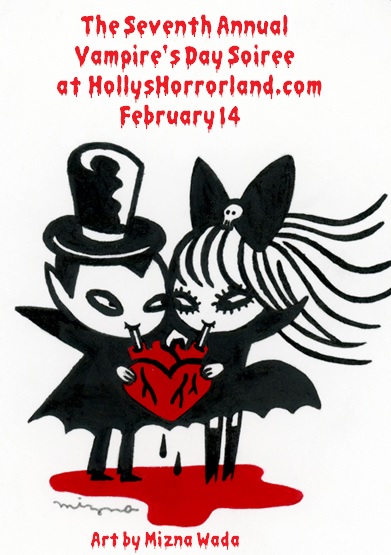 If I were to mention the existence of a Persian vampire film, your mind might immediately spring to the recent picture A Girl Walks Home Alone at Night. Not surprising, as if you try and google 'Iranian vampire films', or 'list of Persian vampire films', you'd be inundated with results for that movie. Surprisingly enough though, I was able to find another! Zan-e Khoon Asham is from the 1960s, which I imagine is quite an uncommon period to find horror from Iran, since it's not even that common a genre there to this day, with only the occasional film like The Rings by Mohsen Makmalbaf, or 2013's Under the Shadow. I'm positive there are more out there throughout the decades, because The Vampire Woman is so rare and obscure that even people compiling lists of Persian horror films pass it by unnoticed (though thankfully not all of them)! With that in mind, I'm glad to be taking a spotlight on this particular piece of cinema.

In Iran, a smooth-talking playboy comes to a small village to meet up with a friend, and in the process sweeps a young lady off her feet. He soon leaves for Tehran, promising to come back for his newfound beau, but immediately forgets her and shacks up with the next woman he gets the hots for, with the fact that she's already married having zero effect on his decision. Soon causing her marriage to be ruined, the man starts having terrifying supernatural encounters. Could the undead be real and tormenting him, is this all in his mind, or could something else be at play?... 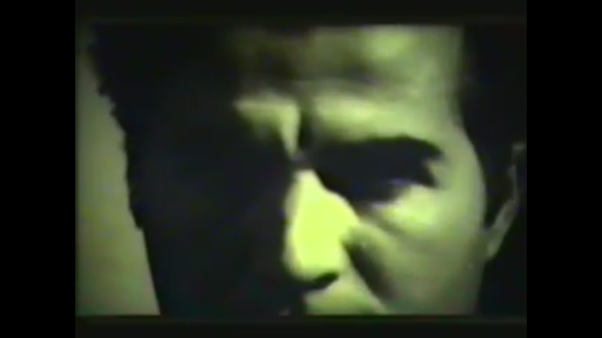 When The Vampire Woman gets going, it moves at a good pace, but a pretty sizeable problem is that the entirety of the first third is plodding. Most of it is taken up by a wedding sequence, and as interesting as it is seeing a different culture's nuptial celebrations, it drags. Also, the performers involved can't sing!  It's because of this that while the story moves along at a good pace, it takes it's sweet ass time actually starting. This also creates another issue. The second half hour is the guy screwing over the women in his life, while the last third is the revenge portion. Now, had the movie opened with, say, 10 minutes of introduction, then half an hour of the guy being a dick, everything would be fine as there'd be plenty of time remaining, but because the inciting incident section doesn't wrap up until the hour mark, it's too far in, as there's now very little time left for any spooky stuff, or for the sweet revenge.

While they're few in number, the revenge scenes are quite well done, and spooky in an old-fashioned way. Quick cuts insure we never get too close or lingering a look at the fake fangs, at least until the nifty reveal at the end! 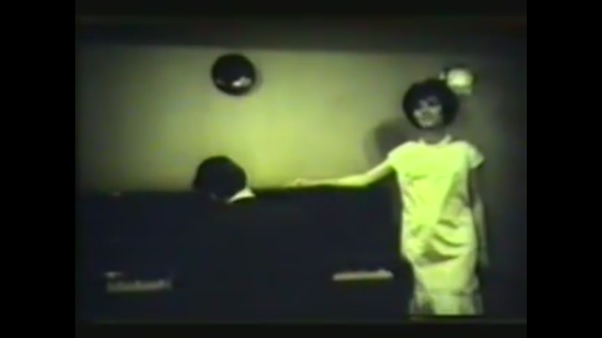 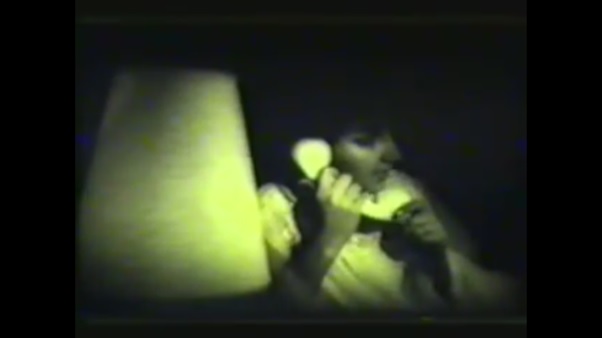 The plot seems to follow the Turkish romance formula of Girl meets Boy, Boy slights Girl, Girl plots intricate and emasculating revenge, cowing and taming Boy into a suitable partner, They live happily ever after. An unorthodox way of doing business if I may say so, ladies, but it seems to get the job done in these movies!

I watched The Vampire Woman in unsubtitled Persian, but as with Al-Kaboos, the print I saw was sooo low-quality that I struggled to make out the dialogue at all! The plot's not that hard to make out without the luxury of subs, but the only print I could find is super rough, looking murky and yellowed. Had I seen this film in better quality, I'm sure that would've improved the experience. I know that seems obvious, but some movies you can just tell wouldn't be improved by better quality. Let's hope that watching faded 50 year old VHS quality copies won't be the only way to watch this film in the future. 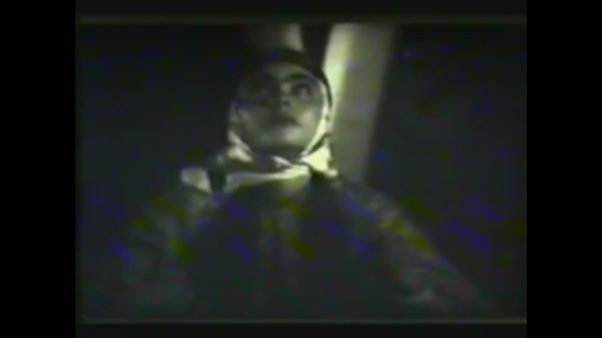 Given how this is a movie about two women teaming up to get back against the man who screwed them over, this is quite a feminist movie for 1960s Iran. Hell, it's quite a feminist movie for 1967 period! And how often do you see in movies even to this day where a woman and the person her husband was cheating on her with team up. After all, the other woman is usually an innocent party, but is often demonized in films. Here though, the two recognize the real one at fault and band together! Good on those behind this for wanting to tell such a story!

One element I appreciated is that this film  portrays a non-sexual female vampire. Sexual ones are all well and good, but when that's the only mode they ever come in and male vampires get more variation, there's a problem. Just a shame we get very little insight into the vampire. There's a reason for this, of course, but it's still a shame. 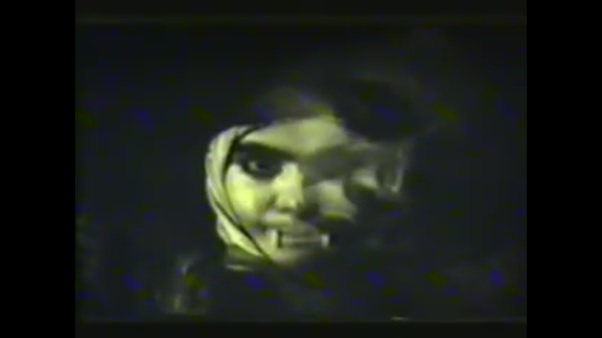 The Vampire Woman isn't that great a vampire film, nor a very good Iranian film period, but it's not that bad either. While it's doesn't exactly live up to the novelty of a Persian vampire flick, it still isn't worth writing off completely, and it's worth checking out, even if it doesn't hit the mark of something like Les Diaboliques...

In the destitute and crime-ridden Bad Town, young man Arash tries his best to eke out a living, but is constantly thwarted by outside events. One night he discovers the savagely murdered body of a drug dealer who had previously victimised him, and steals a stash of money and drugs. Despite his newfound wealth, things still suck for Arash, and bodies soon start piling up elsewhere, and a mysterious woman roams the streets...

With words being thrown about like 'world's first vampire western!', 'vampire western, period!', 'striking!' and 'genre-bending!', I was expecting something really interesting from A Girl Walks Home Alone at Night (a mouthful of a title, by the way), but I didn't see any of that. It's not a western at all for a start. Look, while I'll let the host country slide depending on how well they do (because who cares if Italy isn't the American West. And Turkey doesn't do that bad a job either), what I won't let slide is if it lacks cowboys, is set in the modern day, and bears a plot that has no western themes or motifs in the slightest. I also didn't see how the movie was in any way feminist.

The direction by Ana Lily Amirpour isn't that great, especially when mixed with pretty [bad] editing. Other moments look better, but I found this to be quite visually uninteresting. The movie is just boring! Aside from being miserable to watch, nothing happens! It takes 20 minutes before the titular vampire even shows up, and that's a very long 20 minutes, believe you me! The story never really picks up, and not much happens throughout, nor is the ending very satisfying, stopping moreso than it truly ends.

Contrary to what it seems, this isn't actually an Iranian film, but sorta-American. Pretty much everyone in front of or behind the camera are Iranian-Americans, and the movie is performed in Farsi, but shot in California. I find it super cool that people behind an American film were willing to have the whole thing be in another language. Massive props to that because it is seriously cool! I only wish it could've been for a better movie...

Looking deeper into how it looks, The look of A Girl Walks Home is mixed. Some of it is really good, at least in theory. For example, the scene where Arash and the titular girl have an encounter outside a factory looks great! As for the look of the vampire woman, it's almost really good, but I personally feel she would've looked better if just in a regular black chador. The bright striped t-shirt combo kinda ruins the effect. The audio and visual effect when she vamps out isn't that great either, making the attack scenes feel a bit overdone to me.

The acting here is decent. I really enjoyed seeing Marshall Manesh in a role where he gets to speak his native tongue, but his character is so depressing, it's a bit hard to watch, given how cheery he is in other roles!


It takes long enough, but it's over half an hour in when we finally get music that actually sounds western themed! It sounds a bit overdone, showing a little too much inspiration to stuff like Ennio Morricone in Sergio Leone's works, and thus not really standing out on its own. Compounding matters is that a spaghetti western track feels out of place as all heck given this is clearly not a western picture. There are a few rock songs on the soundtrack, which are ok, but overall it's not a very interesting score. 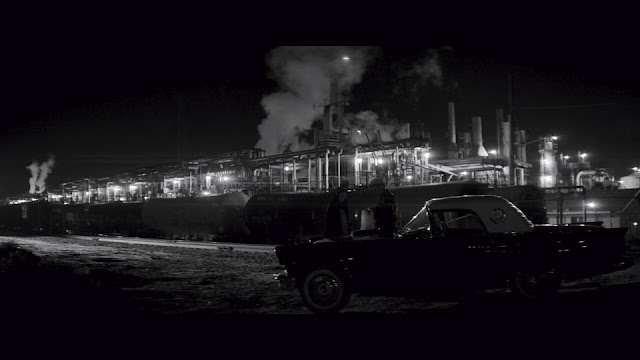 Onto some more positives. A couple of scenes are decently tense, and there's quite nice imagery in places. There's also some really bad imagery, that totally kills tense scenes dead in their tracks, like the skateboarding one. The one scene that I feel exemplifies the movie as a whole is when the vampire girl invites Arash to her apartment, where she puts on an 80s record, and they stand around, then stare longingly into each-other's eyes, bonding over the music. This is an oft-used scene, for good reason. The song used here is good, and kinda thematic, but what kills the scene is that the 'standing around staring at nothing' portion doesn't last for just 10 to 20 seconds, but two goddamn minutes!

I was looking forward to A Girl Walks Home Alone at Night, but ended up very disappointed, and very tired. I shouldn't have watched the movie at night, because I was definitely ready for bed by the end. It's a slog of a film, and I don't recommend it...

Well, that's another year down for the annual Vampire Soiree! While I haven't gotten the opportunity to look at any Jean Rollin movies these past couple of years, I'm at least grateful to have sampled some vamp material from countries such as Mexico and Iran, and if I've spotlighted otherwise obscure movies you might never have heard of, I'm glad...
Posted by Chris Hewson at 7:33 AM