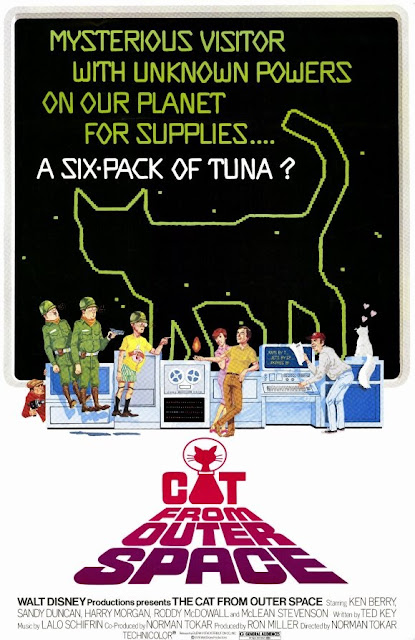 In the tradition of That Darn Cat, it's time for more feline shenanigans courtesy of Disney/Buena Vista!...

From the far reaches out space, and alien race has made contact with the Earth thanks to a ship malfunction. Being identical the the cats of our planet, the pilot goes looking for supplies to fix his ship, while the government locates it and takes it away for study. The cat, soon dubbed Jake, finds a local scientist Frank Wilson, enlisting his help (and that of his somewhat uncouth coworker Link, and would-be girlfriend Liz) to fix his craft and get back home... 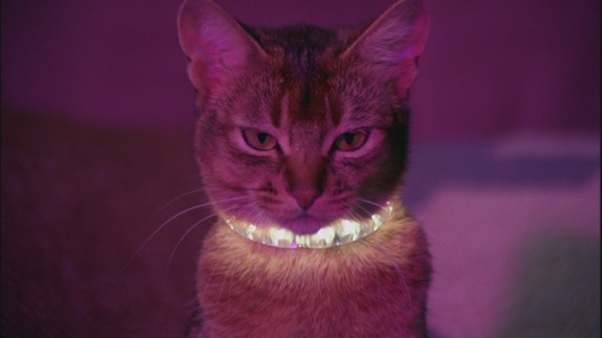 The Cat from Outer Space is a highly enjoyably watch, and further proof positive that kitty cats provide the best entertainment next to dogs!

This is a kids movie in the respect that it has a G-rated plot, but focuses on adult characters, which could go either way. Sometimes there might be justifiable complaints that kids want to watch movies about other kids, not 45 year olds. On the other hand though, I seriously dig the confidence Disney had in their kids movies that they could have them be about adults, and trust the kids to understand them. I think what I like about such stories is a tendency to not talk down to children. However, there are some..odd elements in this for its target audience, namely the amount of booze present and consumed! 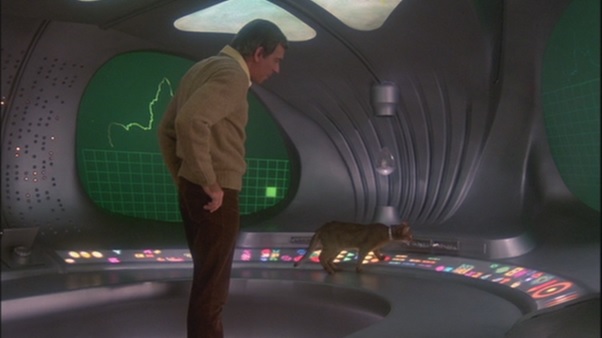 My favourite aspect to the story is how believing everyone is. Link takes a little convincing, but a little feline telepathy soon changes his tune, while revealing the truth to Frank's paramour Liz works just fine, and their interactions with the military ends up going a pleasing and unexpected direction too!

My least favourite thing about the story is the kinda pointless addition of a big bad, who doesn't appear until over 70 minutes in, and doesn't really accomplish much. He does set the events of the climax in motion, but doesn't really end up amounting to much himself. I think the best solution would've been to have him appear more, and possibly to have Roddy McDowall play him rather than the put-upon subordinate. 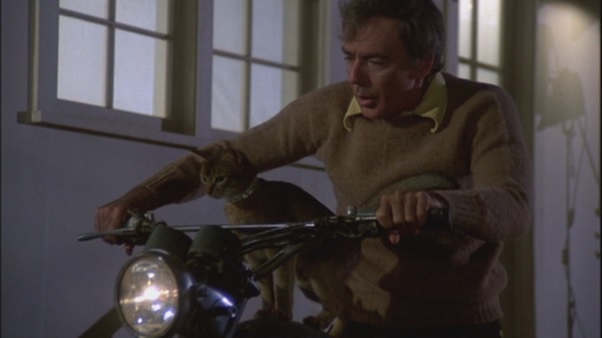 Back to some positives, the film sports some great dialogue, including "Anybody ever tell you you've got a terrific set of whiskers?". That Jake sure is a hit with the ladies!

Ok, time for the most important part of this movie-The cat! It does a really good job! It's always very co-operative, giving off the impression that it's a hyper-intelligent being, and you always believe that it is, and all without CGI, too! 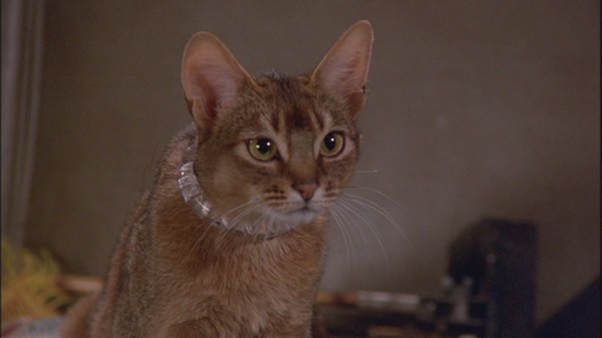 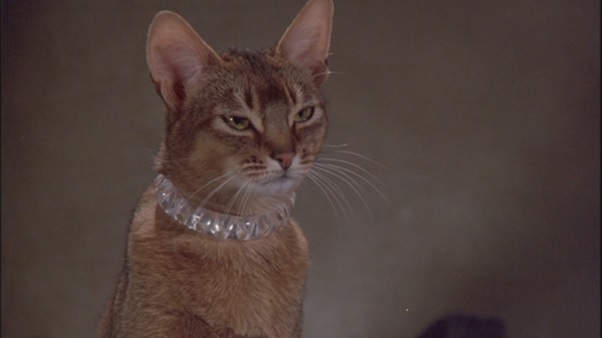 The effects in The Cat from Outer Space are mostly fine. The spaceship looks neat, if a little underdecorated, while the location work is nice, particularly at the climax. There's some noticeable but decent green screen usage, visible wires in one flying scene, and an ADR screw-up near the end. Then there's the use of the cat itself, which I already went over. All round, it's flawed, but for a movie that presumably didn't have a huge budget to work with, it's good.

The acting here is god. Ken Berry is a nice lead, Ronnie Schell is great as Jake (sadly the cat itself goes uncredited). M*A*S*H* alumni McLean Stevenson and Harry Morgan are both entertaining, though only get a couple of short scene together, so we don't get a whole movie of Colonels Blake and Potter. Sandy Duncan is fun, as is Roddy McDowall! The rest of the acting is decent, though the guy who plays the villain, is underused. 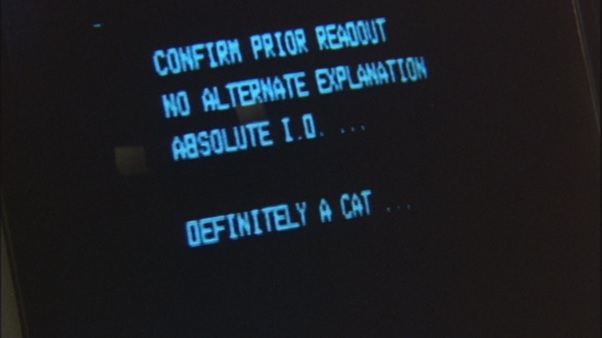 The Cat from Outer Space is a ridiculously silly time! It's not perfect, but I recommend it, especially if you're decidedly not a dog person!...

This post is for The Shortening, a blogathon set up by Emily of  The Deadly Dolls House of Horror Nonsense.
Posted by Chris Hewson at 5:05 PM