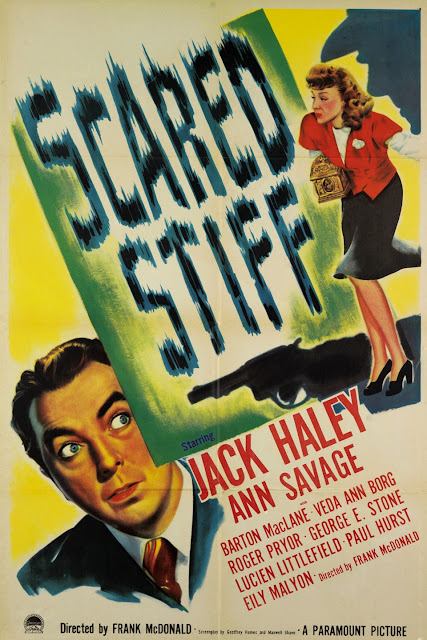 Larry Elliot is an unlucky news reporter who's this close to getting fired due to his inability to cover stories properly, always leaving out the interesting details for one reason or another. Given one last chance by his bosses, he's instructed to go to Grape City for a harvest festival. However, due to a mix-up when meeting a crush at a train station, he ends up on a coach to Grape Central instead. While on the bus, the man next to him is murdered, and suspicion falls on Larry. The only one who seems to believe him is his crush, antiques dealer Sally, who it turns out has come to Grape Central regarding a valuable chess set of Kublai Khan's.

Everyone is forcibly gathered at the local inn, run by two strange identical twins. While all Larry wants is to get to Grape City and save his job, everyone seems to be vying for the chess set, including an escaped gangster Markholm, who won't let a few bodies stand in the way of him and his former property... 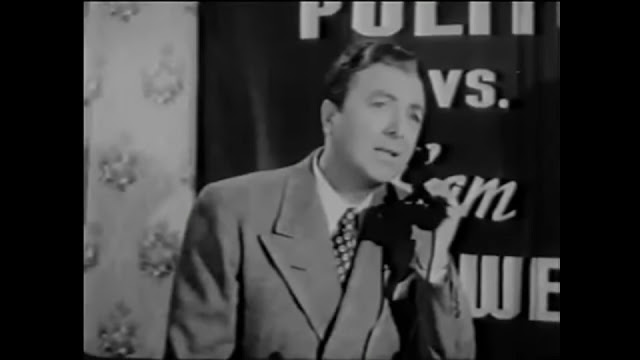 Despite its suggestive title, Scared Stiff isn't one of the 1940s comedy-horror cycle, but the comedy-mystery subgenre. Pretty close bedfellows during this period!

From the get go, Scared Stiff promises great fun! There's enough intrigue going on, with a plot that never takes itself too seriously, but also isn't farcical. The movie has an abundance of kooky characters! We've got the crazy twins, who are always at each-other's throats despite not having seen one another for 10 years, the precocious mystery buff child Oliver, and the manager and his wife, who I'm sure see themselves as normal, but are anything but at times! 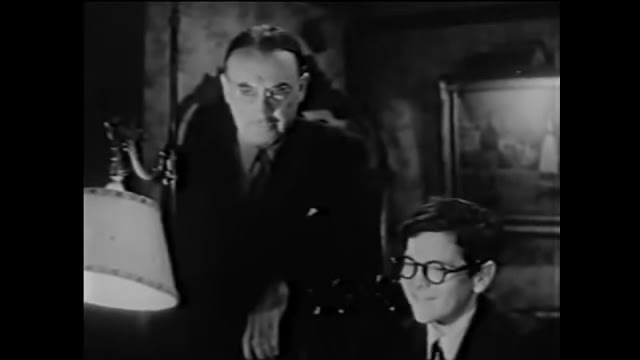 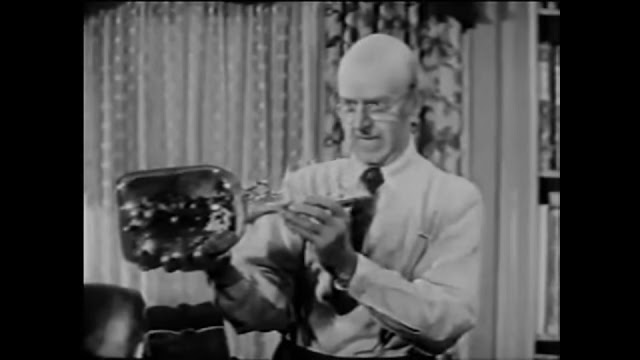 The two female characters also fare well too, coming across as competent (certainly moreso than the clumsy lead), and likeable. They're even pals by the end of it, despite their earlier mistrust! The two escaped crooks make for a fun pair, and a credible threat. With all this in mind, you're probably wondering if the lead is completely overshadowed, and no, not really! He's nowhere near as distinctive as any of them, of course (who would be?!), but he still carries the film well, and is a good mix of klutzy and endearing, and you believe it when he's able to take down the villains at the end. 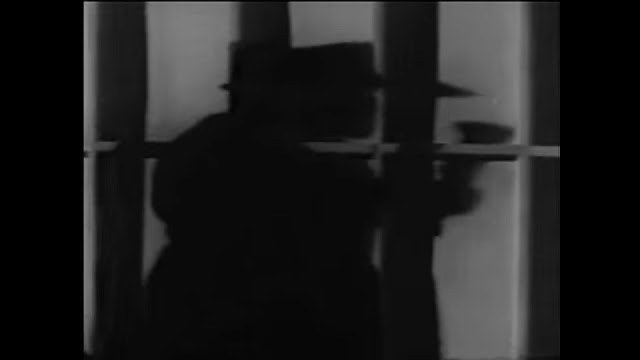 The villainous criminal Markholm doesn't show up until about the final third of the movie, which at first seems too late, but I think it's juuuust right. Had he shown up any later, he would've been underutilised, but as it is I think his screentime is allotted well. There's just enough time for us to get to know him, and he doesn't take away any screentime devoted to the many other characters.

The only area I was left a little confused in was the identity of the killer, and their motive. It seemed like it could've been explained better, and given more clues and setup to help us understand. Despite this drawback, the whole finale is a ton of fun! First we've got an amusing comedy setpiece, then a pretty gripping final encounter that's surprisingly well imagined and directed for a film from this period. 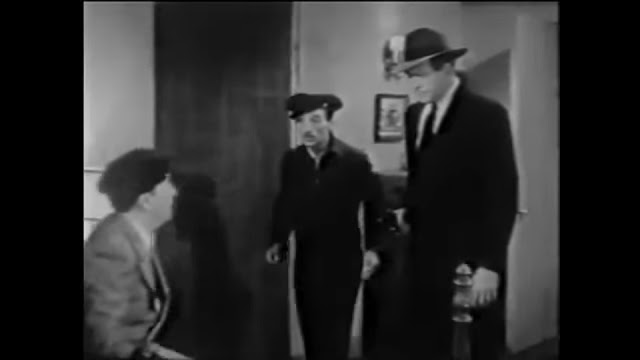 The pacing in Scared Stiff is brisk, never feeling staid despite the one location for the majority of the film. The writing never fails to amuse, not only in its diverse characters, but in the dialogue too.
I'd love to have a kid like that. I'd keep him in a bottle."-"What've you got against bottles?"
"Did you jam up that wiring?"-"No sir, I was just trying to fix it."-"Fix it, eh? Well I'll fix you!"
"And as for you, one more break and I'll fill you so full of holes you'll look like a punched out meal ticket!"

The acting here is all good. Jack Haley is a fun lead, while Ann Savage and Veda Ann Borg do well playing off each-other and Haley, even if their hair colour was sometimes the only thing allowing me to tell them apart visually. Barton MacLane is good as the gangster, Lucien Littlefield does great with his goofy dual role, and Buddy Swan is hilarious as the precociously devious Oliver. 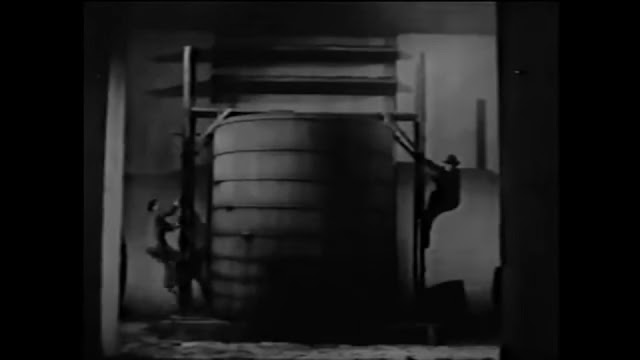 Scared Stiff is a super fun flick, and I definitely recommend it. It's got all the right ingredients for an entertaining mystery picture...
Posted by Chris Hewson at 7:20 AM