If I said that there was a movie where Lynn Redgrave teamed up with Franco Nero and Eli Wallach to fight in the Mexican Revolution and against Captain Kronos Vampire Hunter I'm 100% sure that no-one would believe me. Yet this movie exists alright, and it's a damn fine one at that.

Directed by Duccio Tessari (The Blood Stained Butterfly, Three Tough Guys, A Pistol for Ringo), Don't Turn the Other Cheek is a great obscure little spaghetti western, one of the many released by DVD company Wild East Productions.

Don't Turn the Other Cheek is about Russian prince and confidence trickster Vladek Orlowsky (Franco Nero), who after finishing a wedding con (which takes up the still-motion opening credits), is ambushed by a group of bandits, who, mistaking him for a real priest, want him to try and get information about a hidden cache of gold out of a dying man. Orlowsky gets the information and kills the bandits, but not before they mess his ride up. 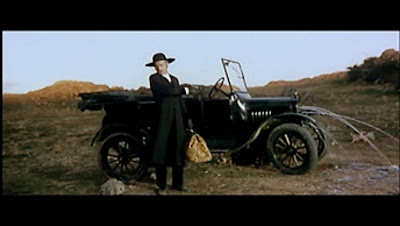 He goes to a nearby prison, where a bandit, Lozoya (Eli Wallach) is being kept. Orlowsky busts Lozoya out but not before meeting up with his deranged cousin and now sheriff (Horst Janson from Captain Kronos Vampire Hunter). Orlowsky and Captain Kronos (I don't remember the movie ever bothering to name the character) have a violent history with each other, which resulted in Kronos having to wear special metal body plating-what I can only assume was caused by Franco Nero busting out his skills from 'Enter the Ninja' and tearing Kronos's spine out with his bare hands. 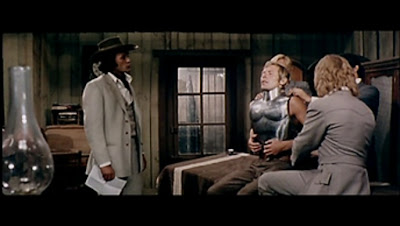 While escaping, the two bump into Irish Journalist Mary O'Donnell (Lynn Redgrave), who mistakes Lozoya for famed Mexican revolutionary El Salvadore. Orlowsky and Lozoya try to find the gold while being forcibly dragged across Mexico by Mary. After them is Kronos and the villainous General Huerta (Eduardo Fajardo). 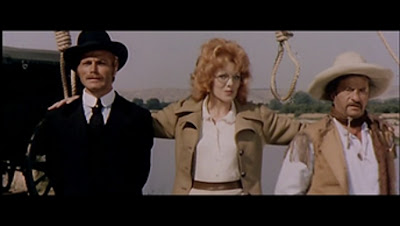 The characters are all great, from the con-man prince, to the bandit-turned revolutionary, the radical journalist and the colourful villains. The real villain of the film is definitely Redgrave though. Mary O'Donnell is the kind of journalist who not only starts revolutions for her newspaper (knowing that 'El Salvadore' is a fake), but kills at least 20 people in her pursuit for a good story, and was apparently trained in reporting by Q Branch, as she has gadgets in the movie, like a camera bomb. Her bitchiness is exactly what causes a few of the more un-PC moments of the movie. After killing about 50+ Mexican soldiers, the trio escape by motorcycle, which Nero pushes Redgrave straight off! And later, they leave her locked up in a prison with dozens of other people. And Nero literally smashes her in the face! 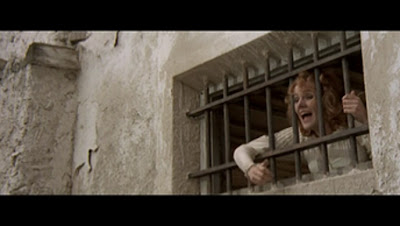 The movie turns semi-serious in the last third. Lozoya visits his sister and nephew, who, soon after are killed by Huerta. And when the trio finally get to the village of San Tomas, where the deciding revolutionary battle is going to take place, they find all 20 of the men willing to fight General Huerta hung. 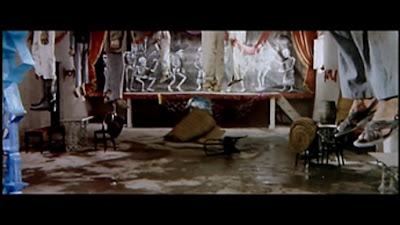 Being a spaghetti western, this movie doesn't value human life too highly, as it has a body count that nears that of Django (about 140). Single battle scenes will feature from about 5 to 30 people killed. Also being that it's a spaghetti western, the good guys can gun down dozens of people and be in prolonged fire-fights yet be completely unharmed. And it wouldn't be a proper spaghetti western if the heroes didn't have each other at gunpoint at least every 15 minutes.

On the topic of the Mexican Revolution in this movie, all of the scenes which focus on it are not dubbed, but subtitled. I can only wonder why the American distributor would cut out semi-American history while the Italians would keep it. 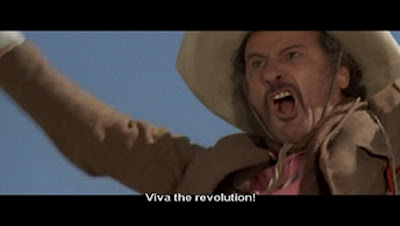 All in all, Don't Turn the Other Cheek is funny, action-packed and a credit to it's genre. 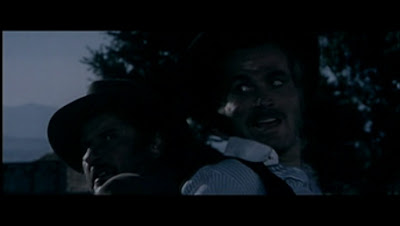