Epitafios-If the Dead Could Speak (2004) 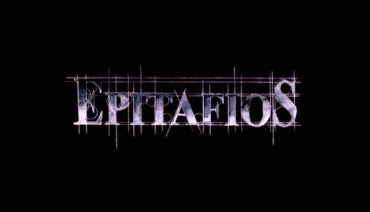 I remember a show from a couple of years ago called Harper's Island. It was a slasher film in TV show form and had the gimmick of having one or more murder per episode. It wasn't really that good and was cliched as hell. But there is a show with a similar format that is a genuinely great show-Argentinian made Epitafios.

Epitafios is about a serial killer Bruno Costas (Antonio Birabent) who's hunting down everyone involved with an incident that happened several years prior. A teacher took several students hostage, accidentally killed them, and managed to escape justice. Five years later, the teacher's mutilated body is found and it's up to former policeman-now taxi-driver Renzo Marquez (Julio Chavez) and psychologist Laura Santini (Paola Krum) to put a stop to Costas' deranged plan before his vengeance is ultimately enacted on them.

Not shying away from showing graphic violence and uncaring in character shields, Epitafios is grim and unrelenting, much more so than even the most brutal of American shows-every episode has some sort of twist or turn that will leave even the most hardened viewer reeling (particularly in the final episodes).

Spanning 13 episodes, the plot is very intricate-just like Costas' murderous plans-but not to the point of total confusion, the characterisation and acting is top notch, and the atmosphere is tense and uncomfortable (in the good way).

So, to cut it short, if you're any kind of horror/crime fan, then find this immediately so you're not missing out on a great spectacle in modern day horror.