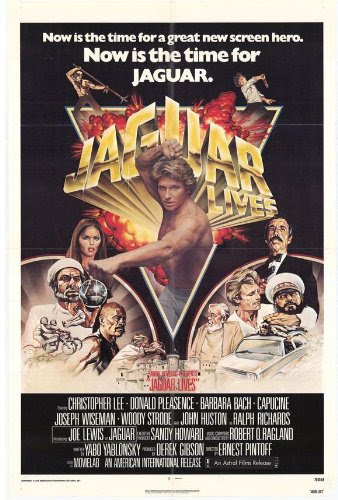 Imagine if you will, a film that pulls together the dream cast of Christopher Lee, Donald Pleasence, Joseph Wiseman, Barbara Bach, John Huston, Woody Strode and Capucine. That sounds like a film that you could do no wrong with doesn't it. Well, Jaguar Lives still manages to fuck up the best B-movie cast ever assembled, not because of how good or bad the movie is, but because of how little screen time everyone gets.

Jaguar Lives concerns a retired Super Spy named Jonathan Cross: codename The Jaguar (famous kickboxer and Bruce Lee disciple Joe Lewis), who is goaded into doing one last job by his boss (Barbara Bach) in order to find out who caused the death of his friend and partner Brett: codename The Cougar (Anthony De Longis) during a botched operation. His journey to uncover the mysterious plan known as The Killing of the Kings takes him from Hong Kong, to Madrid, to Tokyo and a whole variety of exotic locations until he eventually comes to find that the identity of the villainous Esteban will hit closer to home than he ever suspected (obvious plot twist is obvious).

On his travels, Cross journeys to a Middle Eastern country called El Habbab to meet his old friend Ben Ashir, played by Joseph Wiseman. Cross talks to the old man for about three minutes and then zips off the continent and Wiseman is not seen again in the movie. Next, arriving in a banana republic, Santa Fortuna, he talks with the head of state, General Villanova, who was nearly assassinated by one of Esteban's men. The general is played by the delightfully evil Donald Pleasence, who spends most of his scant four minutes of screen time casually telling 'Meester Jaguar' how he's going to torture and murder him, while directing him around his mansion ("This was designed by my brother, it was right before I had him shot"). 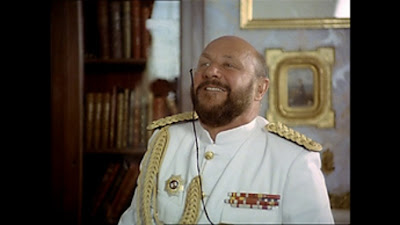 After meeting up with several other celebrities with ludicrously small screentime, Cross is kidnapped by Adam Caine (Christopher Lee), an old associate who wishes Jonathan to become his heir. Cain puts Cross through several few-second-long martial arts trials before eventually letting him go. At nearly ten minutes, Christopher Lee has the most screen time but it's still nowhere near enough. 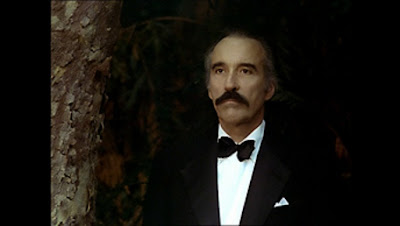 Despite the movie lacking very many fight scenes, they are evenly paced enough for the film not to be too boring. One of the more baffling things about the movie is the villain Esteban. His identity as Cross's thought-to-be-deceased partner is kept hidden until the movies final minutes, but at the start of the movie, during the botched operation we see Brett pull out a gun and shoot Cross in the back. Cross didn't see who shot him and just assumed that Brett was killed in the ensuing explosion, but we saw him, yet his identity as the villain is still kept secret for the rest of the movie. 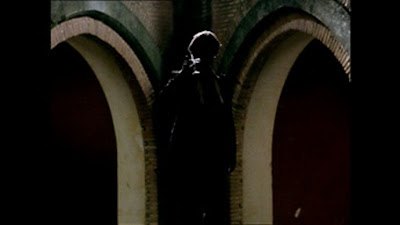 The plot also has several other problems, such as the identity of the boy who accompanies Wiseman's character (he turn's out to be Brett's son, but we don't find this out until the movie's last few minutes, and it doesn't really impact with the plot either), and several charcters who either try to kill Cross, sell him out or let him go for no particular reason. 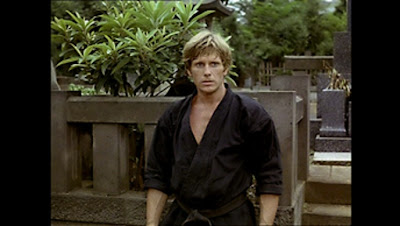 Joe Lewis's performance as The Jaguar is a little wooden, about as much so as Sam J Jones in "Flash Gordon". The rest of the performances range from good to great, it's a little hard to tell though, since the only actor to actually appear in the movie for more than five minutes is Lewis. The fight choreography is good, which is to be expected seeing as Lewis was very proficient in martial arts, particularly kickboxing. Of note is a stunt Lewis performs midway during the film, a jump-kick towards two guys on motorbikes. 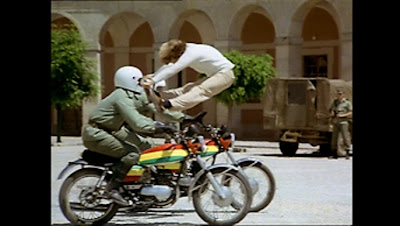 And of note is the final fight scene between Cross and Brett, where halfway through the fight, the two men remove their shhirts for no particular reason other than to show off their 70's chest hair. 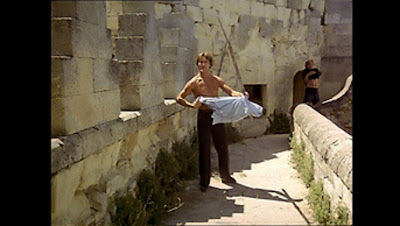 All in all, Jaguar Lives, while dissapointing with it's cast decisions, is still a fun, entertaining eurospy film albeit slightly boring in some places.
Posted by Chris Hewson at 5:52 AM