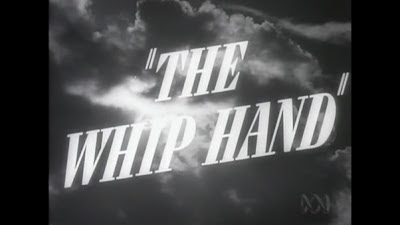 Now THIS is a film I was looking forward to!

I wanted to watch 1951's The Whip Hand for two reasons-It had a cool sounding plot, and mainly because it starred Carla Balenda-Betty Leonard from The Adventures of Fu Manchu! Unfortunately this is one hard film to track down. I tried looking online for this flick several times, but to no avail. The only results eBay yielded for The Whip Hand was about three pages worth of the book by Victor Cannning. Luckily a blogging pal, Stacia (of She Blogged By Night) managed to procure me a copy, for which I am very grateful!

The Whip Hand is a thriller about a journalist on holiday, who comes across a small town that seems good, but is hiding a deadly secret...

The film opens with journalist Matt Corbin (Elliot Reid) out fishing in the country, at Lake Winnoga when a storm starts. He goes to leave and slips, hitting his head against a rock. He drives off down a road towards a property (not seeing a 'No Tresspassing' sign) and asks a guard by the gate if he can come in and patch up his bleeding head wound. The gun-toting guard refuses, and demands that Matt leave immediately.

Matt goes into town and goes to the doctor's office to get patched up, and he meets the doctor's sister, Janet Keller (Carla Balenda), who he strikes up a bit of a frienship with. 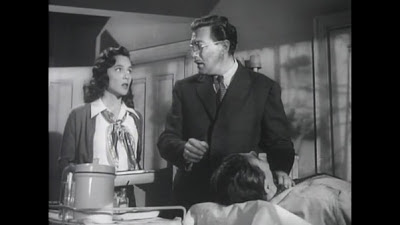 Matt goes to the inn, where the manager, Steven Loomis (Raymond Burr) tells him that all the fish in Lake Winnoga died of a virus five years prior-an event that turned Winnoga, a booming fish-egg industry, into a ghost town. Loomis tells Matt of a nearby town with plenty of fish to catch, and he draws a map for Matt on how to get there.

The townspeople act friendly to Matt, but when he's gone, the majority of the townspeople, Loomis included, are revealed to be hostile, and they want Matt out of Winnoga as soon as possible. 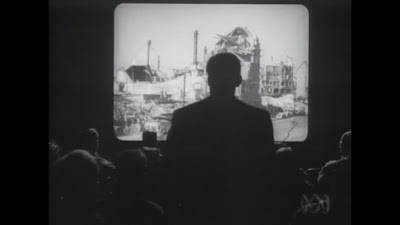 Matt is perfectly willing to leave, until he keeps noticing shady things going down in Winnoga. He decides to stay and write a story on the town, which the angry Loomis pretends to be ok with.

With his camera in tow, Matt sneaks into the suspicious property that he stumbled upon during the film's beginning (which he's been told is owned by a reputed eccentric), and takes some photos of some shady people. Suddenly an alarm goes off (as a camera saw Matt), and he runs off, hiding his camera (which looks REALLY damn small for a camera from 1951!) in some brush. 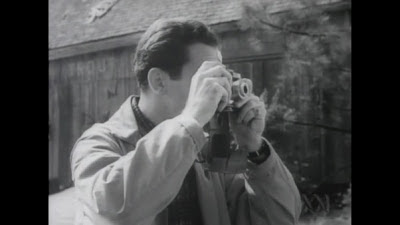 Realizing the danger he's in, Matt decides to leave for a nearby town (and wants to take a frustrated Janet with him), but his car won't work. Now stranded in Winnoga, a hostile town controlled entirely by the enemy, Matt Corbin is in real trouble indeed... 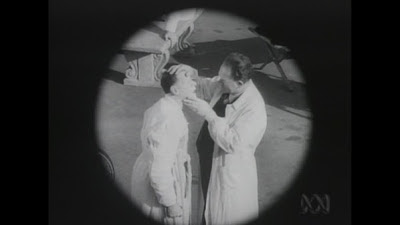 The Whip Hand is an entertaining little thriller flick, with good acting all round (although Carla Balenda is pretty underused until the final half hour).

The film maintains a good atmosphere. You definitely get the feeling that the town of Winnoga is a very dangerous place. The bad guys control everything from the phone lines to the local business', they can screw with your car, follow your every step, and can kill you without anyone ever thinking that it was foul play.

The whole last act is unavoidably a letdown, story-wise, because the whole movie is a low-key mystery, and then suddenly COMMUNIST PLOT TO DESTROY AMERICA! If the communism factor was woven throughout the whole movie, then it wouldn't be too much of a problem, but it isn't. At least the film never feels like it was made by a McCarthy-ist, so props for that. 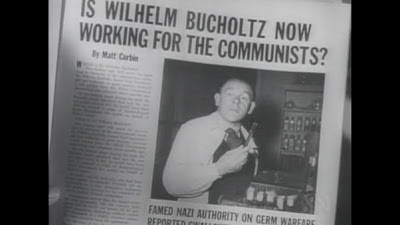 The villains in this movie weren't always communists though. Originally The Whip Hand was meant to be about evil nazis in rural America, not communists, but it was changed, and the movie was refilmed accordingly, when executive producer Howard Hughes thought that nazis were old hat as villains, and that communists should fill the void. That original plot doesn't sound too bad, but here's the kicker. The film was going to have Hitler in it! Yeah, THAT Hitler! This film's plot would have REALLY suffered if it was a low-key mystery for most of its running time, then suddenly introduced nazis and Hitler into the mix right out of left-field!

Come to think of it, if that original story had remained, then this'd be the second time (well, first, but you get my drift) that Carla Balenda has encountered and fought a still alive Hitler! The first being in that one episode of The Adventures of Fu Manchu...But then again, I'm pretty sure The Master Plan of Fu Manchu was one of her character's Coffee* episodes.

*Wherein Balenda's usually kinda-proactive character of Betty Leonard does little to nothing but make coffee for the MEN. 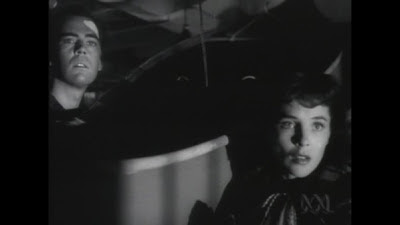 The acting is all fine, minus one role (which I'll get to in a bit). Kinda-Ken Berry lookalike Elliot Reid is a fun hero with a hilariously wholesome smile, and Raymond Burr makes for a good villain (he's not the main villain storywise, but he gets the most screentime).

Carla Balenda is good in her role, but the character she plays isn't as good. She isn't very proactive, and I don't find it believable in the slightest that this woman reluctantly dragged to a small town by her brother would stay there while weird shit is going down for HALF A DECADE! If it was a year, or six months, I'd understand her not leaving, or doing anything, but FIVE YEARS?! 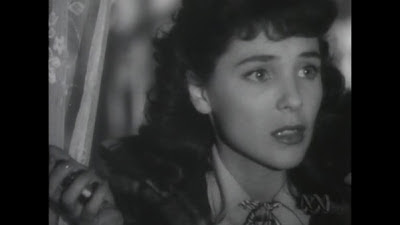 She also gets one stupid scene when she and Corbin are captured and put in a van. When it arrives at its destination, the bad guys open the door and Corbin jumps them, with difficulty given their numbers...and the fact that Janet DOESN'T HELP HIM AT ALL! She just sits and watches!

One particularly funny thing about The Whip Hand is the insta-love between Matt and Janet. They have a couple of random conversations, then at one point, during a serious discussion, Matt pashes her! Dude! Not ok! Haha, oh 50's... Also funny about their romance is the height difference! 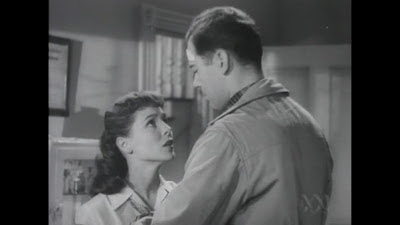 The rest of the acting is fine, but one actor in particular is not very good-Otto Waldis as Dr. Wilhelm Bucholz, the main villain.

One thing I appreciated about The Whip Hand is that the two heroes get out of captivity near the end themselves, rather than just being saved by the military at the nick of time

Speaking of, the military guys who come in at the climax are dressed like the Rat Pack! The Fedora Squad to the rescue! 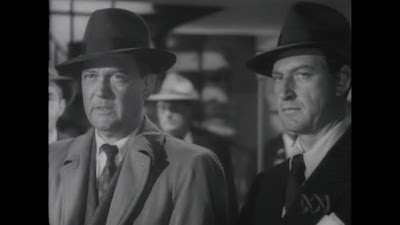 The film has a hilariously abrupt ending! When Bucholz is having his evil speech about destroying America, there's literally less than two minutes of the film left!


So, to finish, I recommend The Whip Hand (and no, I don't have any idea what that title has to do with anything), assuming you manage to track down a copy. It's definitely a fun little sit!
Posted by Chris Hewson at 9:15 AM