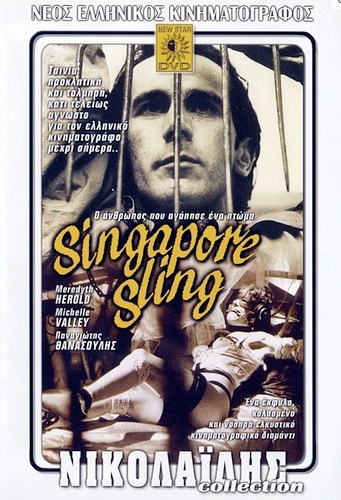 Singapore Sling is about an unnamed detective looking for a missing woman named Laura, and stumbles upon a house inhabited by an insane and murderous mother and daughter... 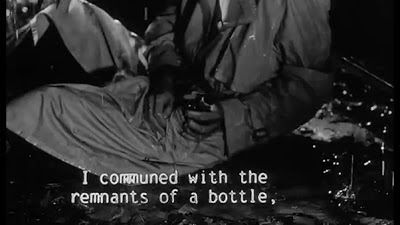 After opening with a pantsless (woohoo!) mother (Michele Valley) and daughter (Meredyth Herold) digging a pit and burying a body, a monologue starts up from the private detective (Panos Thanassoulis) talking about Laura, a woman who went missing three years ago.

In the house, the daughter goes on a narration of her own, talking about how three years ago, Laura came to the house, and she and her mother killed Laura, and how they relive that event as a roleplay. 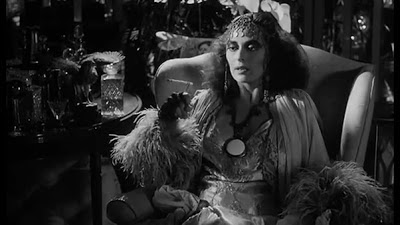 Outside, the detective has a gunshot wound to the shoulder, and he stumbles from his car to the house. His ringing of the doorbell attracts the attention of the mother and daughter, who take him inside.

The phone line isn't working thanks to the heavy storm, so the mother isn't able to contact the police. She and her daughter search the unconscious detective, who they name Singapore Sling, after a drink recipe in his jacket. They find his notebook and realize he's searching for Laura, and retraced her steps to their house. They assume that he's a police officer, so they decide to keep him in the house. 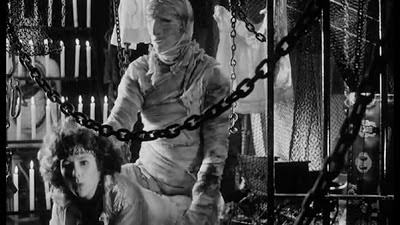 The insane duo torture 'Singapore Sling', violently and sexually, so he'll tell them why he's come to the house and soon enough, they start roleplaying, with the daughter pretending to be Laura.

As he is tortured more and more, both physically and psychologically, the near catatonic 'Singapore Sling' starts devising a way out of the hellhole of a house... 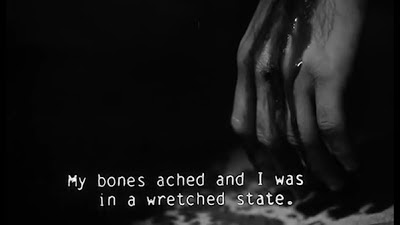 Singapore Sling is a movie that entertained me from beginning to end, and at times, it's wickedly funny. The film has only three characters, and is set entirely in and around this one house, but I never once found the movie to be a drag. It never bored me. 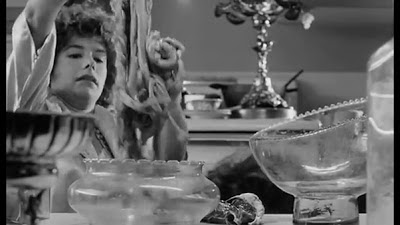 The film's structure is odd sometimes, in that the mother and daughter constantly talk to the audience, relating the story, sometimes moments before it actually plays out. The oddness of the structure definitely compliments the film, rather than hurting it. 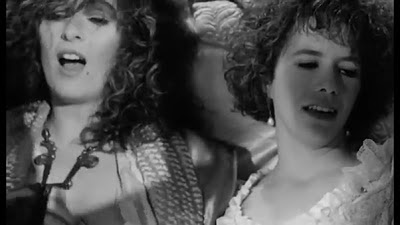 Michele Valley as the mother isn't anything special, but she's good. Meredyth Herold, who plays the daughter, is fantastic! She's a load of fun in her really kooky role!

For a while, the tortured detective is almost a non-entity, but his narration gives him pretty strong character, even if he doesn't bodily say a word in the entire film. 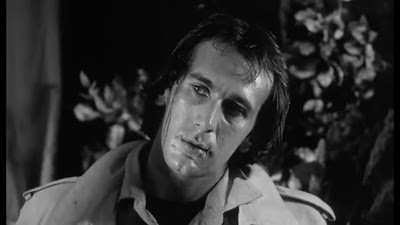 Every review of this film I've read talks about how gross and shocking it is, and really, I wasn't fazed by this movie in the slightest. Neither the puppies* nor the kittens*, or the adorable bunnies* left me disturbed or grossed out in the slightest. I guess I'm just hard to shock or disturb.

*Alternate, cute words were substituted in place of ones that might send people of weaker stomachs than me kittening all over the place. 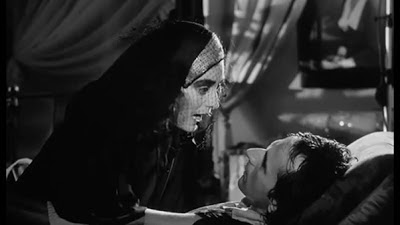 Singapore Sling is a homage to several noir films, mainly Laura. It's just a shame I haven't seen Laura. In fact, come to think of it. the only noirs I've seen are The Maltese Falcon, The Big Sleep, D.O.A. and Murder, My Sweet. That's it, so naturally I don't exactly have a keen eye for spotting homages to this particular genre.

So, I recommend Singapore Sling wholeheartedly, but only if you can stomach emetophilia, regurgitation, golden showers, and stuff of that ilk. If you can, you'll be treated to one deliriously kooky flick!

"And you see Laura on a train that is passing through; those eyes, how familiar they seem; she gave your very first kiss to you; that was Laura, but she's only a dream; so forget her, forget her, Singapore Sling"
Posted by Chris Hewson at 5:38 AM