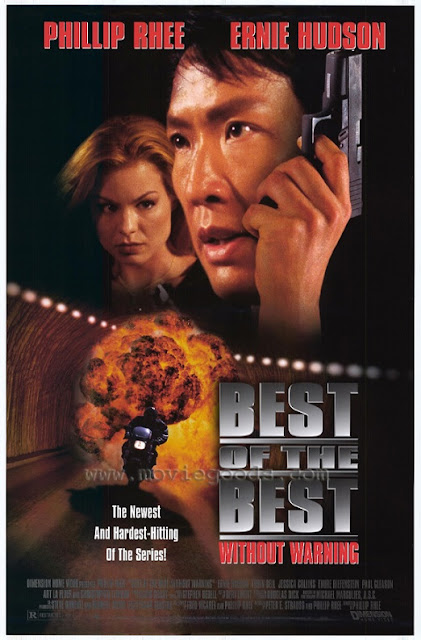 The Best of the Best series is the brainchild of Korean-American Phillip Rhee. The first two were tournament fighters co-starring Eric Roberts, and while they failed to make a huge dent in the box office, and earned the ire of stuffy film critics, they succeeded in finding the right audience. This earned the series two more sequels, direct-to-video, not only produced by Rhee and starring him, but directed by him as well! 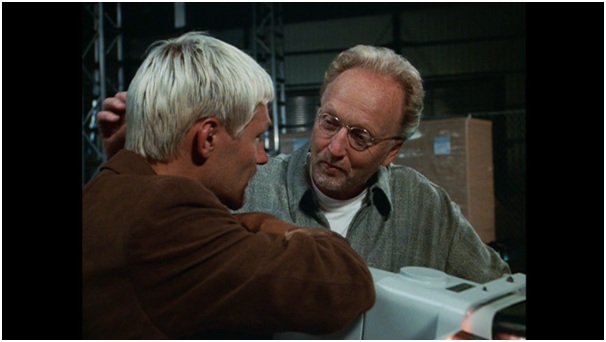 Tommy Lee is a mild-mannered single father and karate enthusiast, teaching the local police precinct self-defence lessons. Things take a turn for the worse when he finds a woman fleeing from gangsters. Tommy fights them off, but too late to save the girl's life, and in her dying moments she gives him a strange disc. Now Tommy finds himself targeted by both gangsters and the police, and must fight to save his life, and to rescue his captive daughter... 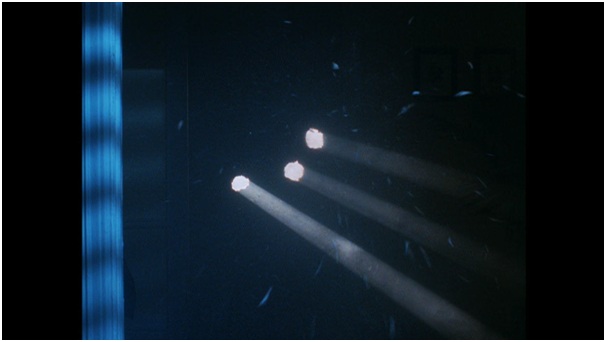 Best of the Best 4: Without Warning is a quintessentially 90s action movie, and an entertaining ride the whole time! The story is simple, and gets off with a bang. We're introduced to the villains and their counterfeiting scheme, one of their employees realises what's going on and tries to escape with evidence, the hero gets involved, his daughter is kidnapped, etc. It's all economical and well portrayed, and gives not only plenty of tension to the film, but some heart too.
Tommy Lee is a great lead, and his relationship with his daughter Stephanie is so sweet! It gives the movie something to fight for, and feel invested in. Beyond that he's a likeable guy, and interacts well with all those around him. 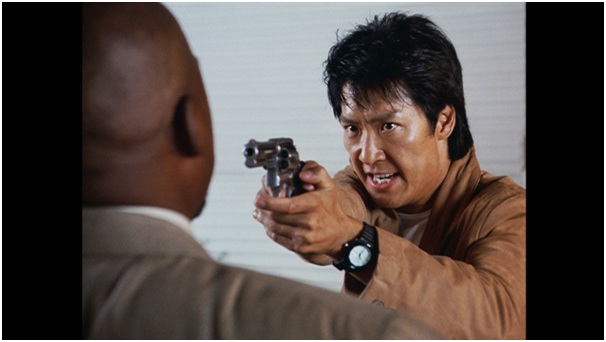 Detective Gresko is your typical stern police officer, skeptical of all that kung fu, and trusting too much in his gun. He's firmly against Tommy at first, until he uncovers the corruption on his squad, and begins fighting against the real enemy.
The villains are a pair of Russian mobsters, brothers Lukasz and Yuri Slava. They're fun bad guys, who get moments of almost cartoonish villainy, like playing golf with humans as targets. Each get moments of humour and familial affection that make them feel convincing. Another villain is a cop who's friendly with Tommy at first, before it's revealed he's in league with the gang, and gets killed by his own weapon. Lucky for justice, not so much for Tommy, who's now seen as a cop killer!
Yuri's girlfriend is slightly interesting. While villainous at first, she sticks up for herself when Yuri is openly cheating on her, but soon realises that a vicious gangster doesn't actually care about being faithful. Her gradual change of heart eventually leads her to switch sides, almost too late. It comes off well, even if I did feel like shooting her myself for not doing it sooner. 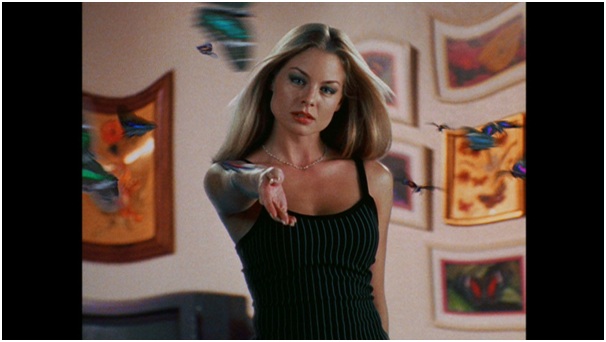 The action here is great fun. There's good fight choreography, many varied encounters, and cool karate moves! Tommy not only performs hand-to-hand combat, but gets involved in some chases too, including a particularly fun one that ends explosively. It's completely ridiculous, yeah, as is him fighting off a dozen guys all at once, but above all else, it's fun. And it's presented so earnestly that you believe it, even as you laugh at the cheesiness.
The climax is a good one, shot in a fun way in a neat location. And not only has some good action, but a hilarious moment when the villains are killed. 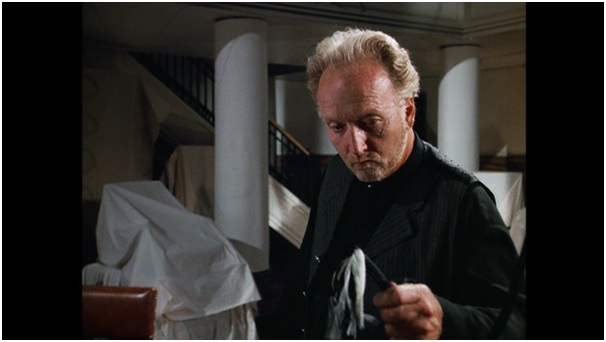 The cast in Without Warning is good. Ernie Hudson is a great presence as the gruff but ultimately accepting detective, and has good chemistry with the lead, both as enemy and ally. Tobin Bell of then-upcoming Saw fame plays a decent main villain, delivering a coldly ruthless performance, in contrast with Thure Riefenstein's more over-the-top one. They balance each-other well. Jessica Collins is good as the femme fatale. Paul Gleason has a fairly small but well fleshed out role as the friendly priest, and Art LaFleur pops up for a brief part too. And little Jessica Huang is adorable as Stephanie! 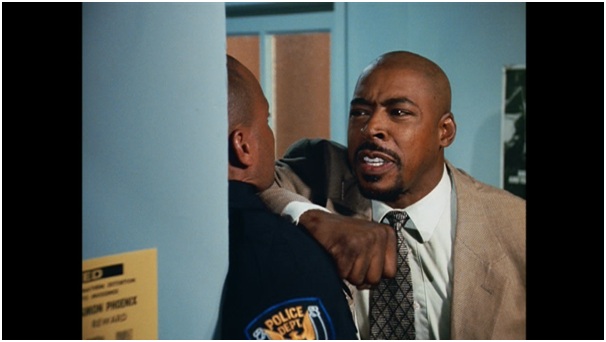 But best credit must go to Phillip Rhee. Not only is he a competent and likeable leading man, but he also manages to juggle performing along with directing and producing! And all while being Korean too! Not only is he an extremely positive influence, but the fact that a foreign leading man is able to speak as clearly as Rhee does is laudable. On the scale of Dolph Lundgren to Jean Claude Van Damme, he is still clearly Korean (wouldn't have it any other way), but at no point is his accent so strong you fail to understand him.
The score here is made up of your typical 90s action tracks, which all fit perfectly. There's also a surprisingly nice tune playing over the credits. It reminded me of Chrono Cross, if that means anything. 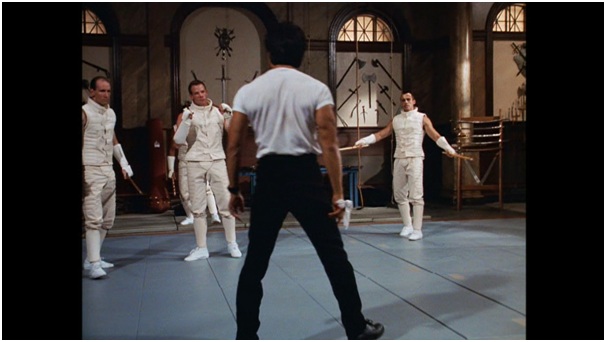 Best of the Best 4: Without Warning is a great time to be had! While the rest of the series is equally recommended (and I swear I'll get to talking about them someday!), this one in particular is a favourite of mine among this period of action cinema, and well worth checking out!...
Posted by Chris Hewson at 7:52 AM