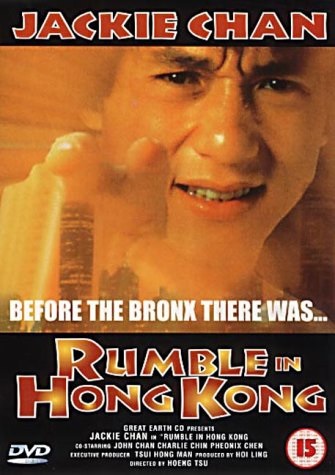 Before Jackie Chan was a megastar, he was like any other jobbing actor. He'd take any gig that paid well, and he had quite a few minor parts, before the studios realised they could have a new leading man on their hands. After which they promptly began making him into the next Bruce Lee. It's our luck that Chan sought to be unique, and instead of another copy, we got the world's next martial arts icon in earnest. And what happens when a new icon has a dozen minor roles to his name? Why, cash-in releases making it out like he's the star, of course!... 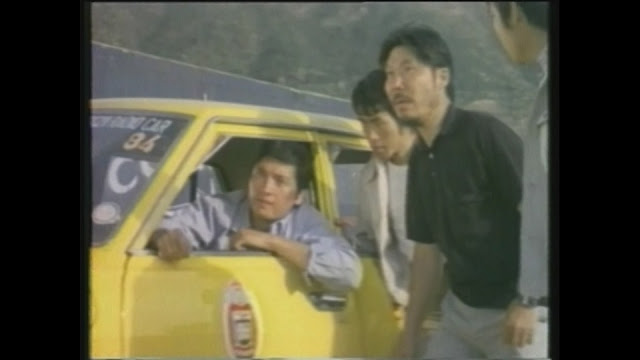 When a young woman dies in Chin-Chen's taxi after being pursued by gangsters, a series of events are set into motion. Before dying, the woman hid something in Chin-Chen's cab, and the gang keep harassing him for it. While he may not know what they're looking for, he's not going to take it lying down, and fights back, together with his colleagues, and a roving police woman...
Young Tiger, more appropriately known as Police Woman, and hilariously as Rumble in Hong Kong, is a fairly serviceable Hong Kong crime flick. It's a cheap and low-rent movie, but there's nothing egregiously bad about it as far as chopsocky cinema goes. Obviously you should never seek it out, not when there are so many amazing movies out there, but there is worse. 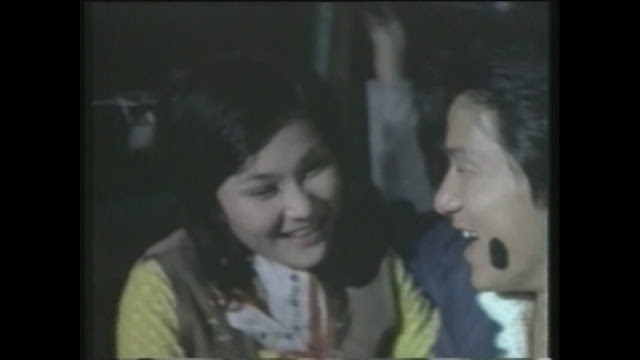 Chin-Chen is an alright protagonist, and his friends are ok. I felt sorry for their boss. He's just trying to run a business, but all his cabbies keep going rogue to bust crime syndicates! Look, I know you all wanna make a difference, but maybe do it off the clock?
Young Tiger's more peripheral hero (and bearer of the original title) is police woman Ho Wai-ma. She kicks ass, gets results, and makes for a much better protagonist! I wish she had've gotten more to do. It's half an hour before she appears consistently, but thankfully she's a constant presence by the last act. I quite liked the friendship she strikes up with the crime lord's druggie woman, initially sent as a spy. It was a sweet and well-portrayed relationship, even though it comes late in the picture. 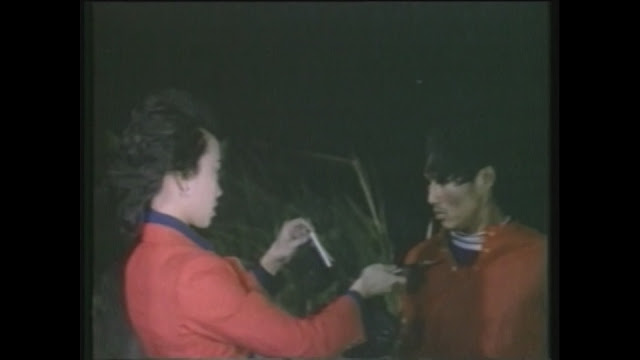 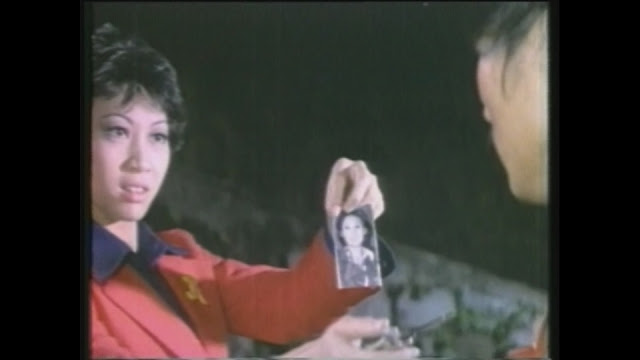 The villains are typical gangsters. Little substance, which can be fine in a movie like this, as long as they're fun. They're a bit on the dull side here, but not horrible. The most notable thug is Jackie Chan's character, not because he has a particularly big role, but because of the absurdly large mole on his face! It's distracting, and when the hero does comment on it, the police responds by saying "So what? Lots of men have got moles." Not the size of a bloody pikelet though! 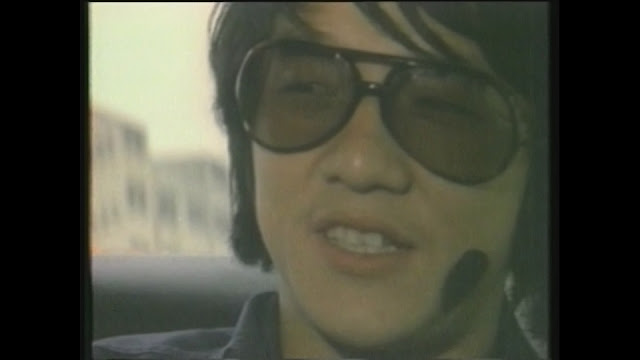 The worst scene (or best, depending on your enjoyment of corny drivel, or opinion regarding society's ills), is when Chin-chen and his fellow taxi drives have a discussion about what's wrong with kids these days. The scene is so overly preachy and un-subtle, heavily blaming books and films for having a bad effect on the morals of 'today's' youth. Hey, I resent that! Also I feel it's a little rich when a crime movie is moralising about how crime movies are responsible for corrupting the youth. 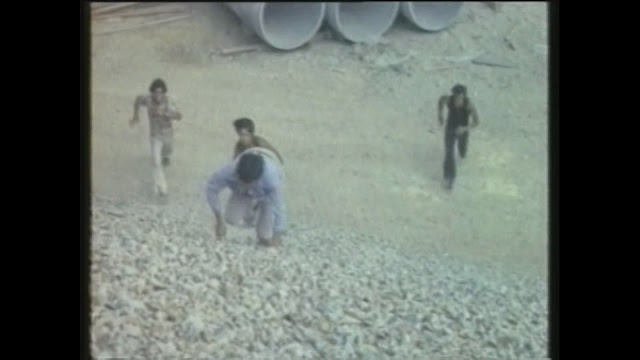 The main message of the movie is actually a decent one, about how it's up to us to help make a change in the world, rather than just go on by and ignore anything rotten. That only a contributing effect can cause any lasting change. Which is a good message to teach. A shame the rest is so hamfisted. 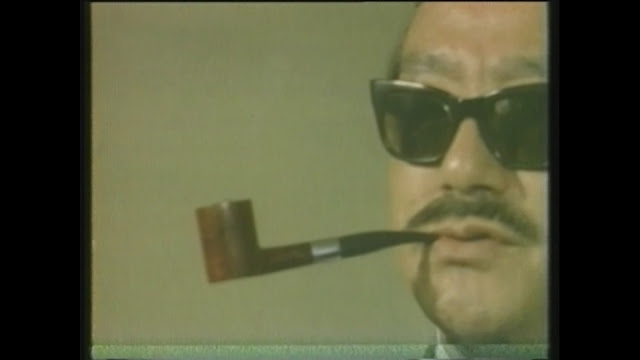 There's some other amusingly corny dialogue here too, such as the whole 'pregnancy' exchange, or the golden line "You're not a nice person. If that's what you were, why all the bodyguards? And the secret tunnel, and hidden doors? Nice people don't have those".
The action here is fairly basic. It's watchable stuff, and I did enjoy a couple of scenes, mainly due to the setting. Jackie Chan's involvement is minimal. He throws a few punches in a couple of scenes, and that's it. You wouldn't expect any more from a supporting gangster, but it is amusing considering where he'd soon be.
The cast is likewise fairly standard, but beyond Chan there are a few familiar faces of Honk Kong cinema, including a young Yuen Qiu! You may know her as the landlady from Kung Fu Hustle, and she kicks a good amount of ass here! 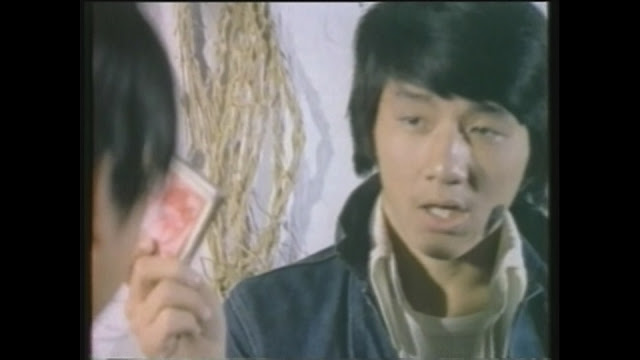 Lastly, the music is nothing to write home about, except for one track! It's a nice melody, even if it is cut short when it garbles out of existence. Apparently it's an existing song (who would have guessed) called The Rising of the Moon.
Overall, Young Tiger isn't a great movie as far as 70s HK kung fu is concerned, but for what it is, it ain't half bad, and worth checking out as a brief popcorn flick...
Posted by Chris Hewson at 7:46 AM