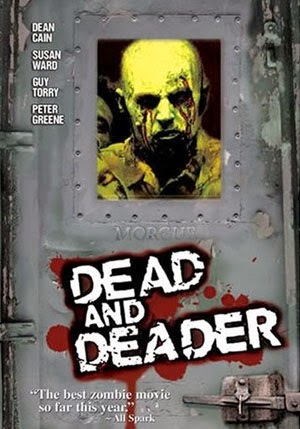 Since appearing in Lois and Clark's All New Adventures, Superman has had a prolific film career in the Direct to Video market, and for good reason-he's fun, charismatic, and he picks entertaining movies to be in! If you want to watch a recent Jim Wynorski (Deathstalker II, Chopping Mall, etc.) film that's not a mindless sexploitation flick, then watch his offerings with Superman!

And so I come to the movie I'll be talking about tonight, 2006's almost House of the Dead sequel Dead and Deader... 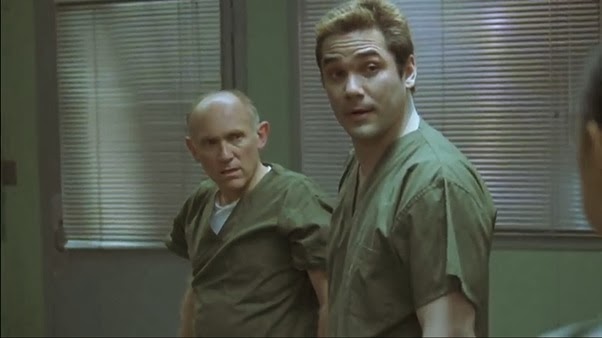 A military team comprised of Lt. Bobby Quinn (Superman) and three others have been deployed in Cambodia to investigate an aid facility, which they find mysteriously dilapidated. Soon enough, they're attacked by flesh-eating zombies. The squad holds them off at bay, but a lone survivor of the camp lets off a grenade to kill the undead, and everyone dies. Later, as Bobby, now in American military base Fort Preston, is about to be autopsied, he suddenly wakes up. Despite all his vitals telling him he's dead, he's alive and perfectly fine, and even has enhanced abilities, like super strength. He almost loses it all when a strange scorpion inside him tries to burrow to his heart, but he cuts it out in time and kills it. Sensing that his comrades weren't so lucky, he locates one of his squad, now a zombie, who's in the kitchen attacking cook Judson (Guy Torry). Together they kill the zombie and the people it's bitten and turned, but the head of the base thinks the two are murderers, and they go on the run. Now fugitives, Quinn, Judson, and new accomplice, barmaid Holly (Susan Ward) have to find the last source zombies, and get to the bottom of what's going on... 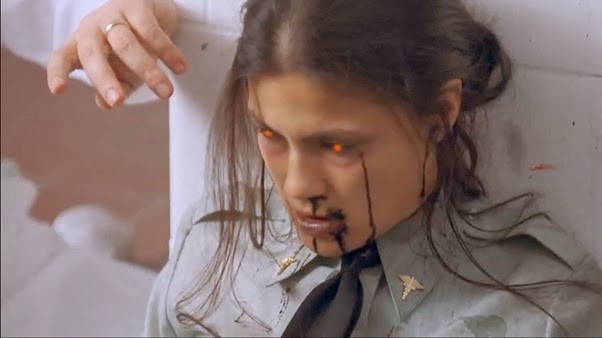 I had a lot of fun with Dead and Deader. It's an extremely entertaining watch!

The movie's sort-of a horror-comedy. The movie's plot is serious, but characters are jokey and pretty lighthearted, in a good way. I especially like humour like this as it's exactly how I write crime stories-The plots are always serious, but I always have fun with the characters.

Some people feel that the movie is full of weak jokes, but I disagree. True, the lines never put me into hysterics, but I felt they were moreso lighthearted than outright ha ha funny. It kinda reminded me of comic series The Second Life of Dr. Mirage in that way. There are some pop culture references, which I didn't mind, even if they aren't exactly subtle sometimes (heat vision, Dawn of the Dead comparisons). 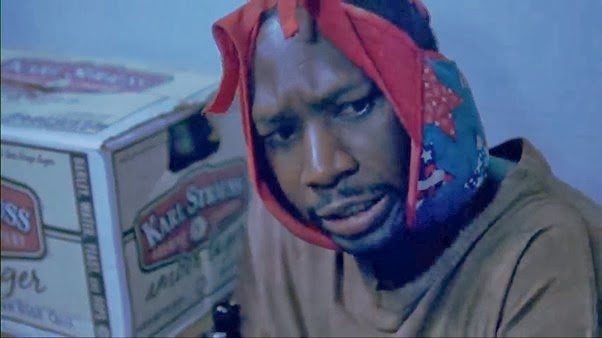 The plot is relatively simplistic. Point A, to Point B, to Point C, and back again full circle to Point A. Though Dead and Deader's biggest problem lies with the plot. Why don't the high-ups of Fort Preston believe Bobby's report on what happened with the zombie soldier and the mini-outbreak. It doesn't make sense why they don't believe him-There's three zombie corpses, weird dead infecto-scorpions, the coroner's report, the other coroner's report, the coroner (remember him? He ain't dead!), and Superman himself-just check his pulse!

One thing I definitely liked is a subtle (and I do mean subtle) foreshadowing to the film's climax, which I found very effective! 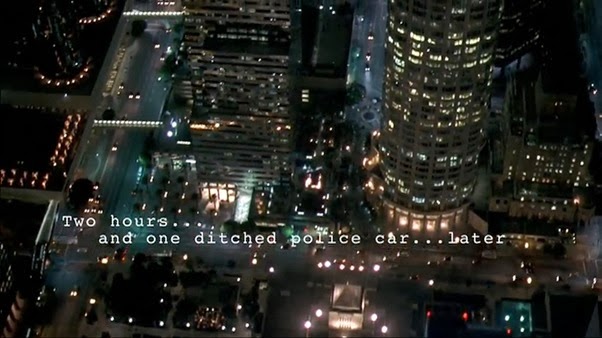 Bobby Quinn is an entertaining lead, and a well-written character. Nothing Shakespearean, but still good. Obviously Superman's good in the role. He's always fun to watch. Especially funny is the goofy voice he gets when he goes meat hungry (a nasty side-effect to Quinn's living dead-ism).

As for other characters, the villain isn't it the movie until the last third or so, but there was good dialogue, story, and implied backstory behind the character.

Also, I think it sucks that a...certain character...dies near the end. I liked her. I felt she was a good fourth person to the team. 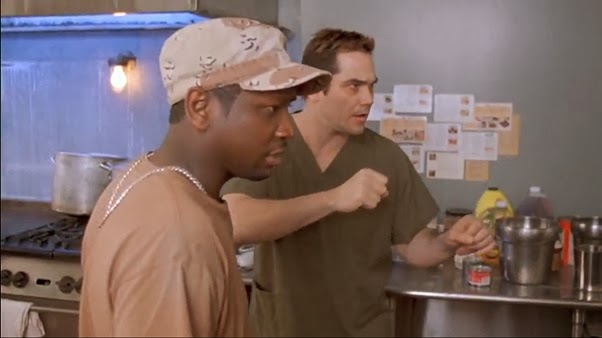 The acting's all good. As I said before, Superman makes for a likeable lead, Guy Torry is a fun sidekick, as is Susan Ward as Holly (and we see her in her panties, so, *wolf whistles*!). Armin Shimerman is in the film briefly and his character just vanishes without mention, and Natassia Malthe is ok. Also, apparently Brent Huff is in this movie somewhere-hot damn, I'll have to keep out a sharp eye next time I watch this!

The zombie make-up is good, and the gore is fine. There's plenty of it! Not a lot, but enough. 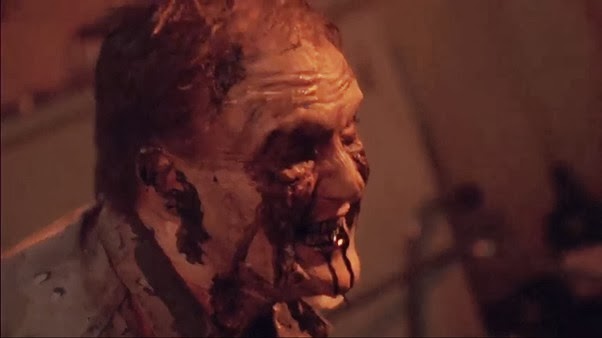 The score is pretty great, although I didn't much like the song that played over the ending credits.

As this is a made-for-TV movie, a lot of the scene transitions are TV style fade to commercial break. Some are awkward, but they're fine for the most part. Also, this film has an opening credits sequence! And I don't mean just blank text over the movie, but an actual credits sequence! Good for a TV movie, and impressive for this day and age! Granted, this movie was made eight years ago, so maybe opening credits were still a thing back then. They sure aren't now! There's nothing, no credits or title cards, in movies these days (maybe a credit sequence at the end), and with DVD releases, they just add a clumsily edited title card. 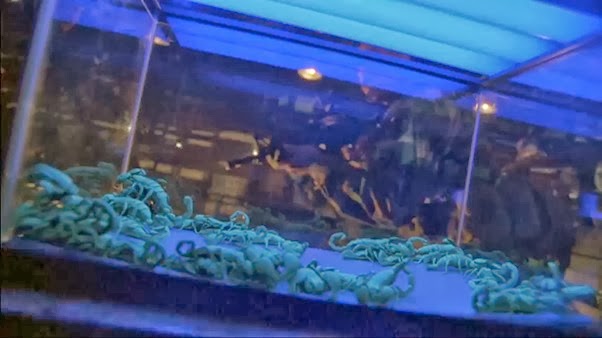 I highly recommend Dead and Deader. It may be no Shaun of the Dead, but I'll take zombie action comedy any day of the week! I love action! Another thing I'd like to recommend is that you watch this along with Dead Heat! They're a perfect double feature!

Oh, and I suppose I should probably refer to Dean Cain by his real name at some point.... 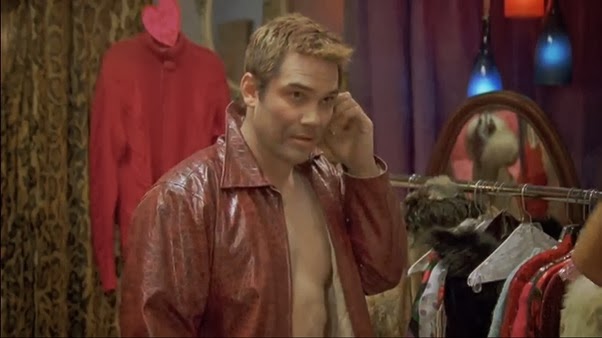 This post is for The Shortening, a blogathon set up by Emily of The Deadly Dolls House of Horror Nonsense.
Posted by Chris Hewson at 8:17 AM