Lo (2009) [The Deadly Doll's House of Horror Nonsense's The Shortening] 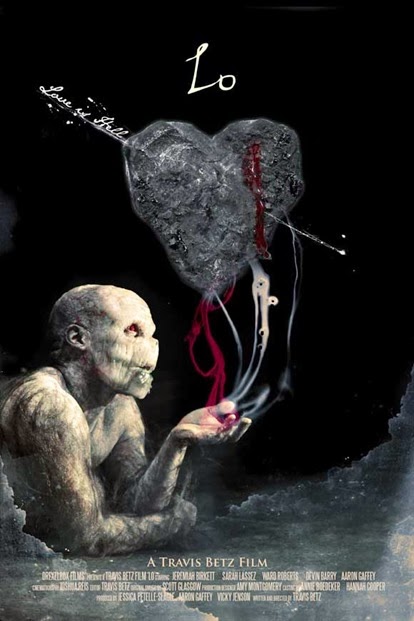 A guy named Justin travels to hell to find his girlfriend April, who was kidnapped by demons. Justin summons demon Lo, and asks it to find April, a request the creature finds laughable. Despite Lo's attempts to dissuade him from his search, Justin is adamant about finding April, and may find out more than he bargained for... 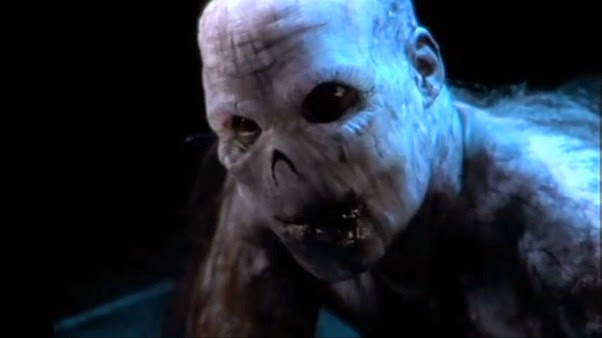 Lo, a 2009 black comedy-horror by Travis Betz of the internet comedy troupe The Babyeaters, is definitely a film I enjoyed from beginning to end!

The film is very minimalistic, as it's all set in the same place, with total pitch blackness surrounding the character of Justin. There are a couple of flashbacks, and a musical number,but they're very play-like, and still shot in the same place as the rest of the movie. When we do finally see a real location at the very end, it's a bit trippy. The play feel for Lo is effective and different than what one usually sees in movies. 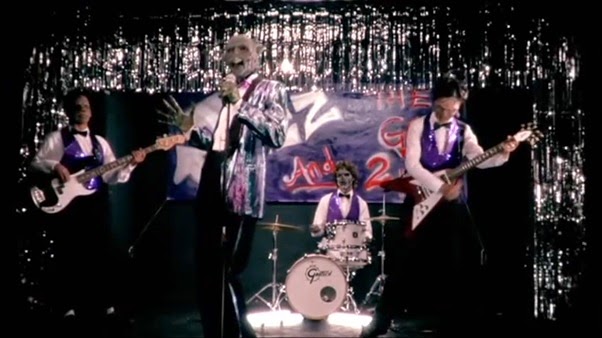 The film has a disturbing tinge to it, what with being set in hell and all, but it's also very funny, and full of dark humour. The demons are hilarious, from the dialogue, to the delivery. Actors Jeremiah Birkett (Lo) and Devin Barry (Jeez) do great jobs!

The rest of the acting is definitely good. Ward Roberts makes for a likeable lead, and Sarah Lassez is good at being both quirky and serious.

Lo's voice is a little hard to understand sometimes, but mostly, he's fine. The same goes for the kickass song sung by demon Jeez. It's hard to make out what's being sung at first, but you'll be able to understand most of it just fine, and you'll want to. It's great fun! 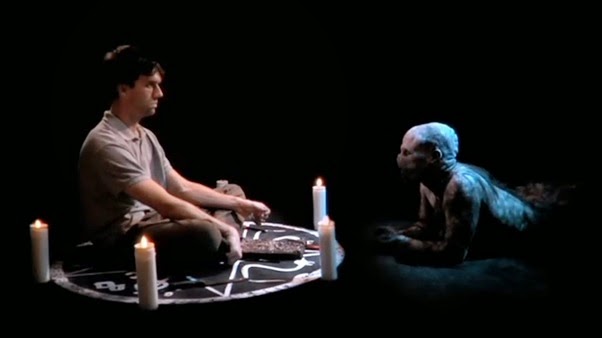 The demon effects (practical-no CGI on display here) look great! They're seriously on par with the likes of Hellraiser, which is especially impressive, given the seemingly micro-sized!

Unfortunately, not all the effects in Lo are good. The props in the curtain scenes of the musical number were less than convincing, even for the play-like nature of the film, and that scene in particular.

The plot is great! The ending doubly so! This film manages to be funny, disturbing, and sad, and it never feels confused or cluttered with its tones. 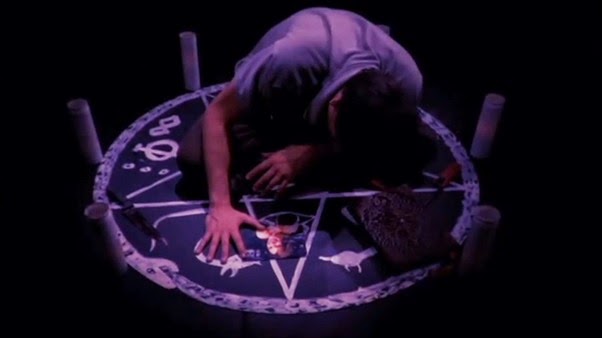 That's all I have to say about Lo. Given the kind of film it is, it's not really one I can talk about at length. I recommend it wholeheartedly. You need to watch it! Right away! And then watch it again!


This post is for The Shortening, a blogathon set up by Emily of  The Deadly Dolls House of Horror Nonsense.
Posted by Chris Hewson at 7:56 AM