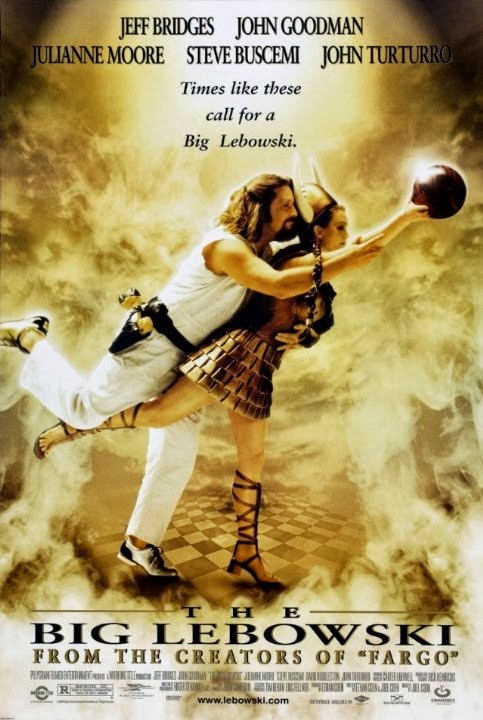 The sad thing about cult classics is that because of their very nature, they're films that were barely glanced at at release, and only gained appreciation several years after the fact. Thankfully, when it comes to certain movies, this has happened sooner than others, such as 1998 comedy The Big Lebowski... 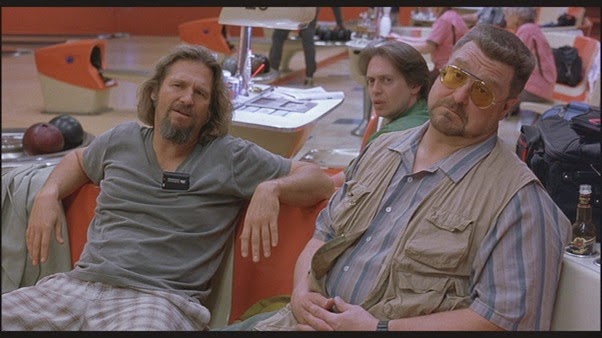 Jeffrey "The Dude" Lebowski is a lazy guy who does nothing in life but lounge around, and hang out at the bowling club with his friends. His idyllic life is soon interrupted when a couple of thugs come to his house to take some owed money, only to realize they've got the wrong Jeffrey Lebowski. The Dude finds the Lebowski the thugs were looking for (an elderly rich societal elite with a young trophy wife), and is intent on getting his defaced rug replaced. He's rebuffed by the crabby businessman, but is later called back over when Lebowski's wife Bunny has been kidnapped. Thinking the culprits may have been the thugs who raided The Dude's apartment, Lebowski hires him to perform the ransom drop, in the hopes that The Dude can identify the kidnappers. Things go wrong, however, and as The Dude investigates all over town, he realizes that this kidnapping case isn't what it seems in the slightest...

While not very successful at the box office during its 1998 release, The Big Lebowski quickly gained a huge cult following, and is now an extremely well-regarded film. Some view it as simply an awesome comedy, but others have many varied theories on what the film means, and what its underlying themes are. Some of these theories are the pretentious crap you'd expect, and some just seem like people reading too much into things, but others actually seem valid, such as the themes of emasculation. Whatever you think, almost everyone can agree that it's a very well-written movie! 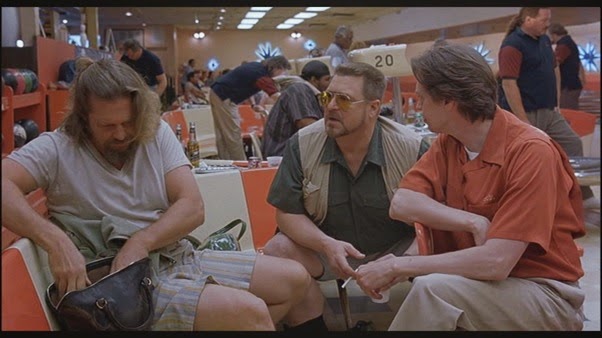 The plot to Big Lebowski is all over the place, in a good way. There's a lot of different plot threads, and almost all of these are never resolved, or even brought up again. With another film, this could end up backfiring drastically, but with The Big Lebowski, it works! Granted, some may not feel the same as I do

The dialogue in The Big Lebowski is what people remember most. It's an insanely quotable movie, with many hilariously funny lines! The dialogue is scattershot and deliberately repetitive in places, which adds to the offbeat feel the movie has going for it.

The movie has two surreal dream sequences in it, and not only are they hilariously weird, but are scored really well too! 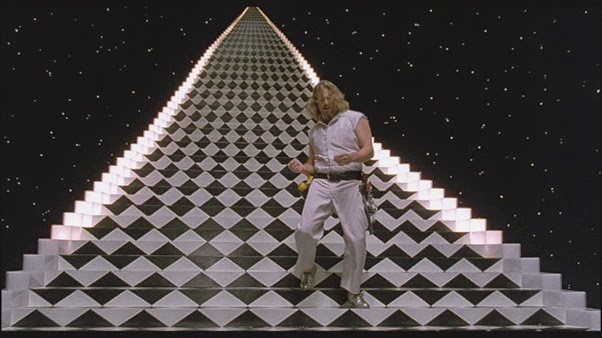 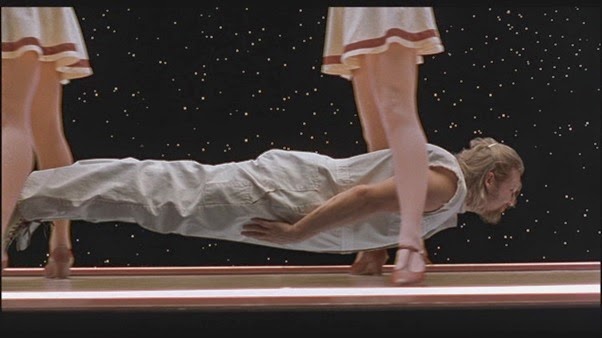 The varied soundtrack is great, ranging from Tumbling Tumbleweeds, to that la la la song, Just Dropped In to See What Condition my Condition Was In by Kenny Rogers and The First Edition, a hilariously goofy Spanish flamenco version of Hotel California, Creedence Clearwater Revival's Looking Out My Back Door, and many others.

The acting is all very good, with each actor playing extremely distinctive and varied characters, such as David Huddleston as the 'rich' Grump Lebowski, Philip Seymour Hoffman as his sycophantic lawyer, Sam Elliot and his glorious MOUSTACHE as the film's narrator, to Julianne Moore as the eccentric artiste Maude, John Turturro as the crazy bowling pervert Jesus, Jeff Bridges' fantastic performance as The Dude (watch this, Tron, and Starman as a triple feature, and you'll see how varied an actor he can be), John Goodman as the hilarious and borderline crazy Walter, and many more. The only actor I feel is wasted is Steve Buscemi, who mainly just sits around. 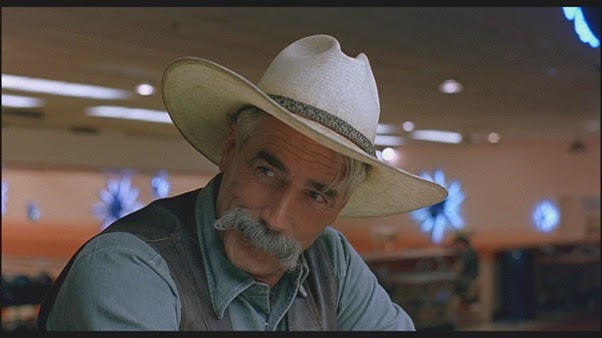 The Big Lebowski is a comedy classic, and it's a shame I took so long before finally seeing what all the fuss is about. I highly recommend it, and I'll also leave you with the advice that if you're a cab driver, and you put on The Eagles, if your passenger complains about your choice in music, you absolutely need to kick their ass out onto the road!...
Posted by Chris Hewson at 7:27 AM