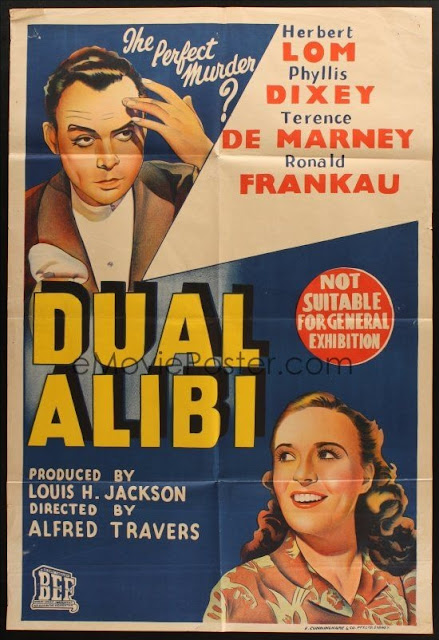 A fact of life that must be regularly reiterated is that Herbert Lom is awesome. Most remembered for his pivotal role in the Pink Panther franchise, the man was an acting legend for well over 50 years! I recently found out something particularly neat-Dual Alibi, a 1947crime/noir starring Lom in a double role!... 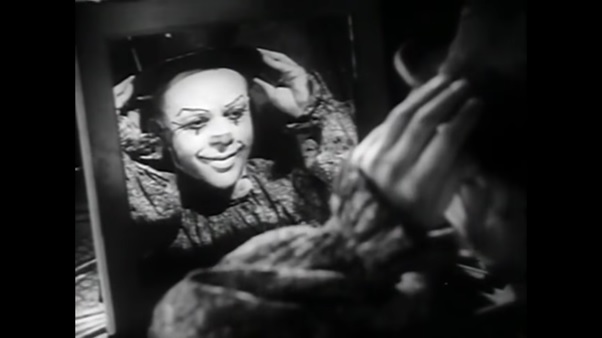 In a run-down circus, on a dingy rainy night, circus manager Vincent Barney recognizes one of the vagabonds working as billboard men as one of the famous Delisle Twins-Jules and Georges. Many years prior, the duo were the talk of the town with their trapeze act. Things go wrong when they win a lottery for 1 million francs, and a skeezy publicity agent gets his girlfriend to romance Jules, steal the ticket, and turn the brothers against each-other, hoping to ruin their act. The brothers catch on, but far too late, and the damage has already been done. With very little left to lose, they vie for revenge... 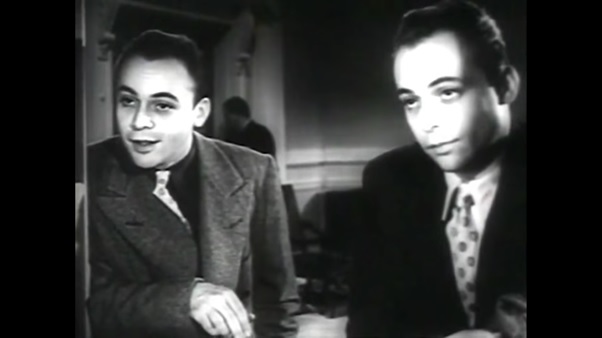 Dual Alibi is incredibly depressing! The first half is happy enough, but tinged with the knowledge that things are going to go terribly wrong, and once that starts happening, things are even worse. It's kind of a tough flm to sit through at certain points in that regard. That aside, this is a well-written movie, with nice pacing, and story progression.

What surprised me most is that the film actually leaves nothing to guesswork, and explains everything, but does so in an effective and emotional way. While it would've been just as effective never knowing which brother committed the murder, and the X who Xed while Xing, the ending we get thankfully doesn't rob Dual Alibi of its subtlety. 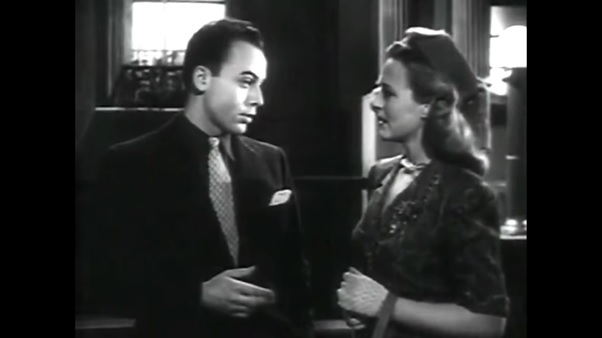 While it's not a bad one, the title does kinda spoil how the final act is gonna go (the clumsy namedrop is also not appreciated!). Speaking of the final act, if the twins were set on killing Mike, it would've been better if they'd done so covertly, rather than what they actually end up doing.

Something that I'm still a little perplexed by with Dual Alibi is its genre. Is it simply a crime-drama, or a film noir, too? Many sources online consider it that, but me? I dunno. I suppose given the movie's dour tone and conclusion, it would come under the noir genre, though I'm not sure. I'm not the most knowledgeable person on the subject. 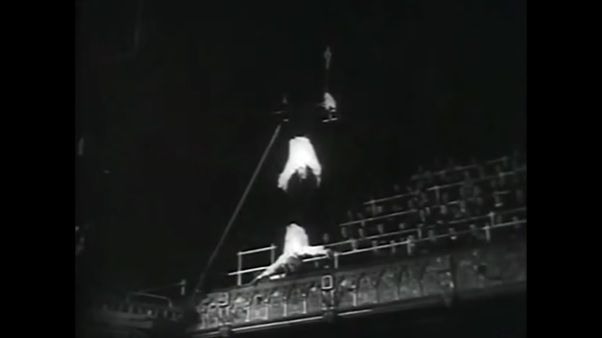 There are a couple of silly things to this move. First is the terrible proposal scene! A minute prior, Jules tries to kiss Penny, but she coyly rebuffs his advances, saying that people are watching. Next scene, he says casually "I know people are watching, but will you marry me?". What?! The dude doesn't even bother kneeling, making a grand spectacle out of it, or even so much as changing his tone of voice from 'casual'!

It's also amusing how when the DeLisle twins catch up to him after he stole their lottery ticket and cashed it in, Mike boastfully proclaims to them that the police won't be able to prove anything...As he and his girlfriend sit at fancy restaurants, in expensive clothing, flanked by legions of hired bodyguards, and generally throwing money about. Yeah, I'm sure the police won't put two and two together and come to the conclusion that you stole the million dollar ticket.

Finally, I wish Penny's character arc would've gotten an ending. Once the brothers know they've been betrayed, she barely appears, or says much. Rather a shame, considering she was a little conflicted about doing what she does, but the movie never delves into this any further. 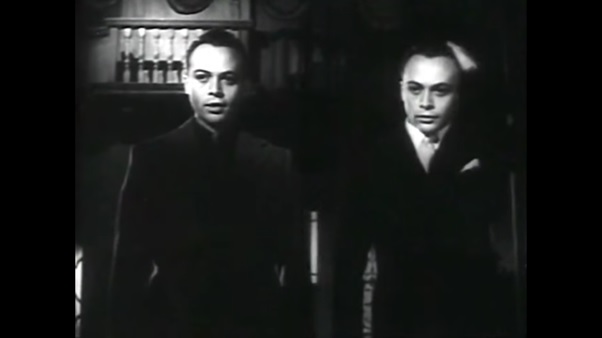 While not as lively as his turn as, say, Chief Inspector Dreyfus, Herbert Lom still delivers a very good performance, doubly so given its dual nature! Not only did the guy have to act two whole parts, he manages to make the brothers each distinct enough to not just be two of the same person. As for the effects of the double act, I have no idea how they managed it in 1947! What I do know is that whenever possible, the Cromwell twins were used as stand-ins, as well as performing the trapeze scenes.

By the way, even as early as 1947, Lom still had really great enunciation, and an almost British accent! You'd never guess the guy lived in Czechoslovakia for over 20 years before moving to England! 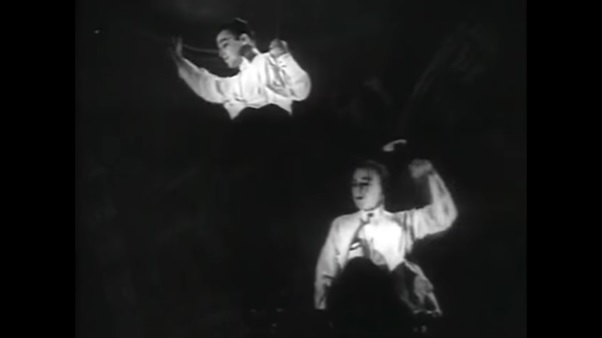 The rest of the acting is pretty decent, from vaudeville and radio performer Ronald Frankau, to famed nude tableau performer Phyllis Dixey as the duplicitous Penny, and Terence de Marney as Mike, the film's villain.

In the end, I suppose this is worth watching for Herbert Lom, but goshdang, it's a miserable film to sit through!...
Posted by Chris Hewson at 9:51 AM