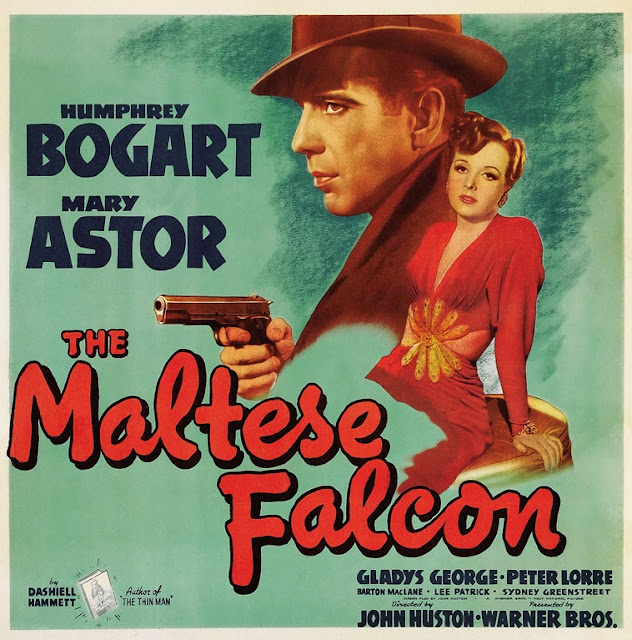 Private eye Sam Spade is in for the case of his life when his partner is murdered, and he's dragged into a case involving a mysterious statue of a bird, which numerous deadly parties wish to acquire, from the skeezy Joel Cairo, the sinister 'Fat Man', and the beautiful Brigid O'Shaugnessy, who might not be as innocent as she appears... 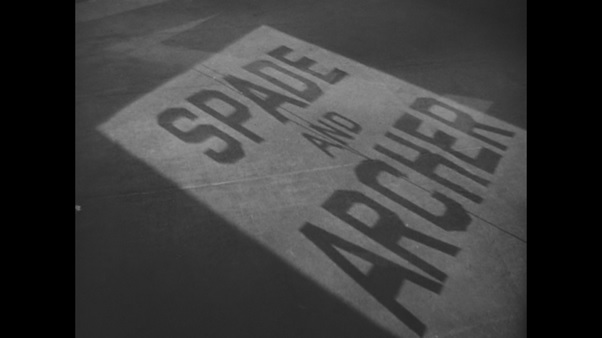 The Maltese Falcon is a really good film, though I hesitate to say it's one of the greatest films ever made as others do. Nothing against the movie, it's just that I don't see it as quite that great

The plot is Noir 101, and I have a feeling it was hopelessly cliched even back in 1941, but it's not just the story itself that's why this movie is as appreciated as it is, but everything coming together, from the masterful direction by John Huston (in his debut, too!), to the variety of distinctive performances.

Sam Spade isn't all that great a protagonist though, as he's more reactive than proactive, and does very little (if any) investigation. I also don't much like how talky the plot ends up being. Very little actually happens. It's really the characters who manage to bring it to life, though unfortunately much of their screentime is spent talking indoors, rather than actually doing much. In fact, whenever stuff does actually happen, it's usually offscreen! The ending also underwhelmed me. Very little seems to have been accomplished, and the story feels quite pointless. Other issues I have with the film are that we see very little of Miles Archer before his death. After the first scene in which he appears, with not much dialogue, the movie immediately cuts to him getting shot in the street. The absolute worst thing in my eyes with the story is in how it's ridiculously convenient that a character who never appeared prior just happens to show up at Sam's place with the falcon. Sure, we learn who they are and it eventually ends up making sense, but too little too late for me. 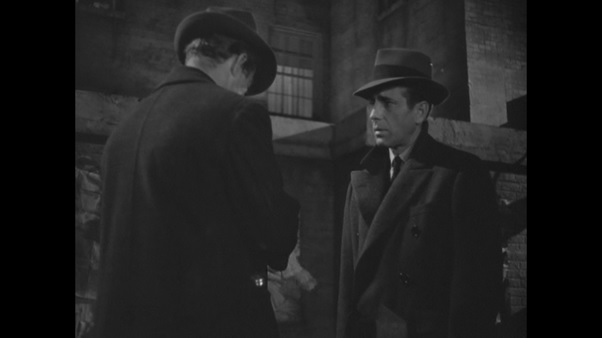 The femme fatale here is good, if a bit obvious, and she's never that convincing with her wiles given how little she manages to get done, and how little trust everyone has in her right from the get go. The villains fare better, with Joel Cairo being funny,  though he does repeat himself a bit too much.

I found myself liking Polhaus and Dundee far more than Spade. They're two honest cops trying to do their jobs, one even trying his best to be friendly and accommodating, all while Sam Spade treats them like dirt and doesn't let them in on anything, insulting them, etc. It sure was gratifying when Dundee actually strikes Spade in the neck! Something I'd find neat would be if there was a Rosencrantz and Guildenstern Are Dead type side-story, telling the story the two policemen's viewpoint. Hell, it can't be any more offscreen than Sam's take on events. Maybe they even had more involvement, and he just didn't know because he's a schmuck! 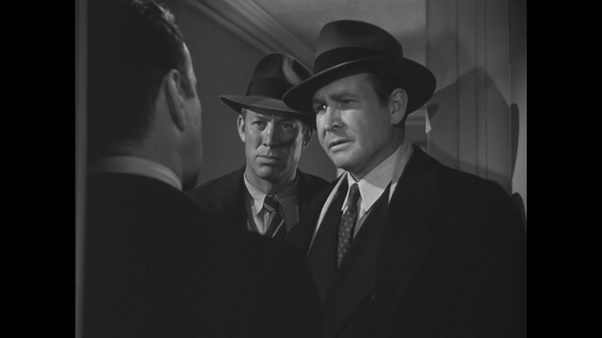 One random thing I found amusing with the film are the somewhat clunky phone conversations, which usually have characters repeating what the inaudible voice on the other line is saying, for the benefit of the audience. I also had a chuckle at the 1940s style slang with words like 'Horsefeathers!'.

The Maltese Falcon had quite the trouble with censors, 'thanks' to the Hays Code. Toned down from the book, as well as the 1931 adaptation, but it still managed to sneak some stuff past the radar. Some of it's even pretty overt, too. 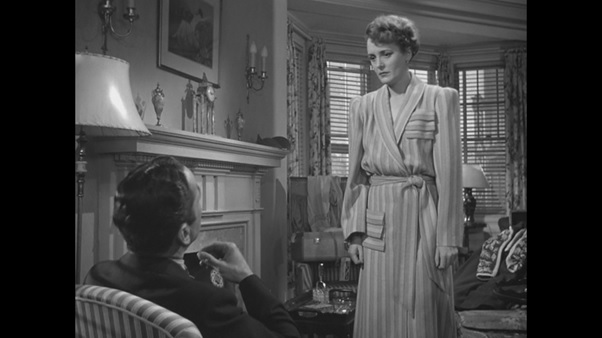 Amusing sidenote. Whether or not a writer of any sort of detective fiction uses the word gunsel in its correct context is a pretty good gauge of seeing if they know what the heck they"re talking about. I've seen it misused many times, even in a Harry McGraw episode of Murder, She Wrote, where it seems the writers assumed the word meant something like 'gun-hand', not realising that a gunsel is a slang term for a young gay guy in a relationship with an older man.

The acting in The Maltese Falcon is fantastic! Humphrey Bogart fits his role perfectly, while Mary Astor is convincing as the faux 'waifish and terrified' Brigid. Sydney Greenstreet is equally perfect for his role as Bogart was for his, leaving a great impression as Gutman. 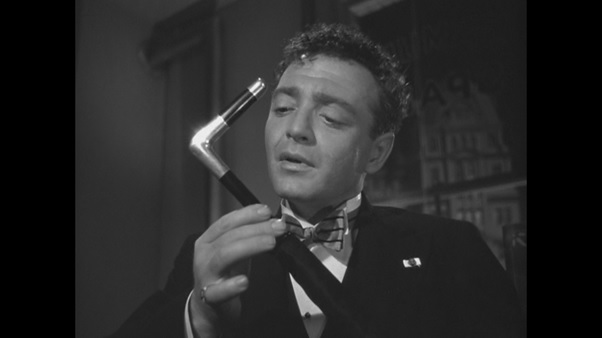 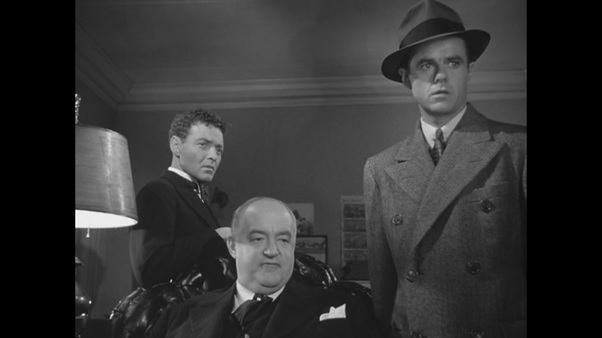 The surprisingly young Elisha Cook Jr. is good as Wilmer, and despite being a pretty put-upon character by Sam, he's actually surprisingly intimidating in the role! Not by a whole lot, but definitely not just a wimpy push-over, and not like the characters he'd most often end up playing in later years. Ward Bond and Barton MacLane are enjoyable in their roles, getting some fun lines to chew on. Finally, Lee Patrick is nice as Effie, making the most of her relatively small role.

As an adaption, his seems pretty faithful to Dashiel Hammet's novel, but it's a bit tamer in comparison. I'm glad they left out Effie's final scene from the book, which was bullshit, but I wish they'd written something to take its place. I'm also less pleased by the omission of both Wilmer and Gutman's fates, as that wrapped up their character arcs pretty nicely.

I may have some issues with it, but The Maltese Falcon is still an all-time classic of not only the noir genre, but cinema overall, and well worth watching!... 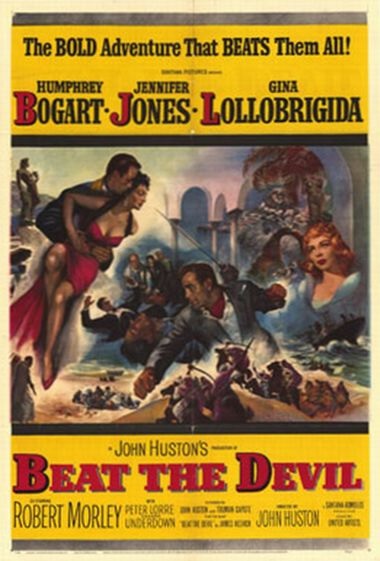 Newlyweds Harry and Gwendolen are vacationing in the French/Spanish/Italian countryside where they meet Billy Dannreuther, an alluring gangster, working with three other unscrupulous individuals in order to secure a land deal in Africa that has tons of money tied into it. Gwen decides to throw her lot in with Billy and co., leaving her husband alone to try and stop them...

I...didn't get this movie. Or perhaps there was nothing to get. I was really looking forward to it, expecting to love or at least like it, but...ummm...

To start with, I didn't dislike Beat The Devil at first, so much as I simply didn't take to it. It had its funny moments, but the story wasn't really grabbing me. As the film rolled on though, I was less impressed, before mild disinterest gave away to outright boredom. 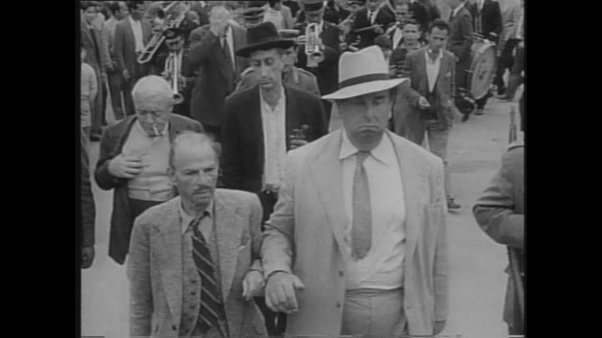 What it is that I don't understand about this film is that I went in with the understanding that it was a partial spoof of The Maltese Falcon, and the noir genre in general. That's why I'm reviewing it as a double bill with that movie. Now, Beat the Devil is a comedy, sure, but a parody? I'm not so sure. It doesn't seem to be sending up anything that I could notice, be it specific movies or books, or tropes themselves. As for its relationship with Falcon, I watched the two films back to back, and besides the presence of Bogie and Lorre (and possibly Robert Morley as a Sydney Greenstreet stand-in), I spotted zero resemblance to The Maltese Falcon. Not in story, or tone, not in cinematography, and not in the acting. Only in the casting does it bear even the slightest resemblance to Falcon. Beat the Devil also has fuck all resemblance to the film noir genre, too! If anything, it's just a goofy crime caper, and even then, it's more of an outright comedy rather than a parody of serious crime capers. 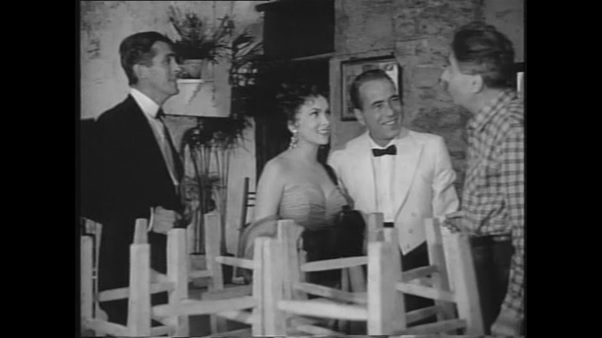 Beyond that, I didn't much like Beat the Devil for its scattered nature. It was reportedly written on a day to day basis, and I can believe it! That would definitely explain the aimless and rambling feel the film's script has, and why it seems to deteriorate the further it goes on. Like I said, this is quite a witty film, but only up to a certain point. It's as if the writers just got a bit tired, and couldn't be bothered keeping the movie up to quality. What started as a semi-decent film ended up as quite the slog, and by the time the characters wash up in a Middle Eastern country and are taken prisoner by Arabs, it feels like we're in a completely different movie!

*That whole section actually kinda reminded me of Sleuth! I thought at first that the Arabic official was maybe Harry in disguise, but that's not the case. 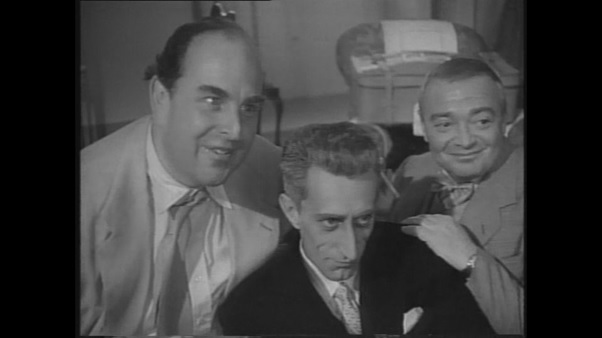 Onto the characters. They're a mixed bag. We start with the group of varied criminals, in personality, and nationality, and they're fun, but feel a bit underwritten at times. Bogart's character, as well as his wife fare better. Funnily enough, at the start, Gwen was my favourite character, and Harry my least favourite, then slowly but surely, they switched, and I grew to dislike Gwen, and like Harry most of all! Pretty much every main character in Beat the Devil is an irredeemable scumbag, even Gwendolen (Hell, especially Gwendolen, as she doesn't have the excuse of being a criminal to fall back on for her horrid behaviour)-All except Harry. He's the only good person in the cast (with Maria being right behind). Unfortunately he vanishes offscreen 20 minutes before the end, and we never see him again! 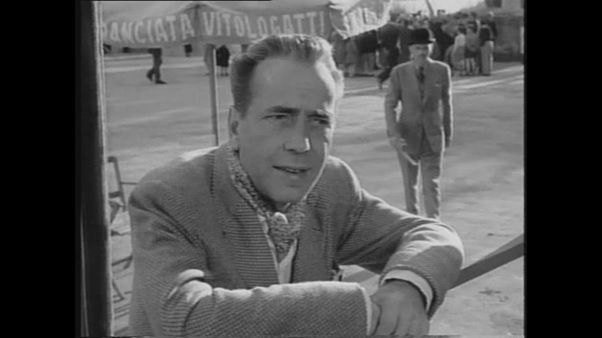 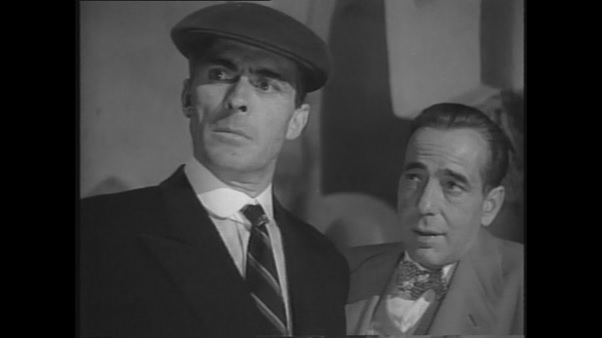 The acting is very good, with many fun performances. Bogart was reportedly in a car accident midway through production, and lost a few teeth, necessitating the crew to hire someone to dub his voice in certain lines. Some sources say that man was Peter Sellers! Gina Lollobrigida is highly amusing as the English-loving wife of Billy, while the standout for me was Edward Underdown. Peter Lorre is good, as you'd expect, but unfortunately the movie doesn't quite use him to his full potential. Lorre barely says a word in the whole last third of the movie! Also, this film is a bit depressing to watch, as both Bogie and Lorre look decades older, despite looking so much younger in The Maltese Falcon, which was only a few scant years prior. Those two aged pretty roughly! The rest of the acting is decent enough, though the captain of the boat the characters journey on at the midway point is incredibly annoying!

The direction here is decent, as expected when someone of the calibre of John Huston is in charge. As for the look of the film, it almost looks great, but the black-and-white nature impedes the gorgeous Italian locale. 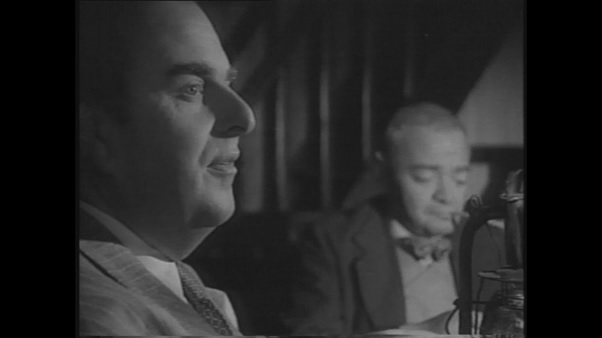 The reception Beat the Devil got on release was far from kind. It was dismissed by most as a witless farce, and worse, but it's since developed a cult following. Bogart himself was not one of those people, and didn't like the movie, even reportedly saying "Only phonies like it.". I imagine he was particularly sore about losing money he invested in the production, as well as its harsh critical reaction. Try as I might, despite going into this film expecting a wickedly funny satire I didn't find it to be that at all. 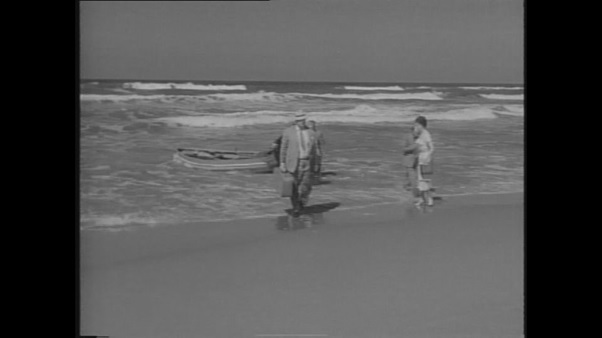 As the film is in the public domain, some prints are better than others. Mine is Mill Creek (on a 50 movie box-set), and it's decent, though if there are any spiffed-up DVD's out there, I recommend hunting those down. Beat the Devil isn't all that great a film, though you may disagree, and really like the film. Who knows. At the very least, it's slightly worth watching for its cast...
Posted by Chris Hewson at 5:53 PM