The Cranberries-Linger: A Music Video Review and Analysis


I don't exactly make it a habit to review music on this blog, but I've found myself doing it once or twice, like the essay I wrote for the music video of Little Girl by Sandra. The reason why today I'm taking an analytical look at Linger by The Cranberries is because of a Turkish friend who's a big fan of Dolores O'Riordan and wanted to see me tackle this music video to find any meaning behind it...

Firstly, let's discuss the lyrics. They're pretty straightforward, telling of a relationship that's gone south, with the singer expressing her changed emotions to her ex. It's a simple song, but very well, both lyrically, musically, and vocally, and can hold special weight for those who have been in circumstances such as this.

The music video is a pretty strange one. Not strange because anything particularly weird happens in it, but just because of its look and feel, where we're shown a combination of things, people, and images that are bizarre in their utter randomness, all taking place in a mundane location, and shot in noir-ish black-and-white. On first glance it seems like it's imitating those French New Wave films you'd see in the 60s, and it turns out that wasn't far off as the look of the video was apparently inspired by Jean Luc Godard's Alphaville. How and if this ties into Linger at all though I cannot say, and perhaps it didn't lend more than a bit of aesthetic value. As for what meaning I read into it, with its imagery of the singer, a group of Jews, Mod women, and a Same Spade lookalike all together in a dingy hotel with repeated burlesque imagery, I...err, I'm having a bit of trouble thinking of anything! Maybe it's all just random. But I'm imaginative, so how about I try and have a sensible series of guesses as to what this collection could represent?...

We're met with an assorted group of characters in a seedy downtown hotel run by a shadowy branch of dentists, as seen on the building's rooftop. They either don't care that the electricity in the place is on the fritz, or this is part of an intentional societal experiment, perhaps to determine how to whittle away man's resistance to various forms of control. The residents of this hotel include a bunch of Mod girls, a group of Hasidic Jews, Dolores O'Riordan, and a determined private detective. The former two seem like part of the experiment. Two radically different groups are put through the same scenario. The detective seems like he's on the side of justice, arriving at the hotel to investigate the sinister goings-on, while Dolores is more of a wild card. Is she a loose cannon out on her own, maybe with similar goals to the PI, or is she working for the villains? This is clearly left ambiguous, up to audience interpretation. 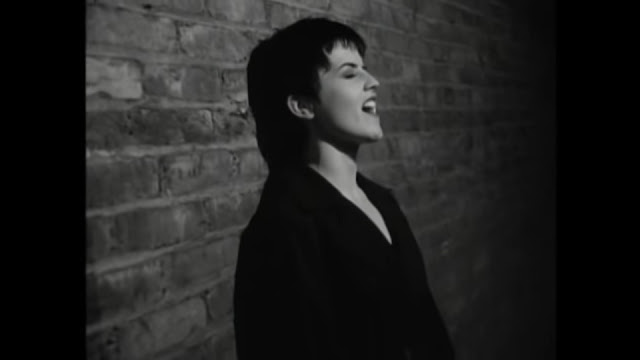 The setting is like a toxic living organism, where the grime is ingrained into the walls, and the signs and machines seem to be lying at every turn. We see a nonfunctional tv sitting on-top of a presumably switched off freezer proclaiming 'Ice cold drinks'. Neither of these promises are fulfilled, and no-one in this hotel can find any satisfaction, as is the plan.

During the moments where the electricity is out, we see both flashes of something resembling a headlight, and a torch. The former seems like a scientific apparatus and is clearly part of the greater plan, while the human controlled sources of light such as the torch seem to be the private eye hard at work searching for signs pointing to the truth.

We can only guess as to what this experiment entails, but a major clue must lie with the subjects. Female mods and Jewish males. In each of their rooms, photos of burlesque woman decorate the walls. It's not enough that these two disparate parties are brought together in close proximity, but even in private quarters the men are exposed to pictures forbidden by their religion, while their impact on the women could be an attempt to hurt their self esteem. The Mod women seem too cool to be affected by the photos, but the same can't be said for the males, who we see standing together out in the darkly lit attic to avoid them, but still unable to leave the establishment, instead retreating further into its confines, which is no true escape at all. 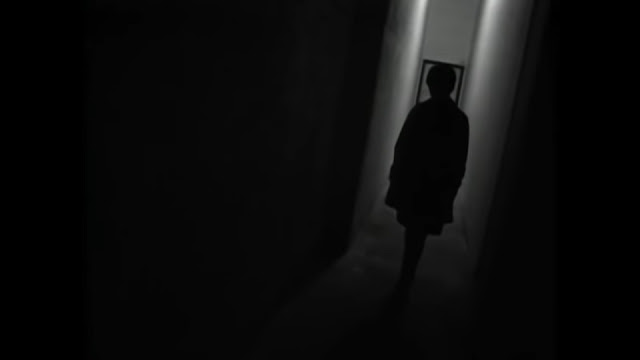 The detective, meanwhile, is not bound by any of the tests at play, but instead seems to be constantly on the trail for clues. Whether or not he succeeds is up for conjecture, since he is but one ill-equipped man up against a powerful corporation-One man fighting against a whole 'living' building-the odds don't seem to be in his favour. As we see him engulfed in the same negative colouring as those he's trying to protect, perhaps he too has become one of the victims, striving to put right what he is simply unable to make an impact on.

Finally, we see Dolores doing quite a few things when not singing. One noteworthy mission is going into an electronics store. Clearly she intends to build some sort of device to either aid or neutralise whatever hold the dentists have on the residents of the hotel.

A possible clue to Dolores' allegiance is when she walks in on the men enjoying a burlesque film. Could they just be other patrons lulled into the same sexy trap as the others, or are these staff members? The way Dolores walks in in front of the projector, not paying the slightest bit of attention or interest to the nudie film, comes across as a power play. She might be telling the people behind this dastardly plan that she's not controlled by their technology and will stop them no matter what, and nothing they can do will get rid of her. 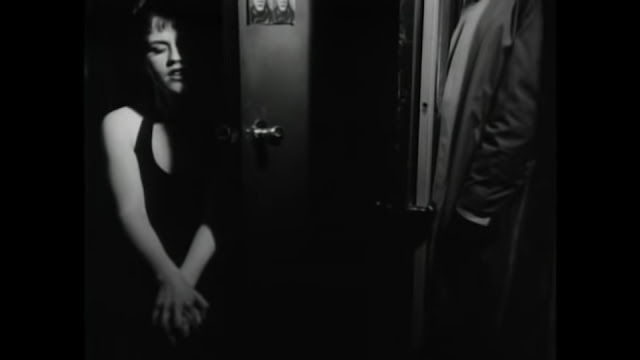 In-between all of this, she also seems to be going through the break-up described in the song, as we start out near Room 106, we're shown someone in a room with a board of keys, then the video ends with Dolores entering Room 306, signifying letting go of her boyfriend and moving out on her own. Though the fact that they're still in the same hotel building, even if in different and floors, means he's still not a great distance away, hence why he might still have a hold on her feelings, unable to let go of her despite dilly-dallying with another woman and lying his ass off.

The music video doesn't seem to end with any answers, but maybe the headlight no longer flashing at a blinding rate but to a much weaker degree is a sign that victory may have been achieved over the nefarious overlords. I guess the moral of the story is don't mess with Dolores O'Riordan!...

So, what are your thoughts? Am I on the right track? I definitely think I am. The evidence is right there to see, plain as night! But I shall let you be the judge...
Posted by Chris Hewson at 1:40 AM