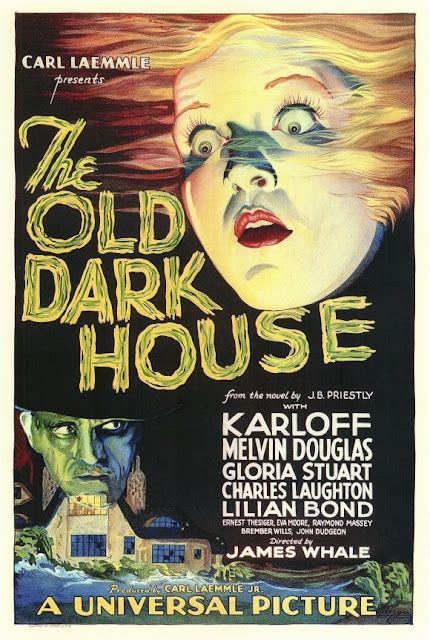 Husband and wife Philip and Margaret Waverton are on a road trip to a small country town with their friend Roger Penderel, but get caught in a storm. They seek refuge in a large house, populated by an elderly brother and sister who seem a little on the odd side, and have a butler in their employee who's a scarred mute with violent tendencies once he gets drinking. Soon, two more unexpected visitors come in from the storm-Gladys, and Sir William Porterhouse. Everyone has a nice enough time with each-other, with some parties having thoughtful discussions, while others sneak off to get hammered, but unfortunately the butler decides to have a drink too. And you know what that means...

Thought lost for decades until its fortuitous discovery in the 1960s, The Old Dark House is an experience that didn't disappoint! It's a rare film that can go missing for decades, then live up to the mystique it's built up. Coming from 1932, The Old Dark House is a good old fashioned horror film  that also has a laugh along with the audience. What's great about the movie is how well it handles both its genres! Just because it's a comedy, doesn't mean it's a goofy farce. Rather, everything meshes really well together! 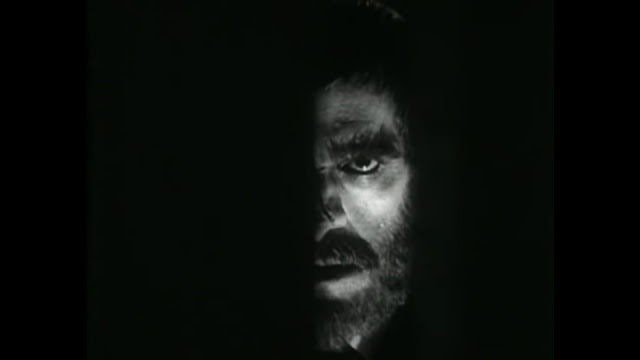 The atmosphere builds up well, from the raging storm outside, to the ominous place of refuge, which sits alone on the landscape and cuts a large figure in the night. Inside is a spooky Victorian Gothic design, with billowing curtains, low lighting, and cobwebs decorating the rooms. It's your typical haunted house, and looks like a wonderful place to spend a Halloween. All of the chills are only increased by the hilarious and creepy family members, from the grouchy and staunchly religious Rebecca and the irreverent Horace, to the mysterious Roderick and pyromaniac Saul, and the temperamental butler Morgan.

The comedy here is often very funny, with a lot of it coming from the dialogue, and the actions of the characters. From casually discussing a batch of roses on the fire after commenting on how nicely they've been prepared, to Horace's insistence of calming everyone down with potatoes. My favourite line was from Saul-"You see, I am a clever man also. That is why we understand one another. That is why you understood so quickly that I wanted to kill you". There's lots more to laugh at, and I shall reveal none of it. 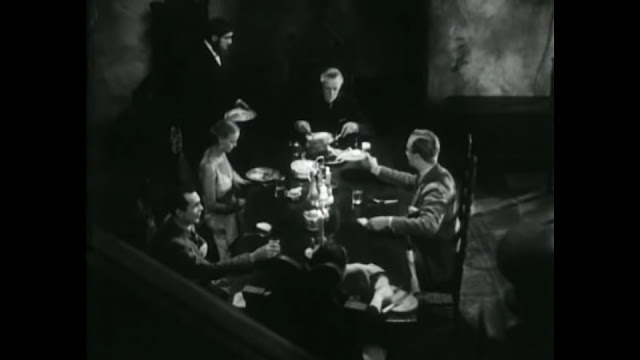 One weird thing though is how calm the ending is. After a tumble off a bannister [railing], the threat is completely defused, and there's no big crazy finale or huge conflagration. That would've been a predictable route to go, but this is a movie built on following all the tried and true cliches in fun ways. As it stands the ending is ok, but perhaps just a little too uneventful.

The colourful characters are what really make this movie. The Fem family are a loopy bunch, all with their own quirks. Just because he's only the butler, that doesn't mean Karloff is a minor presence. Far from it, he's the one who sets all the dangerous events of the story into motion. 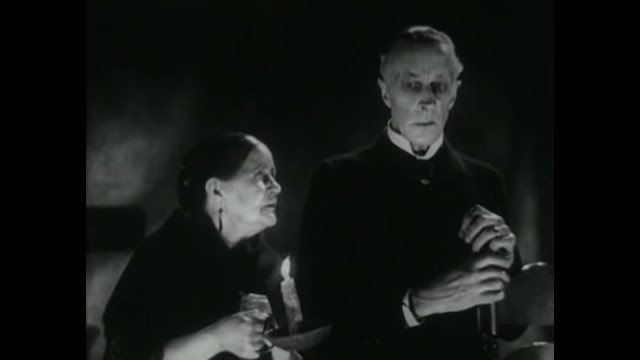 While Roger started out a bit annoying (in an intentional and amusing way), he became more endearing once Gladys enters the picture. Their romance is hilariously rushed, perhaps deliberately so, but the characters and actors do still have chemistry. Roger can even be quite serious and heroic when the occasion calls for it, and you can see why the Wavertons are friends with him despite his snark. Roger and Gladys end up being so fun that they eclipse Philip and Margaret, who don't really do a great deal as the film rocks on. They're still likeable enough though. Sir Willian Porterhouse, meanwhile starts out as a bit of a loudmouth, and somewhat abrasive guy, but gets quite an emotional and character informing moment.

The acting is all enjoyable. The protagonists do good jobs, coming off as distinct, as do the villains. Karloff (credited only by his surname in ALL CAPS) doesn't get the biggest of roles when compared to later movies in his career, and he doesn't speak a word here, but he's still an intimidating figure. With figures like him, Ernest Thesiger, and Charles Laughton, there's lots of thespians to enjoy here! 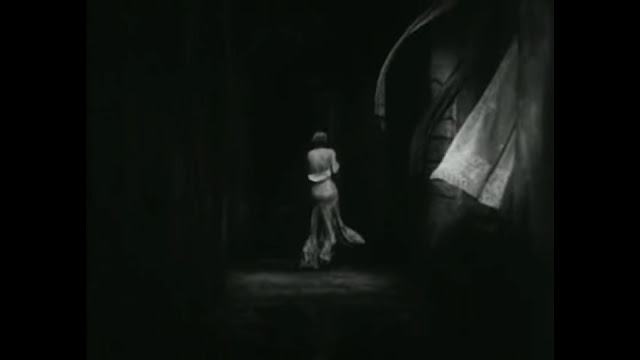 The Old Dark House is a wonderfully spooky and funny film, and I can't recommend it enough! It's proof positive that sometimes older is better...
Posted by Chris Hewson at 10:54 AM