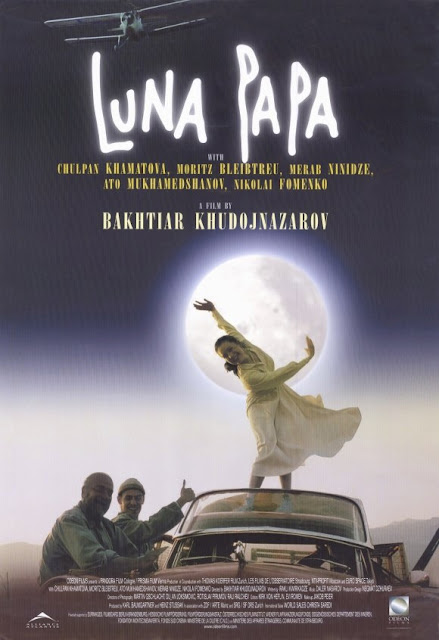 The mountainous nation of Tajikistan is one that's often forgotten by the rest of the world, but despite this, and despite setbacks in their own country, they've still managed to make at least a small impression on the international cinema stage, like with the Bakhtyar Khudojnazarov production Luna Papa...

In a small village, a young woman named Mamlakat ends up mysteriously pregnant. Aided by her father and mentally impaired older brother, she goes out in search for the father through the neighbouring countries. Throughout their journey, the family comes across many trials, and have no luck finding the father at first, and Mamlakat finds herself having to adjust to her changed life back home... 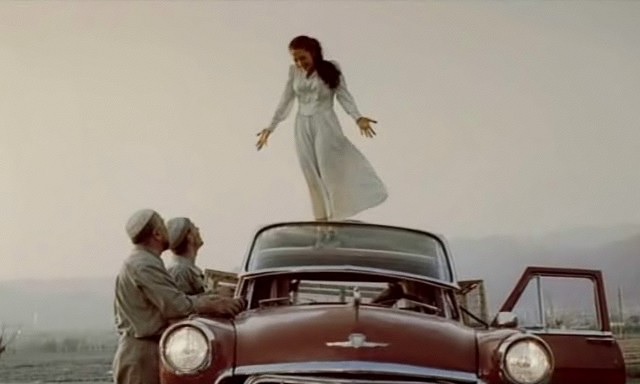 Luna Papa is a somewhat interesting fantasy realist production. The story moves along nicely, with a neat narrative device, likeable and distinctive characters, and quirky situations. There's a good mix of comedy and drama, and the movie at times feels like an odyssey throughout the regions of Central Asia.

I was left confused though by whether or not Mamlakat's pregnancy was supernatural or not. If it was just the horny pilot, how did he romance and bang this young girl who doesn't even seem to know what sex is in under 30 seconds, all without ever showing his face to boot? And how did he have sex with Mamlakat without the two of them ever actually having had sex? All we see is her moaning in pleasure as/while she slides down a hill. Maybe it's meant to be metaphorical, but it didn't really seem that way to me, when so much else in the movie plays out normally and literally. 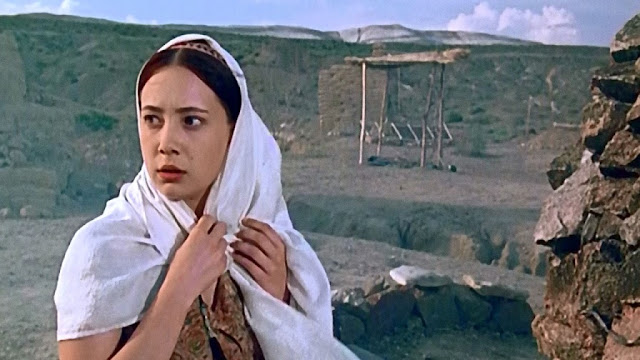 I was disappointed with the direction the story took near the end. It's like the author wrote himself into a corner, and so we're treated to a plot development akin to a Monty Python skit that's played straight. The movie just sort of ambles along after this point, until reaching the end, which is bizarre in a way that wasn't really signposted before this point, making it feel a bit much.

Visually this is a great movie! The scenery is beautiful, with its deserts, mountains, and ocean-like lakes.

I also found the country itself an interesting sight, with how it seems a mix of older times and modern day things   The film is from the 1999, yet it has a timeless feel that could take place in any other decade of the 20th century. Or heck, it could look like a post-apocalyptic world where everyone's trudging along with what remains of modern day technology! Quite a definition of timeless when it looks like both the past and the future!*

*PS, I sure hope that statement doesn't end up being accidentally insulting to Tajiks! "Uhh, no, I meant your country looks post-apocalyptic in a nice way". 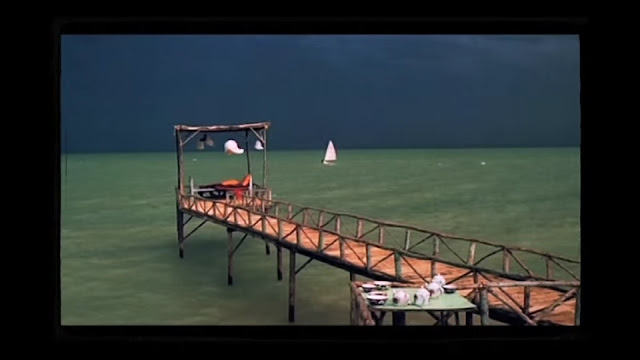 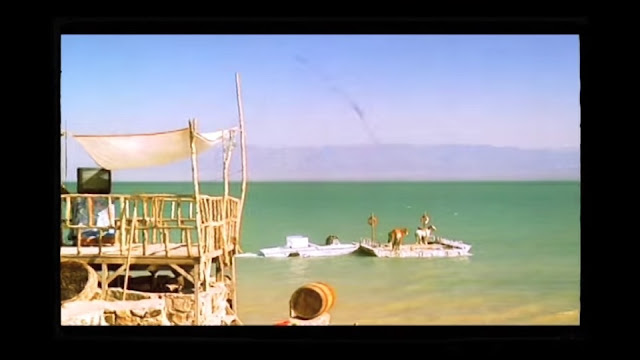 The score is quite good, with some  pieces, though one is perhaps repeated a bit too much, making me wonder how much music they actually had written.

The acting is quite good! Chulpan Khamatova is convincing in the lead role, Moritz Bleibtreu is quite good as the mentally challenged brother forced to adapt near the end, and Ato Mukhamedzhanov works well as the father trying to make the best out of a bad situation. I was a little disappointed upon finding out most of the actors aren't actually Tajik, but I guess it's not that big a deal. The locals probably didn't mind, and also would've specifically liked these actors for all I know. Plus, there may not have been many Tajik actors available to begin with! Every Tajik I've spoken to has reacted in surprise to this movie even existing, with the response of "...We have a film industry?". 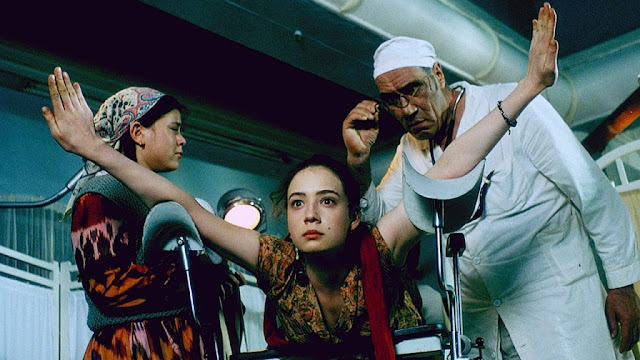 Luna Papa is a weird and flawed picture that didn't really come together for me by the ending, but it's still an interesting movie for sure, with its sometimes stunning and surreal visuals almost reminiscent of The City of Lost Children.
Posted by Chris Hewson at 8:46 PM