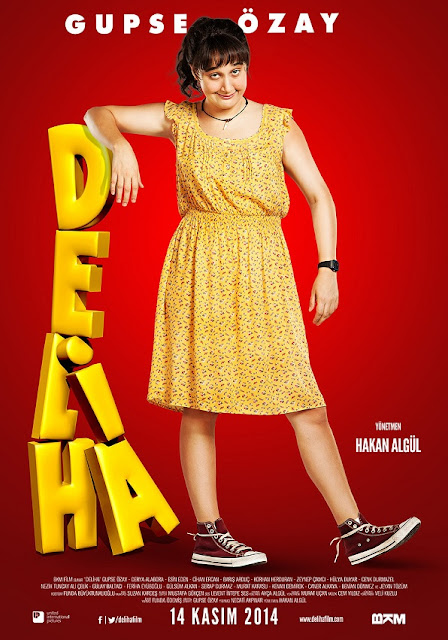 When not pointlessly remaking/plundering classic IP's such as Hababam Sınıfı, modern Turkish comedy films have/the modern comedy scene in Turkey has been quite prosperous, with series' like Recep İvedik, the films of Cem Yılmaz, and the works of Gupse Özay, as I'll discuss today...

Eccentric woman Zeliha is wanting for love, and decides to go to a local fortune teller to  Irritated by his unwillingness to tell her anything except for past lives, she threatens him, and he hurriedly rattles off the first random letters he sees on a bottle of cleaning fluid, telling her they're in the name of her future beloved. Incensed by this knowledge, Zeliha goes in search for someone who fits the bill, soon bumping into handsome new tenant Cemil, who's just opened a photography business with his brother Cemal. Zeliha immediately falls for the aloof and hunky brother, while the more down-to-earth Cemal falls in love with her. Helped by her friends, Zeliha goes to various lengths to try and win her new crush's heart, despite his utter lack of interest... 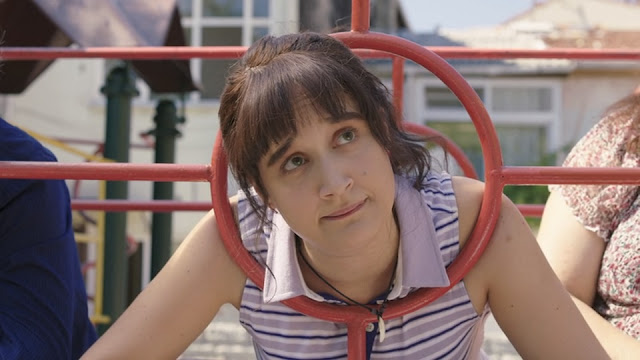 Deliha is a very entertaining romantic comedy, and one that feels relatively fresh and uncliched. Its lead character is quirky in an endearing way. Definitely a crazy girl, and not to everyone's taste I'm sure with her loud and boisterous nature, sharp tongue, and unpresentable demeanour, but she grows on you quickly, and is a fun heroine to follow.

Her friends are all equally fun characters, from Fatoş, the meek Havva, who takes charge more once unwittingly spurned by the dopey Tayyar, the intensely depressing and fatalistic lyricist Fevzi, as well as Zeliha's family. The closest the film has to a villain is landowner Faik, who tries making things as difficult as possible for his long-suffering tenants.

The story to Deliha moves along nicely, with never a dull moment. There are a few frustratingly hard to watch scenes though, courtesy of misunderstandings. Siiiiighhh, the greatest blight/boon to romantic comedies! Thankfully those completely fizzle out after the big one right before the last act. 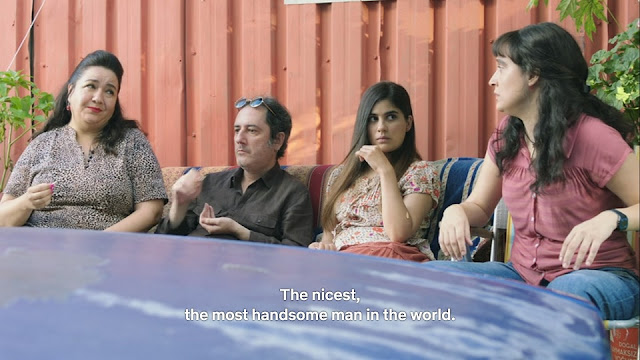 There's a variety of funny moments, from the initial fortune telling visit, Havva's militant romantic advice, the encounters with Faik, and Zeliha's reaction upon finding out the truth of her Cemil/Cemal confusion. One scene I particularly liked was a chase later on, where the characters start decreasing weight from their ramshackle getaway vehicle by throwing watermelons off the back, then before I could say anything, they themselves were voicing my concerns and going "No, what are we doing. We can't waste food!", and relinquishing the excess weight by different means.

The acting in Deliha is very good. Over the top at times, but always amusing. Gupse Özay disappears into the role of Zeliha, looking nothing like she does in real life, and delivers a great performance. The other cast members all do fine jobs too, such as Cihan Ercan, Hülya Duyar, Cenk Durmazel, Zeynep Çamcı, and Ali Çelik. 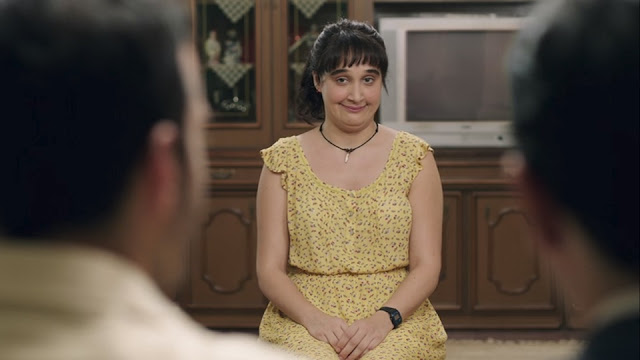 There's very nice scoring here, from the main theme, to other recurring tracks, and there's a nice rendition of Hep Sonradan too, courtesy of Özay.

Deliha isn't necessarily everyone's cup of tea, but I found it very enjoyable. 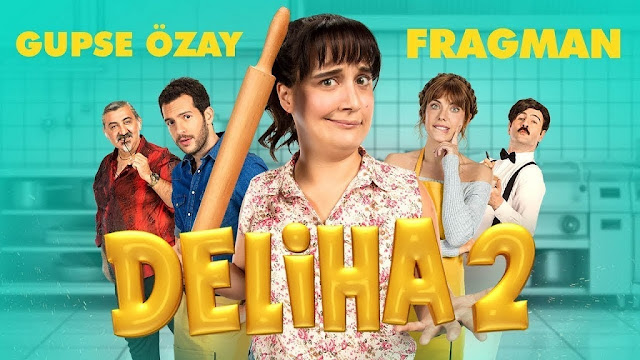 Recently, Zeliha has been hunting for a new job, with little success. After a scuffle with the scuzzy Faik, now the owner of a new diner, her culinary interests get her a job at the neighbouring restaurant. Zeliha's clumsiness and inexperience quickly makes her a nuisance around the kitchen, but her unpredictable skills and unlikely intuition also serves to aid the restaurant's burgeoning reputation... 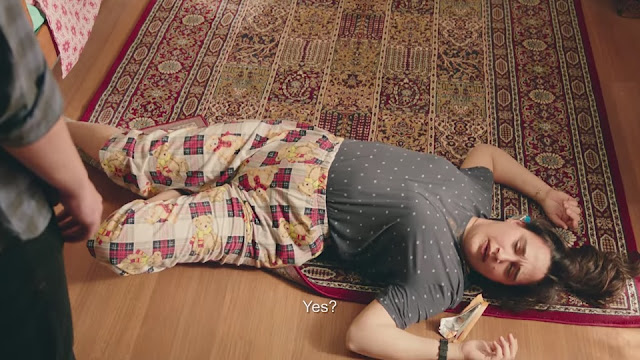 Deliha 2 is a follow up that entertains just as much as its predecessor, if not more. The first problem right out of the gate is the way it writes off the romance of the previous film, and while that is incredibly annoying, the movie proceeds to ignore that completely and focus on new things. Whereas the first entry was more of a comedic romance, this sequel has a larger focus on Zeliha's time as a chef. The beginning of the film has amusing moments of job searching, and while one could imagine these taking up more time, they're really only the first 10 or so minutes here, which I like. Not that I'd have minded them being longer, but it's nice showing Zeliha's smarts just as much (if not more) than her klutziness.

The restaurant is a good location  with mostly distinctive and likeable characters, hilarious scenarios, and genuinely effective drama and heart. There's definitely a healthy mix of Zeliha humorously messing up, and being a genuine help. She's a great protagonist, and moreso in this than the first comes across as gentle and likeable, despite her unpolished exterior 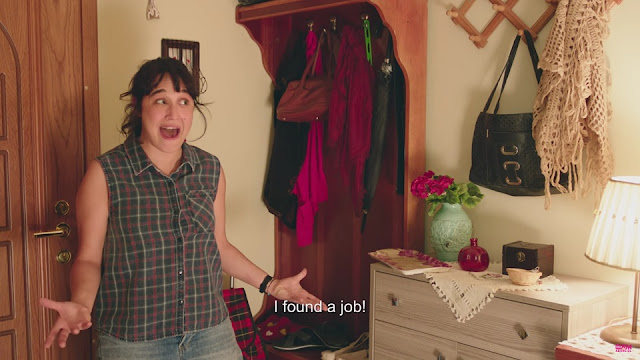 Zeliha comes across almost tamer in this film, but is still a wild soul in all the best ways, totally willing to throw down when someone does wrong. Since she already got her romance in the first movie, this story focuses entirely on her career, which is nice to see.

The restaurant's staff are a good new addition, as mentioned above. There's not a lot of the first film's main cast, but many of the background players are still present, along with some new ones, such as an irate but goodhearted dwarf, as played by Şeyma Gökşenli. Cemal and his brother are gone, as is Fevzi, Tayyar and Havva. Given the film's new setting, it makes sense why these characters aren't present as much, especially since we've got a new set of supporting characters at the restaurant, but their presence (Havva's in particular) is missed in the early scenes, where we only see Fatoş. Zeliha's mother doesn't get a whole lot to do, but is present enough, and her cute granny gets a fair amount, with her taste in classic Turkish horror amusing me a lot. 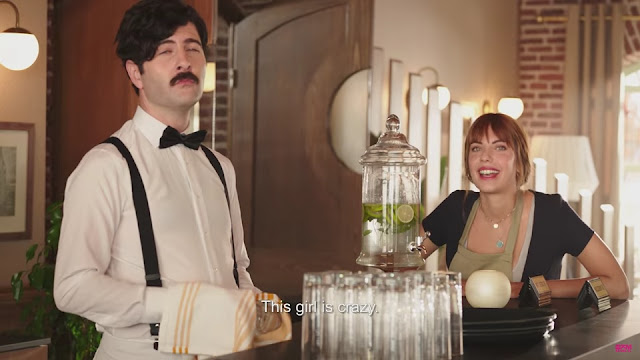 Deliha 2 definitely hits the comedy out of the park. There are very funny moments, like Zeliha's amateur cooking at home, her first time in a professional kitchen ("Bu ne? Şu ne? O ne?"), the restaurant staff's misunderstanding of Korean emotion, and many more.

The film contains more fantastical moments than its predecessor, like kooky fantasies, and garish visual or sound effects during some moments. These work well, and don't feel like too much. 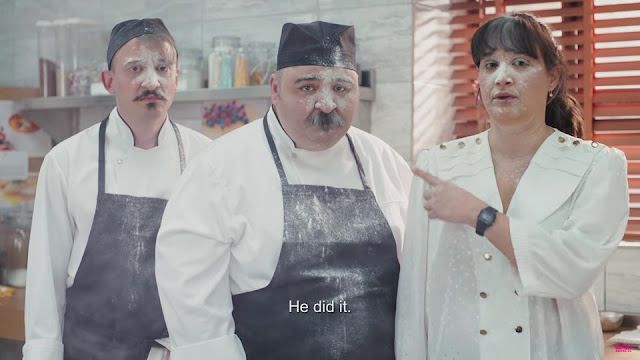 Gupse Özay is a great lead once again, while Eda Ece is a great counterpart to the more bombastic lead. Aksel Bonfil is fine as the hunky chef, and everyone else does well. 'Everyone else' consists of around 15 other actors, just about, so apologies for my not mentioning them all by name! They know who they are.

The soundtrack to Deliha 2 is very good. We've got both returning tracks from the previous film, as well as new ones, and some fun Yeşilçam leitmotifs and songs, such as Hayat Bayram Olsa. 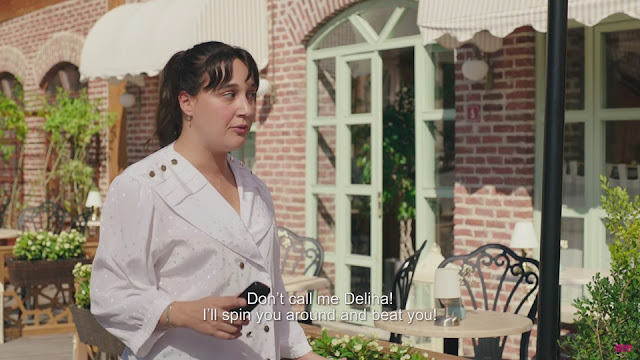 Deliha 2 definitely proves this character has staying power, and I hope she sticks around. I also hope we got a new movie in the series sooner than four years, but at least we can always be sure that such gaps only mean Gupse Özay is working on other great material, which is always a treat. If you're new to modern Turkish cinema (or Turkish cinema period), I highly recommend the Deliha series...
Posted by Chris Hewson at 9:01 PM