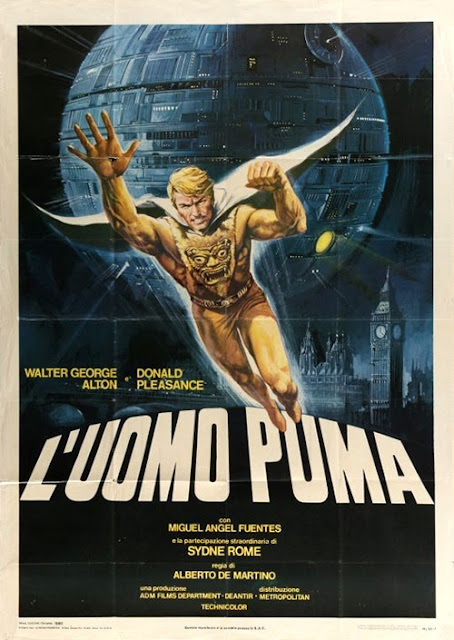 Regular joe Tony Farms is an American paleontologist working in London. Lately, disturbing events have been occurring, with several Americans being killed, and Tony himself also soon finds himself tossed off a building. Luckily for him he was found by the right person. South American priest Vadinho tries to convince Tony that he is the Puma Man, and must take up the mantle to defeat the evil Kobras. Tony is skeptical at first, but quickly realises how real everything is, and must master his newfound powers if he has a chance of saving the world... 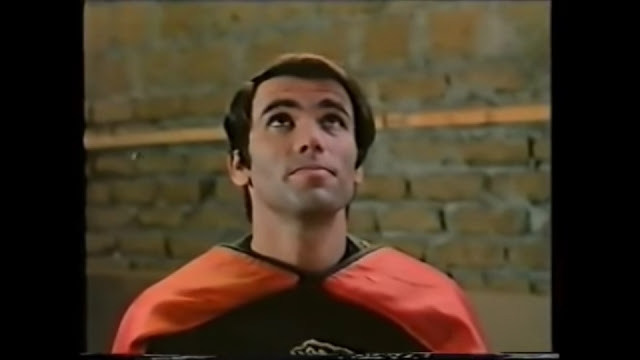 On the surface, Puma Man is a pretty terrible movie. It's cheap, got bad effects, cheesy sound effects, and hokey writing. Despite all this, the movie is loads of fun! It has a harmless and infectious charm to it, that helps make it enjoyable despite its numerous hilarious flaws.

The story is simple, but satisfactory, with just enough common tropes to be fun, while bringing lots of enjoyment to the table. As for its tone, the film gets a lot of flack, which might a little unfair to a degree. The movie's not a comedy but I wonder if was intended to be at least a little goofy and over-the-top. Some elements are definitely unintentionally bad, but like such movies as The Refrigerator before it, I think the filmmakers were partially in on the joke. 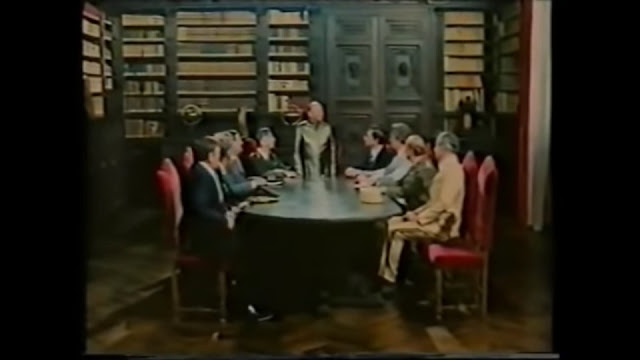 The MST3K version is the most famous, but it's not actually the complete film. A few scenes had to be trimmed to meet the show's time constraints. These 'extra' scenes actually clear up a couple of little plot holes in the shorter version, such as why throwing out random Americans out of windows is meant to reveal the Puma Man to Kobras, as well as who the heck Tomy's seemingly out-of-nowhere friend is.

While it's showing a fictional belief (as far as we know???), it's nice to see a superhero film (and film period) big on Native American spiritualism. It doesn't treat it as a joke, but with a nice solemnity and reverence that really makes you believe that there are Puma Gods. There are even a couple of lines that are legitimately good answers to major religious questions that still come up to this day.

"Are you sure they're up there listening to you?" "Of course." "And are they powerful?" "Absolute" "Then why don't they give us a hand?" "They always do, only we do not usually know it.", and the later exchange of "Man is free. Man is master of himself. But if they come, man is no longer free." 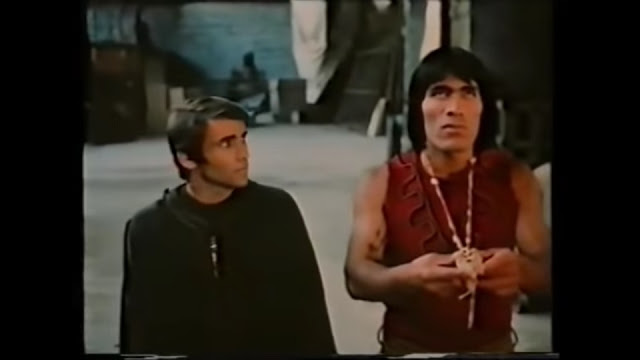 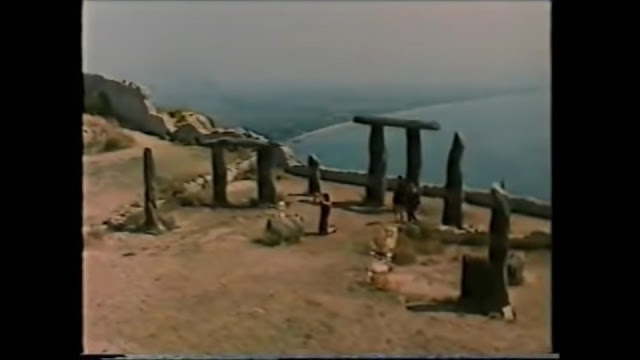 Tony is a decent-ish enough protagonist. He sensibly thinks Vadinho is friggin' crazy at first, and is then reasonably skeptical, but not ridiculously so. When he realises what's going on, and the gravity of the situation, he comes around quickly enough. He does whine a little, but not to an annoying degree, and while Vadinho has to get more involved than most other mentors, Tony isn't useless

I like Tony and Vadinho's  relationship. Vadinho is definitely a more hands on mentor, actively helping in dangerous missions, and being pretty on par with the hero's strength. I feel it helps make him a formidable ally, and it doesn't just come across as a student-mentor relationship, but two partners in 'crime'. I also appreciate that he doesn't succumb to the tired cliche of the mentor dying in the third act. As for the biggest problem people have with this character, I'd say the 'mentor overuse' issue doesn't really come into play until the climax, as that's the only time Tony isn't kicking ass regularly. 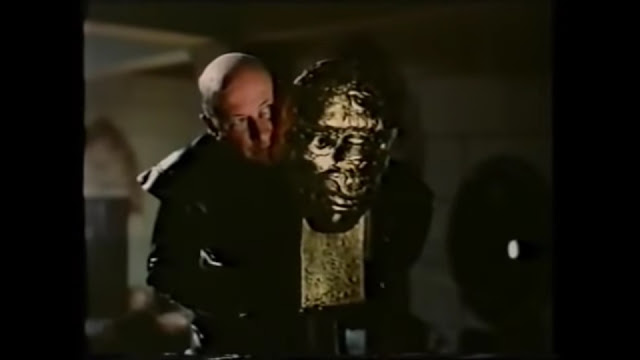 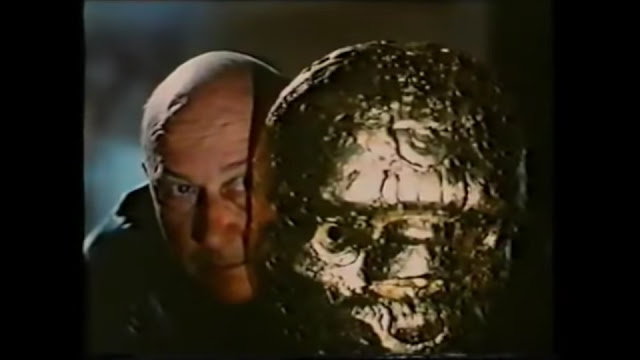 Kobras is a cheesy cliched villain, and has terrible fashion sense. While the latter problem can't be remedied, there is some fun at least in how traditional a baddie he is, with his penchant for standing ominously and making evil remarks, his aspirations for world domination, his thug henchman, etc.

As far as lawyers go, Walter George Alton isn't that bad of an actor, and I do mean that in a good way. Miguel Angel Fuentes is likeable as Vadinho. He exudes a feeling of strength and wisdom, playing the mentor role well. Donald Pleasence (not Pleasance as the erroneous credits misspell it as, same with me in this very review at first) does well. Not at his A-game obviously, and you get the impression that he knows it (He would later recall this as being the worst film he ever appeared in), but he's certainly not bad. He is Blofeld after all! He can play villains to a tee!

The effects in Puma Man are the lowest point   The worst by far is the flying, which is really bad green screen projection work, overlaid with the actors clumsily swimming around on a string, all the while the projection can't keep still, giving the effect of falling at a 60 degree angle and breaking the laws of physics. The close quarters flying is handled better. 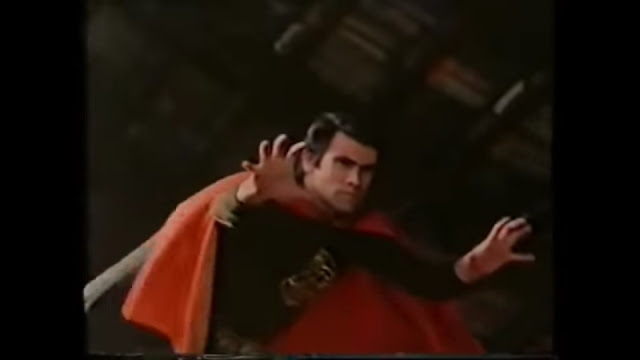 The Puma Man outfit looks neat. I like how the cape has a sort of poncho effect when it's not unfurled. It has a distinct South American feel to it. Besides that, the rest of the costuming is somewhat ridiculous. The mask is well crafted, but looks cheap and feels too lightweight

The best effects in the movie are those of destruction. The cars, brickwork, and walls Tony busts apart all look convincing, with the former effect looking the best.

Despite sounding like it came from a casio, the score is pretty good. A lot of it is the one tune arranged a few different ways, from the jaunty main iteration, to the softer melodic piece. They sound effective. Others I didn't like so much though, like the one that plays during the 'mind travelling' scene, which seems to be trying to sound ominous, but the core music is far too happy to achieve that. 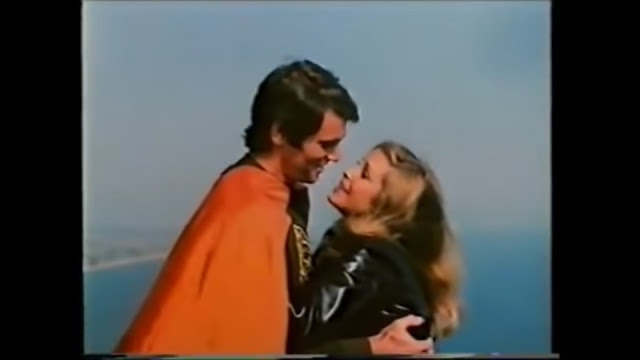 Puma Man has got a fair bit wrong with it, but I still think it's great fun. The MST3K version is very funny, and that comes heartily recommended, but I also suggest you watch the film on its own if you can stand excessive cheesiness, as it does stand reasonably well on its own two feet...
Posted by Chris Hewson at 8:59 PM