Visitors from the Arkana Galaxy (1981) 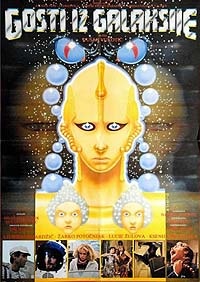 Struggling writer Robert has come up with a new idea for a science fiction novel, but he's unsure of what direction to take it in, and feels pressured by the people in his life, such as his girlfriend Biba. One lonely night while working on his manuscript, he receives a message from the robot woman Andra, one of the characters from his book. Shocked at first, Robert goes to an isle to meet with his creations, and find out what they want... 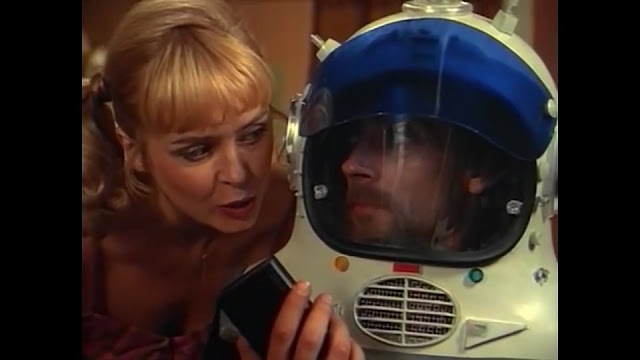 Visitors from the Arkana Galaxy was an interesting film to seek out from the get-go. A Yugoslavian sci-fi film? Sign me up! Then I got to thinking, how could 1980s Yugoslavia possible produce a big budget science fiction spectacle on par with Star Wars, with great space battles and epic alien landscapes? As it turns out I should've listened to that feeling, because this movie is set entirely on Earth! It does so in a way that makes sense though, and doesn't feel like a cheap excuse to keep the budget low. 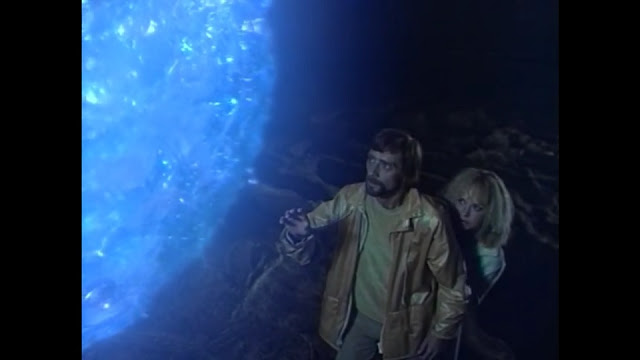 The plot is kooky, in a low-key kind of way, if that makes any sense. Weird things will happen and characters either aren't as shocked about it as they should be, or they have reactions that are utterly bizarre to normal people! The character of Biba epitomises this, like when she strips off to show the robot woman why she hasn't got a hope of winning Robert over. The story itself isn't concerned with major world shaking events, but more on smaller moments. The aliens for example only wanna hang out with Robert, while the authorities could not give one less of a shit about extraterrestrials.

The movie moves by at a quick enough pace, but not much happens. For example, by the hour mark, all that's really happened is Robert chats with his creations a bit, and they're visited by some dopey earthlings. Oh, and his apartment gets vacuumed. The film isn't boring, or even poorly paced, but it is thin. I was a little disappointed that the film doesn't delve more into what the aliens want, the limitations of Roberts powers (if there are any), or how he can even do this. But then again, those questions might be too for a movie as silly as this. 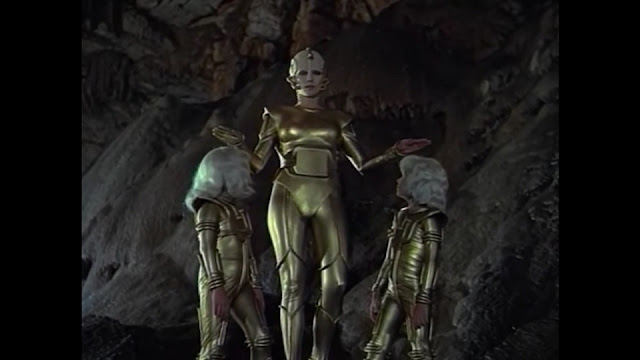 All of this culminates in a weird finale! Visitors from the Arkana Galaxy isn't a full-on comedy for the first hour, nor is it a horror, yet the last act seems to be intent on being both. It is funny, but this comes at the cost of the climax being in any way tense, as well as feeling a tad weird compared to what the film was like before. The worst part is that Robert and the aliens don't play any part in it! The reason the monster even goes on a rampage to begin with is tenuous at best. It's not like the government comes knocking on Robert's door to kidnap the aliens and take them to Yugoslavia's version of Area 51. Overall, it feels a little like this climax was just trying to pad the movie out beyond an hour, as if the writer had run out of ideas for the other characters.

The final scene of the movie however is pretty fantastic! It's high concept lunacy, and it's brilliant! 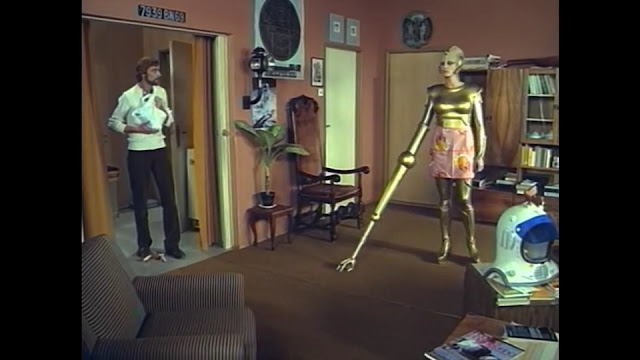 One thing that impressed me about the film is how readily people believe things. Often in movies, characters will ignore so much evidence that real people would listen to just to keep the 'suspense' going, but here, when a person sees something odd, they act! It's also interesting seeing how the community of a seaside resort react to such an an alien landing. Unfortunately the movie...uhh...goes just a wee bit too far, like when everyone strips naked to show the aliens that they come in peace.

The acting is pretty decent, with some performances being better than others. Žarko Potočnjak convinces as the lonely and pressured lead, while Ksenija Prohaska is great as a robotic personality with emerging emotions. The kids however fare less better. They're often amusing, but uh, to describe them as being good actors would perhaps be a bit too generous. Noted Yugoslavian actor Ljubiša Samardžić delivers a decent enough performance here, but doesn't get much to do, and his whole character arc ends up becoming pointless by the end of the movie. 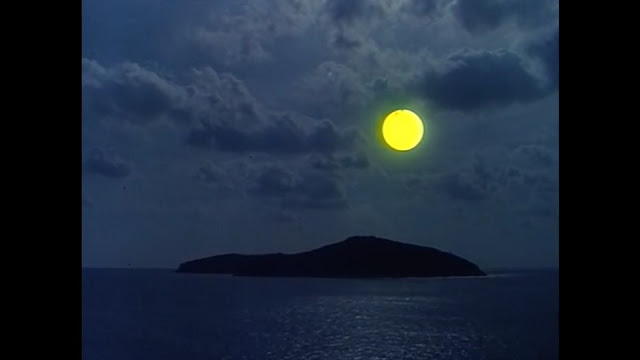 The effects here are definitely the best part! While some look more cheesy than others, the costumes look good, especially for the robot Andra, and moments like finger blasting followed by an electric swat, 'anatomy class', and laser eyes are all entertaining to see. On top of all of this, there's also the occasional use of neat stop motion! Not all of the scenes look convincing, but the really fake ones seem to be played for laughs.

The biggest effect is by far the monster Mumu. He looks stellar, though the impact is a little lessened when you see him in full light, and for prolonged periods of time. He ends up becoming less threatening and more silly. Apparently cult auteur Jan Svankmajer contributed to the movie's effects  Yeah, I can definitely see that!

The direction by Dušan Vukotić is very good, and there are many really well staged moments throughout! He really makes the most of the locations he's given, too.

This film was a co-production between Yugoslavia and Czechoslovakia. Kinda interesting that it's made by two countries that technically don't exist anymore! If we were to address it by today's standards, Visitors from the Arkana Galaxy would be a Croatian film, and it makes great use of the natural scenery, and the colourful locals. 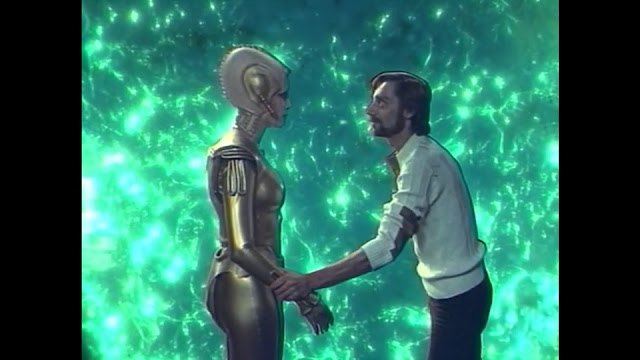 Visitors from the Arkana Galaxy is a flawed movie, but it's nothing if not creative, and I recommend it, especially if you're interested in Balkan cinema, and wanna see how they tackle genres like science fiction...
Posted by Chris Hewson at 8:08 AM